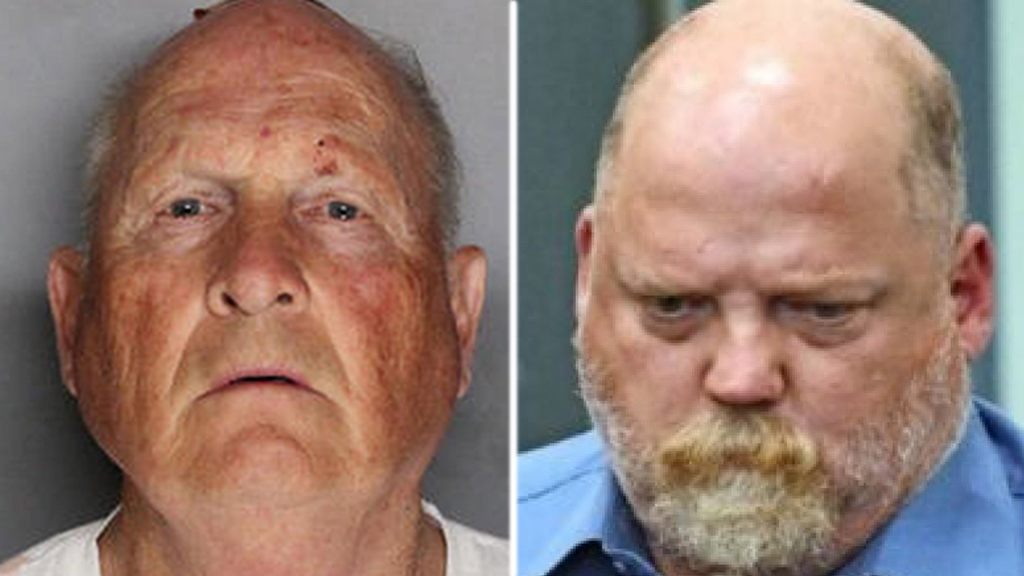 DNA, genetic genealogy made 2018 the year of the cold case: 'Biggest crime-fighting breakthrough in decades' 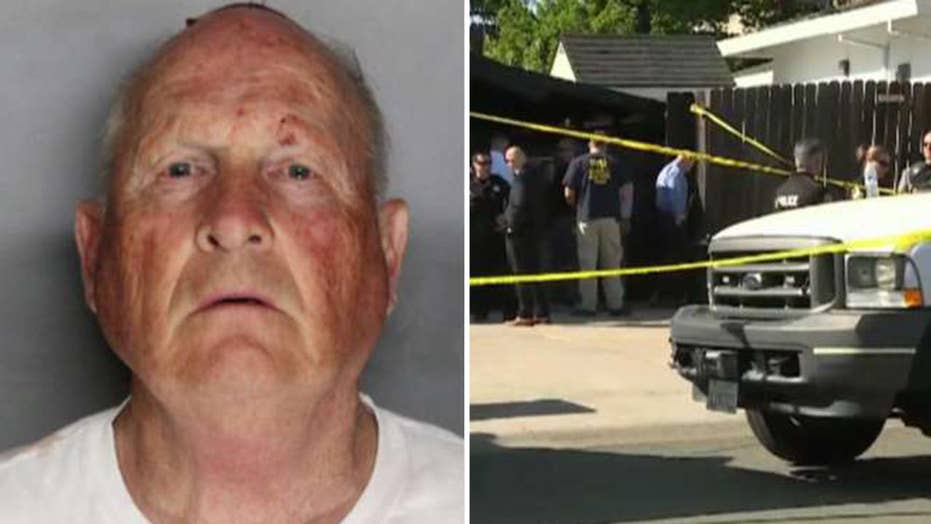 Law enforcement’s new partnership with genetic genealogy made 2018 a year of profound impact in how years-old cold case murders and rapes are investigated and solved.

Detectives across the country said they were able to locate suspects in 27 cold cases this year after uploading crime scene DNA to GEDmatch.com, a public genealogy website, obtaining a match and then letting a genealogist create family trees through painstaking research that ultimately led to a suspect. 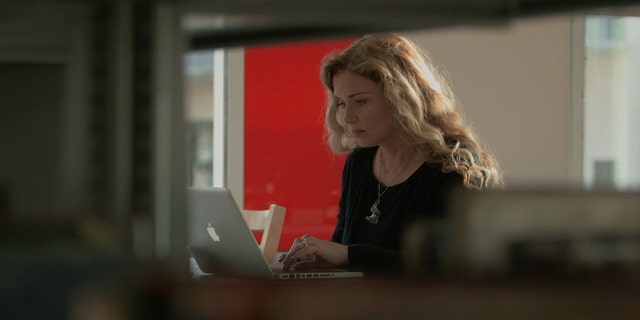 In April, Sacramento police arrested Joseph James DeAngelo, 72, as a suspect in the notorious Golden State Killer case after finding DNA matches to his third cousins in GEDmatch. DeAngelo, a former cop, is accused of committing more than 50 rapes and 13 murders from 1974 to 1986. 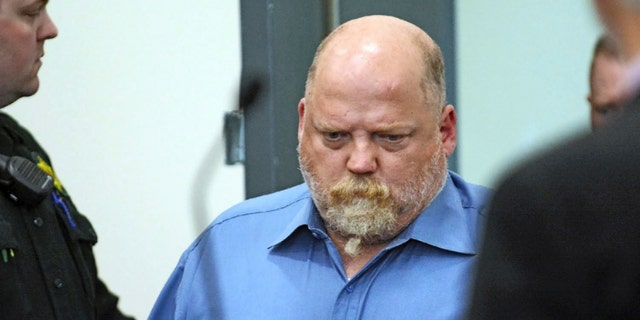 William Talbott II, 55, of SeaTac, Wash. has been charged with first degree murder in the deaths of Tanya Van Cuylenborg, 18 and Jay Cook, 20, in 1987.
(Charles Biles/Skagit Valley Herald via AP)

Since then Parabon said it has used crime scene DNA and GEDmatch to identify suspects and persons of interests in 24 cold cases and one fresh case and turned the names over to law enforcement agencies who paid for the research. The names of suspects in six of the cases haven't been publicly released, according to Parabon’s Pamela Armentrout.

“The power of this new partnership between genetic genealogy and law enforcement has unlocked one of the biggest, if not the biggest, crime-fighting breakthroughs in decades,” Parabon genealogist CeCe Moore told Fox News. “And, it isn't just for cold cases. Applying genetic genealogy to active cases is where the real potential of this collaboration will be unleashed." 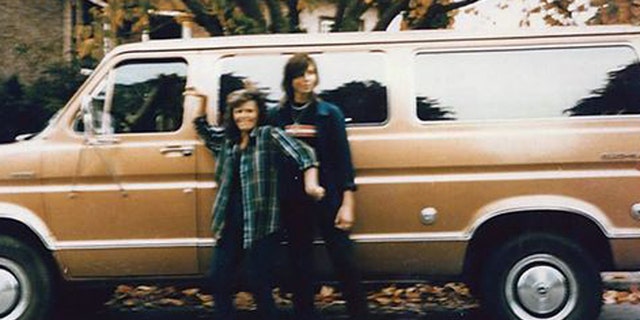 In July, Moore helped police in Fort Wayne, Ind., crack the 1988 murder and rape of eight-year-old April Tinsley, who was found in a ditch three days after her abduction.

Moore used GEDmatch to create a family tree that narrowed the possible suspect down to two brothers.

One of the brothers, John Miller, 59, confessed when police knocked on his door. He pleaded guilty Dec. 7 in exchange for a sentence of 80 years in prison.

Without going into detail, Moore said the genealogy search she conducted to find Miller and his brother was a struggle.

“I felt like I was battling through a dark jungle and I finally came out on the other side,” she said.

In Orlando, Fla., Moore and Parabon helped identify Benjamin Holmes Jr., 38, as a suspect in the 2001 murder of Christine Franke. The 25-year-old woman was shot in the head in her apartment and robbed of $300 in tips she earned as a server at a cigar bar. Police found the killer's semen on Franke's body.

“They (Parabon) told me that based on initial findings, it appeared that there were relatives located in GEDmatch that were potentially promising and expect to produce actionable information to work with,” said Michael Fields, the detective who arrested Holmes in November.

Fields said in a 72-page arrest affidavit obtained by Fox News that the relatives Parabon found in GEDmatch were a second cousin and a third cousin of the suspect.

“A full family tree was formed with the knowledge that could be obtained from public records, obituaries, criminal records, police records and interviews with known family members,” Fields says in the court document.

The affidavit goes on to say that Moore created nine branches of that family tree as part of her research. The family tree went all the way back to great-great grandparents.

Over the next few weeks, Moore drew up a list of possible suspects and then started ruling them out through a process of elimination.

Ultimately, the genealogist was left with only two possible suspects — Holmes and his brother, according to the affidavit. 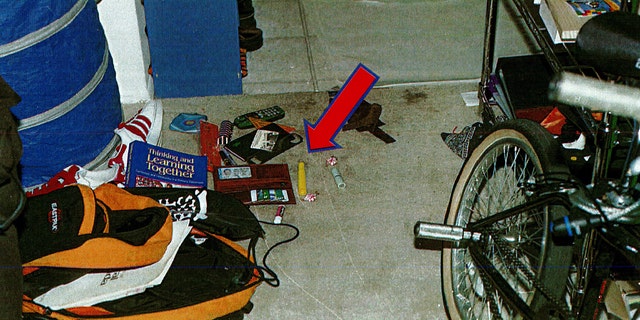 Christine Franke’s wallet and cell were found by cops on the floor and appeared to have been opened and left on the floor "consistent with the killer going through the wallet," according to the arrest affidavit.
(Orlando police department.)

The document says that investigators then visited their mother in Georgia who willingly agreed to give police a DNA sample. Her husband, the father of Holmes and his brother, refused.

Fields said in the affidavit that the mother’s DNA sample was collected from the inside of her cheek.

The mother’s DNA confirmed that either Holmes or his brother was the person who killed Franke, according to the affidavit.

Eventually, the brother was ruled out as a suspect after detectives obtained a DNA sample from him surreptitiously, the affidavit says. An undercover offered a bottle of Gatorade to the brother who drank a few sips and then later tossed it in a garbage can. Other officers retrieved the discarded bottle.

Holmes’s DNA was obtained when detectives conducting surveillance saw him toss out a cigar he had been smoking and a can of beer he had been drinking.

The cigar and the beer can were tested for DNA, which produced a match with the DNA from the crime scene, according to the affidavit.

“This case is proof that by combining genealogical analysis, forensics and investigative expertise law enforcement has a new tool in their belt to solve many cases,” Florida Department of Law Enforcement Commissioner Richard Swearingen said after Holmes’ arrest.

The victim’s mother Tina Franke said she hopes genetic genealogy continues to help crack cold cases to help other families like hers.

“We didn’t learn until recently,” she said. “We didn’t have a face. We didn’t know anything. The person could live right around the corner from you and you don’t know it.” 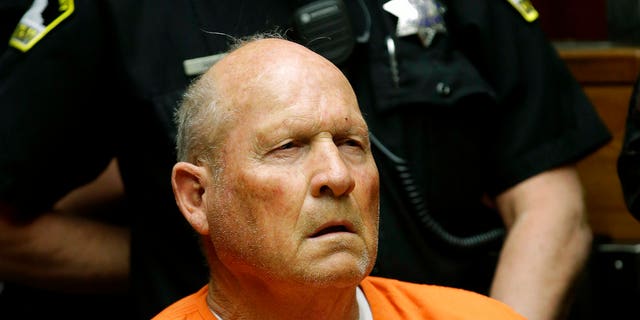 About 1.2 million people have uploaded their DNA profiles to GEDmatch, Curtis Rogers, the website’s founder, told Fox News. GEDmatch has offices in Lake Worth, Fla.

Rogers said GEDmatch users know law enforcement is using the website to search for matches to suspects in cold cases. Few have objected, he said.

“I’ve gotten a handful that had a question but that’s it,” he said.

Rogers said he is suppposed to be notified when a law enforcement agency uploads DNA to GEDmatch, but admitted it hasn't happened all the time. He said he lets police use the website to investigate two kinds of crime–rape and murder.

“It is here to stay,” Rogers said. “It’s a whole new aspect for forensic science.” 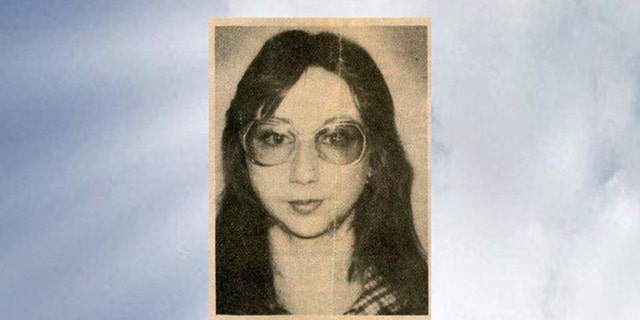 Pam Felkins, 32, was kidnapped on Feb. 2, 1990 from a video rental store where she worked in Greenbrier, Ark.
(Faulkner County Sheriff’s Office)

In October, Parabon identified a suspect in the 1990 rape and murder of a video store worker Pamela Felkins, 32, in Arkansas, using GEDmatch.

However, investigators weren't able to bring Renegar to justice. He died of natural causes in Utah in 2002.

Felkins died after being stabbed and bludgeoned. Her husband reported her missing when he went to the video store and she wasn't there. He found her cigarette still burning in an ashtray and her coffee still steaming in a cup. He thought she was using the bathroom. Deputies found her body the next day. 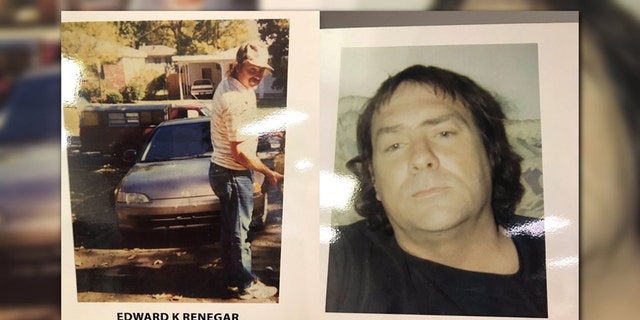 Edward Keith Renegar drove a red 1984 B2200 Mazda Pickup with a white camper shell, according to police. He also drove a mustard yellow, long-wheel base Ford pickup, a small gray car, and a Ford LTD.
(Faulkner County Sheriff’s Office)

“We were friends for 20 years and she was just your regular working mother devoted to her kids, doing the best she could for them,” Carolyn Pratt, 61, of Vilonia, Ark., told Fox News.

She said if it wasn’t for GEDmatch, Renegar would have never been found.

“We’re glad they were able to use it and bring it back to matching the suspect,” she said, adding: “It’s amazing they can use it to solve a case. At least it's being used for a good thing."