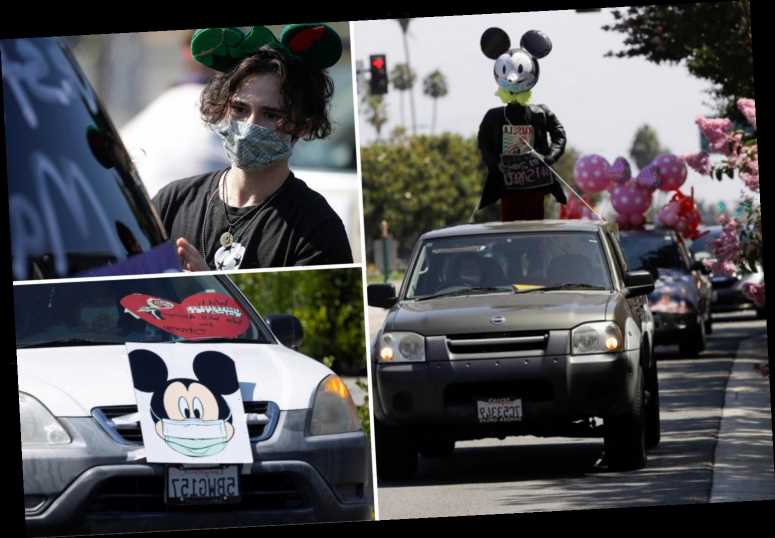 DISNEY workers took to the streets to demand safe the reopening of the resort as Covid-19 cases surge.

The workers protested in a car caravan outside California's Disneyland today, arguing that Walt Disney Co has not agreed to adequate protections for employees. 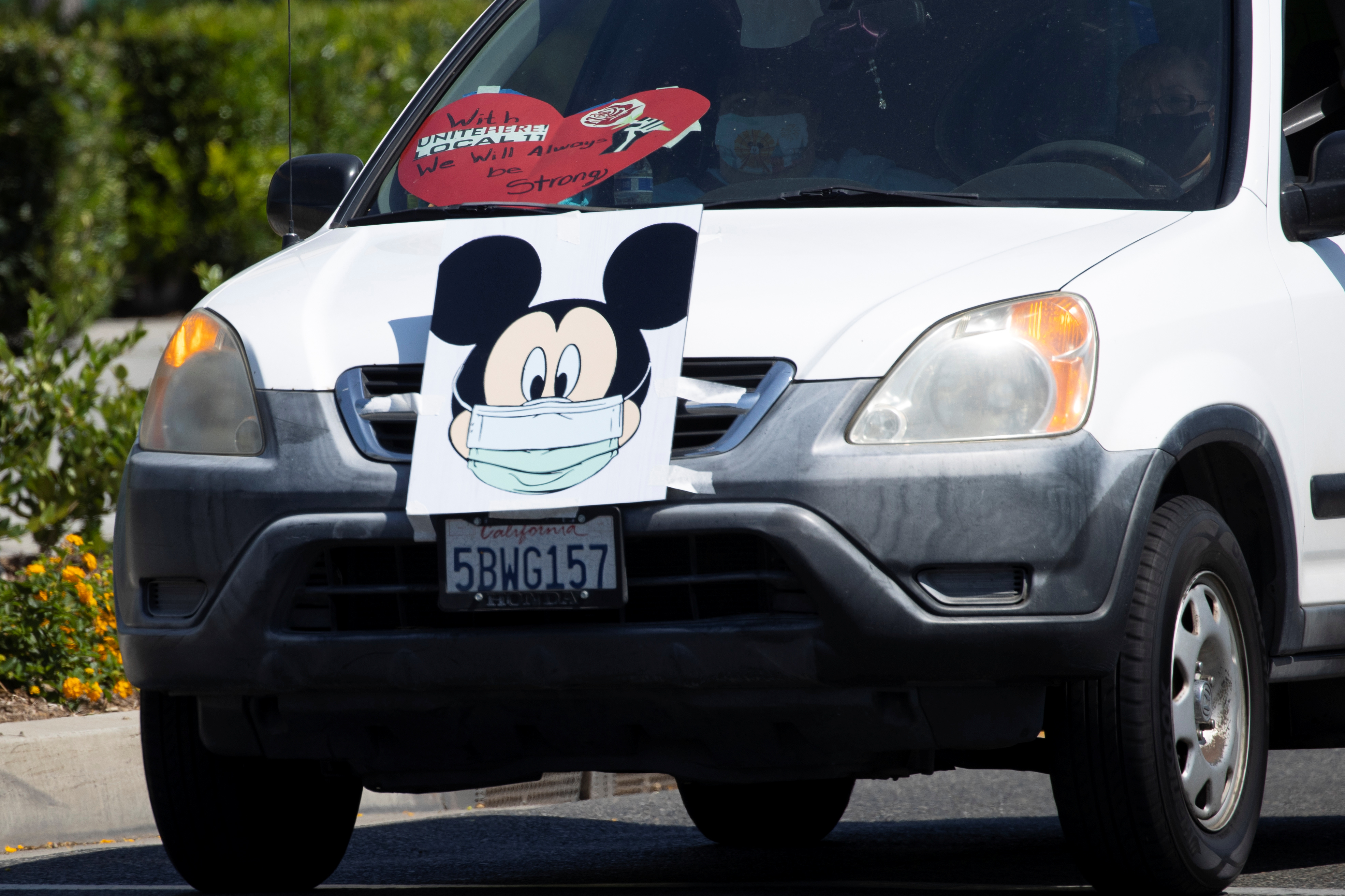 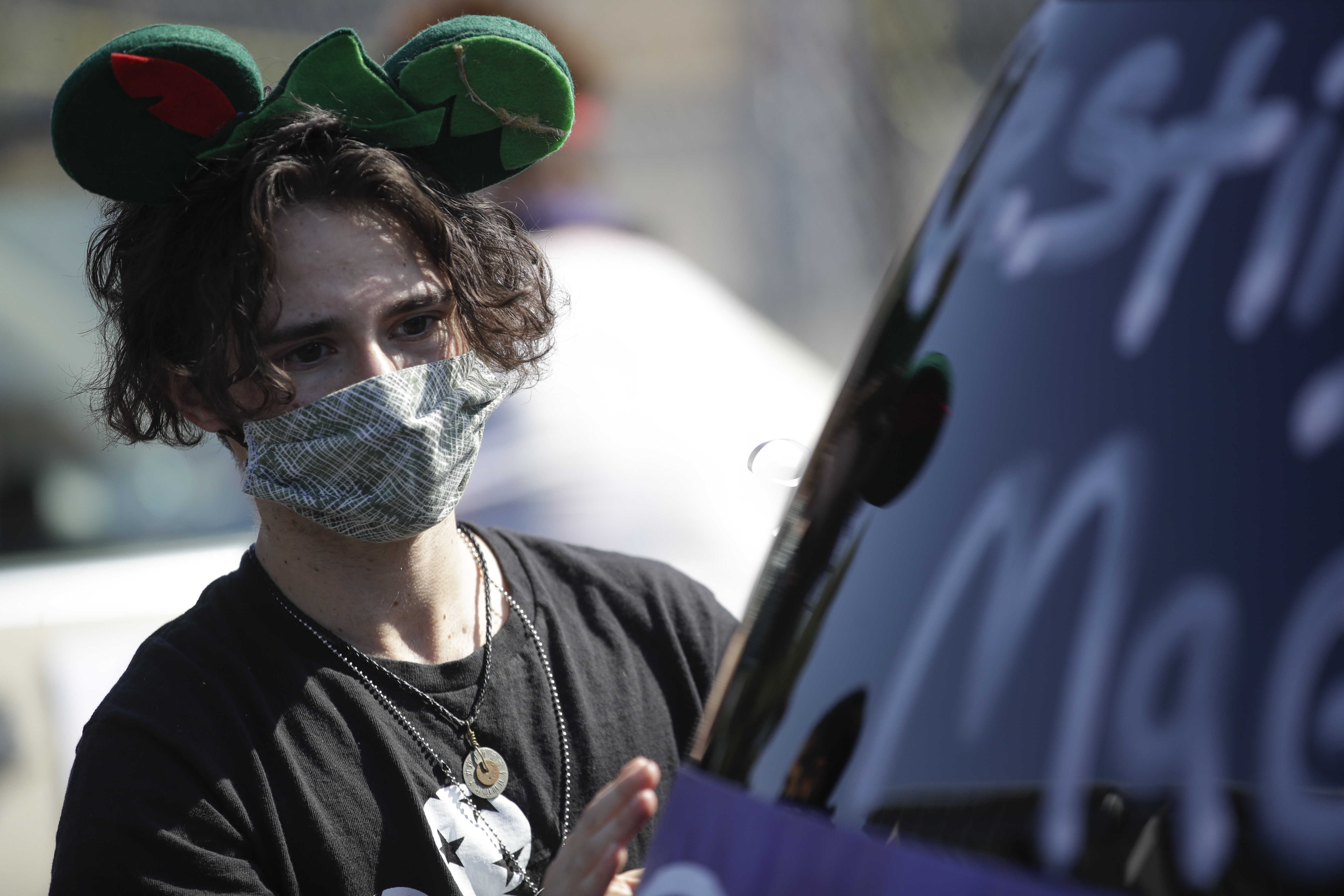 Around 200 cars formed a line outside the resort, staged by the Coalition of Resort Labor Unions – a group of 11 that represent 17,000 workers.

The company had planned to welcome guests back to the resort and California Adventure on July 17 but have delayed the restart date.

This week Disney said it would set a new opening date after the state issues guidelines on how theme parks can return to business safely after the Covid-19 crisis forced them to close.

"When Disney does reopen, we want it to be as safe as possible for cast members, for the guests, and for the families that cast members have to go back to," said Maria Hernandez, a union member who attended the rally.

In a statement, Disney said it has reached agreements with protection against coronavirus with 20 union affiliates.

These agreements include additional sick pay, face masks for guests and staff and a reduced park capacity.

In a letter to unions earlier this week, a Disney representative said existing Covid-19 testing was not recommended by US health authorities for routine screening.

Instead, health officials say staff should social distance, ensure they wash their hands regularly and cover their faces.

Disney began shutting parks globally in January after the virus began to spread.

On Friday, Disneyland Parks News said in a statement: “While there is still much uncertainty with respect to the impacts of COVID-19, the safety and well-being of our guests and employees remains The Walt Disney Company’s top priority".

Explaining their reasoning to delay, Disneyland Parks News said: Given the time required for us to bring thousands of cast members back to work and restart our business, we have no choice but to delay the reopening of our theme parks and resort hotels until we receive approval from government officials."

In a June 18 letter to California Gov Gavin Newsom, the unions said it is still unsafe to open, according to Reuters.

Meanwhile, 50,341 people have signed a Change.org petition urging Disney to delay its reopening.

The news comes after more than half of the country is experiencing an increase in COVID cases as many states prematurely reopened.

At least seven states have reported the highest rates of hospitalizations since the virus emerged on American soil after it was first detected in Wuhan, China – and California is one of them.

Disneyworld was slammed for hosting a "farewell party" on March 15, before it was set to close.

Abigail Disney, grandaughter of Roy Disney – who was a co-founder of the Florida theme park – was among those who criticized the party.

"Are you f***ing kidding me," she tweeted, quoting a picture of the crowded park. 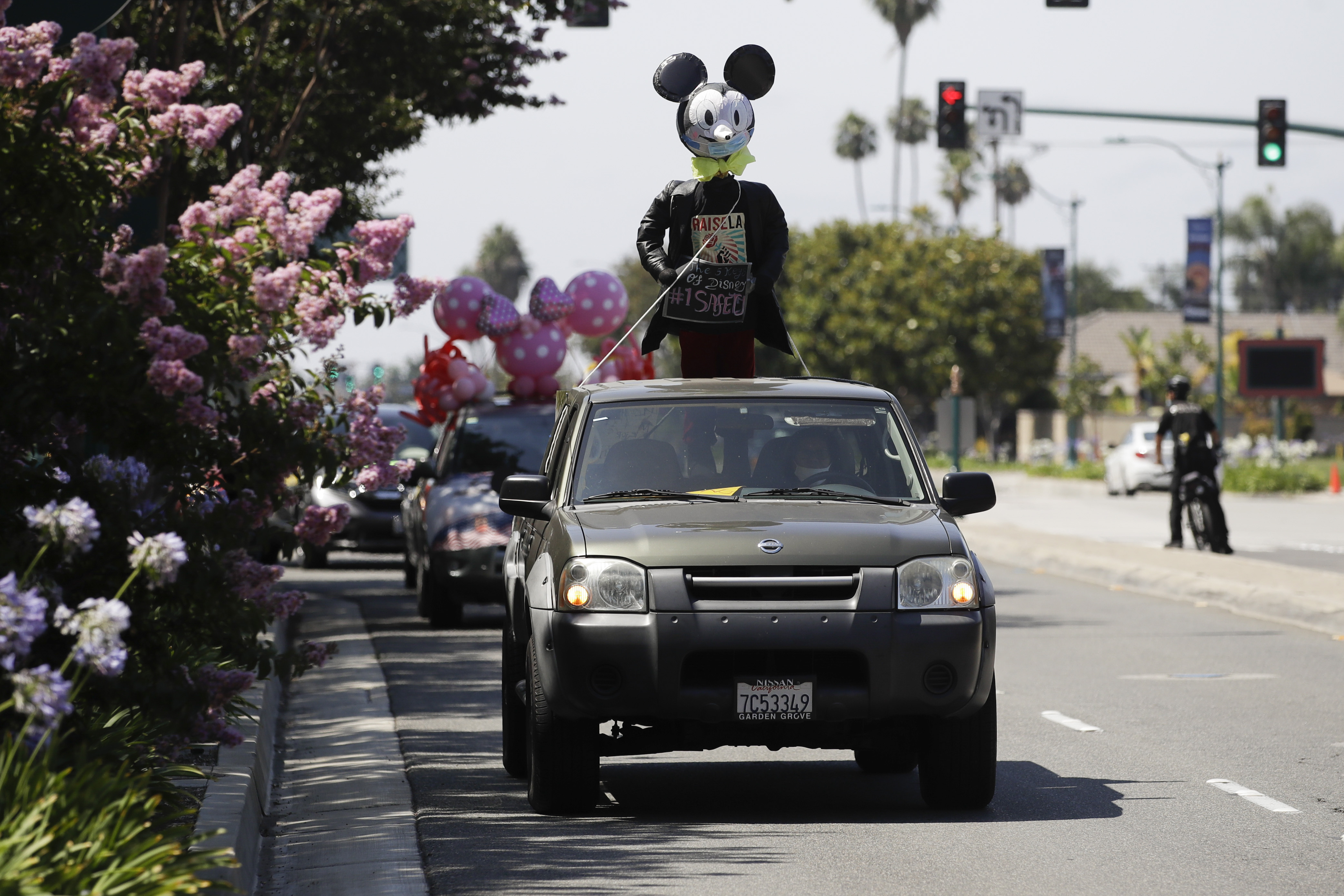 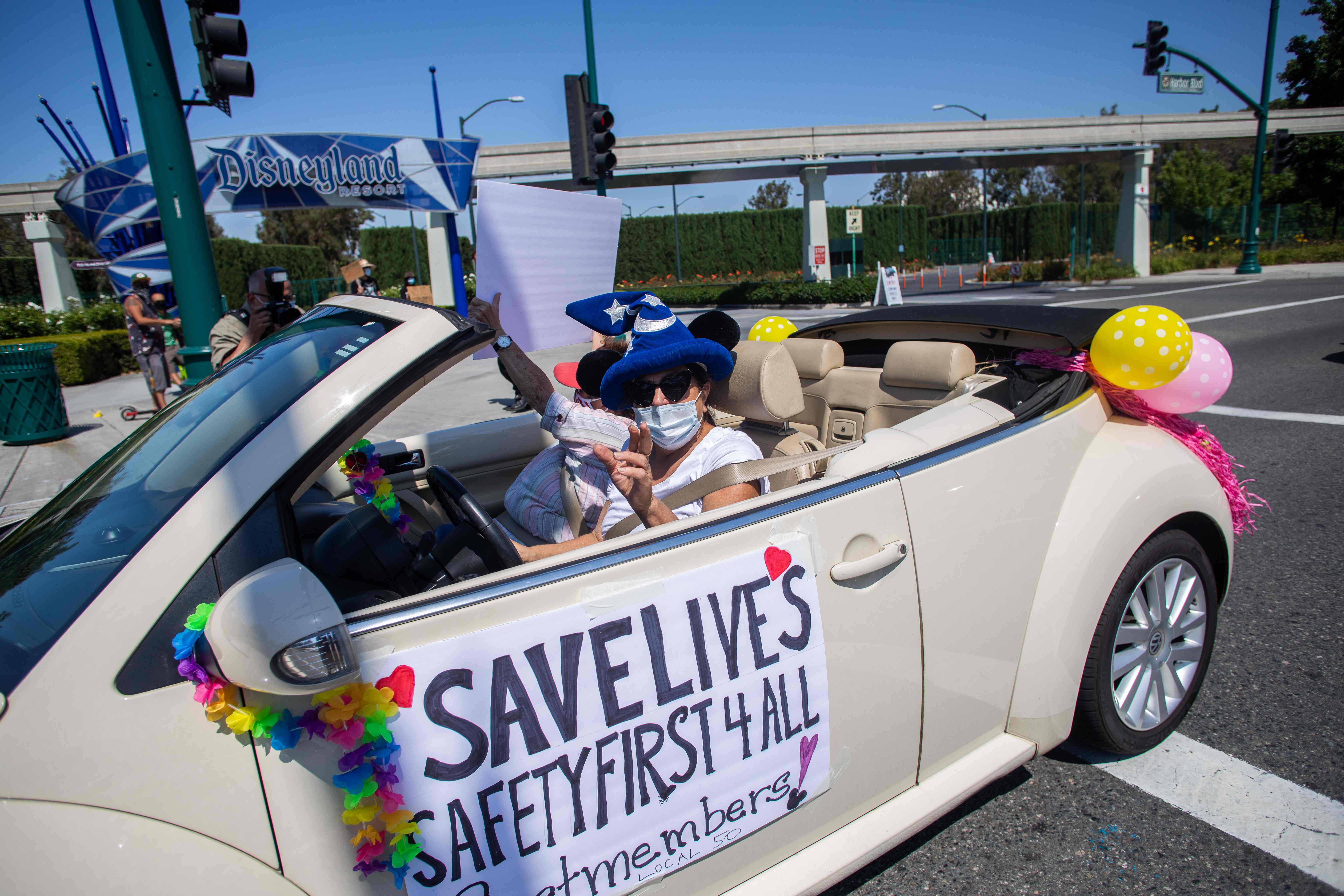 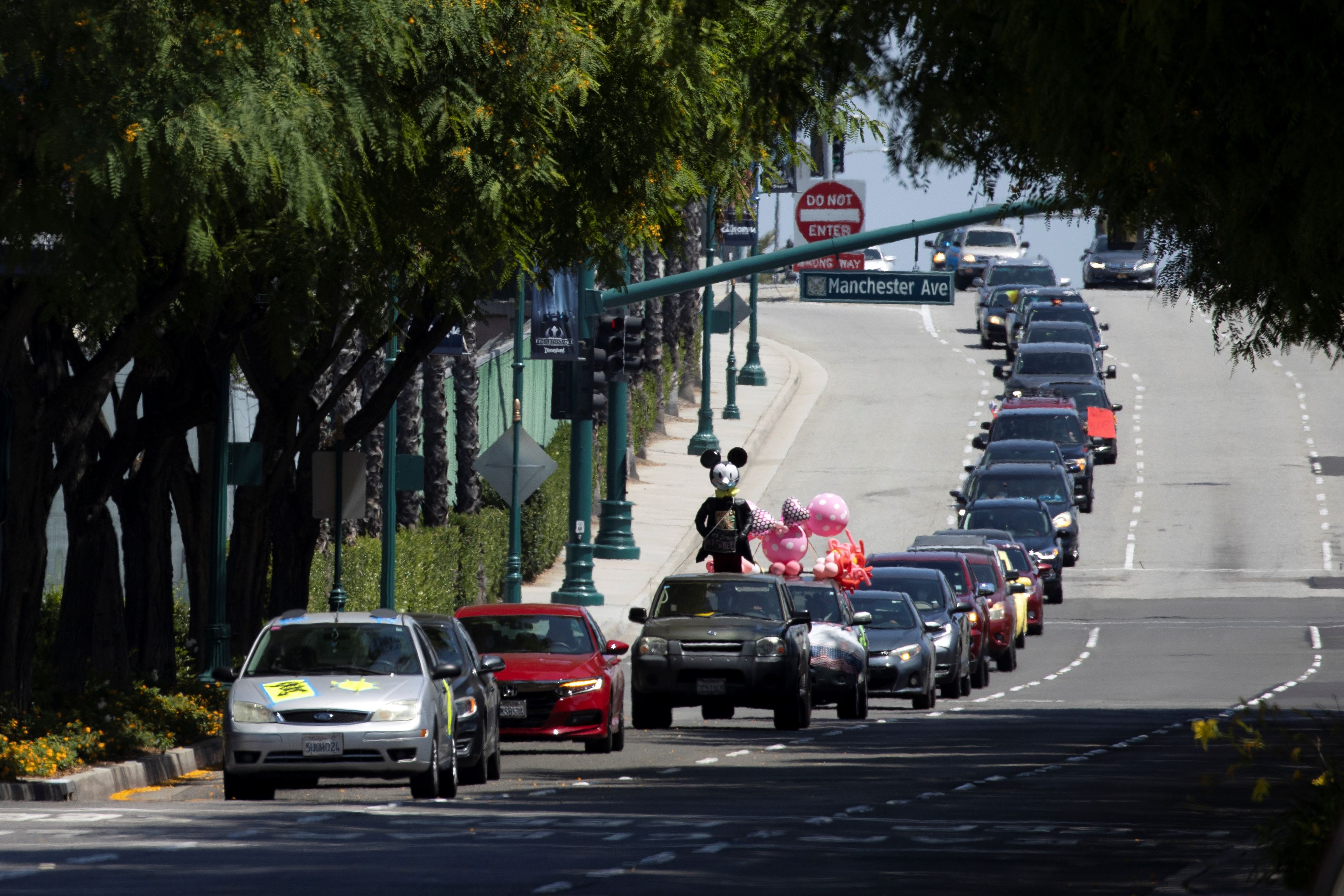 The statue-smashers are assaulting democracy and civilization
World News