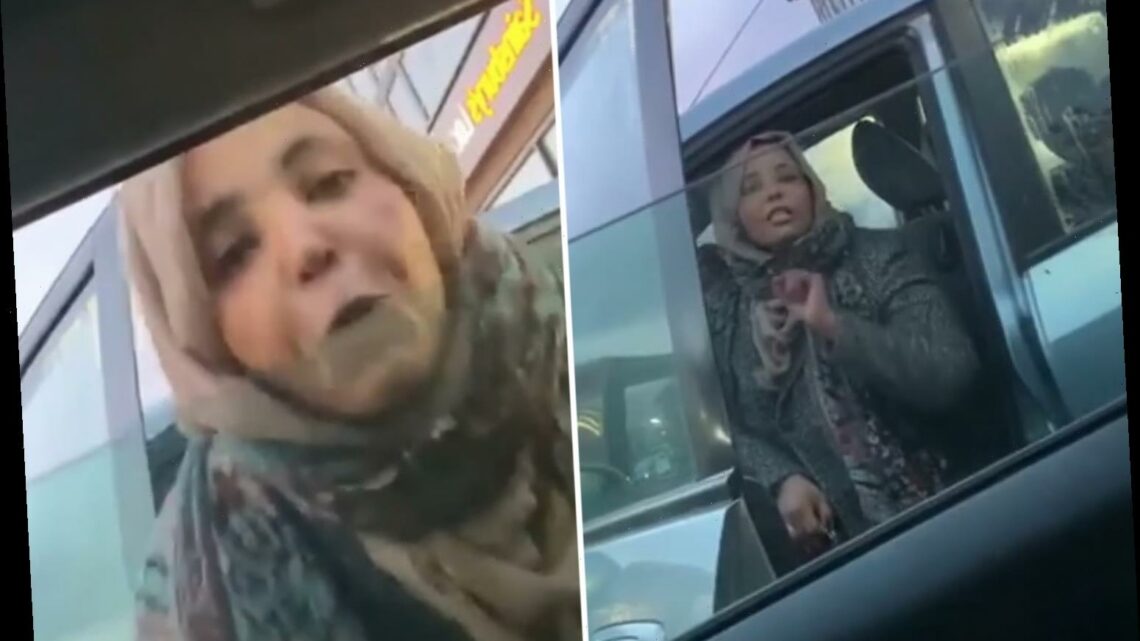 THIS is the disgusting moment a mum spits at a woman in front of her three young children during a heated row over parking.

Footage filmed by the victim shows the pair arguing outside a Sainsbury's Local. 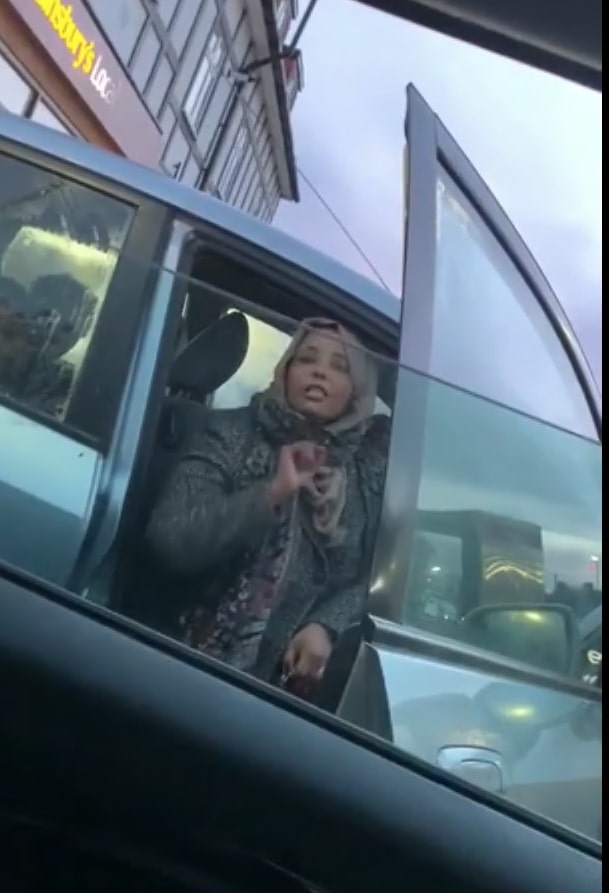 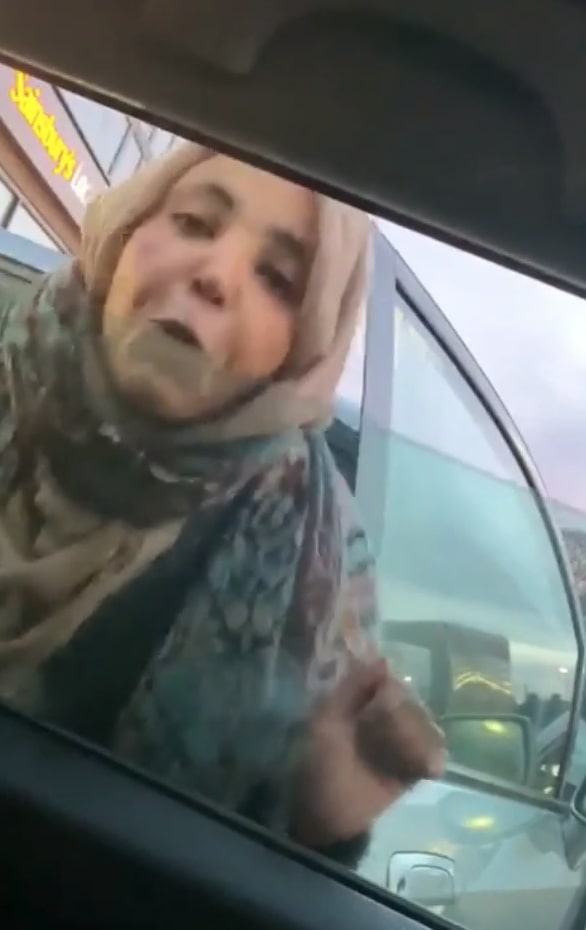 The mum was accused by the victim of blocking traffic by parking illegally outside the supermarket.

The driver told her she had parked in a no loading bay, adding: "It blocks all the other cars from coming."

But the woman, who denied doing anything wrong, flew into a rage.

In the video, she can be seen saying: "I didn't park there. I was inside my car."

Despite being told she was being filmed on camera, the mum kept arguing and shouting before getting out of her car.

The motorist asked her not to approach her vehicle because she was not wearing a face mask.

Instead, the mum got next to her car, shouting: "Why do you take the picture? Who cares?"

As she got closer, the woman filming the clip warned: "Mask on. Mask on."

But the mum then spat at the woman through an open window.

She then got back into her car and the victim closed her car's window. 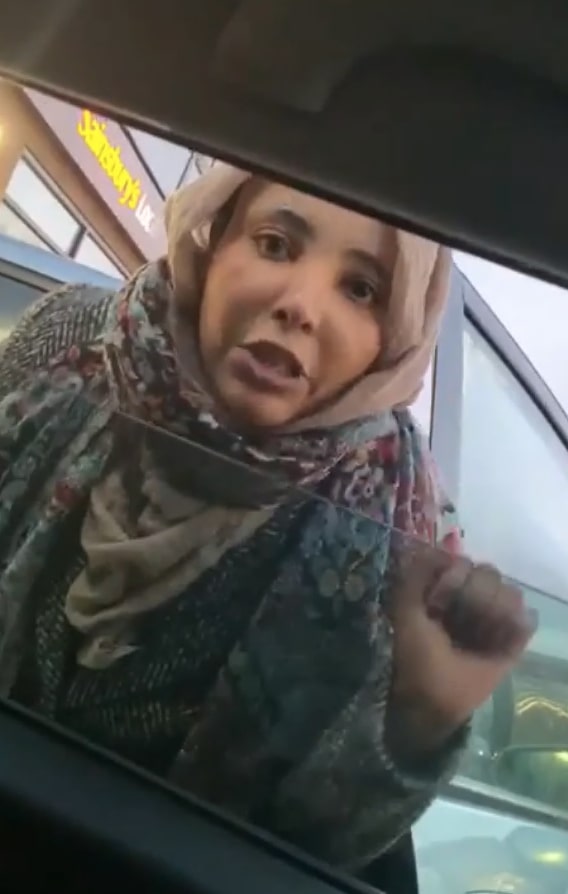 Three kids were watching the horrible incident while sitting in the car.

The video of the argument was posted anonymously on social media last week and was viewed more than 10,000 times.

Another wrote: "She could have corona and pass it through spitting."

One more fumed: "She should be arrested. Disgusting cretin."

A viewer added: "Fantastic role model for her children."

It is not known where or when the incident took place. 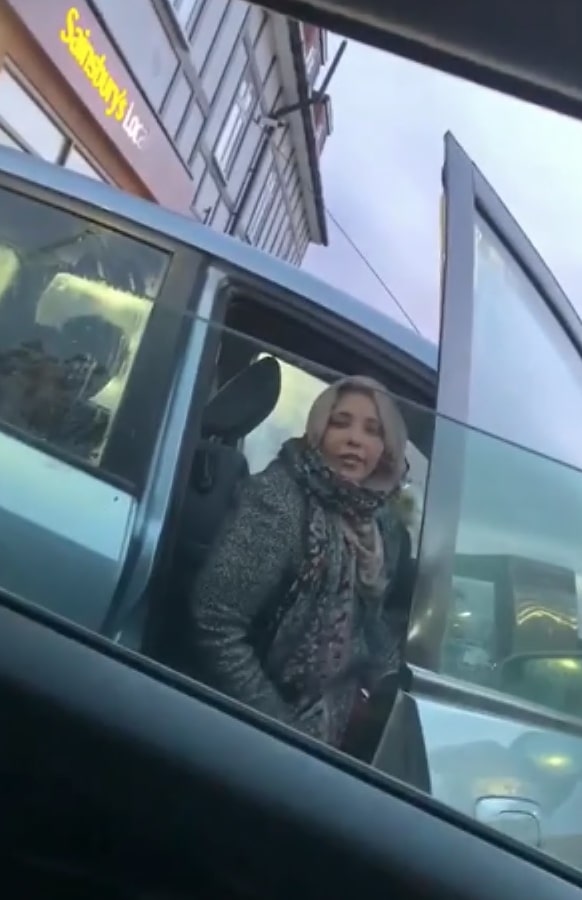