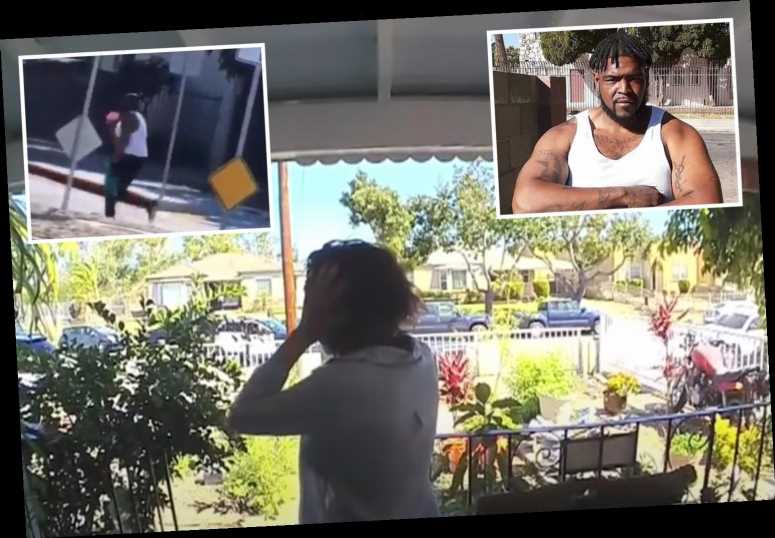 NEW CCTV footage from a woman's porch has captured the horrific moment when police in LA shot a black man at least 18 times.

Dijon Kizzee was shot multiple times by cops in the middle of the street – and the deafening gunshots are audible in the new footage. 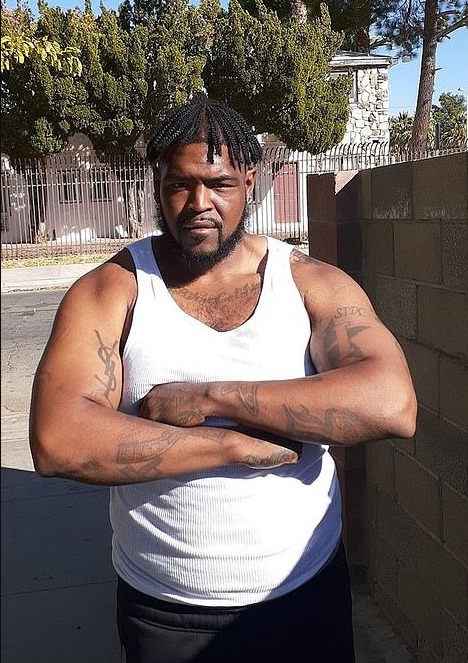 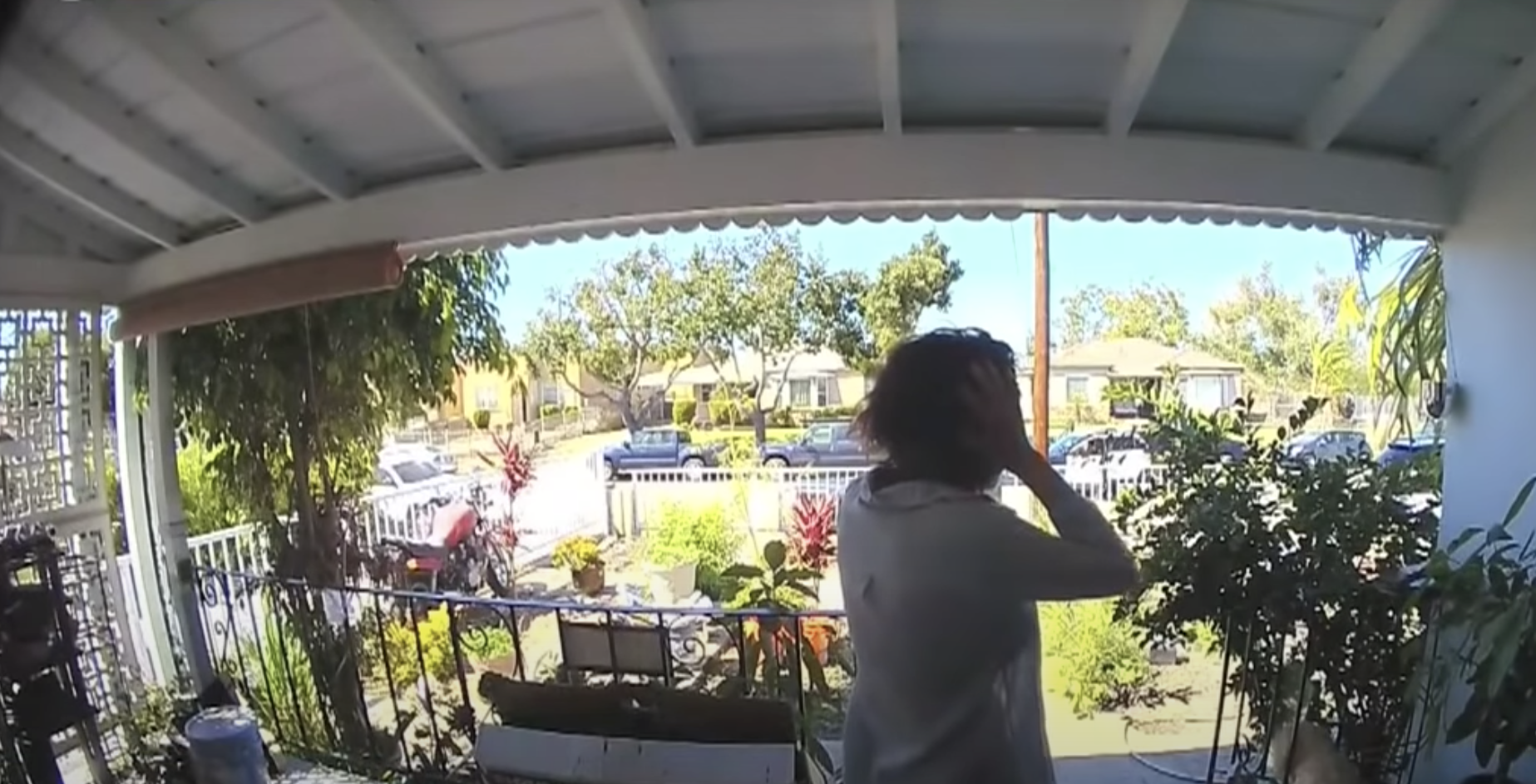 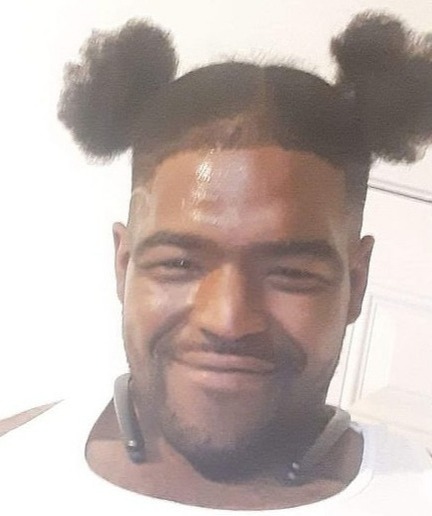 Los Angeles County Sheriffs Office said they became involved in the incident Monday night following a pursuit in Westmont, South LA where the man "punched an officer in the face before dropping a handgun".

The victim has been named as Dijon Kizzee, aged in his 30s by family members and the LA Black Lives Matter movement.

Kizzee died at the scene.

"We need all hands on deck. Please get here ASAP!"

The latest CCTV footage comes from a neighbour's porch camera – it doesn't show the shooting, but the shots are audible. 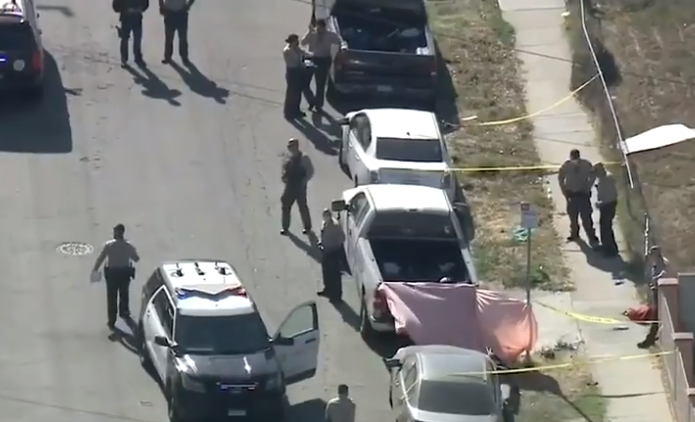 A woman stands outside her home, before raising her hands in disbelief as multiple gunshots are fired in the distance.

She screams out "No!" before going back to her front door to call someone inside.

Another video was obtained – showing a man and woman on their porch experiencing the same deafening gunshots.

Cops said Kizzee was caught violating an unspecified vehicle code while riding a bike down 110th Street and Budlong Avenue.

But as they approached the suspect he abandoned his bike and began running towards 109th Place.

As police attempted to approach him again, Lieutenant Brandon Dean said Kizzee punched one of the officers in the face, at the same time dropping a bundle of clothing which had been concealing a handgun. 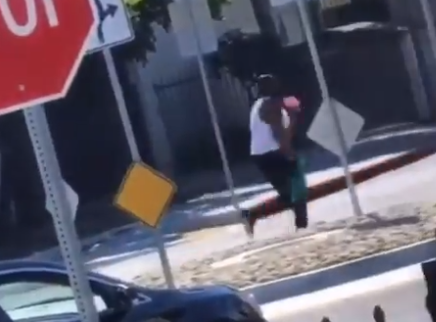 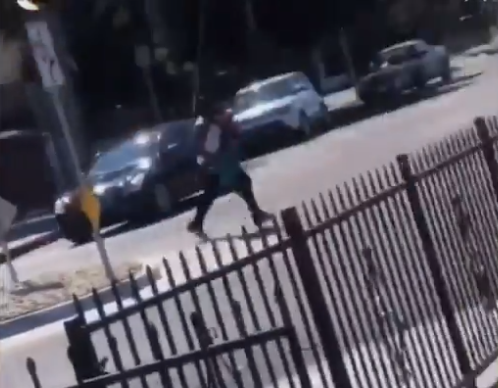 The officers then opened fire, with Kizzee pronounced dead at the scene – LASD said no deputies were hurt.

Lt Dean said he was unable to confirm how many times the man had been hit as they had been unable to move the body, adding: "We still have to conduct our interviews of the investigating officers to see exactly what happened and transpired during the deputy-involved shooting."

When pressed for comment on the deadly use of force he said: "But if this individual was reaching for a semi-automatic handgun, I would suggest that, you know, that’s probably why deadly force was important."

The shooting comes in the wake of already rising racial tensions following the deaths of several black Americans at the hands of white police officers.

Unarmed black dad Jacob Blake was shot seven times in the back by police officers in front of his horrified children in Kenosha, Wisconsin last week.

His death has sparked huge protests, with homes and cars torched, many arrested and two fatally shot.

Blake's death came three months after the death of George Floyd, an unarmed black man who was killed in Minneapolis after police kneeled on his neck for several minutes as he told them: "I can't breathe".

Floyd's death was the catalyst for a surge in BLM movements across the world.