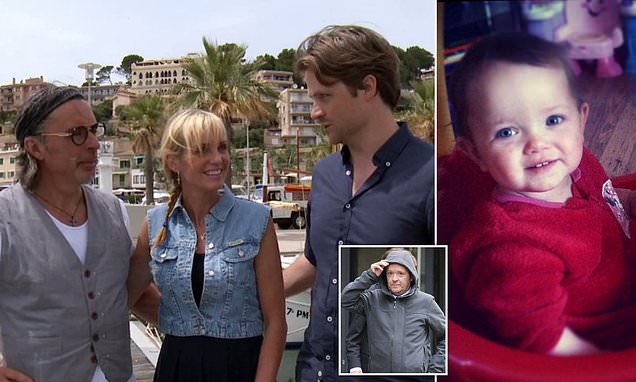 A former beauty queen who ran the botched police investigation into Poppi Worthington’s death has appeared on an episode of A Place in the Sun.

Former Detective Inspector Amanda Sadler, who was the 1989 Miss Great Britain, had no experience of leading an inquiry into child death, and was not qualified to be a Senior Investigating Officer, an inquest into the toddler’s death heard last year.

Ms Sadler, who was disciplined and demoted for blunders in the murder investigation, which she led, appeared on the Channel 4 show last month, The Mail reports. 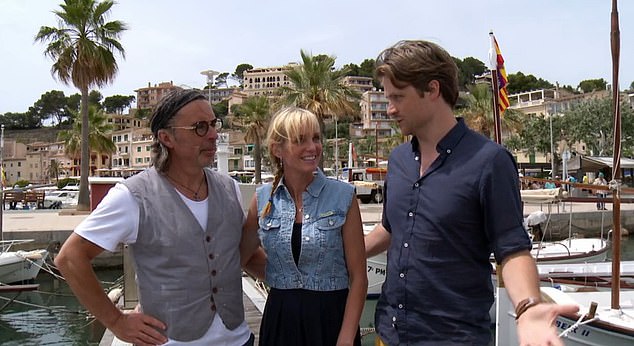 The former detective inspector appeared on the show with her champion cyclist husband Gary where they were looking to buy a new home in Mallorca.

During the hour-long show Ms Sadler revealed they had a budget of £265,000, and the couple were shown around five properties by presenter Ben Hillman.

The episode has since been removed from Channel 4’s streaming service.

A second inquest into the death of Poppi Worthington took place last December. 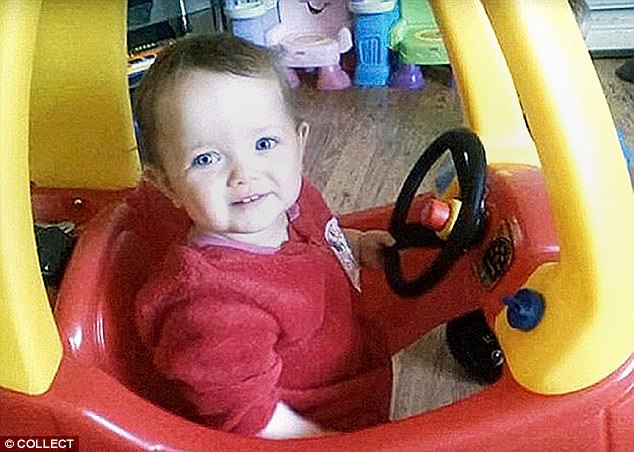 Poppi Worthington died in December 2012 after she collapsed at home at Barrow-in-Furness. In January 2014 a judge ruled that her father probably sexually assaulted her before her death 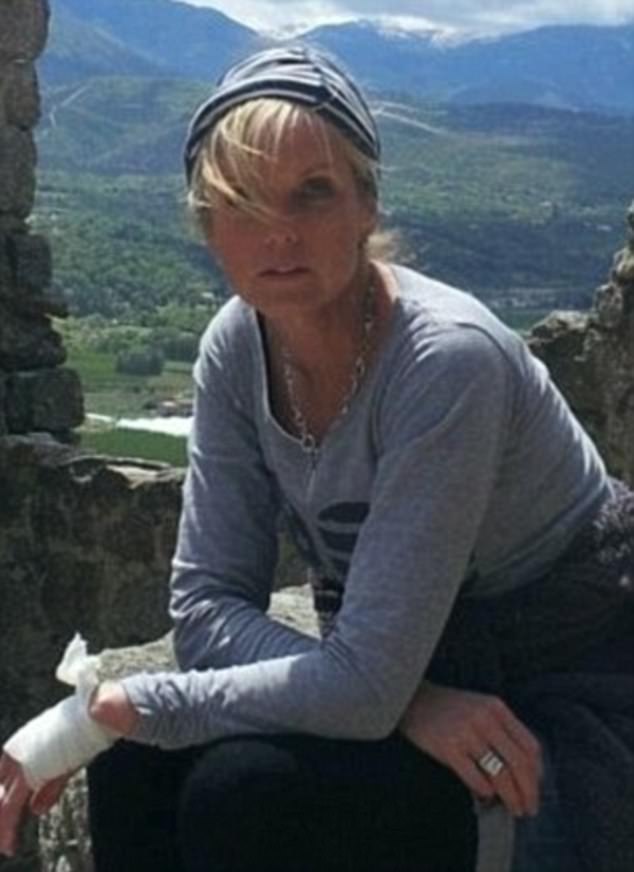 Detective Inspector Amanda Sadler (pictured) had no experience of leading an inquiry into child death, and was not qualified to be a Senior Investigating Officer

Medical staff at Furness General Hospital told the toddler’s inquest she had arrived in A&E with blood dribbling down her legs and could not be saved.

But police bungles meant that the case never reached court and Worthington, who gave evidence to the inquest, remains a free man.

It heard Ms Sadler, 52, had not completed a child death course and had never read basic investigation protocol, the inquest heard. 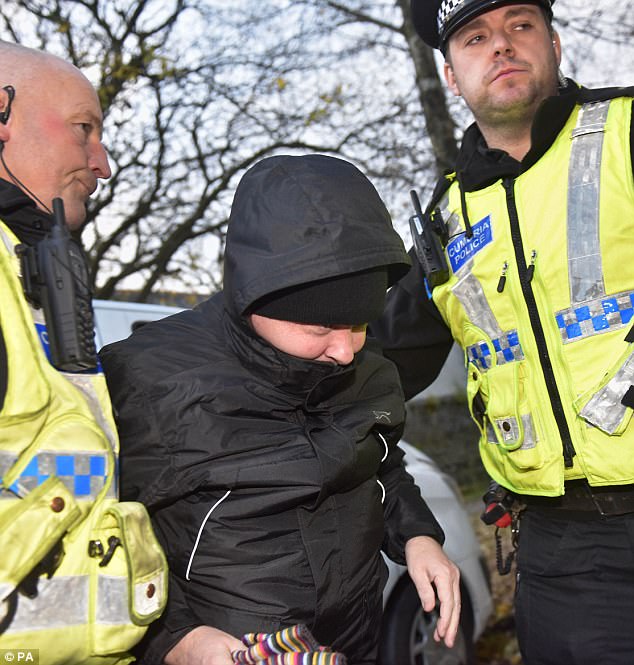 Judge on Poppi’s injuries: ‘The only person who could realistically have done this to her was her father’

Details of what happened to Poppi Worthington were only revealed for first time in January 2016 with the publication of findings by High Court family judge Mr Justice Peter Jackson.

Poppi died from injuries sustained shortly after her father, who had earlier been watching pornography on his computer, took her into his bed at the family home in Barrow-in-Furness, Cumbria.

But a catalogue of blunders by police, social workers and medical staff mean that despite the legal ruling Worthington, 49, is unlikely to face any criminal action without new evidence.

The supermarket worker, denies any wrongdoing.

A statement released by Mr Worthington’s lawyers said afterwards’: ‘Mr Worthington does not accept the findings of the court’.

The ruling was released months after a fresh inquest was ordered into the death of 13-month-old Poppi.

The decision meant more than two years of official silence over the case would be broken.

Poppi died in December 2012 but the public were told nothing about what happened to her or how social workers and police handled the affair.

There was an initial seven-minute inquest in October 2015 during which Cumbria coroner Ian Smith gave no information about the circumstances leading to the girl’s death. It simply found that her death was ‘unascertained’.

Basic steps, laid out in ‘black and white’ in a document known as ‘Chapter 13’, were not carried out, Coroner David Roberts said.

Forensic evidence was not sent for testing for months, the bed sheets where Poppi collapsed were not collected and her body was not swabbed for evidence for five days.

Former Detective Constable Lindsey Bolton was told by Mr Worthington that he no longer had the laptop he used to access pornographic material.

Mr Worthington told her he had sold the laptop to a man in Millom and he would try to get it back to hand to police for examination.

She was asked during the inquest: ‘Did that happen? Did Mr Worthington make efforts to retrieve the laptop?’

Ms Bolton replied: ‘Not to my knowledge.’

She said she informed her boss, former beauty queen Detective Inspector Sadler, about the situation before she went on leave.

Later she found out Mr Worthington had not brought the laptop in to police and no one followed the matter up.

Ms Bolton is no longer a serving police officer.

Ms Sadler admitted gross incompetence and was demoted to Sergeant, but retired in September 2016.

She told last year’s inquest said: ‘I wasn’t at that time an SIO or trained to that level. I hadn’t undergone any child death training.’

She admitted, under questioning from the Mr Roberts, that she had never read a document called ‘Chapter 13’, which lays out the protocol for investigating a child death.

Mr Roberts said: ‘Did you read it after you were given the case?’

Mrs Sadler replied: ‘I didn’t read it on the day… I’ve read it since.’

Her supervisor Detective Superintendent Mike Forrester admitted he had never heard of some of the steps laid out in the document, the inquest heard.

He was found to have a case to answer for gross misconduct but he retired aged 48 on a full pension before he disciplinary actions could be taken. 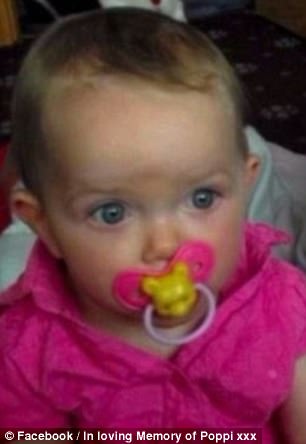 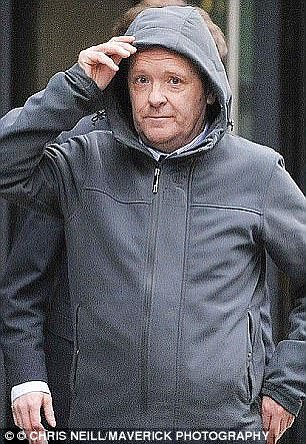 Poppi died from the injuries sustained shortly after her father, who had been watching pornography, took her into his bed at the family home in Barrow-in-Furness, in December 2012 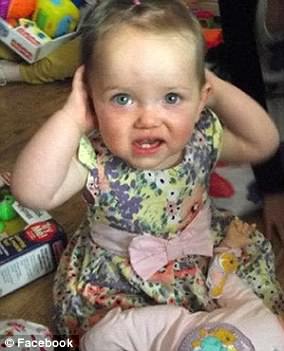 December 2012 – Poppi Worthington dies suddenly aged 13 months after she collapses at her home in Barrow-in-Furness, Cumbria.

February 2013 – Poppi is buried after the coroner releases her body.

June 2013 – A full post-mortem report indicates the cause of death is unascertained.

August 2013 – Poppi’s parents are arrested and formally interviewed for the first time. Poppi’s father, Paul Worthington, is questioned on suspicion of sexually assaulting his daughter – an allegation he denies.

March 2014 – Fact-finding judgment on the circumstances of Poppi’s death is delivered in private as part of family court proceedings involving other children in the family. Its publication is delayed in case it prejudices any criminal trial.

October 2014 – HM Coroner for South Cumbria, Ian Smith, holds an inquest at Barrow Town Hall and takes just seven minutes to declare her death as unexplained after stating he was satisfied to rely on the findings of the private fact-finding judgment. The case is not listed in Poppi’s name but as ‘a child aged 13 months’.

January 2015 – Senior Coroner for Cumbria, David Roberts, confirms he will ask for a fresh inquest in a written reply to lawyers representing various media organisations who argued the October hearing was insufficient and therefore unlawful.

March 2015 – Cumbria Police announce no charges will be brought against anyone over Poppi’s death after they had previously passed a file to the Crown Prosecution Service for its consideration.

April 2015 – Paul Worthington is granted a review of the March 2014 medical evidence, which further delays publication of the original fact-finding judgment.

July 2015 – High Court judges order a fresh inquest into the youngster’s death after the first hearing was deemed ‘irregular’.

November 2015 – A hearing reviewing the medical evidence from the March 2014 court proceedings gets under way in Liverpool. Ahead of the hearing, Mr Justice Peter Jackson releases parts of his original fact-finding judgment which reveal that Cumbria Police did not conduct any ‘real’ investigation into Poppi’s death for nine months despite a senior pathologist raising concerns the girl’s injuries were caused by ‘a sexual assault’.

January 18 2016 – Mr Justice Peter Jackson announces his findings from the review hearing and says her bleeding could only be sensibly explained as the result of penetrative trauma.

He said the toddler probably suffered ‘a penetrative sexual assault’ at the hands of her father shortly before her sudden death.

During the inqest consultant paediatrician Dr Osama Braima described how he fought to resuscitate Poppi for 57 minutes at Furness General Hospital before she was pronounced dead.

He noticed she was ‘pouring’ fresh blood after she died, she told the inquest.

He said: ‘I thought there was something wrong inside the child and I was not comfortable. I was suspicious.’

He alerted Children’s Services and examined her body again five hours later at 11am in the children’s ward.

He said Poppi was still bleeding fresh blood, which he found to be ‘unusual’.

The doctor said Poppi’s death was unexplained and it has played on his mind.

‘It has stuck with me as quite significant,’ he said. I have never seen an incident of this kind to any child in my career.’ 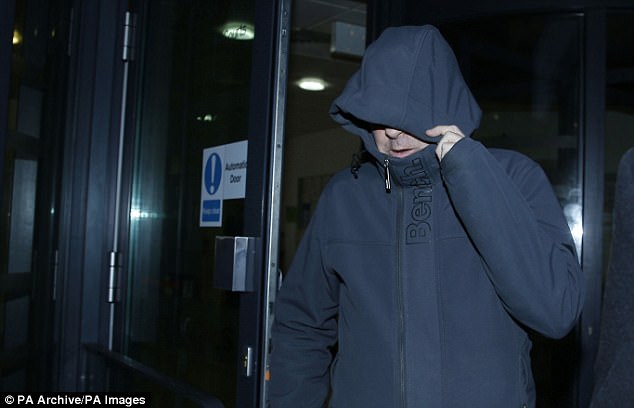 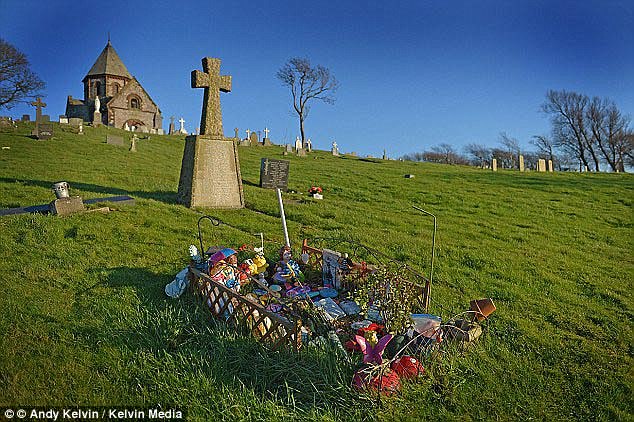 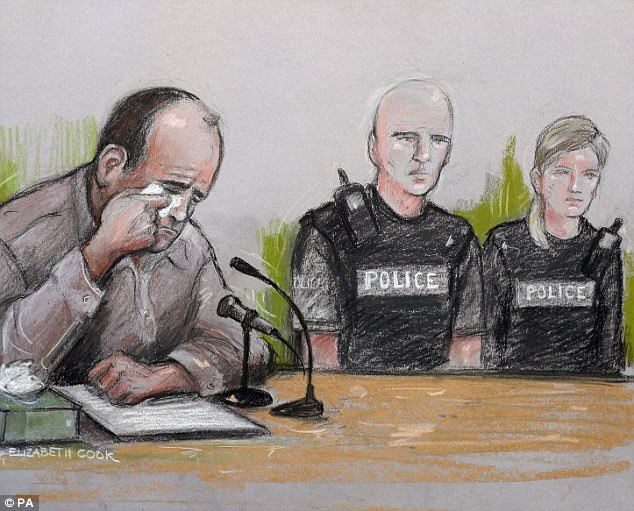 A court drawing of Paul Worthington, 49, who sobbed when he was asked if he abused his daughter but refused to say at her inquest

The 16 Best Film Performances by Actors in 2018