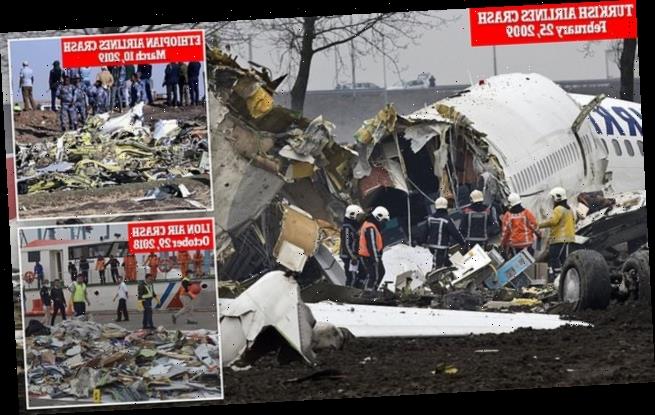 An American aviation safety expert says that flaws in the design of a Boeing plane that crashed near Amsterdam 11 years ago ‘should have woken everyone up’ to issues that would later affect its Max designs.

Boeing and the United States government pressured Dutch investigators to focus blame on the pilots for a 2009 Turkish Airlines crash instead of design flaws in the airplane and safety lapses by the company, The New York Times is reporting.

The crash which killed nine people when it plummeted into a field near Amsterdam in February 2009 involved a Boeing 737-800, an aircraft that was considered the precursor to the 737-Max.

The 737-Max has been grounded since March after two fatal crashes within a six-month period – one in Indonesia and the other in Ethiopia – killed 346 people.

Boeing has stopped production of the planes and agreed to allow pilots to undergo simulator training before the jets return to service.

The extra training means it will be months before the Max can be returned to service.

So far, the company has paid $5.6billion in compensation to several airlines that were forced to ground all 737 Max jets in their fleets. 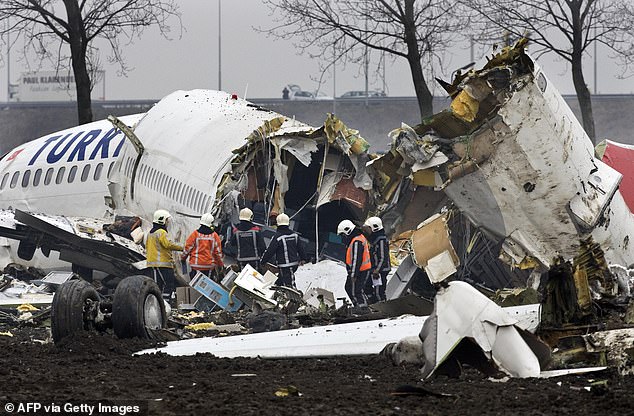 Rescue workers attend to the remains of a Turkish Airlines Boeing 737-800 passenger jet on February 25, 2009, which crashed during a landing approach into Schiphol Airport in Amsterdam. Nine people were killed and more than 50 were injured

Since the crashes, federal regulators have been examining what – if anything – the company knew about the safety risks with the aircraft before the two crashes.

The Times is now reporting that the Turkish Airlines crash from 11 years ago has striking parallels to the most recent tragedies involving the Max.

Just like in the recent Max crashes, the 2009 accident was caused by the failure of a sensor which in turn led to several systems misfiring, according to the Times.

In all three cases, Boeing failed to provide pilots of those planes with information that could have helped them react to the malfunction, the Times is reporting.

Sidney Dekker, a Dutch aviation expert who was asked by the Dutch Safety Board to investigate the 2009 crash, said the accident ‘represents such a sentinel event that was never taken seriously.’

In his final analysis of the crash, Dekker accuses Boeing of trying to deflect attention away from its own ‘design shortcomings’ and other failures.

Dekker said the American firm was making ‘hardly credible’ statements blaming the pilots for the crash, according to a copy of the study that was reviewed by the Times.

But the results of the study by Dekker was kept hidden from the public because the Dutch board backed off of plans to publish it, the Times is reporting.

The report by the Dutch board was also edited to include statements by American officials who made sure to note that pilot error was involved in the crash, according to the Times.

In some cases, findings by the Dutch team were deleted from the final report after taking the American investigators’ comments into consideration, according to the Times.

Boeing’s conduct as it relates to the 2009 tragedy bears similarities to the company’s approach to its current predicament involving the Max, according to aviation safety experts.

David Woods, a professor at Ohio State University who once was an adviser to the Federal Aviation Administration, told the Times that the Turkish Airlines crash ‘should have woken everybody up.’

Both the Max and the NG were designed in a way that allowed a powerful computer command to be triggered by one faulty sensor – this despite the fact that both planes had two sensors. 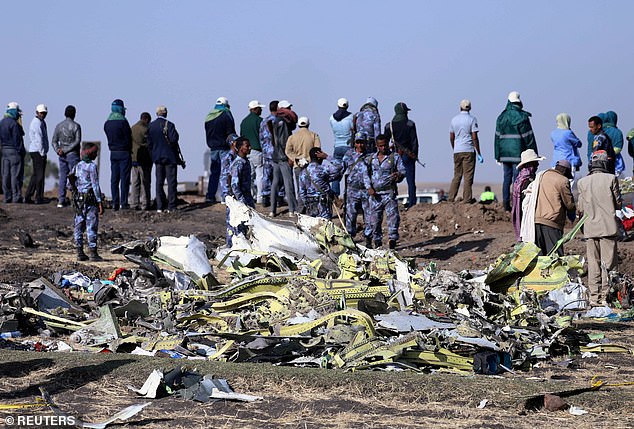 Ethiopian Federal policemen stand at the scene of the Ethiopian Airlines Flight ET 302 plane crash, near the town of Bishoftu, southeast of Addis Ababa, on March 11, 2019

In both Max accidents, a sensor which measures the plane’s angle to the wind caused a flight control computer to push the aircraft’s nose down after takeoff.

On the Turkish Airlines flight, an altitude sensor prompted another computer to reduce the plane’s speed just before landing, according to the Times.

Dutch investigators found that the sensor on the plane’s exterior which measures altitude mistakenly indicated that the aircraft was just moments from touchdown.

That prompted the computers to idle the engines. The pilots were under the impression that as they were landing, the aircraft was traveling at a steady speed, when in reality it was continuing to slow down.

By the time they realized they were flying slower than they thought, it was too late.

The Dutch board concluded that the pilots erred in not aborting the landing as well as their failure to recognize the dangerous drop in speed.

But American investigators asked the Dutch to emphasize the pilots’ errors while downplaying Boeing’s responsibility for the crash, according to the Times.

Before the 2009 crash, Boeing assumed that if a sensor malfunctioned, the crew would recognize the problem and prevent the plane from stalling, according to the Times.

The company made the same assumption about pilots who flew the Max, the Times reported.

Before the Turkish Airlines crash, Boeing failed to include information in the NG operation manual that could have helped the pilots respond when the sensor failed, the Dutch safety experts said in their report.

Boeing similarly failed to include information about the Max that could have been of use to the pilots in the most recent crashes.

The Dutch report found Boeing at fault, saying that the Turkish Airlines crash was preventable.

It faults Boeing for failing to develop a software update for its sensors that was compatible with the older model NG planes like the one which crashed near Amsterdam.

Boeing declined to address specific questions related to the 2009 crash and the Max disasters, though it told the Times: ‘These accidents involved fundamentally different system inputs and phases of flight.’

When asked about its role in editing the Dutch accident report, Boeing said it was ‘typical and critical to successful investigations for Boeing and other manufacturers to work collaboratively with the investigating authorities.’

Joe Sedor, an official from the National Transportation Safety Board, led the team of American investigators looking into the Turkish Airlines crash.

Sedor told the Times that it was common for investigating bodies to amend reports after receiving feedback.

He also said it was not unusual for US officials to jointly submit their comments alongside those of Boeing.

Sedor, who is also overseeing the US team looking into the Max crashes, said that the planes’ reliance on a single sensor was a contributing factor in both cases, but he would not go so far as to draw a direct linkage between the three cases.

‘Each of these accidents were complex and dynamic events with many contributing factors,’ he said.

‘Boiling them down simply to the number of inputs ignores the many, many more issues that differentiate them.’ 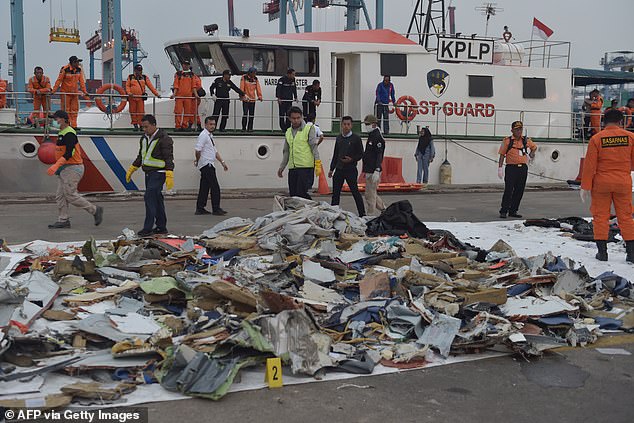 The FAA told the Times that each accident had a ‘unique set of circumstances.’

‘Drawing broad connections between accidents involving different types of emergencies oversimplifies what is, by definition, a complex science,’ the agency said.

But Woods believes that if the appropriate lessons had been drawn in 2009, the recent Max crashes would likely not have happened.

After the Lion Air Flight 610 crash killed 189 people just minutes after taking off from Jakarta, Indonesia, it was learned that the disaster was caused by the same automation malfunction that downed the Turkish Airlines jet.

‘That this situation has continued on for so long without major action is not how engineering is supposed to work,’ Woods said.

After the second Max crash – the March 2019 accident in which 157 people on board an Ethiopian Airlines jet were killed – Woods said: ‘I was appalled.’

‘This is such of a failure of responsibility,’ he said.

‘We’re not supposed to let this happen.’

Berlinale Unveils 2020 Forum Titles, Including Raúl Ruiz’s Completed ‘Tango of the Widower and Its Distorting Mirror’