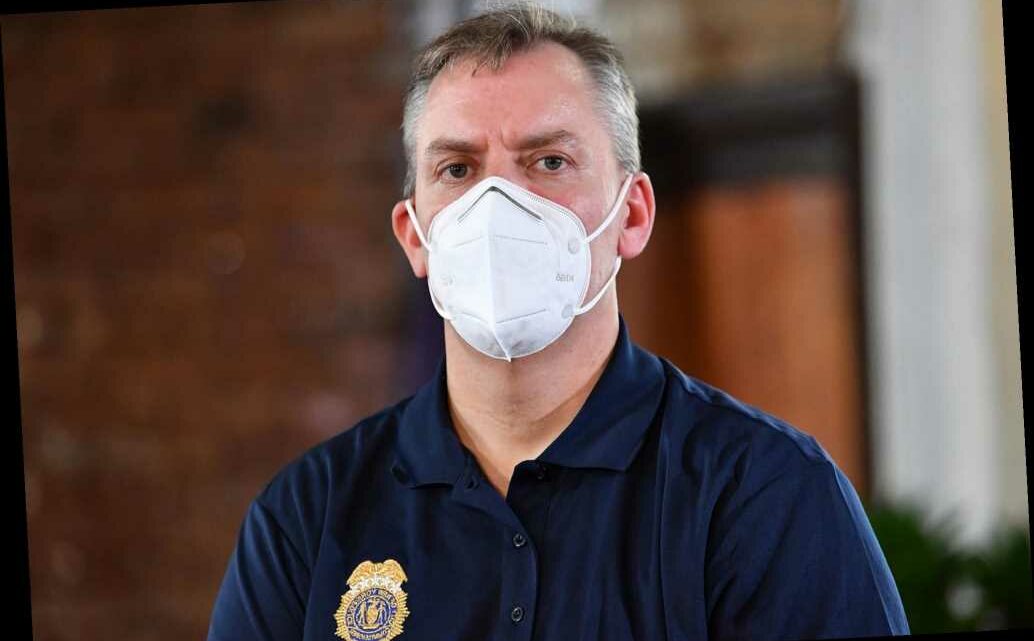 “We had three detectives yesterday test positive for COVID,” he said, when he was asked about crime, fewer arrests being made and the possibility of a police slow down. “Still coming into work, still helping those people in the city, so you know that’s what I referenced last week when I said, it makes my blood boil because the cops are out there.”

Police were routinely documented refusing to wear masks despite a state directive and Shea’s own instruction. At one point in April, nearly one-fifth of the 36,000-strong force was out sick — though not necessarily with Covid-19. On Monday, there were 36 out sick with coronavirus specifically — 16 cops and 20 civilians, sources said.

He made the “blood boil” comment while lambasting critics who claim there’s been a “slow down” among cops protesting police budget cuts that have hit overtime and changes to city and state laws.

He also blamed the George Floyd protests in the city for pulling “thousands of cops” off the street.

“Obviously, when you’re looking at May and June significant resources pulled away to deal with protests,” he said.

“You know if you have to look at arrests and response times, and not look at the other side of the equation,” Shea said. “It just boggles my mind, I think it’s cheap theater. I think it’s politics.”

Critics have questioned the department’s deployment of resources amid protests. Bronx DA Darcel Clark on Tuesday announced she asking courts to drop disorderly conduct and curfew violation cases against more than 300 protesters issued by the NYPD on June 4.

He called on people to stop taking “cheap shots” at the department and to “stand up and say ‘Hey, good job. Thank you.’”

“The hypocrisy boggles my mind,” he said, adding that cops have been at work since March. “When a lot of people are zooming, cops aren’t zooming.”

He didn’t provide any details about the identities of the three detectives or where they work.