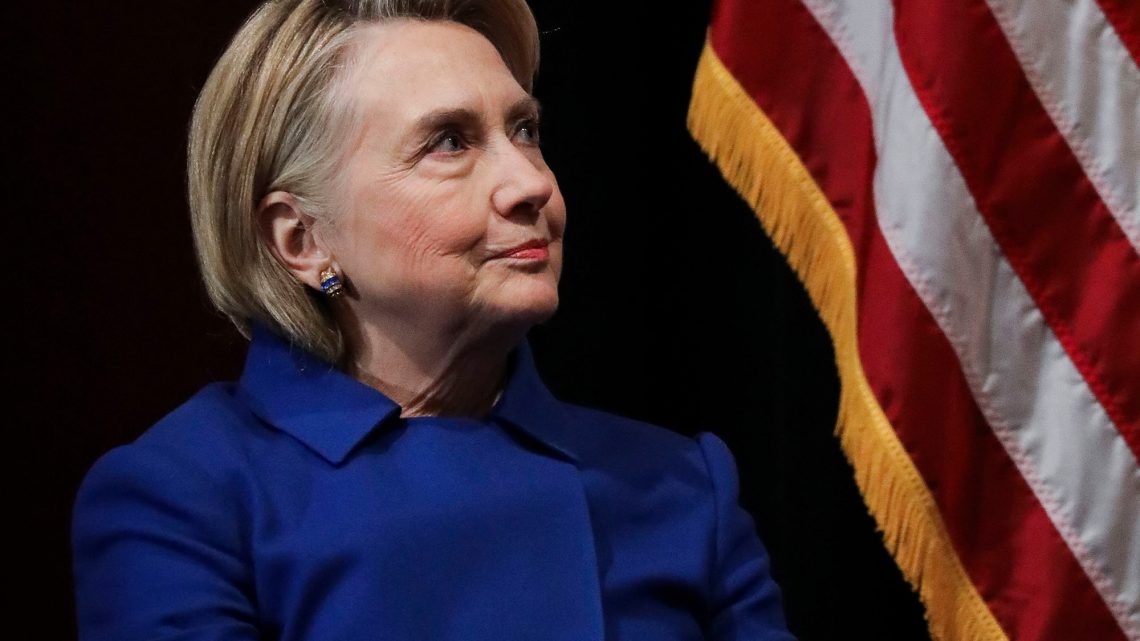 Democrats are leaving Hillary Clinton behind

These are heady days for Democrats. Speaker Nancy Pelosi is flexing her power in the House, state legislatures are sweeping away abortion boundaries and each day brings a new entry into the 2020 presidential sweepstakes.

Far-left newcomers demand massive tax hikes on the wealthy, free health care for all and an end to fossil fuels. Some are even attacking America’s Judeo-Christian heritage.

Yet perhaps the single biggest development of recent days barely made news: Hillary Clinton’s ­political career is over, kaput, ­finished.

Now, taking Clinton at her word is the definition of dicey, but this time is different because it’s not as if she has much choice. Clinton quit the 2020 race before she was fired.

Despite her efforts to stay relevant and keep her options open, it became increasingly obvious that the party passed her by. The rise of a fiery new generation, epitomized by Alexandria Ocasio-Cortez, is the final proof that, although Clinton bested Bernie Sanders in the 2016 primaries, Sanders won the future.

His millennial shock troops brought the energy as Clinton stumbled and coughed her way to defeat in a general election she should have won. And all her whining that Donald Trump stole the White House served to make Clinton a creature of a dreary past instead of a hope for the future.

Ironically, the #MeToo movement was also a factor. With few exceptions, both Clintons were unwelcome on the midterm campaign trail. Bill Clinton’s sordid history of sexual misconduct and Hillary’s defense of him made them liabilities instead of assets.

On that score, it is notable that among the first Dems to announce for 2020, four are women. Rep. Tulsi Gabbard and Sen. Kirsten Gillibrand are not likely to go the distance, but Sens. Kamala Harris and Elizabeth Warren have strong followings, with Harris dubbed an early frontrunner by some.

She seemed to be hinting a week ago at the new reality with a fundraising e-mail — for the Clinton Foundation. It struck me as odd because she had stepped away from the foundation and showed no interest in going back.

Instead, she grieved the 2016 loss with walks in the woods, wrote another book and then gamely tried to position herself as the head of the resistance.

She created a slush fund to raise money for progressive groups and made frequent speaking and media appearances, all designed to keep her supporters intact for a possible rematch with Trump.

She was even chatting up members of the White House press corps in unsolicited phone calls.

By last October, the frequency of her appearances and a cringe-inducing insistence that Monica Lewinsky “was an adult” during the Oval Office trysts led many Dems, including female writers, to urge their former heroine to shut up and go away.

So now, finally, she has as Dems aim to vanquish the ghosts of 2016 with new faces, a fact that doesn’t bode well for Sanders or former Veep Joe Biden, both of whom are older than Clinton.

Meanwhile, the party’s race to the far left is seen as good news by many in the GOP. Chris Christie said a Warren nomination would be a “gift” to Trump, and Karl Rove believes the Medicare-for-all plan that Harris and others are backing will be a loser once voters learn about the explosive costs.

Their assumption is that the party will nominate someone too far left for the general election, and that middle-of-the-road Dems and independents will vote with Republicans to re-elect Trump.

Perhaps, but what if there is no longer a significant, decisive center in American politics? What if polarization has split the country into two nearly equal camps, one right and one left, with no center to bridge the differences?

The fact that there are few moderates in either party is the cause of Washington gridlock. Broad consensus on almost anything is impossible and even compromise is elusive.

Moreover, the powerful backlash movement against Trump shows no interest in picking an earnest, sober nominee who wants to move the ball forward with three yards and a cloud of dust. Its stars are bomb-throwers like Ocasio-Cortez who, so far, are skillfully using a fawning mainstream media and social media to rally like-minded voters into all-or-nothing battles.

If that approach prevails, as seems likely, and the Democrats nominate someone who embraces the radical, socialist-leaning ideas being proposed, Christie and Rove could be right that Dems will be committing political suicide and giving Trump a second term.

On the other hand, it’s also possible that most 2020 voters will be so fed up with Trump that they reward the far leftists with their biggest triumph ever. That would give them the power to take America to a radical new place, the likes of which the nation has never seen.

That’s even scarier than electing Hillary.

Among the New Yorkers outraged by the state’s new abortion law, reader Karen Korakis makes a professional observation. She writes: “Aside from being completely appalled and sickened by the flagrant disregard for human life, I must point out that a late-term abortion into the third trimester would have to be considered a violent death. As such, the cause and manner of death would have to be certified by a medical examiner or coroner.

“As a former New York City medical examiner under the late Dr. Charles S. Hirsch, I wonder how the manner of death at the hand of another would be certified. In my professional opinion, homicide would be the only appropriate choice.”

A quiz: What do congestion pricing, casinos, sports betting and marijuana for recreational use have in common?

Answer: Albany has or will allow them all so it can tax them.

They’re absolutely necessary for the state’s bottom line, advocates say, or the sky will fall. But the sky didn’t fall without those tax windfalls.

There’s the rub. No matter how much money it has, government spends it all — and demands more.

Never mind the impact on society. All that matters is that the tax man takes his pound of flesh for the pols to spend.

Mayor de Blasio declared that his predecessor, Michael Bloomberg, will be “laughed out” of the presidential race.

He could be doubly right — about Bloomy and about the reaction to his own possible entry into the race.

City Hall is a proven political dead end and it’s hard to imagine Bloomberg or de Blasio breaking the trend.

‘When people don’t want to talk about your child, it feels very lonely’
World News