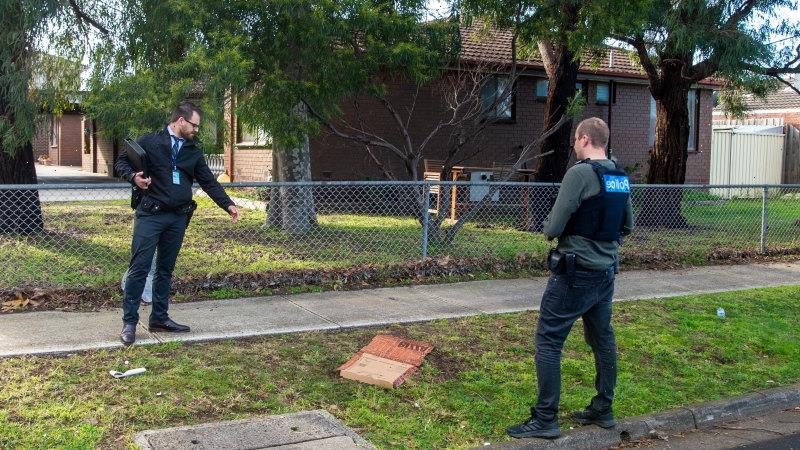 Delivery driver’s face slashed when he tried to deliver pizza

A delivery driver was robbed and slashed across the face when he tried to deliver a pizza to a home in Melbourne’s north overnight.

Police say the Thomastown man was attempting to deliver the pizza on Apsley Street when he was approached at about 12.30am on Thursday. 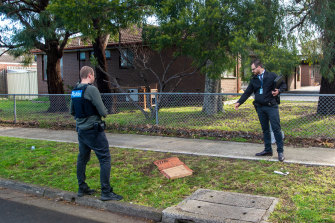 Police inspect the scene where a pizza delivery driver was slashed in Glenroy.Credit:Justin McManus

Detective Senior Constable Tom Gall said the attacker slashed the delivery man’s face, causing a deep laceration from the corner of his mouth up to his ear.

The injured man managed to drive himself back to his workplace and raise the alarm, he said.

Police are now working to find the person responsible, the detective said.

“He was approached by an unknown male who immediately attacked him with a sharp object. The delivery driver suffered a serious injury to his face. He was assaulted and had his wallet stolen,” he said.

“This would be a life-changing injury to him to his face. It’s very concerning to police.”

On Thursday, police were examining an upturned pizza box on a nature strip and a blood-stained footpath.

Senior Constable Gall said the attack appeared to be unprovoked. A line search was underway in a nearby street in the hope of tracking down the weapon used and the stolen wallet.

Investigators are also working to determine whether the offender escaped in a vehicle and are tracking down CCTV footage from the nearby area. 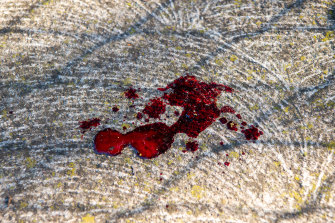 Blood was seen on the footpath where a pizza delivery driver was slashed in Glenroy. Credit:Justin McManus

“This person was just going about his job, his day-to-day business, making a delivery as he’s probably done every day,” he said.

“To be approached like this for an unprovoked reason and attacked is disgraceful.

“Police are putting in a lot of resources into catching this offender. We will find you. Hand yourself in at the earliest opportunity.”

The offender is described as male, with dark skin, about 182 cm tall and wearing a black puffer jacket.

He was last seen running from the area with the victim’s wallet.

Anyone with information or any witnesses is urged to contact Crime Stoppers on 1800 333 000 or submit a confidential report online at crimestoppersvic.com.au.