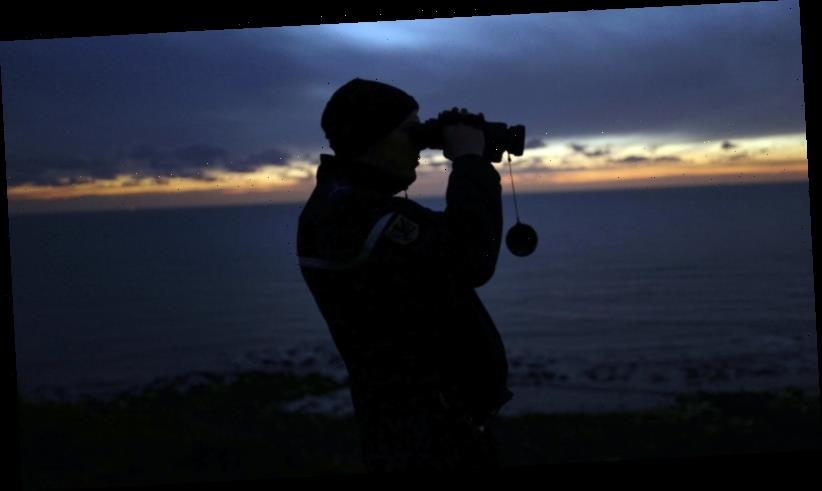 Paris: At least four people died after a boat carrying about 20 migrants capsized off the coast of Loon-Plage near Dunkirk, northern France, French media reported on Tuesday.

"This is the heaviest toll we've ever had in the north," Herve Tourmente, the top state official in Dunkirk, told French radio France Bleu Nord. 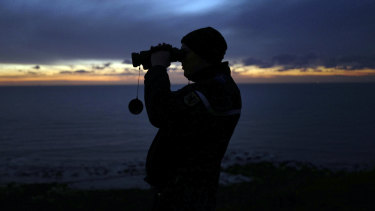 A French gendarme patrols the beach in Ambleteuse near Calais, northern France. Credit:AP

Another 15 people were rescued, with eight suffering from hypothermia and two in cardiac arrest, local firemen said earlier on Tuesday.

A major search operation was launched after the boat capsized in the morning. Emergency and medical crews attended the scene, along with a French Navy helicopter. French officials also confirmed people had lost their lives, without giving an exact number.

"My thoughts are with the loved ones of those who tragically lost their lives in the Channel today," British Prime Minister Boris Johnson said on Twitter.

"We have offered the French authorities every support as they investigate this terrible incident and will do all we can to crack down on the ruthless criminal gangs who prey on vulnerable people by facilitating these dangerous journeys."

Several thousand migrants have attempted the dangerous crossing of the English Channel this year, often paying people traffickers to help them through one of the world's busiest shipping lanes in overloaded rubber dinghies.