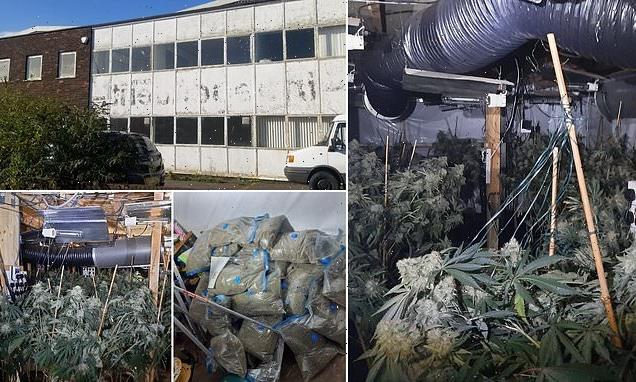 Dealers posed as WORKMEN to use office for £3.5million cannabis farm

Drug kingpins posed as workmen to set up a £3.5million cannabis farm in an abandoned office block on an industrial estate.

From the outside the business suite looked like any other faceless firm, complete with fabric blinds and polystyrene ceiling tiles.

But inside a sophisticated air circulation system, heating devices and polythene sheeting revealed a world away from hole punches and ring binders.

The two-floor office block in Avonmouth has been empty for years, but has only recently been exploited as a drugs factory.

Its air circulation system was so well positioned members of the public and staff at neighbouring companies were oblivious to its location.

The tell-tale smell of cannabis cultivation was completely absent until police smashed down the doors on Monday. 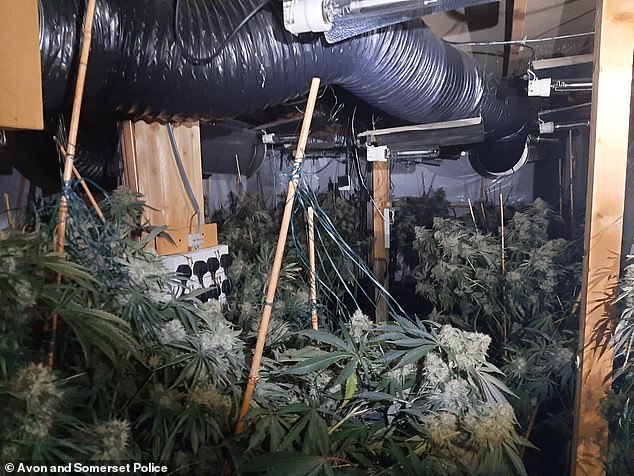 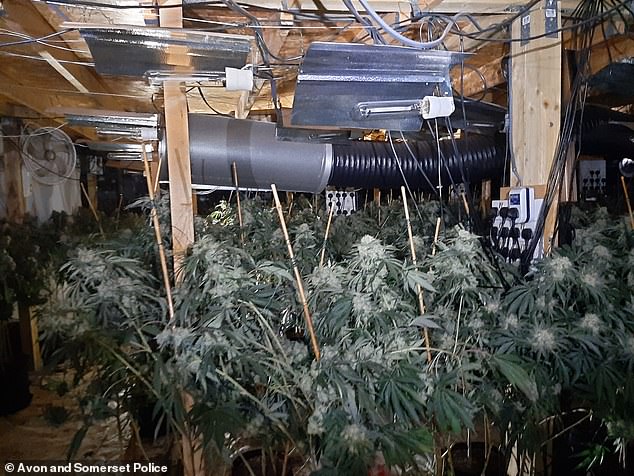 A businessman, who requested anonymity, told MailOnline: ‘We had seen random cars in the area and had heard what we thought were renovations at the site.

‘We had no idea the site was being used as a cannabis factory until the police arrived.

‘But we didn’t know until the police entered – and then we could smell cannabis. Until then, there had been no smell of cannabis.’

It was not clear what intelligence led Avon and Somerset Police to the building, but they described the find as ‘significant’. 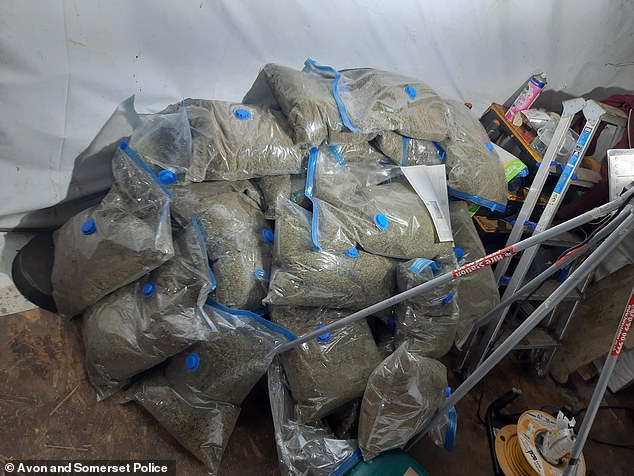 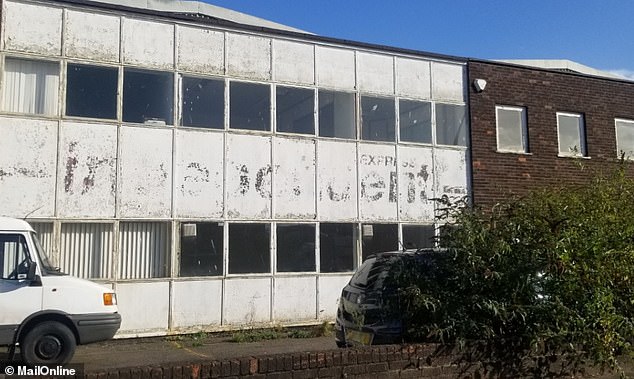 The force estimated the street value of the plants to be approximately £3.5million.

Enquiries to identify those responsible for the production of a class B drug is ongoing.

Inspector Steve Davey said: ‘Since the discovery of these cannabis plants work has taken place to remove them and make sure the area is safe.

‘A criminal investigation is underway to ascertain who was responsible for this large and seemingly professional illegal operation.

‘We would like to take the opportunity to ask the public to report any suspicious activity around industrial units or abandoned businesses that may be being used for criminal activity, such as has been the case in Avonmouth over a significant period of time.’

Anyone with information that could help the investigation is asked to call 101 and give reference number 5222249859.