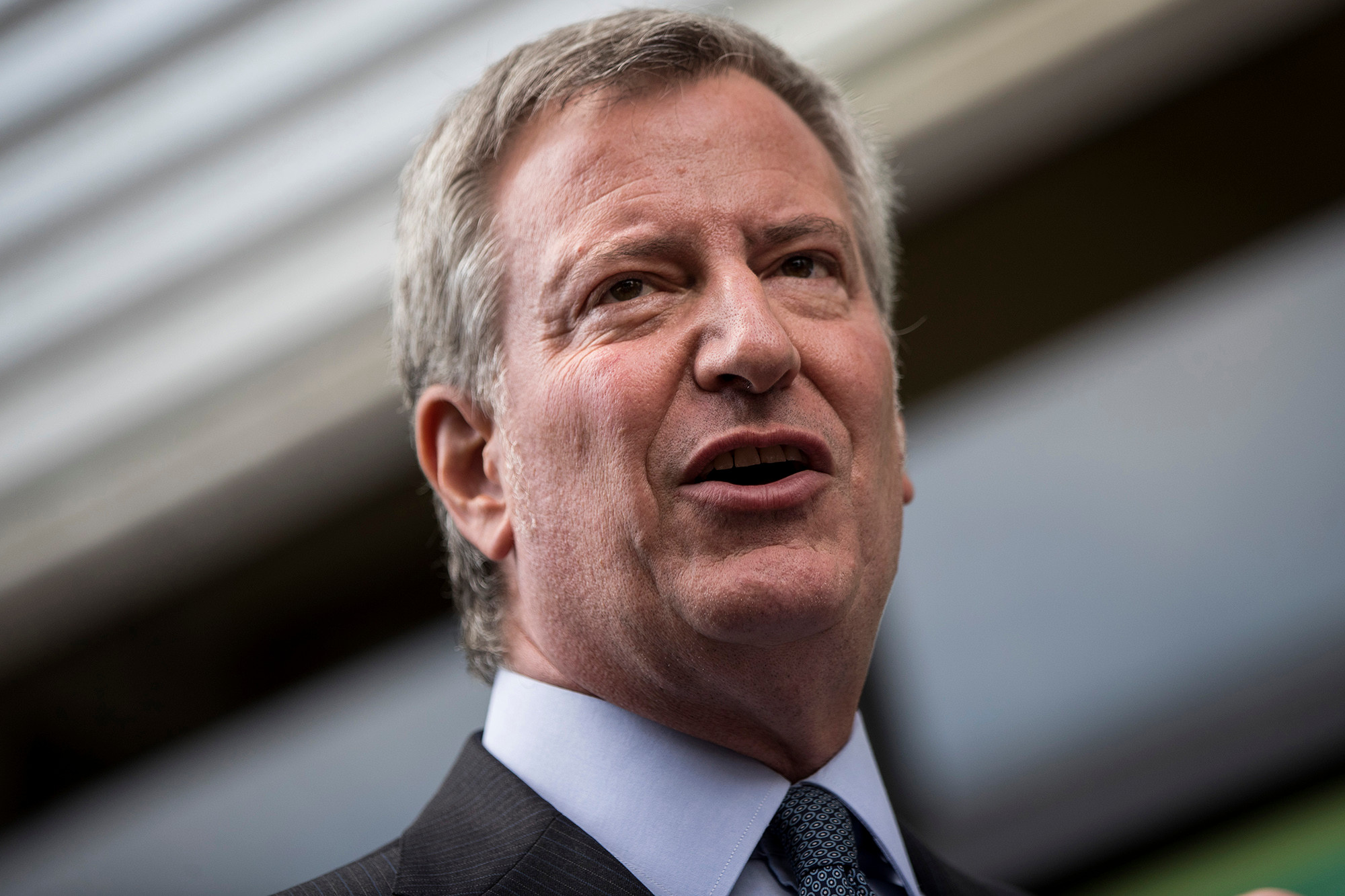 City Hall claimed Wednesday it has found a new strategy to pay for the massive repairs needed at the Housing Authority — two days before a federal judge could place the embattled housing agency under a federal receivership.

“People who live in NYCHA are the backbone of New York City,” Mayor Bill de Blasio said. “They deserve to live a good quality of life.”

“We refuse to let it continue,” he added, before attempting to cast blame for NYCHA’s scandalous deterioration on his predecessors. “In other generations, people turned away from NYCHA and let it decline.”

The mayor’s plan claims to have identified $23.8 billion to pay NYCHA’s repair bill, which sits at a reported $31.8 billion over five years.

But almost all of the funding will be delivered over 10 years — when NYCHA’s own projections show the bill will hit $40 billion. That would create a roughly $16 billion hole.

Making that math work requires an enormous leap of faith: that NYCHA will be able to make repairs quickly and cost-effectively and that the projected repair needs won’t keep growing.

“Twenty-four billion dollars is a huge amount of money,” said de Blasio. “We can fix the most pressing needs.”

“If someone’s looking for perfection, it’s not here,” he added. “[This plan] allows us to show the federal government that we are doing everything in our power to fix what has been a decades-old problem.”

On Friday, NYCHA officials will have to sell their plan to federal Judge William Pauley, who last month rejected appointing a monitor to oversee the troubled agency and suggested the federal government should take it over instead.

De Blasio’s plan depends on the conversion of more than 60,000 apartments to private management, which will pay for roughly $13 billion in badly needed repairs. NYCHA will retain the land under the converted buildings.

Additionally, de Blasio announced Wednesday that NYCHA hopes to generate an additional $2 billion from allowing additional infill development of mixed-income housing on its land and another $1 billion from selling air rights.

That would produce $16 billion in new funding, doubling the existing pool of $8 billion already allocated for repairs.

Brooklyn model awarded $125,000 after she unknowingly became face of HIV