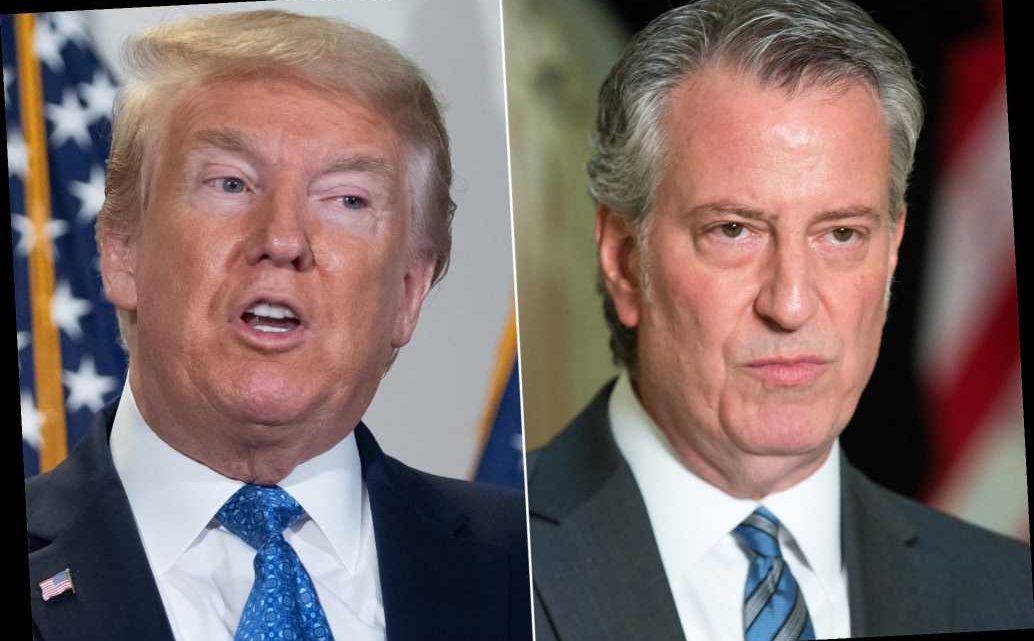 Mayor Bill de Blasio said President Trump’s announcement that all houses of worship provide “essential services” and should be reopened immediately was a “dangerous” directive and not one that should be followed in the Big Apple.

“With all due respect to the president, the president left the impression on Friday that any and all religious services should start again,” de Blasio said Tuesday during his first press briefing since Trump’s announcement.

“I’m saying very clearly that is dangerous. It is not time to restart large gatherings of any kind even though we deeply, deeply value faith,” de Blasio said.

“The key faith leaders of this city are saying it’s not time across the board. I spent much of the last few days talking to faith leaders and I said to them, ‘What do you feel about this moment? What’s right for your congregation, for your people”

Religious and other gatherings of up to 10 people are allowed in New York following a lawsuit by the New York Civil Liberties Union challenging Gov. Andrew Cuomo’s prior ban.

“The governors need to do the right thing and allow these very important, essential places of faith to open right now, for this weekend. If they do not do it, I will override the governors. In America, we need more prayer, not less,” Trump concluded.

Aldi install TRAFFIC LIGHTS telling customers when they can enter