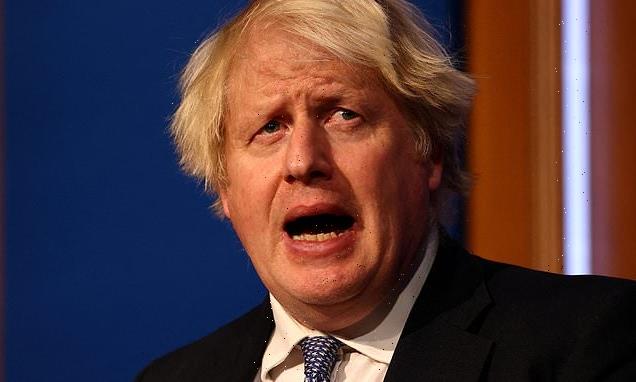 As Boris Johnson leaves a calamitous week behind, the Mail today presents him with sobering reading for his paternity leave.

Our alarming poll shows an astonishing two-thirds of voters no longer trust him… women are deserting him. And despite Labour’s sheer ineptitude, Sir Keir Starmer’s party now has a six-point lead.

It’s not exactly difficult to understand why. From the Owen Paterson affair, to stories of illegal lockdown parties inside No10, to the latest twist in the long-running ‘wallpapergate’ saga, the Government has lurched from one crisis to the other. And each raises vital questions about both the PM’s judgment and his integrity.

But any breach of trust shown is surely a drop in the ocean compared to his momentous decision to implement further Covid restrictions. 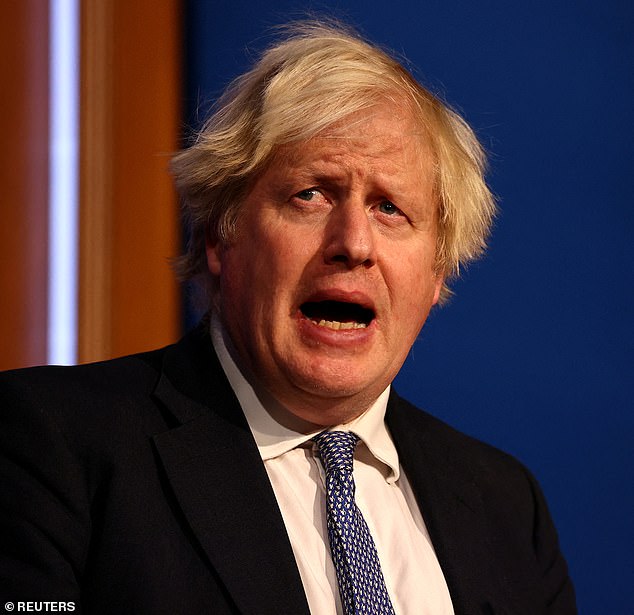 To the naked eye, it appears at worst conveniently opportunistic – and at the very least wildly hasty.

It was understandable when the PM yanked down the shutters again this time last year as the new Alpha variant ran rampant. But we are now operating on a far more favourable playing field.

Not only has the successful vaccine roll-out sent deaths and hospitalisations plummeting, giant strides have been made in treating infections.

One soon-to-be-available drug is expected to reduce the risk of death by 30 per cent.

And despite the infectiousness of the new Omicron strain, not a single one of 1,265 cases so far recorded in the UK has gone to hospital or resulted in any deaths.

Yes, two AstraZeneca jabs have been shown not to be enough to fight the variant – but gratifyingly a booster provides massive protection.

Depressingly, the PM appears to have taken none of this on board.

Instead, he has bowed once again to the medical doom mongers and reached for the panic button, with talk of further restrictions to come in January. 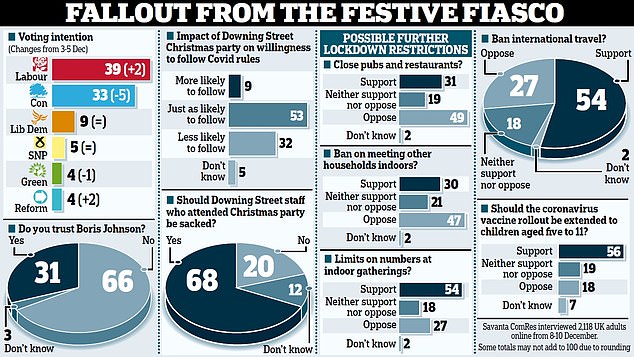 The threats these actions pose to our already battered economy are almost too terrifying to contemplate.

Yesterday’s GDP figures show the economy grew by a paltry 0.1 per cent in October, well before these so-called ‘Plan B’ measures were even announced.

Having lost so many to this pernicious disease, government caution is entirely understandable. 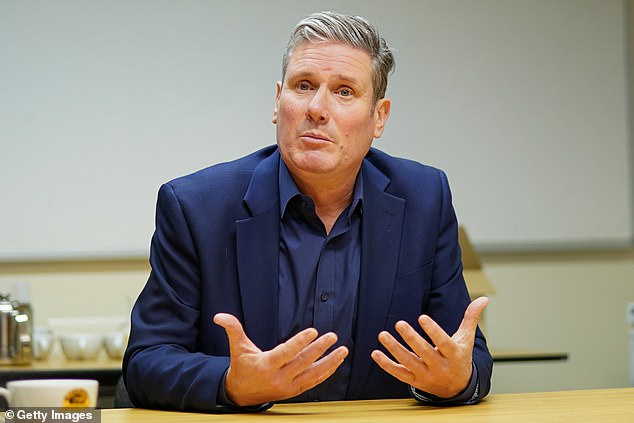 But with so much at stake is this really the time for faint hearts?

As Mr Johnson himself has pointed out, the coronavirus is something we must simply to learn to live with.

He must now heed his own words.

Come the next General Election it is not impossible that the current hysteria over gold-coloured wallpaper and ‘cheese and wine’ Downing Street soirees will be just a distant memory to voters.

But a loss of livelihood is something they will not forget or forgive.

Seeing off the sharks

Throughout the pandemic, the Mail has shone a light on the rapacious private equity sharks who have been busily exploiting economic uncertainty to gobble up UK businesses and turn a quick buck.

All too often, greedy corporate bosses have succumbed to their siren’s call.

So how heartening that, following this newspaper’s dogged campaign, a group of ordinary savers that make up the membership of one of the UK’s oldest mutually owned life insurance companies, LV, yesterday told the predators at Bain Capital to go whistle.

Truly, they are the real guardians of responsible capitalism.