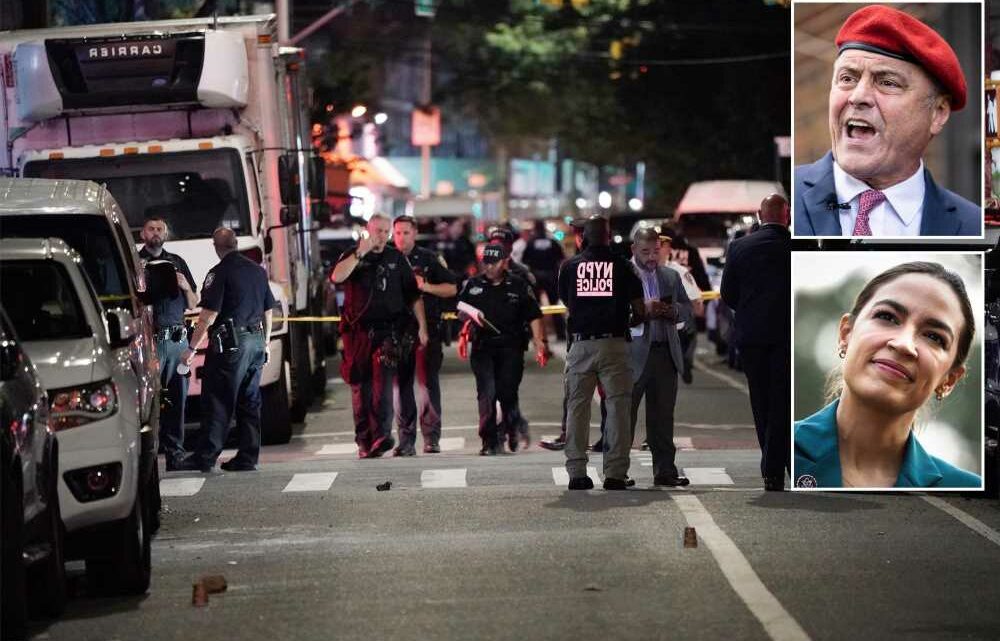 How New York Magazine takes the temperature of the city

Republican mayoral candidate Curtis Sliwa is inviting Democratic Rep. Alexandria Ocasio-Cortez to match the $20,000 reward the Guardian Angels are offering in the mass shooting in Queens that left 10 people wounded.

“Information has been difficult to get, as the community is in fear of gang warfare,” Sliwa said in a statement. “Working with AOC in this bi-partisan way can help to resolve this horrible crime.”

Two gunmen trailed by moped-driving accomplices fired off 37 shots Saturday night before fleeing on the vehicles in what Chief of Detectives James Essig has called a “coordinated attack” on 37th Avenue and 99th Street in Corona, according to police.

Eight men and two women between the ages of 19 and 72 were hurt, and treated at area hospitals, according to the NYPD. All were in stable condition and it wasn’t clear who the shooters were gunning for.

Among the 10 victims, seven were unintended targets and three “Trinitario gang members,” Essig said in reference to the Latino street gang.

The mass shooting came on a bloody Saturday night into Sunday, when 18 people were wounded and three killed by gunfire in the five boroughs.

Sliwa, who founded the Guardian Angels, said cooperation from the far left AOC — who has backed defunding the police and closing prisons — “would be significant especially in light of today’s National Night of Out, which honors the cooperation of the police and the community.”

The candidate planned a press conference at 11 a.m. Tuesday at the scene of the shooting in AOC’s district.

Trump to object to release of tax returns – lawyer

Nadia Sawalha, 56, slams ‘ridiculous’ comments over how she should look amid bikini snaps
World News