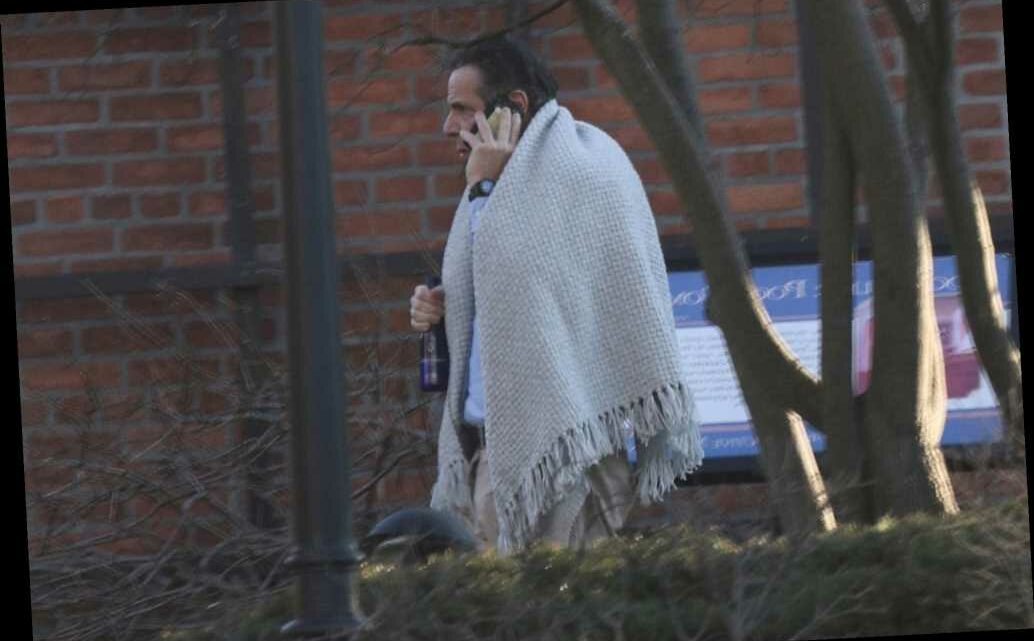 Photos of embattled Gov. Andrew Cuomo walking outside wrapped in a gray blanket have spawned a host of new memes comparing him to characters from the Peanuts to “The Sopranos.”

Assemblyman Mike Lawler, a Republican who represents New York’s 97th district, tweeted a GIF of Linus Van Pelt — the thumb-sucking, security-blanket-loving character from the Peanuts cartoon strip — in response to the Cuomo photo snapped on Friday.

Others on Twitter were quick to compare Cuomo to Vincent “The Chin” Gigante, the notorious Genovese family crime boss who roamed the streets of New York City in a bathrobe as part of a ruse to stay out of jail.

Cuomo on Friday was snapped outside the Governor’s Mansion in Albany chatting on his phone with a blanket around his shoulders and clutching what appeared to be a Saratoga Spring Water bottle — hours after a seventh woman accused him of sexual misconduct.

“As you can see, it provides for plenty of ventilation as well as keeping your cold heart warm on those cool nights when you are planning a vicious revenge against the suddenly emboldened progressives who want to take you out,” Cauvin said, mimicking Cuomo’s New York accent.

The three-term Democrat was also mocked online as both Tony Soprano, who often sported an open bathrobe in the HBO drama, and his clout-chasing “nephew” Christopher Moltisanti, from the series’ famous “Pine Barrens” episode.

Someone else tweeted that Cuomo’s forlorn appearance reminded him of Steve Martin in the 1979 screwball comedy, “The Jerk.”

Meanwhile, some e-tailers were quick to start peddling “I heart Governor Cuomo” throws for $38.92.

Cuomo, who is facing calls from both Democrats and Republicans to resign as state Attorney General Tish James investigates, has vehemently denied the women’s accusations.