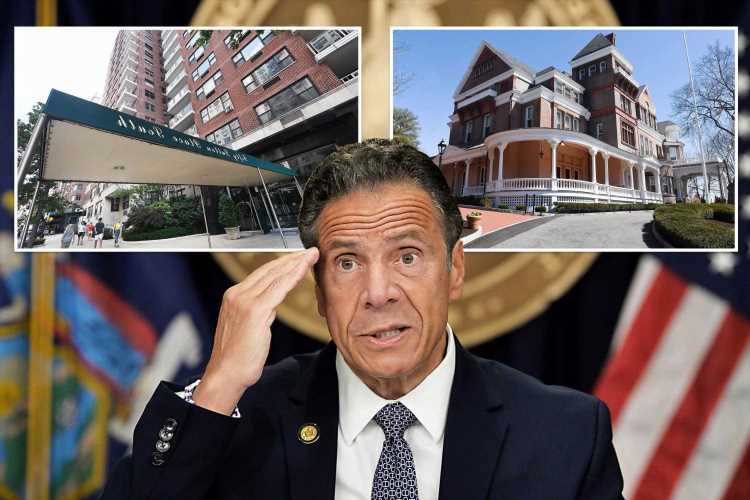 CUNY to pay more than $1 million to settle discrimination lawsuits

New York secretary of state once accused of sexual harassment

Cuomo will resign, but first he needs to get through five stages of grief

Maybe he can live in his brother’s basement!

Gov. Andrew Cuomo, who is widely expected to face impeachment proceedings that could get him tossed from office — and his lavish digs at the Executive Mansion in Albany — seemingly has no other place to call home.

He does not own any property in his name, according to available public records. His last private residence was the four-bedroom Mount Kisco abode he shared with his ex, Sandra Lee, which was in her name. Cuomo moved out in 2019, and Lee sold the Colonial she called Lily Pond in 2020 for $1.85 million.

Many of the embattled governor’s pals have abandoned him after Attorney General Letitia James released a report this week saying he sexually harassed current and former employees, but he does come from a close-knit and large family.

Younger brother, Chris, the CNN anchor, has a Hamptons retreat where he famously fled to the basement during a bout with COVID last year, even hosting his show from the cellar. He filmed his emergence for CNN, with footage showing him walking up the stairs in the family’s $2.9 million Southampton home.

“All right, here it is — the official re-entry from the basement,” the TV show host proclaimed in the video posted by the network in April, despite Cuomo already have been seen out and about in the Hamptons days earlier.

If the governor doesn’t fancy living in the Hamptons, he could bunk at his 89-year-old year mother’s apartment on Sutton Place South. The post-war building has river views, but lacks the grandeur of the Queen Anne style Executive Mansion, which dates to 1856.

Matilda Cuomo began to restore the mansion in 1983, after husband Mario began the first of his three terms as governor.

The sprawling home has a greenhouse, tennis court, indoor pool and outdoor pool, where the governor could be seen kicking back Thursday without a seeming care in the world.

Cuomo’s sister, Maria, who is married to fashion designer Kenneth Cole, might have some extra bedrooms. She and her husband own homes in Westchester County and on Martha’s Vineyard. Cole has tweeted his support of his brother-in-law.

Another sister, Madeline, lives in Manhattan, and his sister Margaret has a condo on Long Island.

Jeffery Sachs, an economist once said to be Cuomo’s best friend, reportedly put up the governor at his United Nations Plaza apartment after his marriage to Kerry Kennedy fell apart in 2002.

A spokesman for Sachs declined to comment on whether the pair were still besties, or if he might be open to housing a homeless Cuomo.

“Maybe he’ll live underneath the Gov. Mario Bridge,” quipped Andrew Giuliani, referring to the former Tappan Zee span Cuomo insisted be renamed for his dad. “That could be a possibility.”

Giuliani, the son of former Mayor Rudy Giuliani, has said he will run for governor.

“It will become like the Corleone compound in ‘The Godfather,’” he said. “Everyone checked coming in. Only Friends. No foes.”