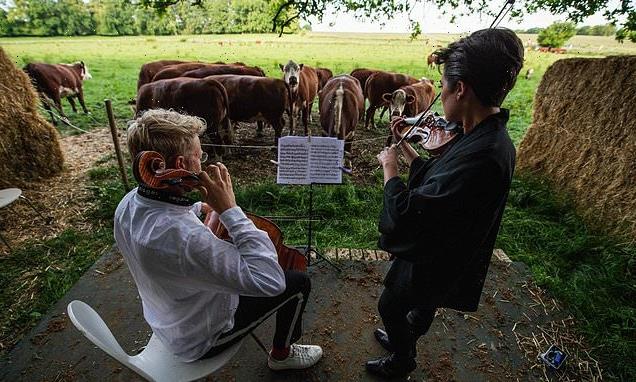 Cows love my classical moo-sic! British cellist performs for herds in Denmark – and now the animals are ‘calmer and more relaxed’ says farmer

A British cellist is organising concerts for cows in Denmark after he started playing for the animals during the pandemic.

Jacob Shaw, 30, began to perform for the cows in the Danish countryside of Stevns, where he runs a cello school, when he was no longer able to play for regular audiences as a result of COVID-19.

Shaw believes the cello is popular with the cows because it is similar to the sound of their mooing, and has said that the experience is so rewarding that he intends to continue.

The local farmer who owns the cows has confirmed that they seem ‘calmer and more relaxed’ for listening to Shaw’s music. 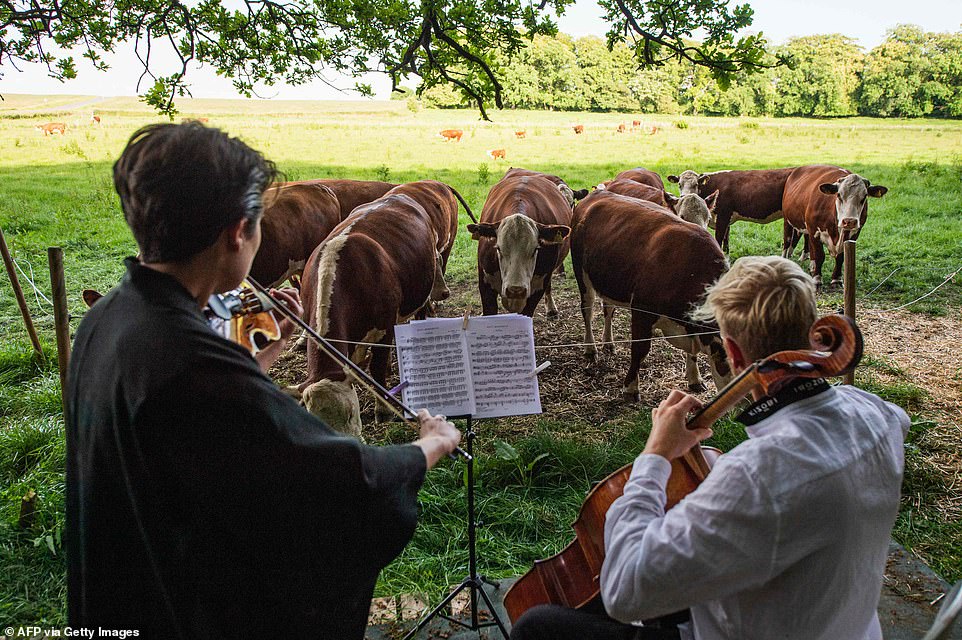 Cellist Jacob Shaw, the head of a music school in Stevns, Denmark, has been playing for cows during the pandemic as a replacement for regular audiences 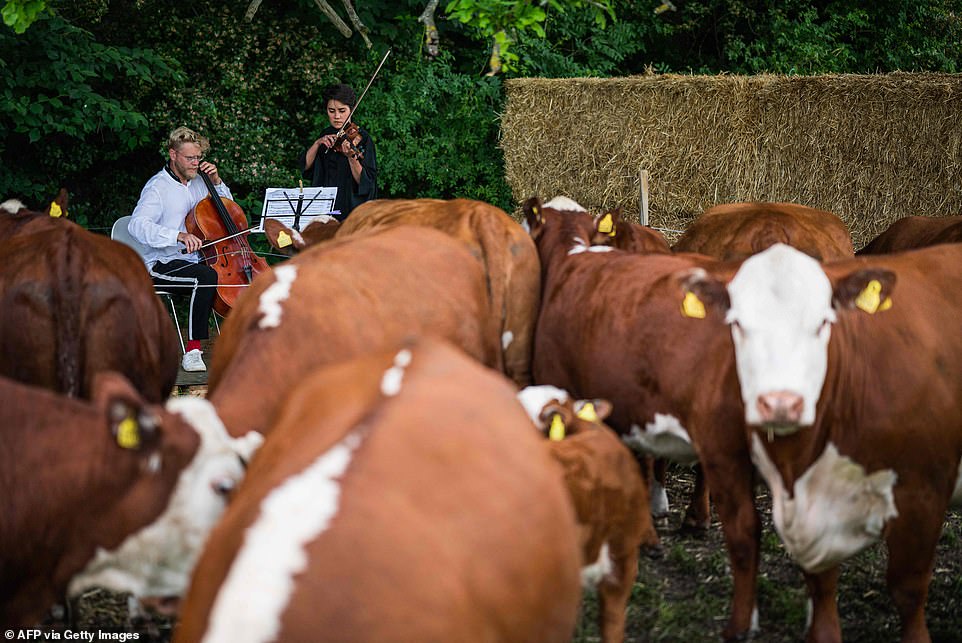 In the autumn of 2020, he convinced music-loving farmer Mogens Haugaard to expose his beef cattle to classical music to improve their welfare 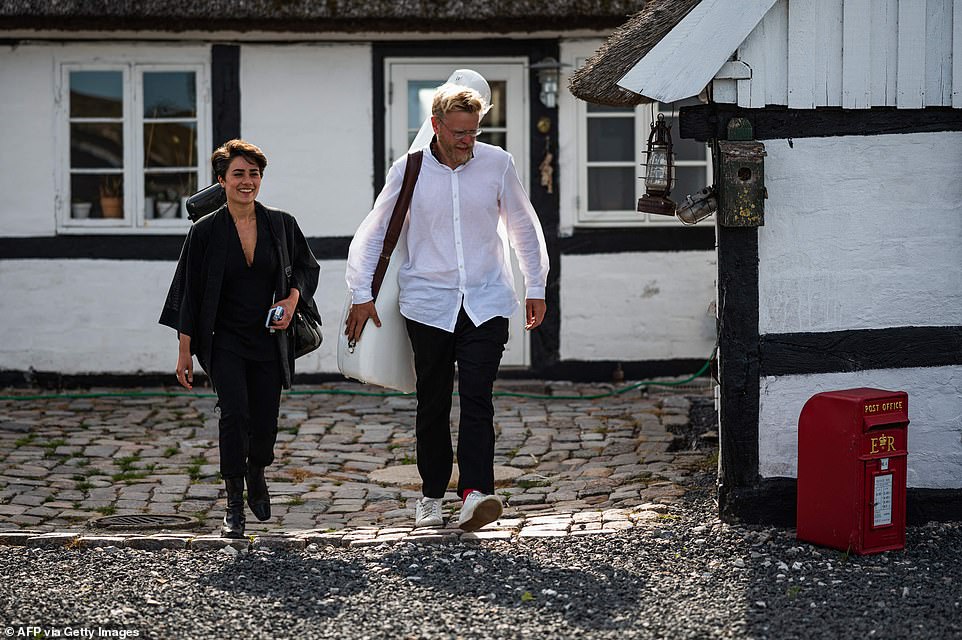 Shaw (right) said that the experience was so enjoyable that he continues it even after the reopening of the theaters, whilst Roberta Verna (left) said the cows ‘really listen and they respect us’

‘Playing for cows is a continuation of what I’ve always done in my solo career – I’m passionate about taking classical music out of the concert hall,’ Shaw told AFP.

‘During corona, of course, it wasn’t always possible and we decided to move on to the next best thing: playing for animals,’ the 30-year-old said.

In the autumn, he convinced music-loving farmer Mogens Haugaard to expose his beef cattle to classical music to improve their welfare.

‘When he told me about it, I didn’t think it was crazy but rather exciting,’ said Haugaard.

‘I feel the calming effect of music on my own body, so I thought it would be the same for the cows, and I was right.’ 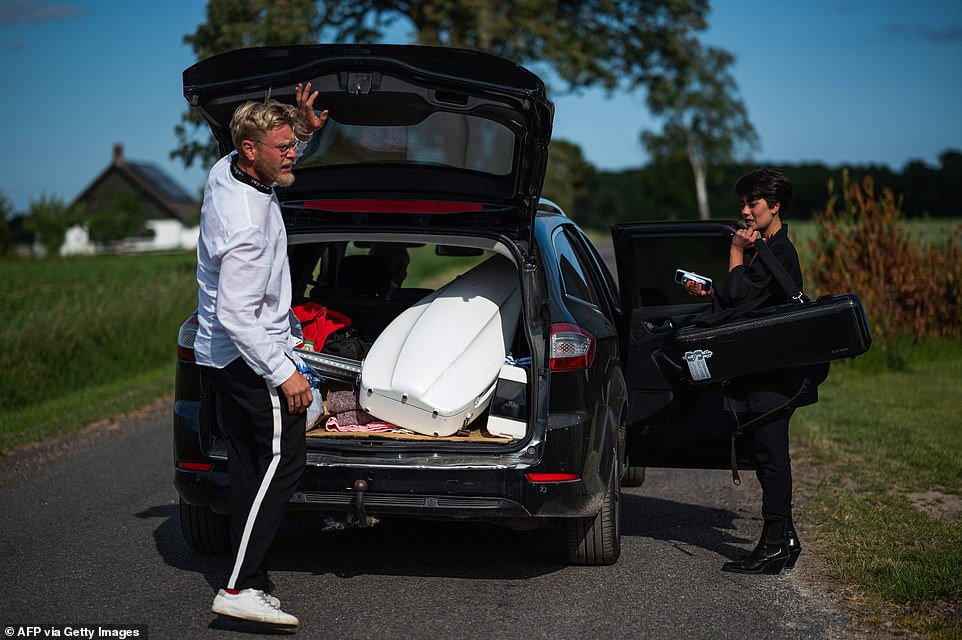 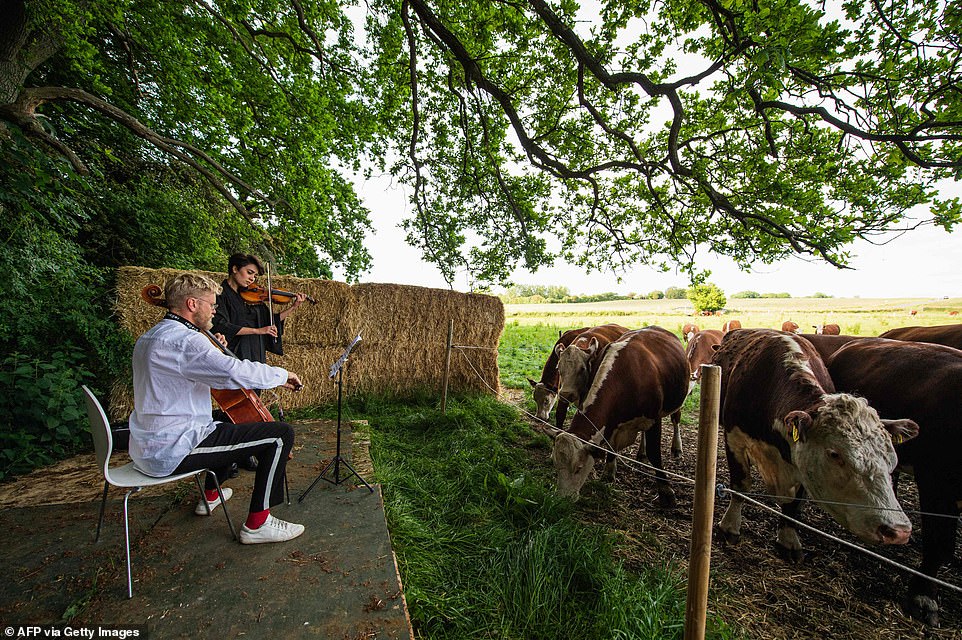 Holding a Stradivarius, Verna and Shaw played pieces by Reinhold Gliere and Bela Bartok for the ruminants, who were seemingly as moved by the beauty of the melody as they were by the distribution of food 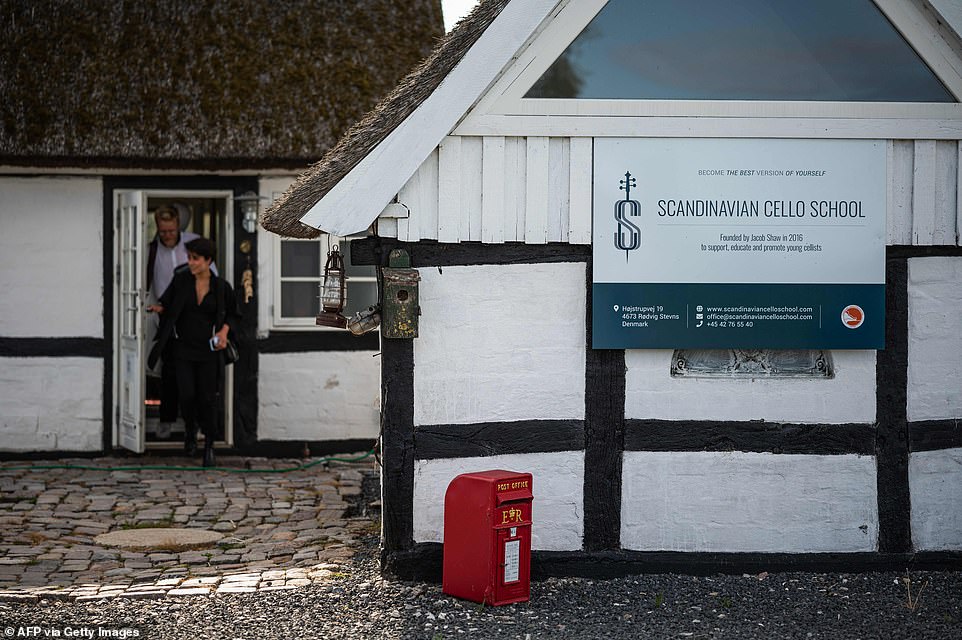 Shaw, 30, is the head of the Scandinavian Cello School which opened in 2016 and is often accompanied at the farm by musicians who come to study there

The cows were first introduced to the classical repertoire through loudspeakers installed in their barn in the winter, but it quickly seemed to strike a chord with the bovine audience.

‘Everyone could see from the first time that they liked it, so we continued.

‘Now they are getting used to it and the result is that they are fantastically pleasant and healthy animals,’ said Shaw.

‘They are calmer and more relaxed. They are easier to approach,’ Haugaard said.

Cattle even have their preferences, Shaw argues, even if the subtlety may escape the layman.

‘They react differently to different pieces, we played something that was slightly catchier and a bit more modern and a lot of them didn’t like it and left,’ he said.

‘I think the type of piece that is closest to their voice, their mooing, is actually similar to the sound of a cello, which is why it’s so popular with them,’ he added.

While he sometimes comes to play alone, the cellist is also often accompanied by one or more musicians who have come to spend time at his institution, the Scandinavian Cello School, opened in 2016.

The school offers expert tuition to an elite group of international award winning cello players who are among the best young cellists in the world. 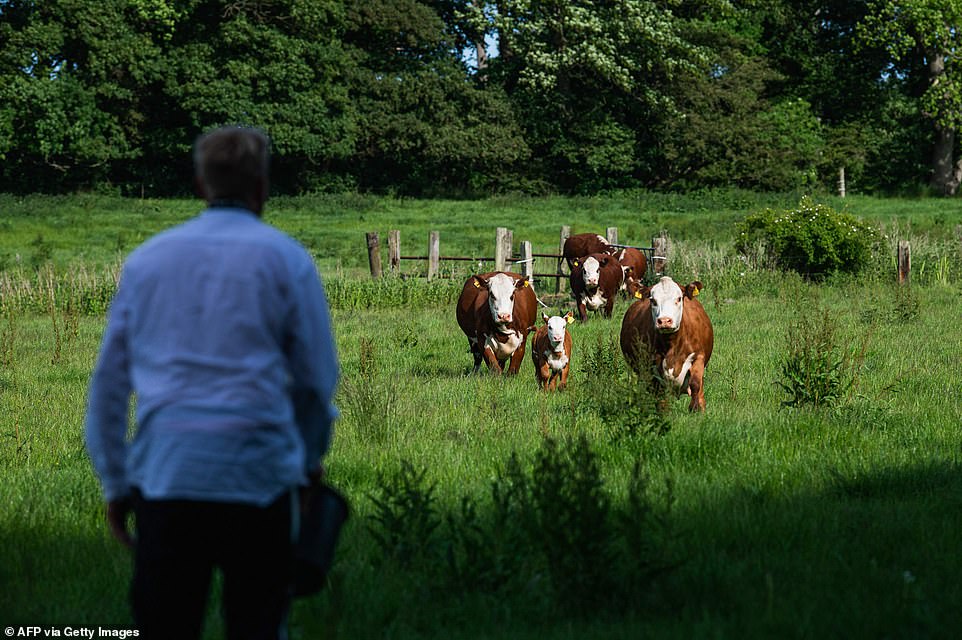 ‘I feel the calming effect of music on my own body, so I thought it would be the same for the cows, and I was right,” said farmer Mogens Haugaard 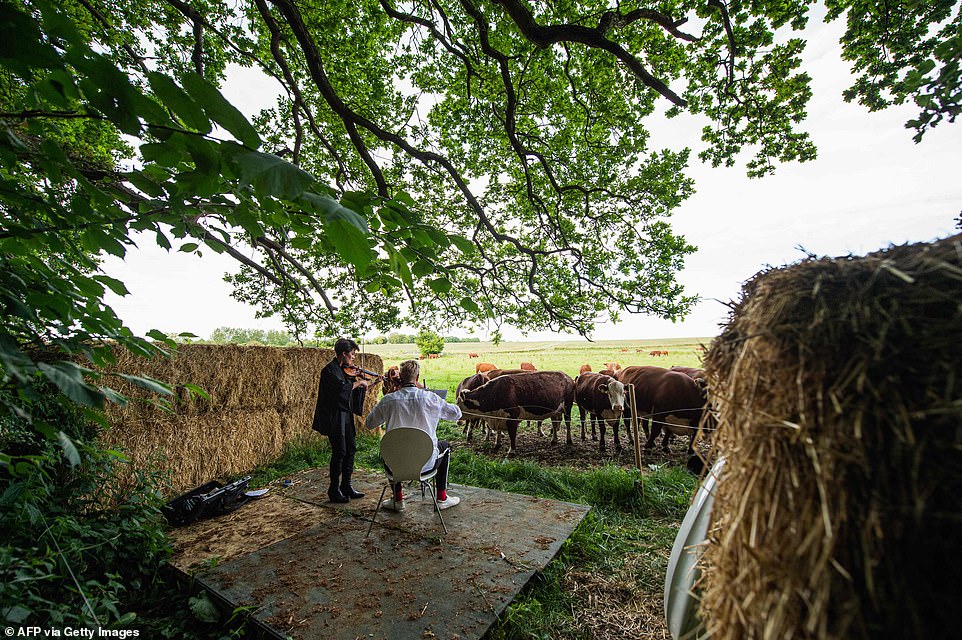 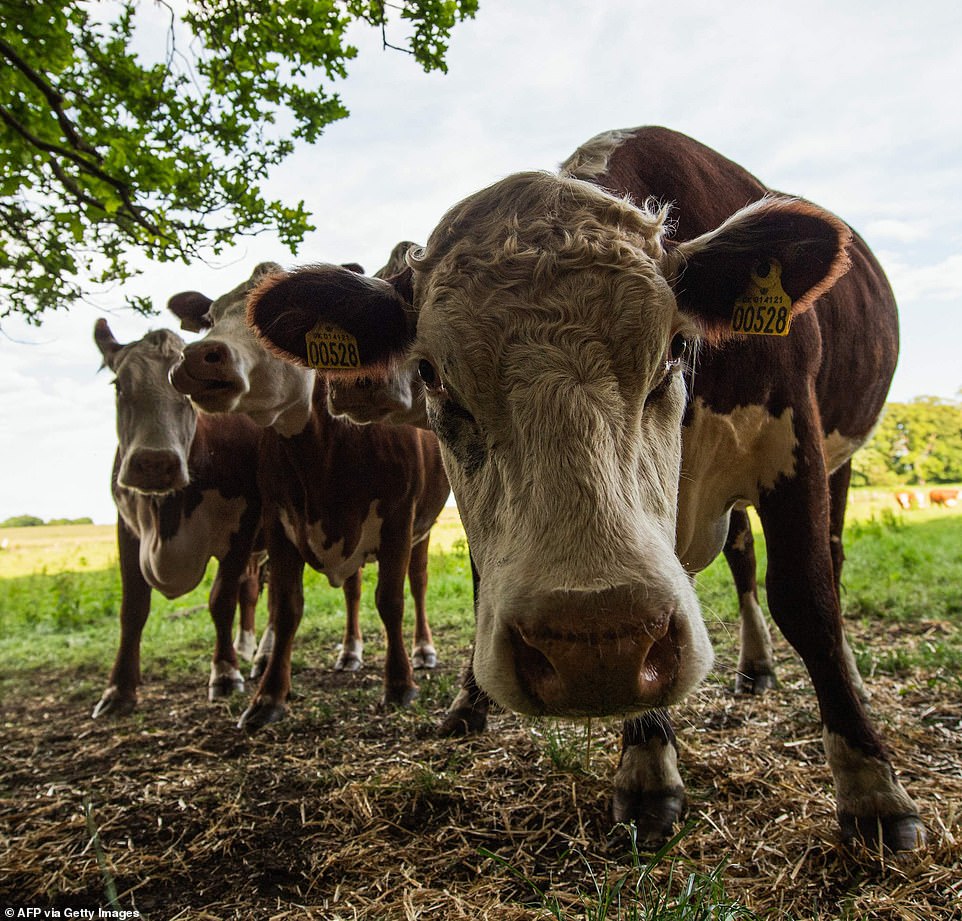 According to Shaw, playing in the open air in front of this perhaps less discerning audience helps visiting artists relieve some of the stress of a performance.

‘If they get a chance to play in front of the cows, I think it allows them to relax and enjoy what they are doing more.’

Roberta Verna, a 22-year-old violinist, came to Stevns to ‘get a different perspective on things.’

‘It was a different situation than usual, but not worse.

‘It was really interesting because they really listen and they respect us,’ the young musician explained.

At the end of the fifteen-minute concert, the second of the day for the cattle, calves and cows calmly graze the pasture awaiting the next recital.

‘The normal thing for a cow in this field is to listen to music,’ Shaw said, adding that he has no plans to stop. 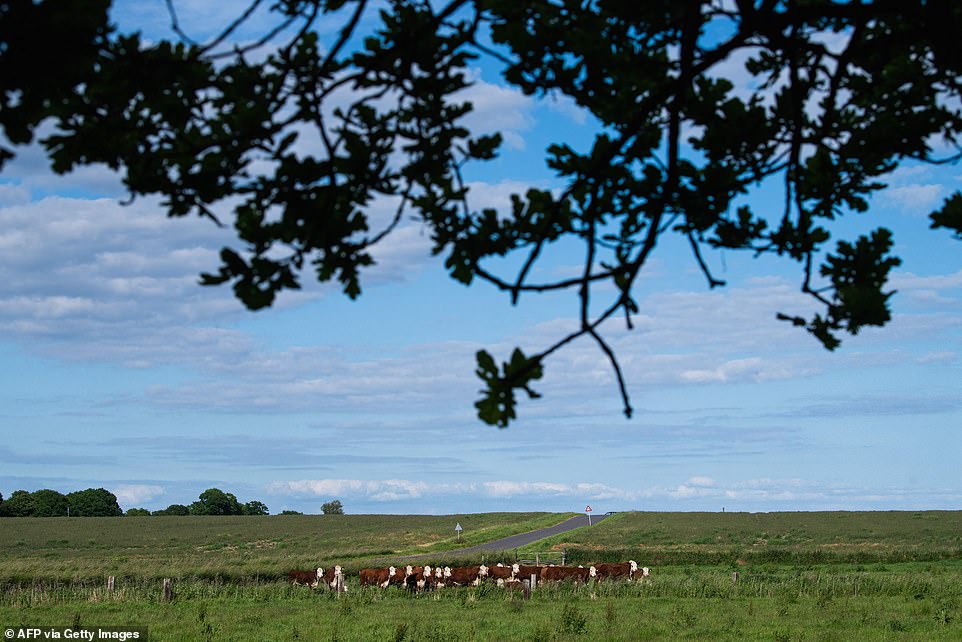