A SECOND wave of Covid is smashing Europe – as France brings in curfews, Spain shuts bars and Portugal declares a "state of calamity".

Many countries in Europe have announced strict new measures in an attempt to limit the impact of the fresh spike. 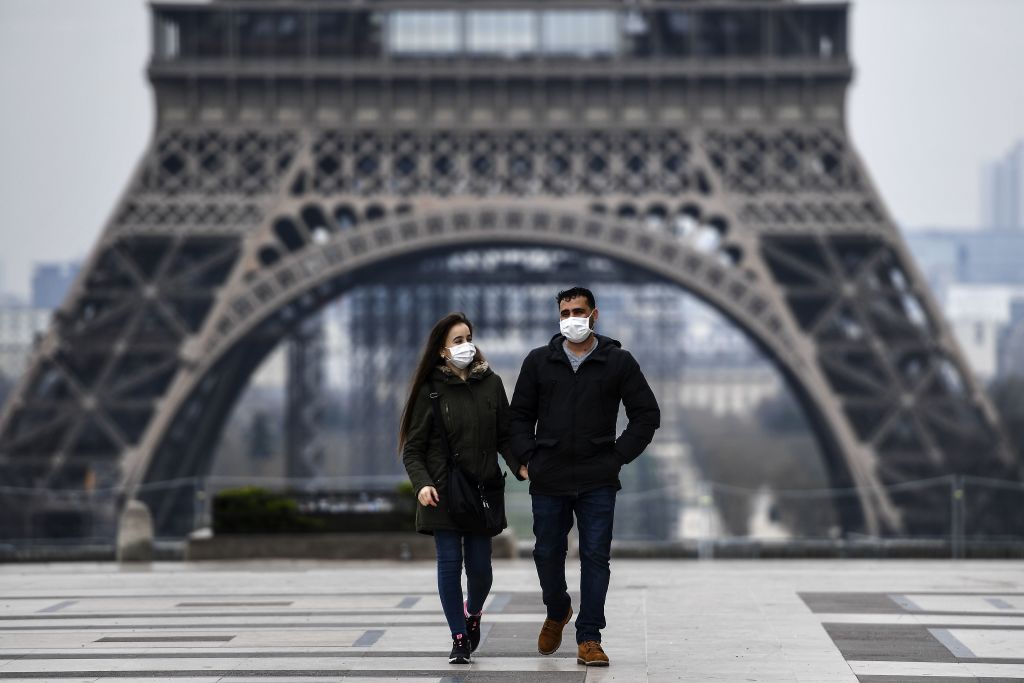 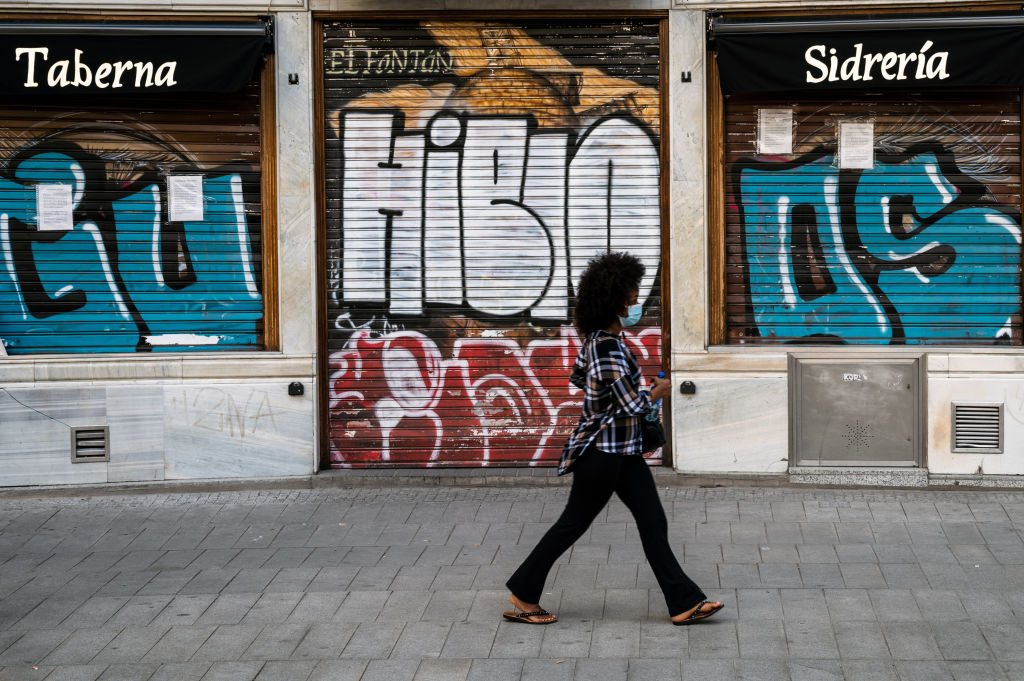 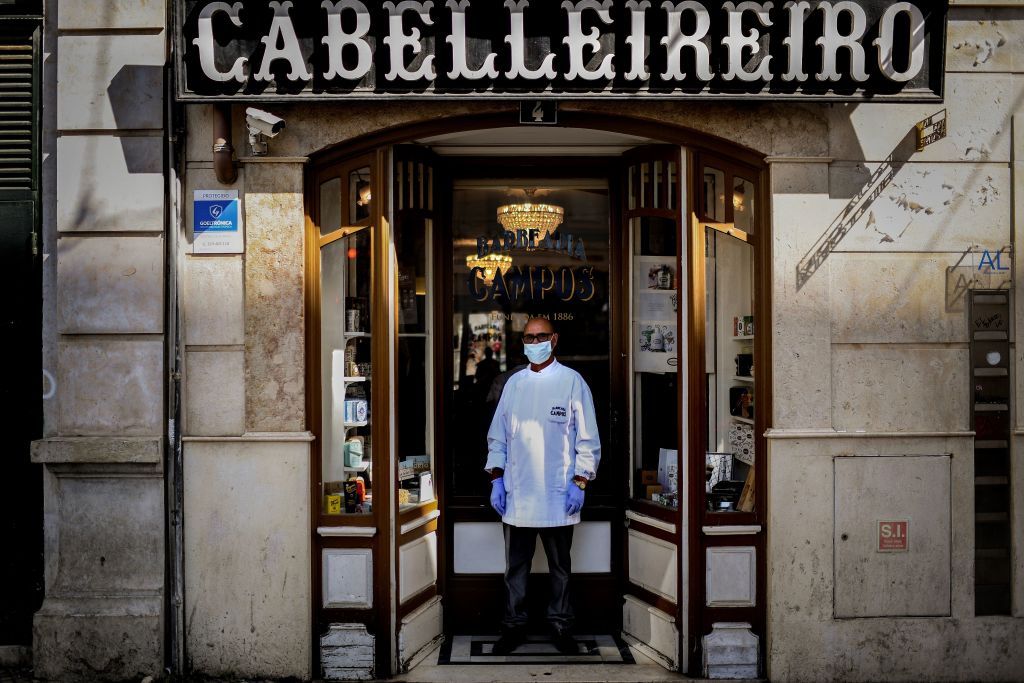 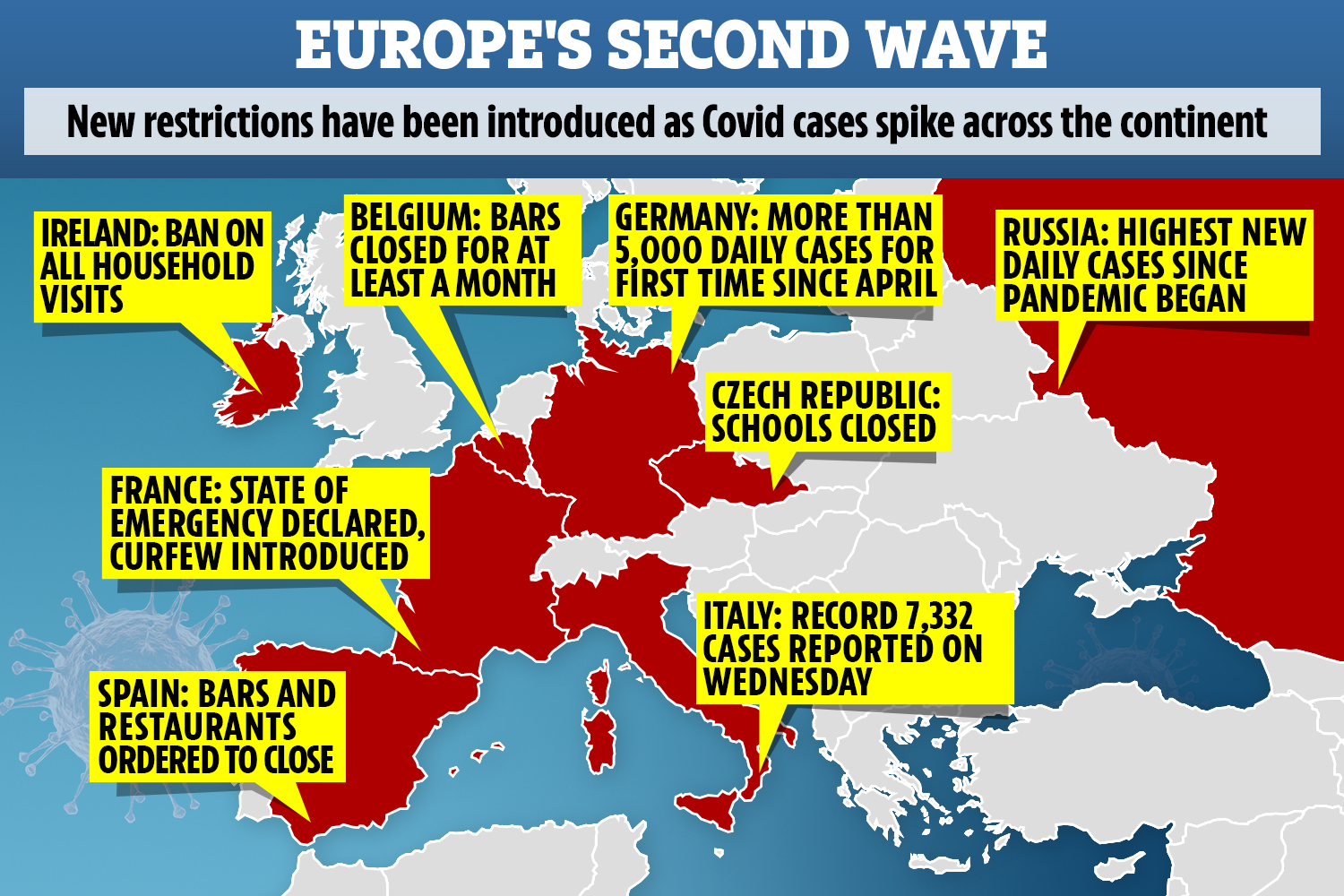 The new restrictions in Europe come as Britain also faces new coronavirus rules, with a three-tiered system being introduced as winter begins.

Social life has shut down across Europe, with France, Spain, Portugal, Germany and many other nations limiting interactions.

Scientists have issued a warning as the cold weather approaches, with the spread of the flu and people spending more time indoors allowing the virus to spread more easily.

France recorded 22,591 new Covid cases on Wednesday – the third time in just six days there were more than 20,000.

The country's five largest cities are on "maximum alert", with bars and gyms closed.

A third of France's intensive care beds are occupied by Covid-19 patients, and President Emmanuel Macron has declared a state of emergency.

A curfew between 9pm and 6am has been introduced for the country's worst-affected areas, including Grenoble, Lille, Lyon, Aix-Marseille, Saint Etienne and Toulouse.

Those areas will be under curfew for four weeks from Saturday.

People living in areas with a curfew are not allowed to go to restaurants or visit friends.

Spain became the first European country to have more than 900,000 Covid-19 cases on Wednesday.

Hospitalisations in the country have increased during the second wave.

In Barcelona and the rest of Catalonia, bars and restaurants have been forced to close for 15 days, and there are limits on the number of people in shops. 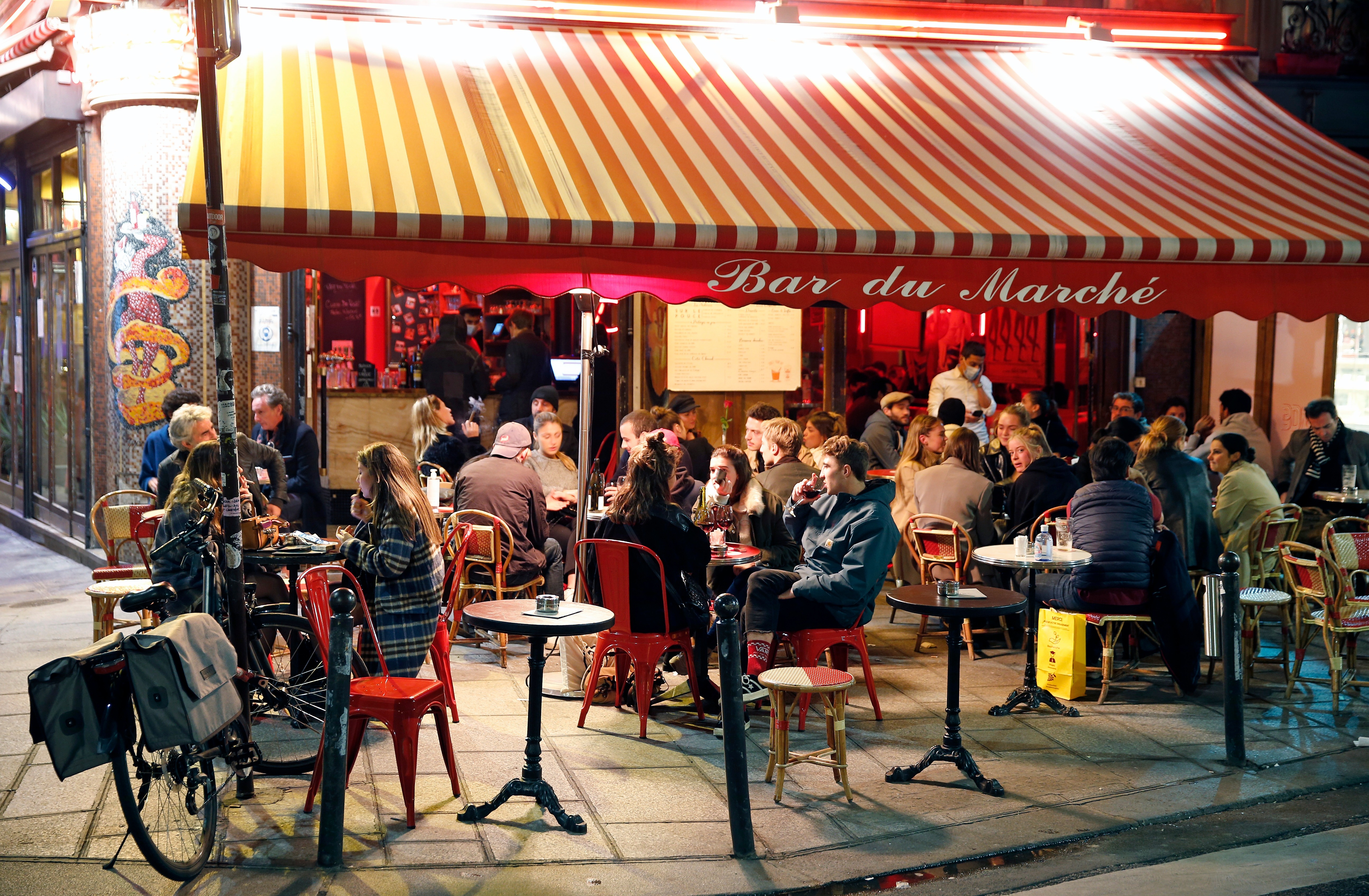 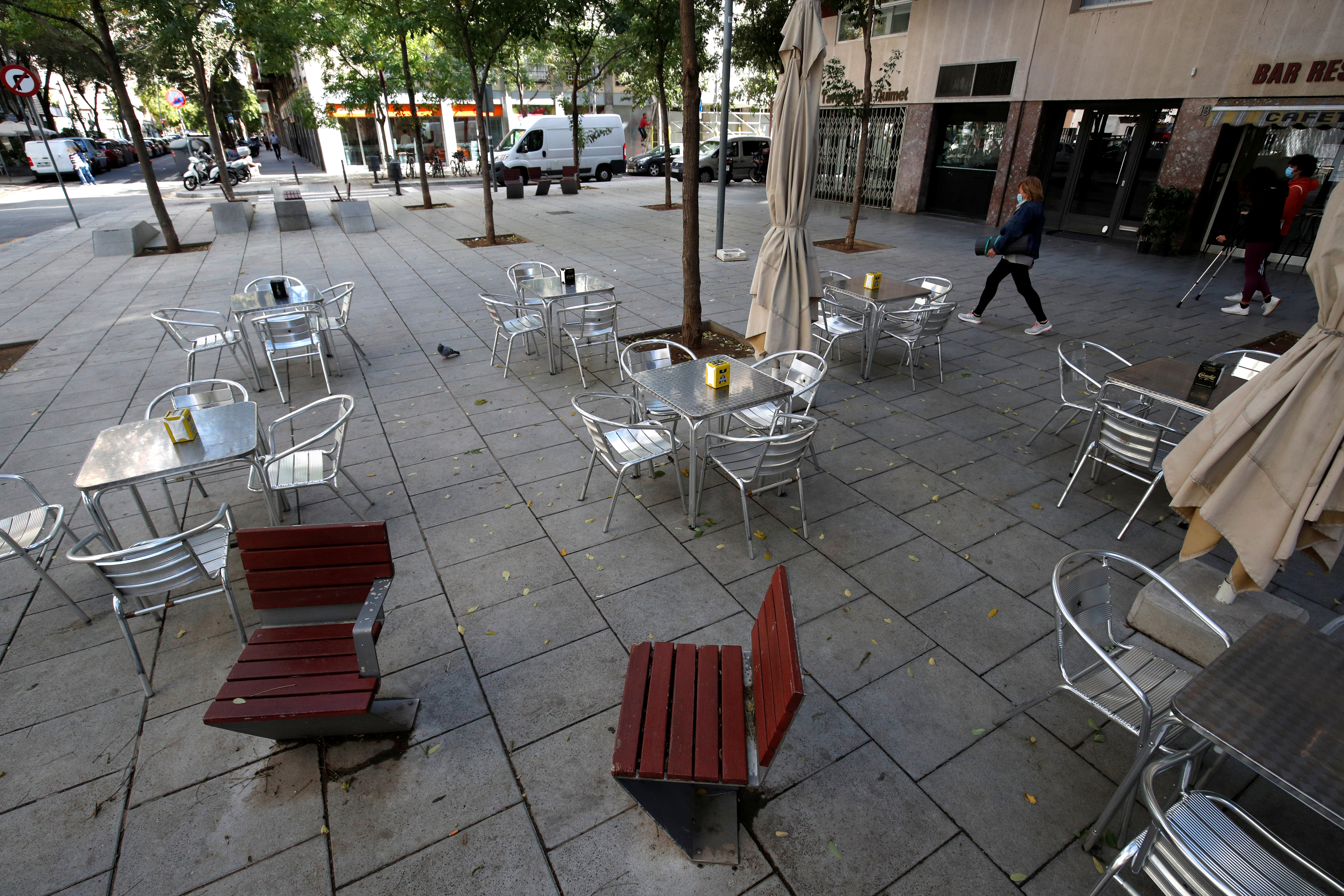 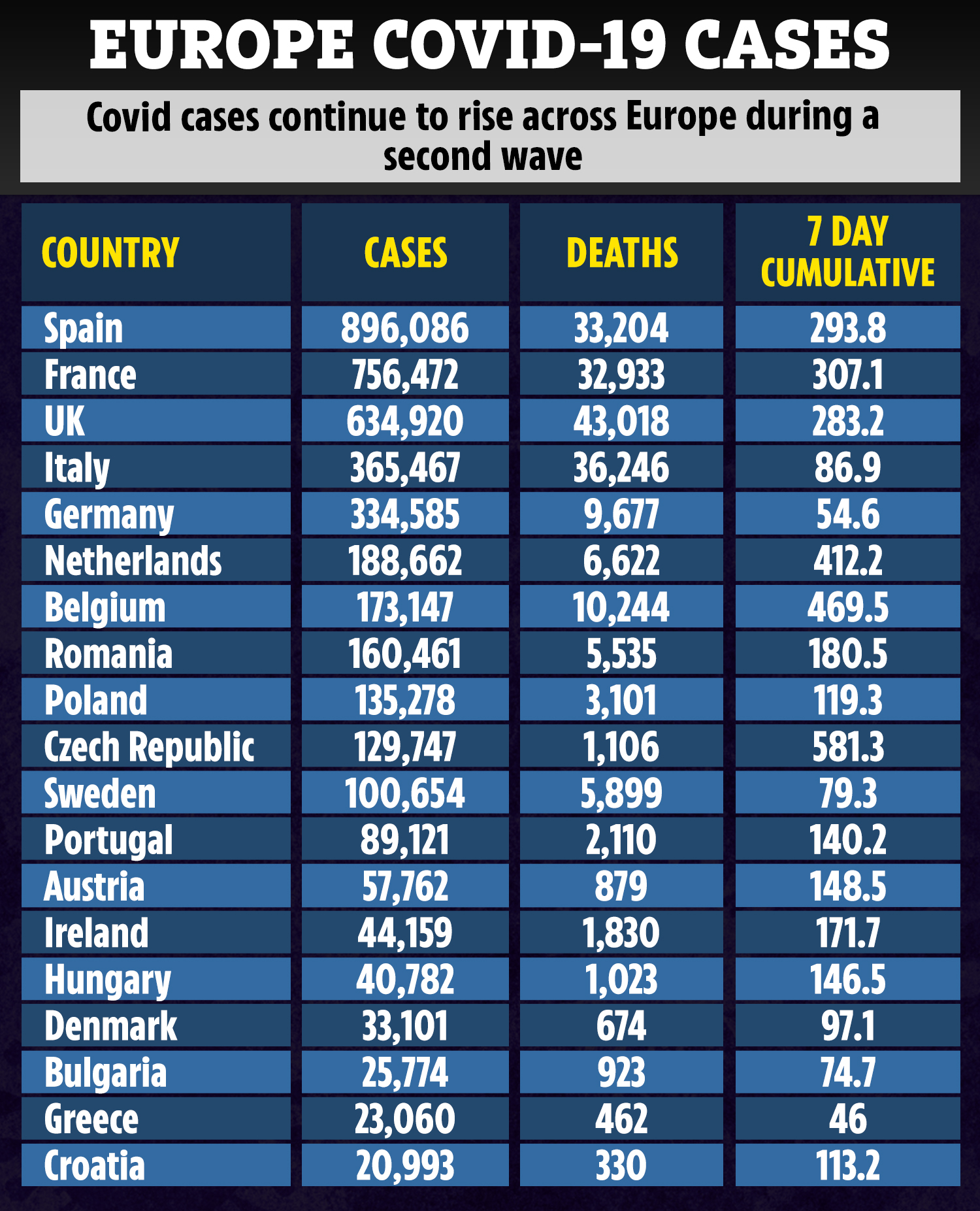 The Portuguese government imposed a "state of calamity" yesterday, as Covid-19 cases continue to rise.

Gatherings have been limited to just five people, while the government is hoping to make masks compulsory in all public places.

Prime Minister Antonio Costa said: "The success of our fight against this pandemic depends on the personal behaviour of each one of us."

Health Minister Marta Temido said Portugal's Covid cases were "in a growh situation that will tend to get worse over the coming days".

The government also hopes to introduce a tracing app, while fines for businesses that break coronavirus rues have been raised to €10,000 (£9,045).

Infections are rising in Northern Italy, the area where the pandemic first hit Europe.

A record 7,332 cases were reported across Italy yesterday – more than the worst day in March, at the beginning of the pandemic.

Bars and restaurants have a midnight curfew, while casual sports and celebrations inside public venues are banned.

Masks are compulsory both indoors and outdoors.

The Italian government has refused to rule out closing cities, but also wants to avoid another harsh lockdown. 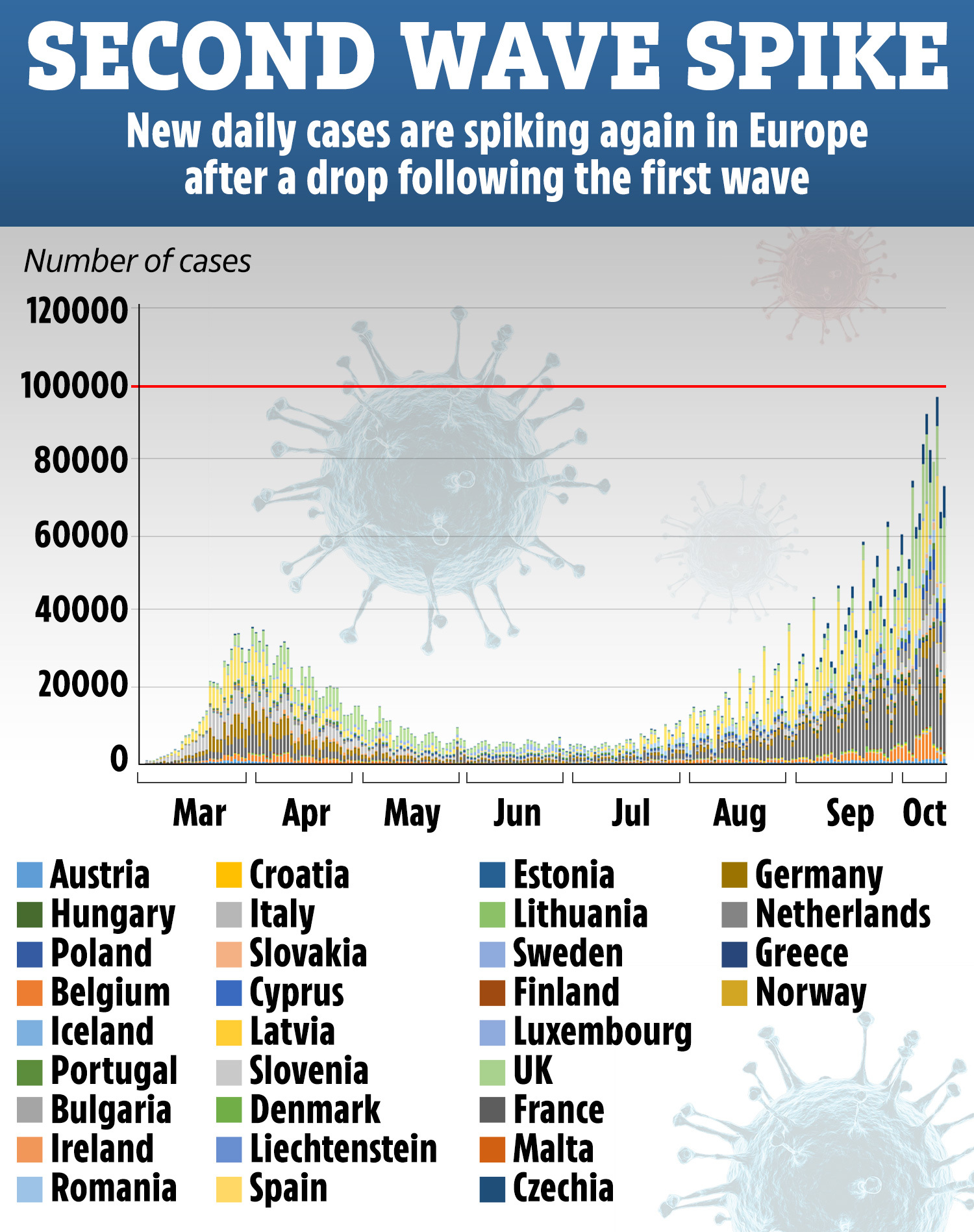 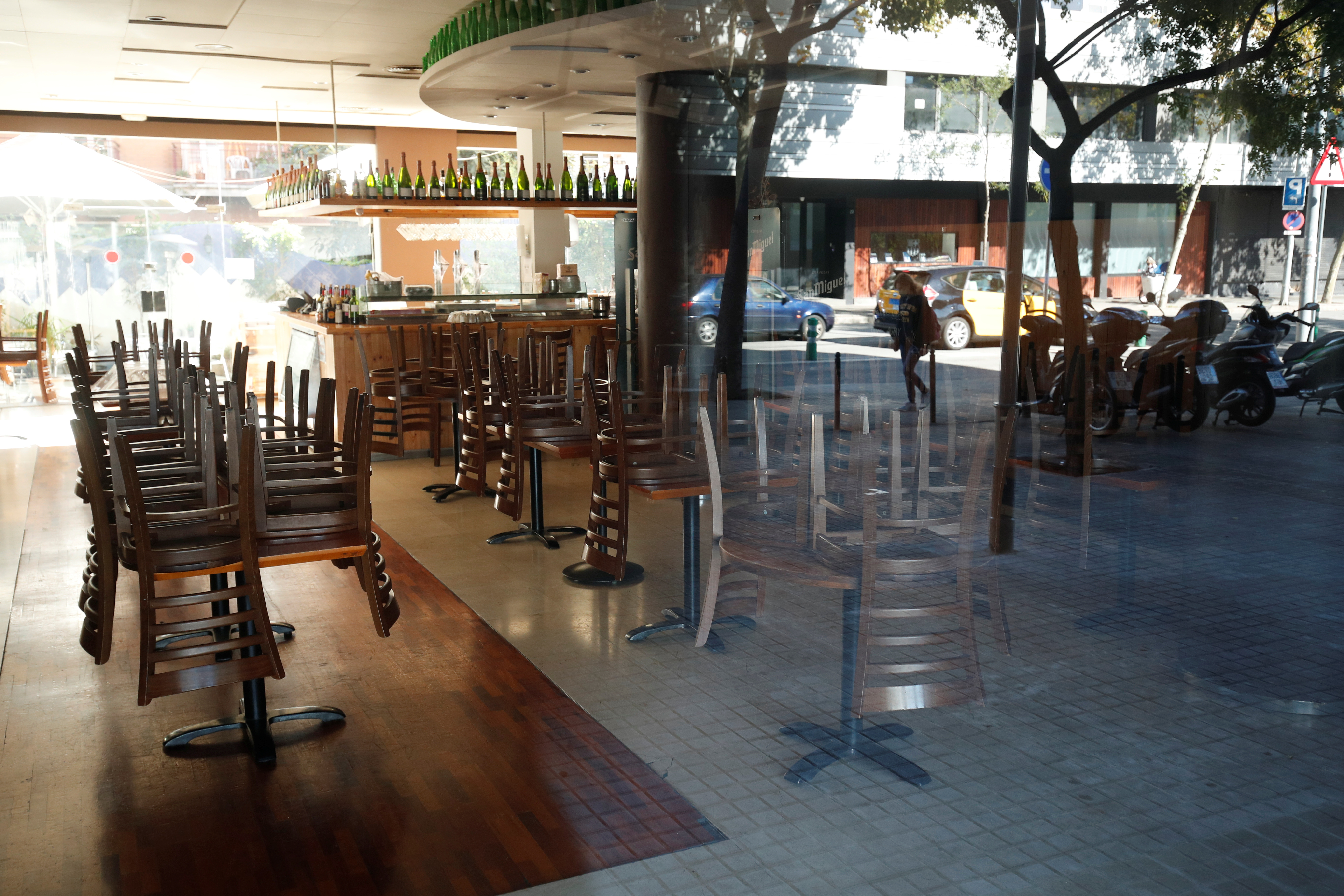 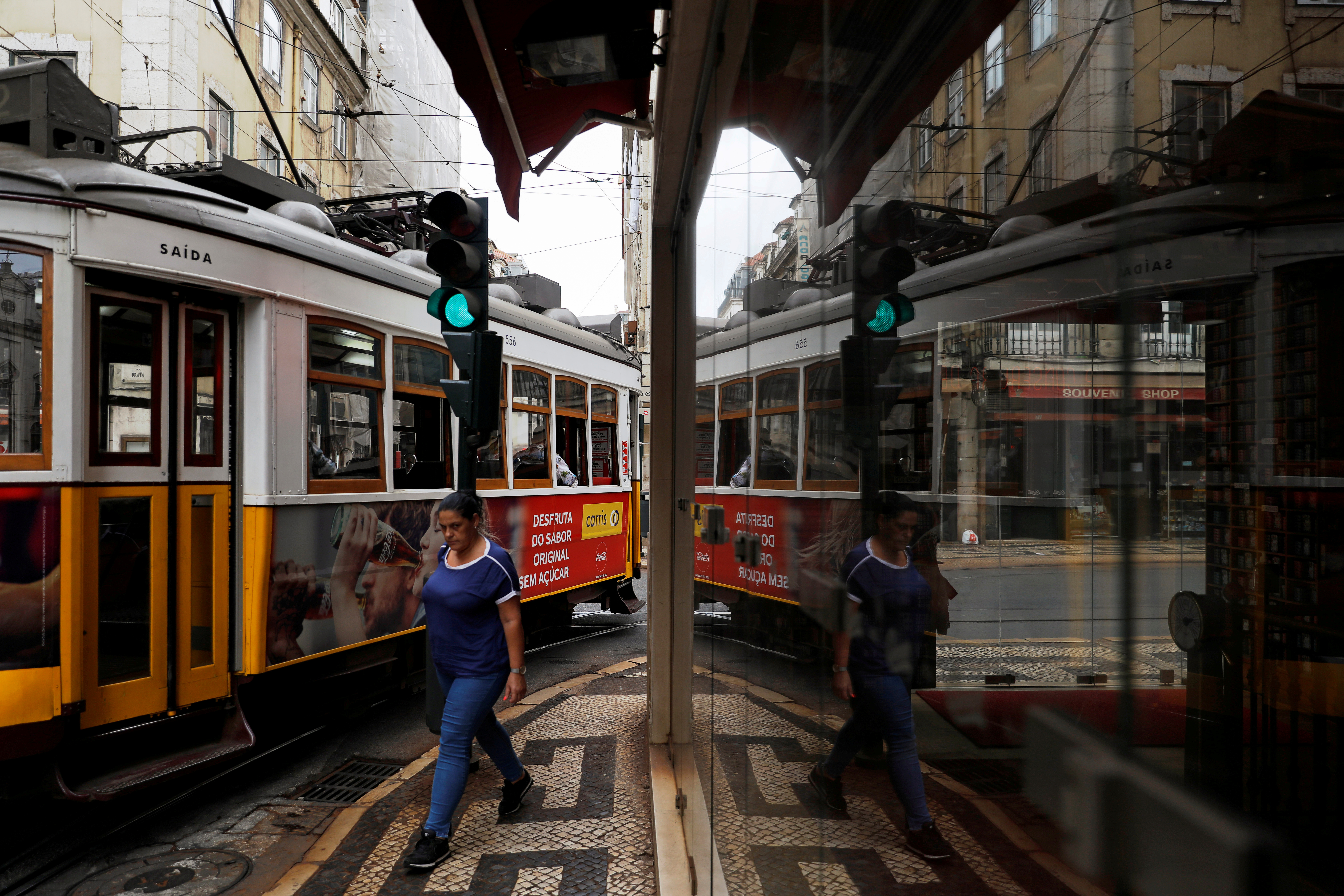 On Wednesday, 14,231 cases were reported – the highest since the pandemic began.

Elderly people in Moscow have been told to isolate, while school holidays have been extended for another week.

Some students have been moved to online lessons in an attempt to limit the spread of the virus.

Germany had a record-high new number of Covid-19 cases yesterday with 6,638.

Politicians are debating whether to extend the school holiday break over the Christmas and New Year period to stop the spread of the virus among children.

Proposals set to be discussed in Germany include new restrictions being introduced once a region has 35 infections per 100,000 people in one week.

According to a draft policy paper, citizens are being asked to consider how "necessary and justifiable" private parties are.

The paper also warns that stricter restrictions could be brought in if infections continue to rise. 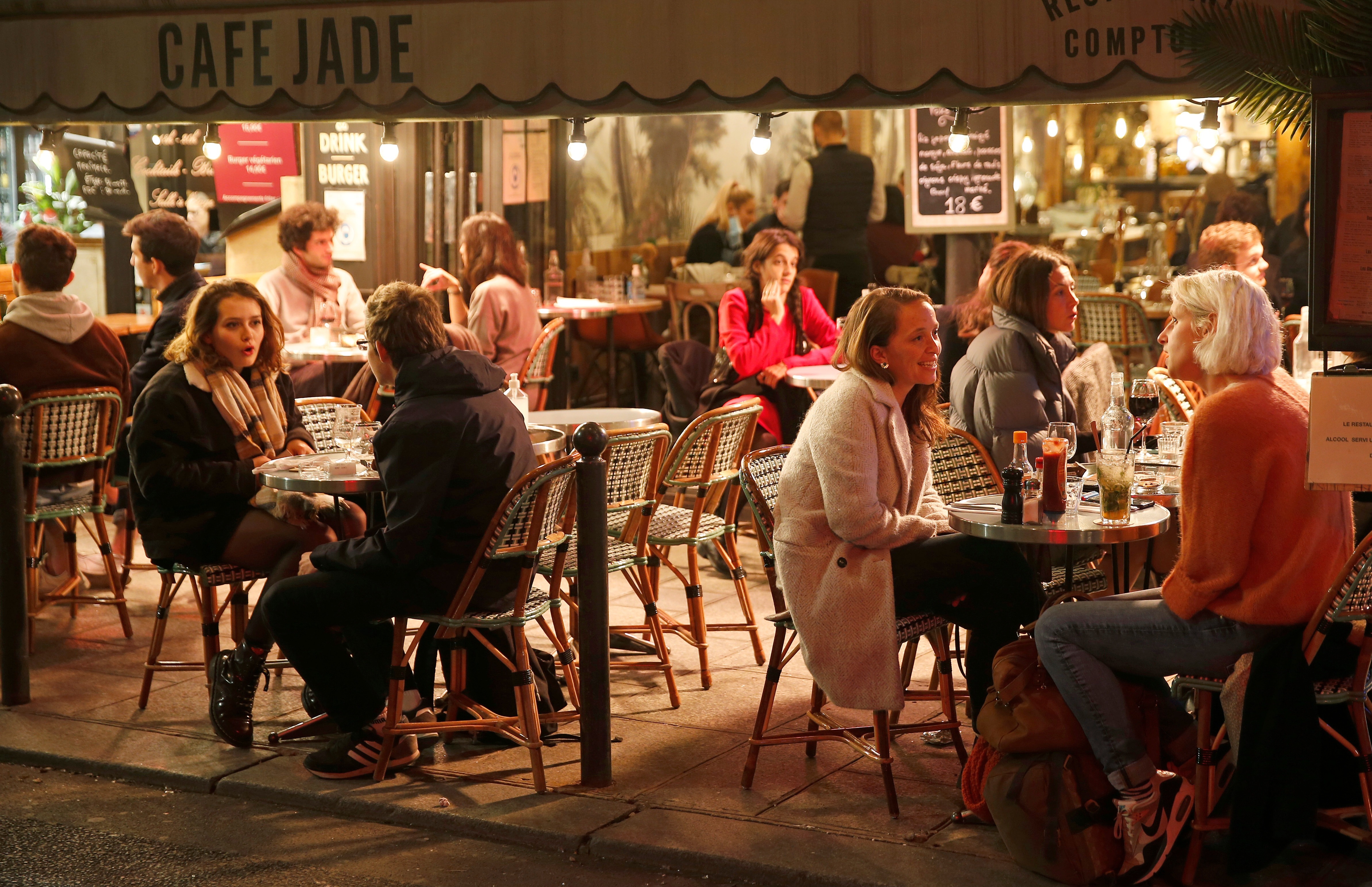 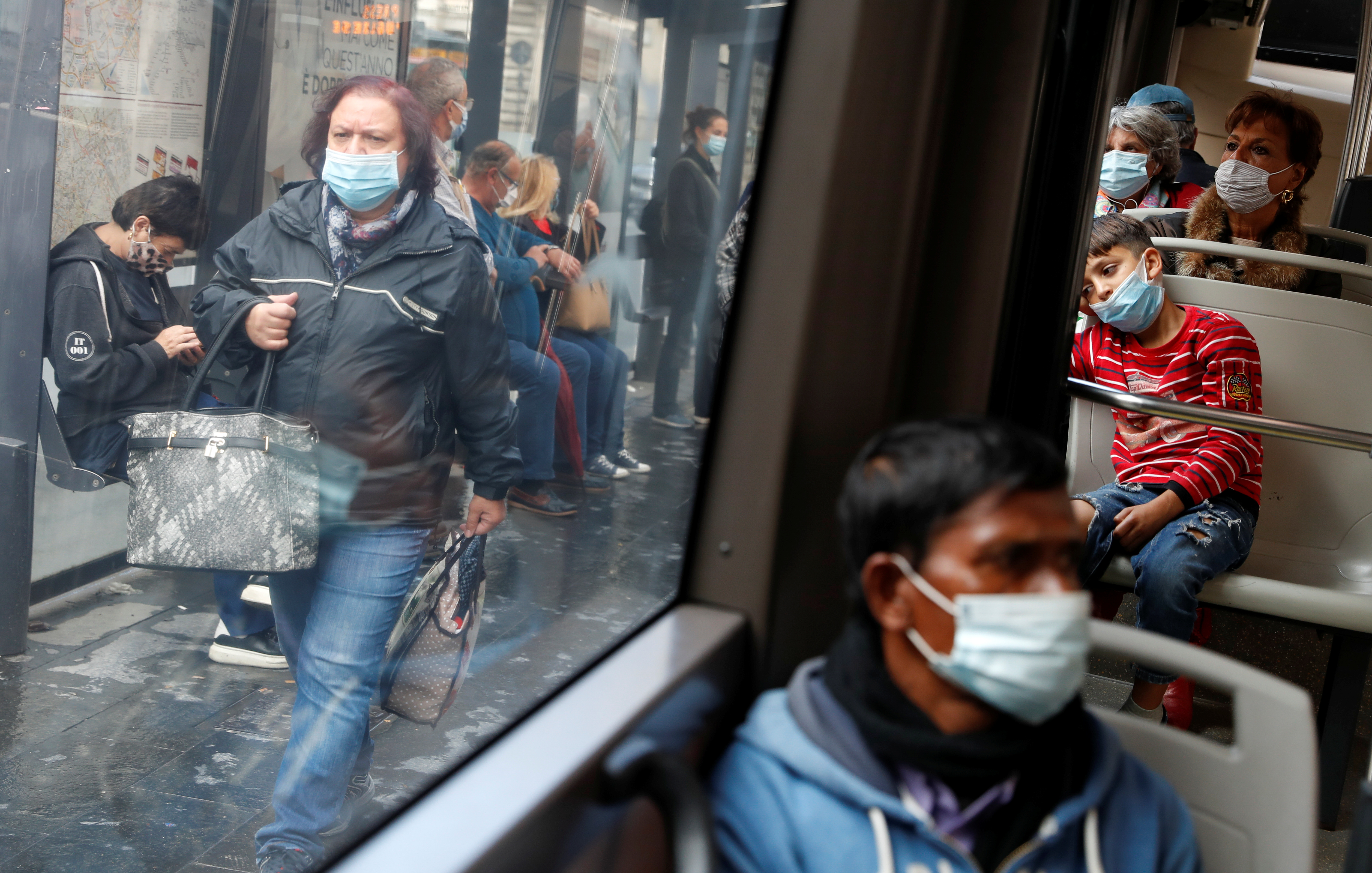 Infection rates are now at 521 per 100,000 people in the past two weeks, which is the highest rate in Europe.

Schools in the Czech Republic have been closed.

Education Minister Robert Plaga said: "It's necessary to [close schools] and to do it fast."

The country's health ministry said more teachers and other education staff have Covid than health workers, with 4,500 school workers infected.

Hospitals have slashed non-urgent surgeries and medical procedures to free up hospital beds.

Bars, restaurants and clubs have shut across the country.

Builders have also been rushing to turn hospitals' general wards into Covid-19 departments. 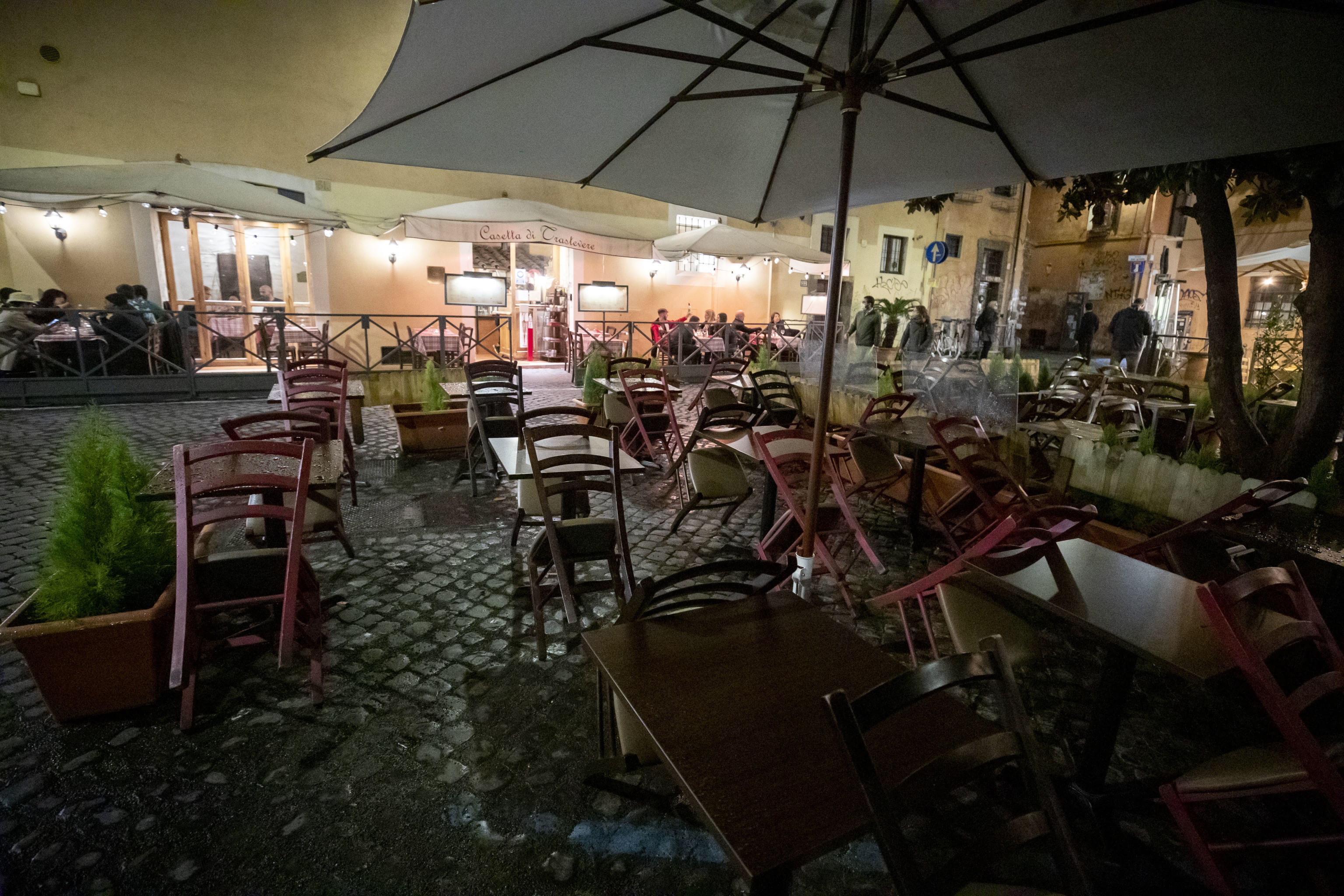 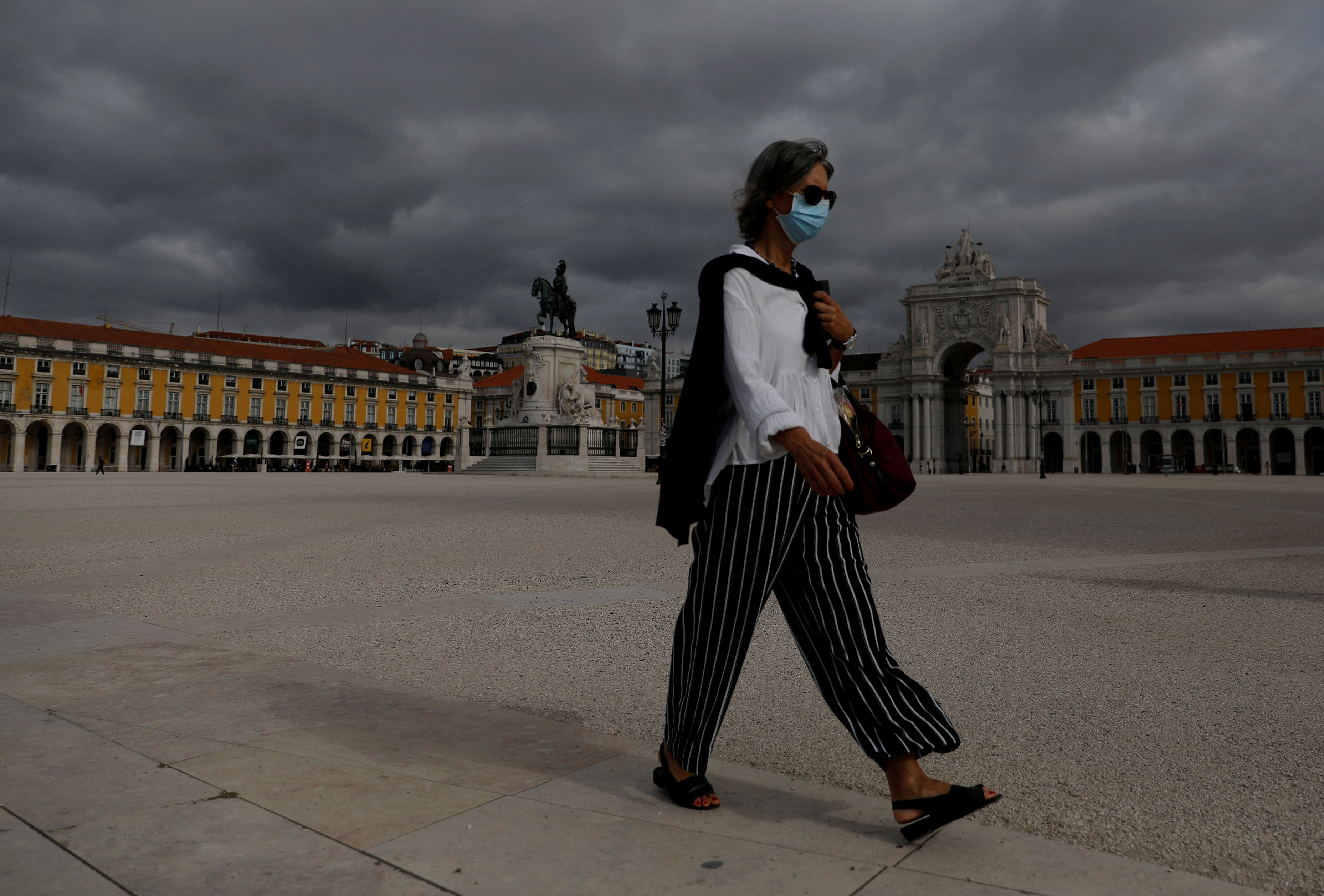 There are fears that intensive care beds in Belgium could be full in just one month if Covid cases continue to rise at the same rate.

Hospitals have had to reserve a quarter of their beds for Covid patients.

Belgium has an infection rate of 429 cases per 100,000 people, the second-worst in Europe.

Curfews were introduced in the country last week, and bars in the capital Brussels have been closed for at least one month and indoor sports activities have been restricted.

There were 1,621 Covid patients hospitalised in Belgium as of yesterday, with 281 in intensive care.

Crisis center spokesman Yves Van Laetham said: "We will reach our maximum capacity of 2,000 beds by mid-November in ICUs if this kind of increase continues.

"We absolutely need to avoid this scenario."

A ban on all household visits will be introduced in Ireland tonight, with compassionate reasons exempt.

Donegal, Cavan and Monaghan have been moved to the second-highest level of restrictions.

In those counties, gyms, pools, leisure centres and non-essential shops are closed.

The rules are expected to be in place until November 10.

People are also encouraged to work from home.