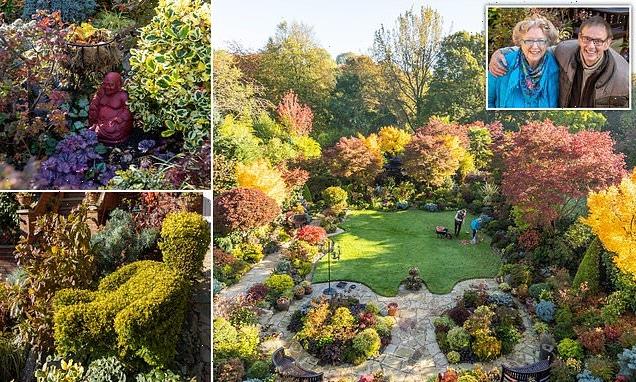 Vibrant images show a wave of autumnal colours spreading across one of Britain’s most celebrated back gardens which has attracted 15,000 visitors and will open to the public for the final time this weekend.

Stunning photographs show their thousands of flowers and trees exploding in a riot of dazzling reds, oranges, pinks and yellows.

This Saturday and Sunday, people will be able to get a final glimpse of the beautiful landscape as the couple open up their garden gates for one last time.

Tony and Marie began tending to their vibrant quarter of an acre plot shortly after moving into the property in 1982 and continued with their hobby after retiring in 2009. 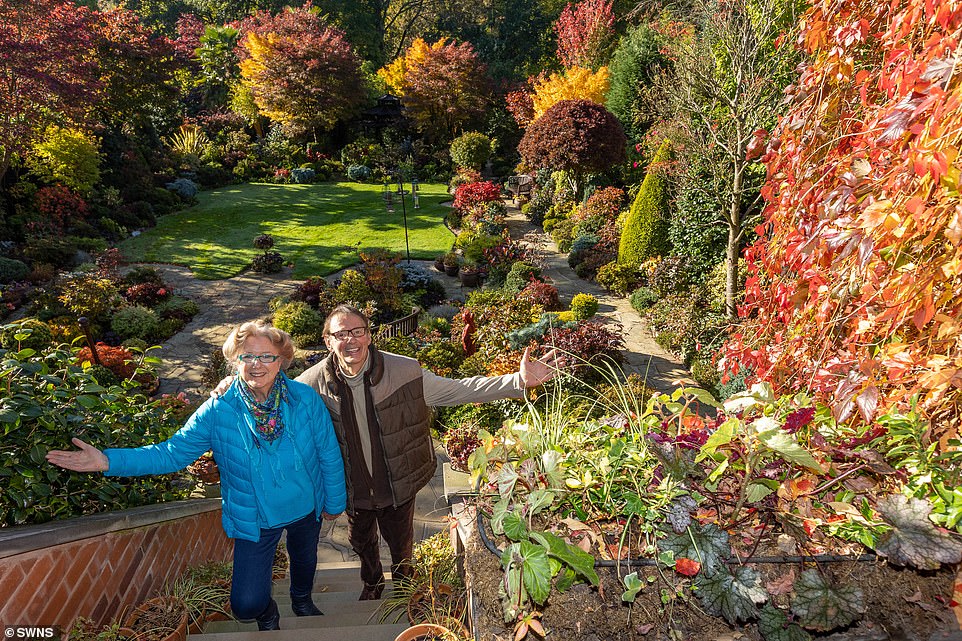 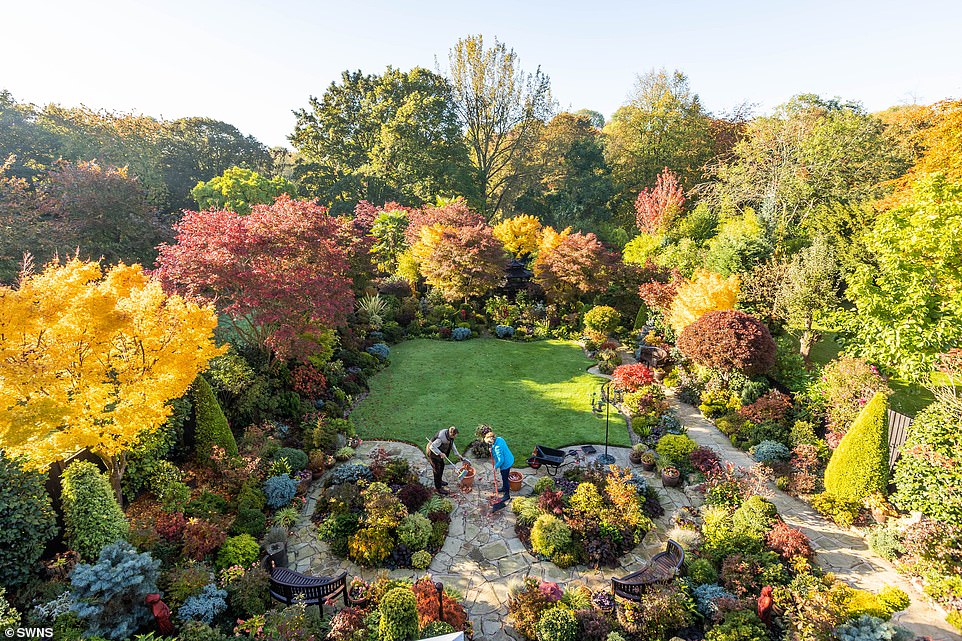 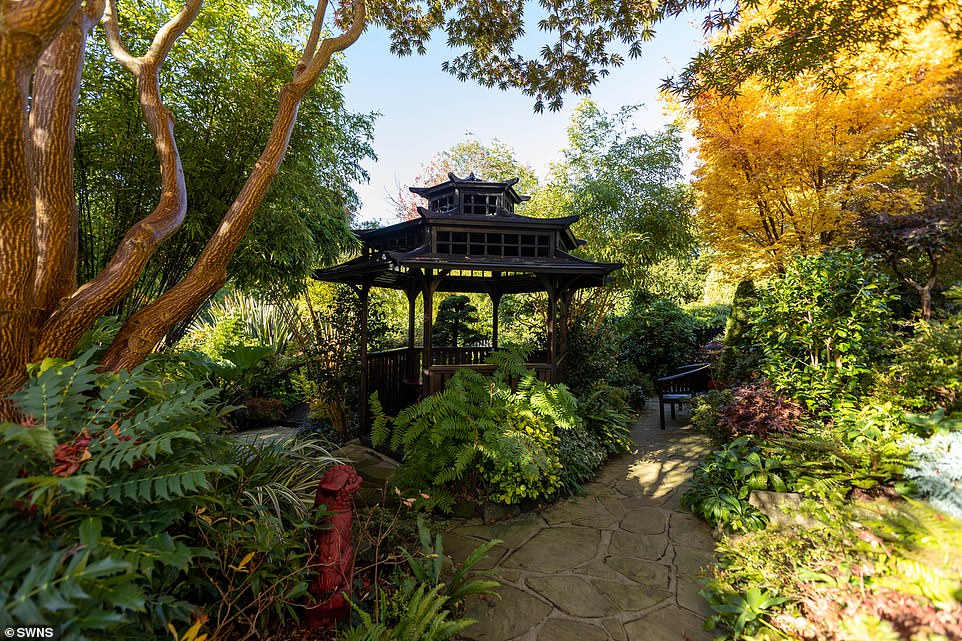 The garden is bursting with autumnal colours – bright yellows, reds, greens, oranges. The October sunshine hits the trees and plants in striking images 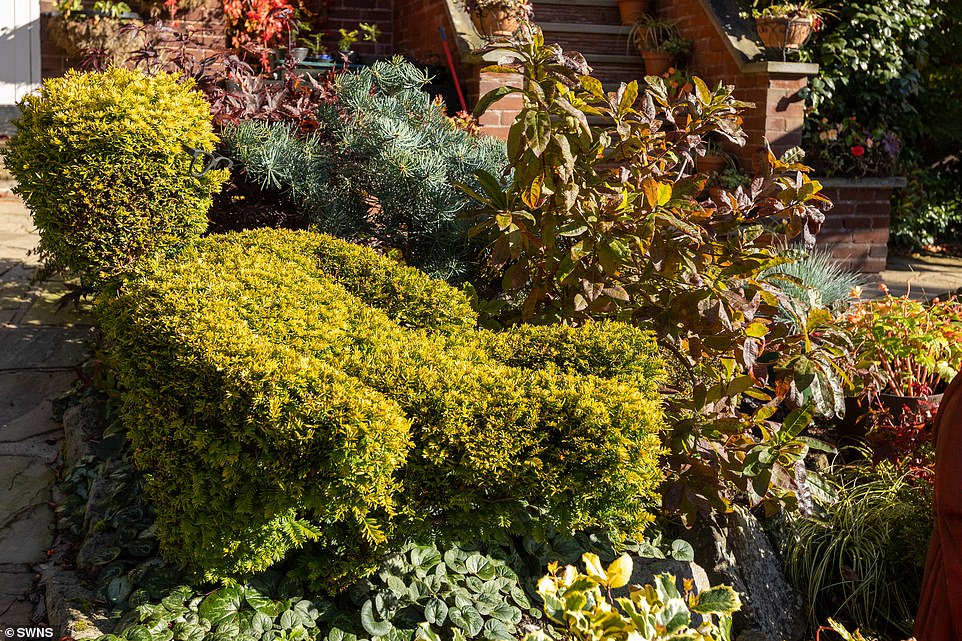 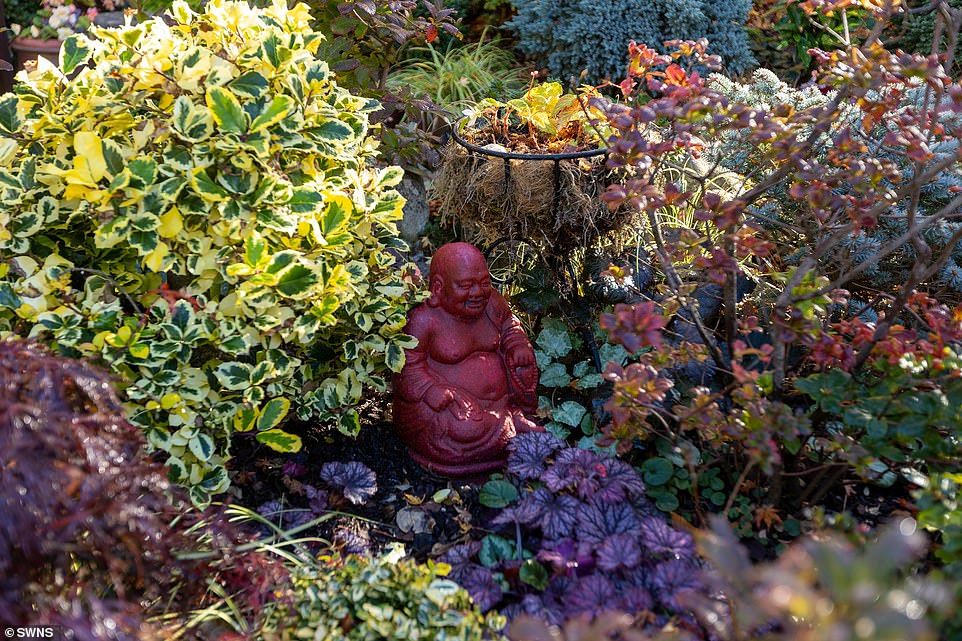 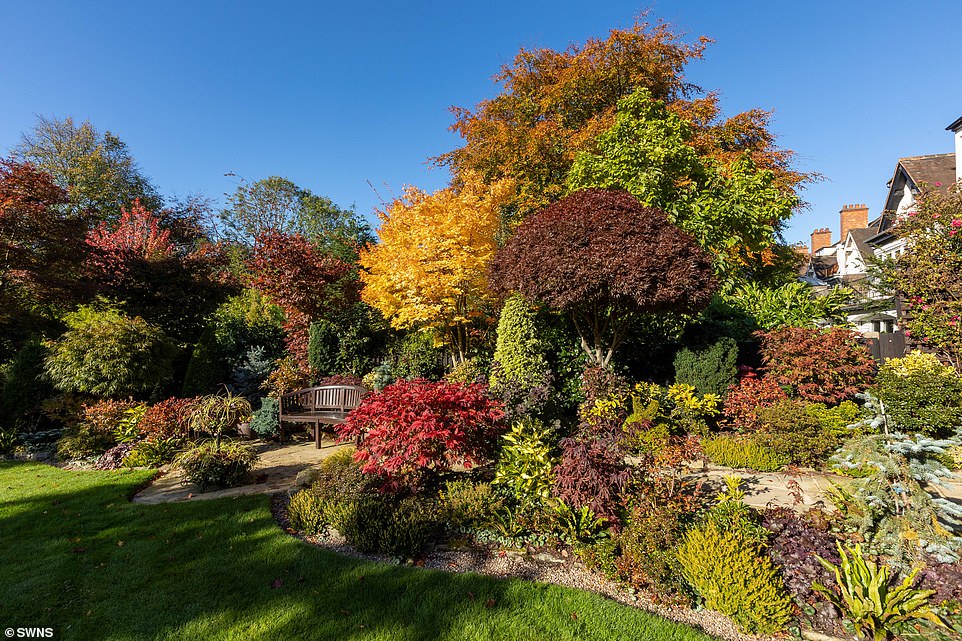 The garden has attracted more than 15,000 visitors over the years as the couple host public open days, raising money for charity 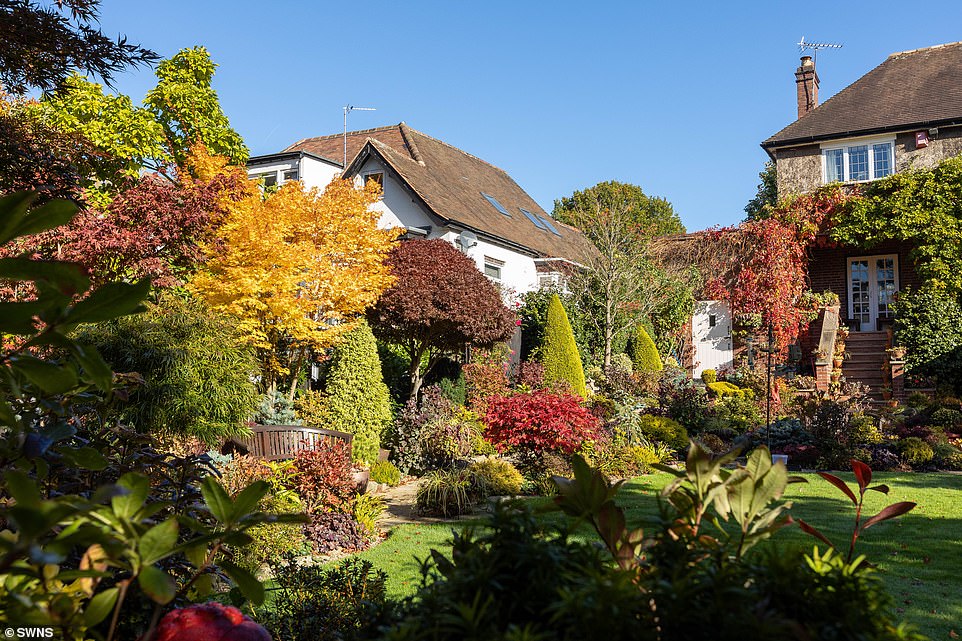 They have also raised more than £52,000 for charity by opening up their garden to thousands of visitors from across the globe over the last 22 years.

After being unable to open to the public during Covid, the pair are hosting visitors for the first time in three years this weekend.

But it will also be the last as the green-fingered couple now want to spend more time visiting their children and grandchildren who have moved overseas.

Marie says she and her husband will still enjoy their joint passion of gardening together but want less commitments having now reached their 40 year milestone.

Gran-of-five Marie, a former transport planner and nurse, said: ‘This year will be the first time we have opened the garden up to visitors since before Covid in October 2019.

‘This year is also special because it marks the 40th anniversary of us living at this property after moving in in 1982.

‘We have been opening the garden up to the public since 2000, but this weekend will be our last garden opening.

‘We’ve got family commitments and we want to do some travelling and visit our family who live abroad. 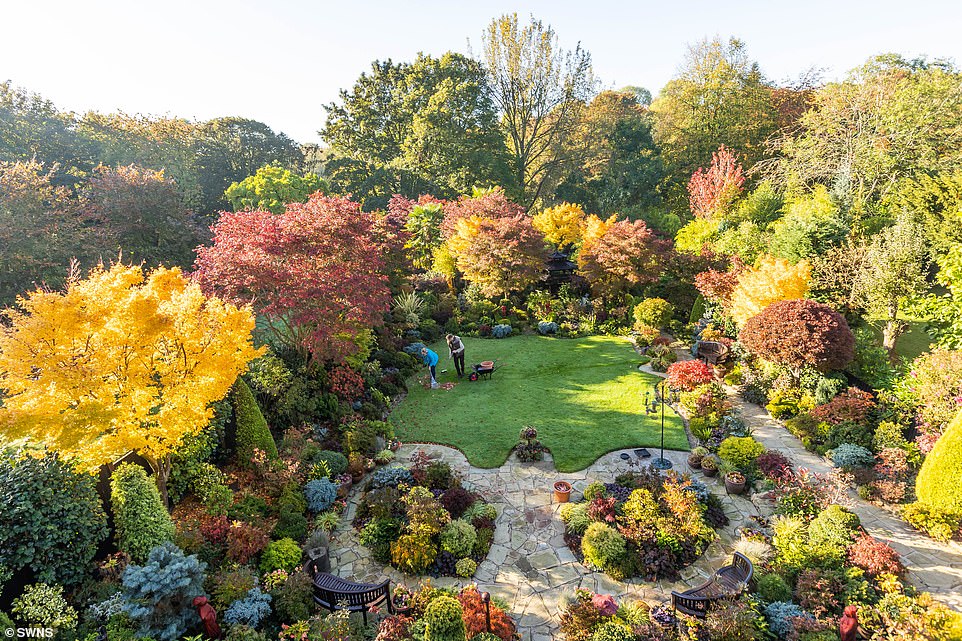 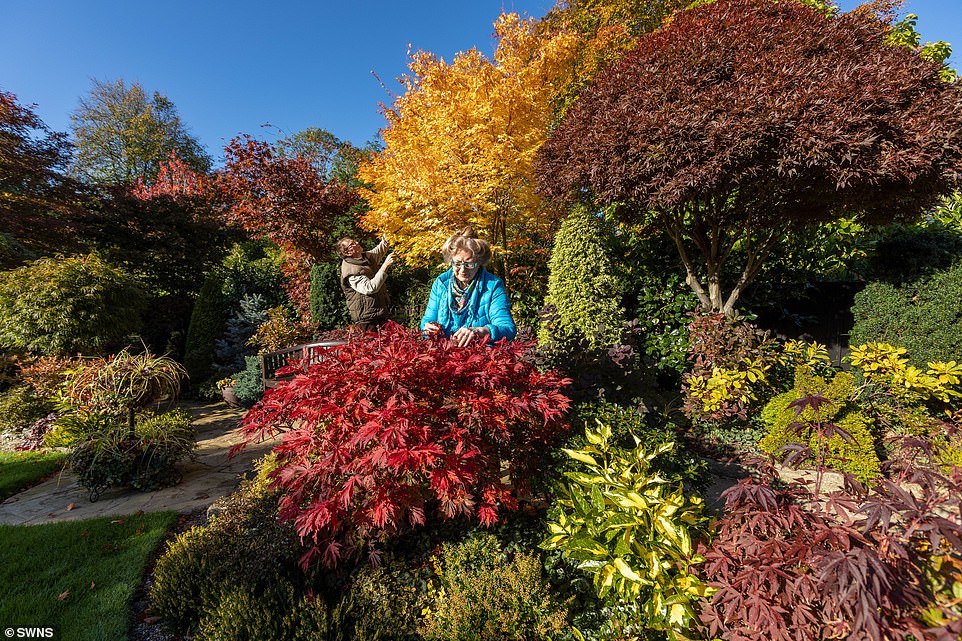 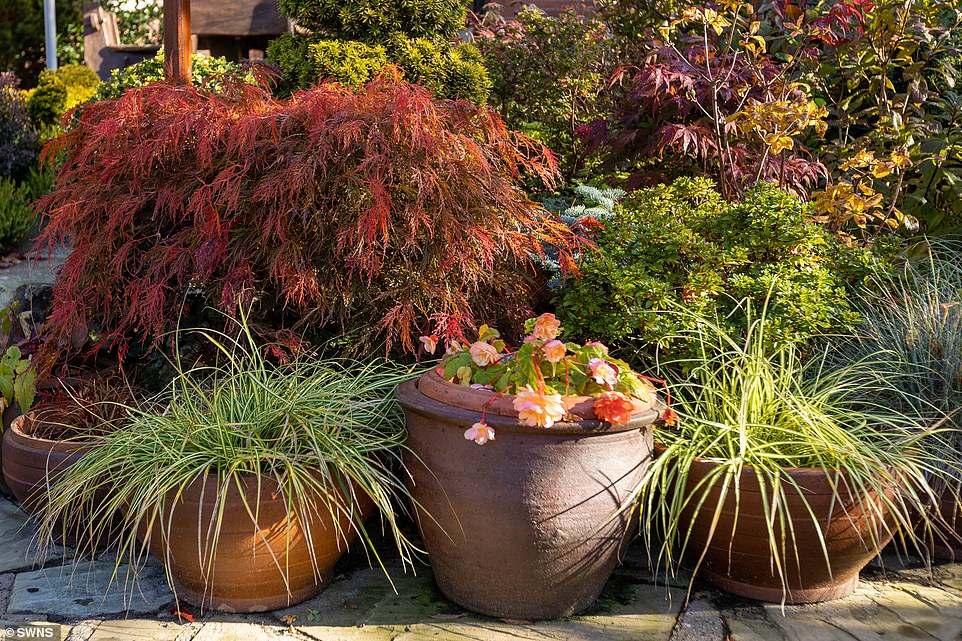 Potted plants and shrubs seen in images shared of the garden in Walsall, West Midlands – the garden has kept Tony and Marie busy 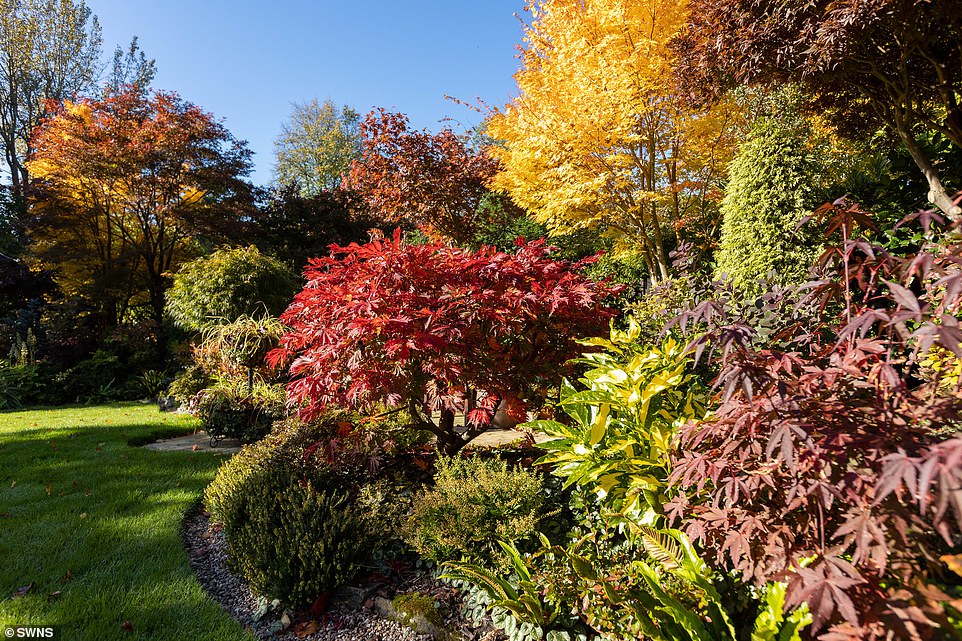 The couple have also raised more than £52,000 for charity by opening up their garden to thousands of visitors 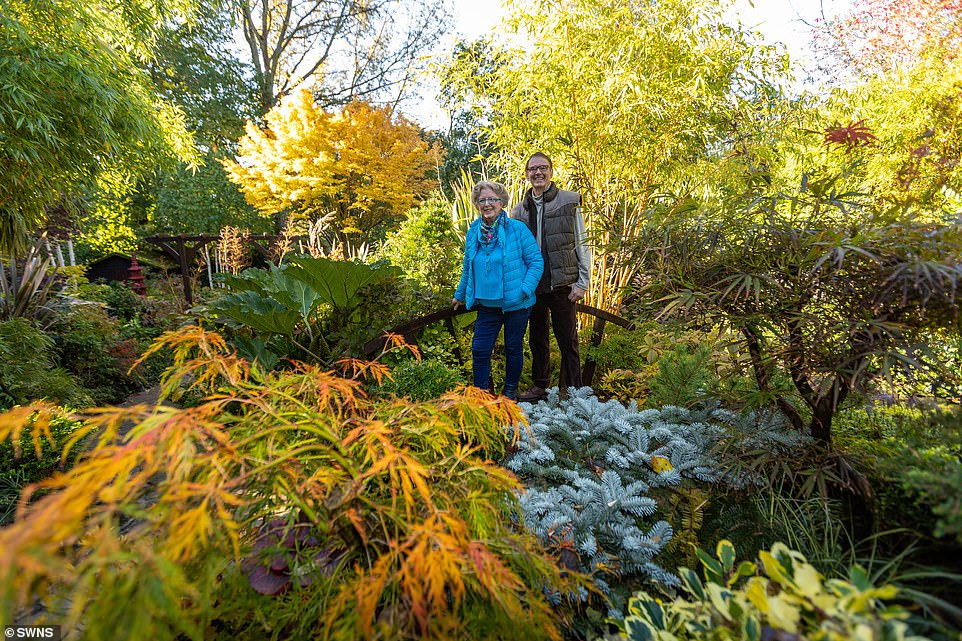 The pair have worked tirelessly to completely re-landscape the yard over the years while individually planting trees, flowers and shrubs 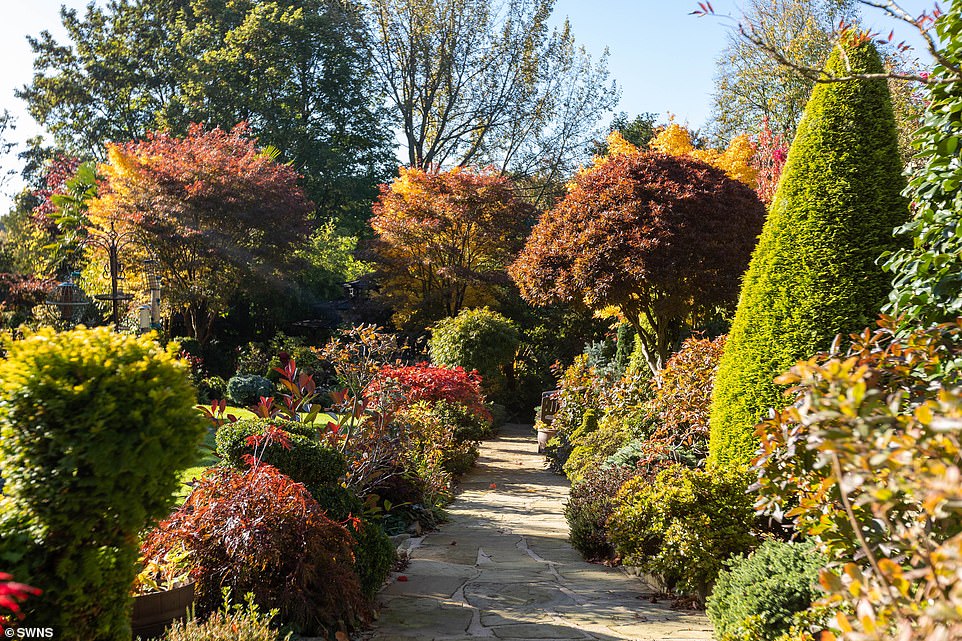 The garden coped well with the dry summer this year, Tony said, who added that there was not a lot of damage to their plants

‘We have always been delighted to share our garden with everybody and we carry on gardening as passionately as ever.

‘But we have five grandchildren now and our children are in different parts of the world, and we want to visit them.

‘Our garden has coped very well with the dry season this year. There has not been a lot of damage at all. A lot of our plants are mature and over 30 years old.’

The couple have won several awards, including being crowned the winner of Alan Titchmarsh’s Britain’s Best Garden and Gardeners of the Year.

They have also amassed an online following of over 17 million people on social media and will have opened up their garden publicly a total of 108 times.

Marie added: ‘We had a person from New York who flew over especially just to see our garden.

‘One tourist from Iceland based his whole trip to the UK around it and our garden is part of a horticultural syllabus in China.

‘We had one visitor from China the other day. They just knocked on our door and said our garden was very famous.’

Over the years, photographs have captured the couple transforming the muddy lawn and broken stoning into the Four Seasons oasis it is today – a name given because of it’s all year-round appeal. 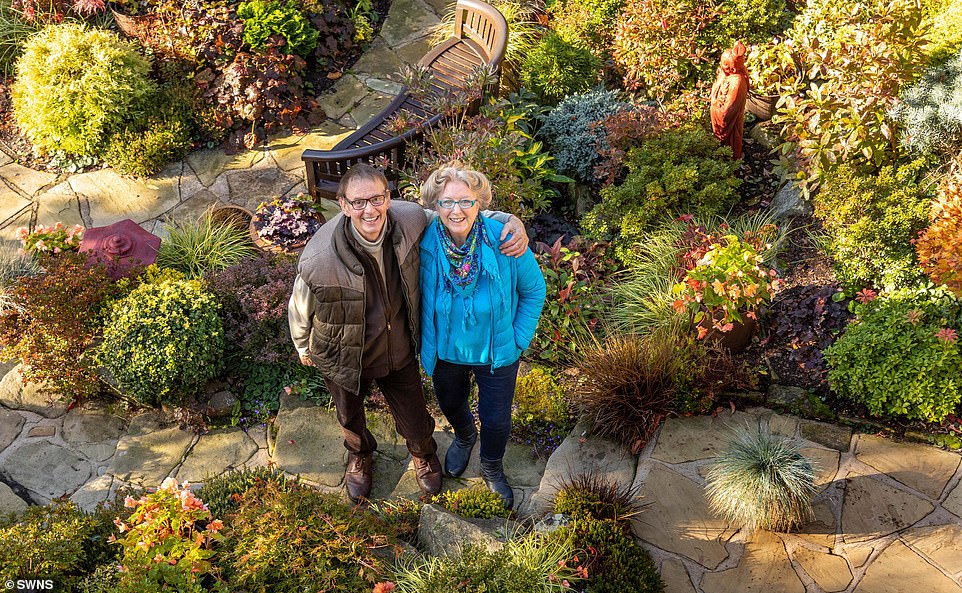 Marie and Tony have won several awards, including being crowned the winner of Alan Titchmarsh’s Britain’s Best Garden and Gardeners of the Year 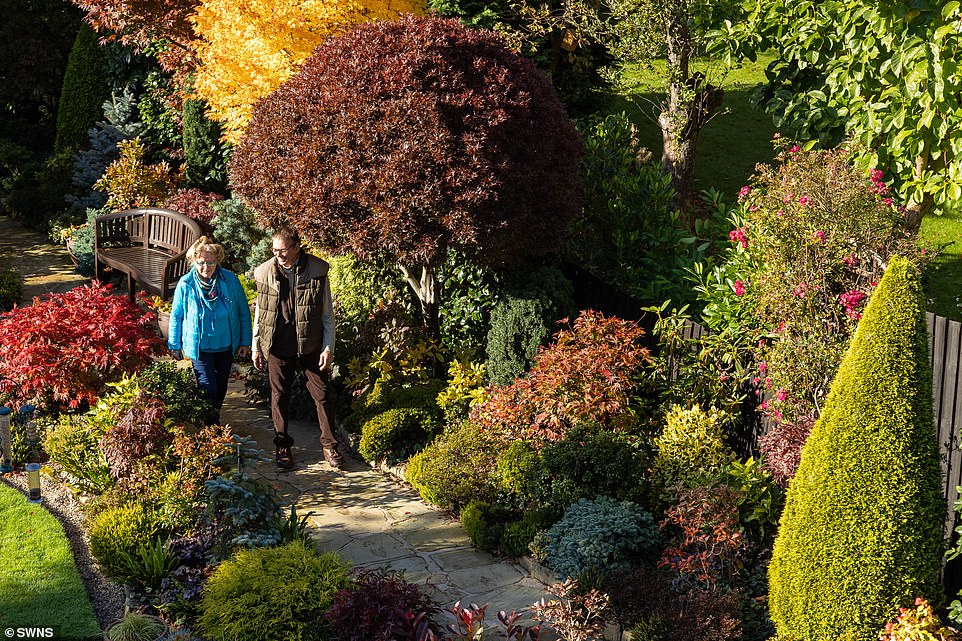 Though they have enjoyed opening their garden up to the public, they have decided this weekend will be the last time they do so 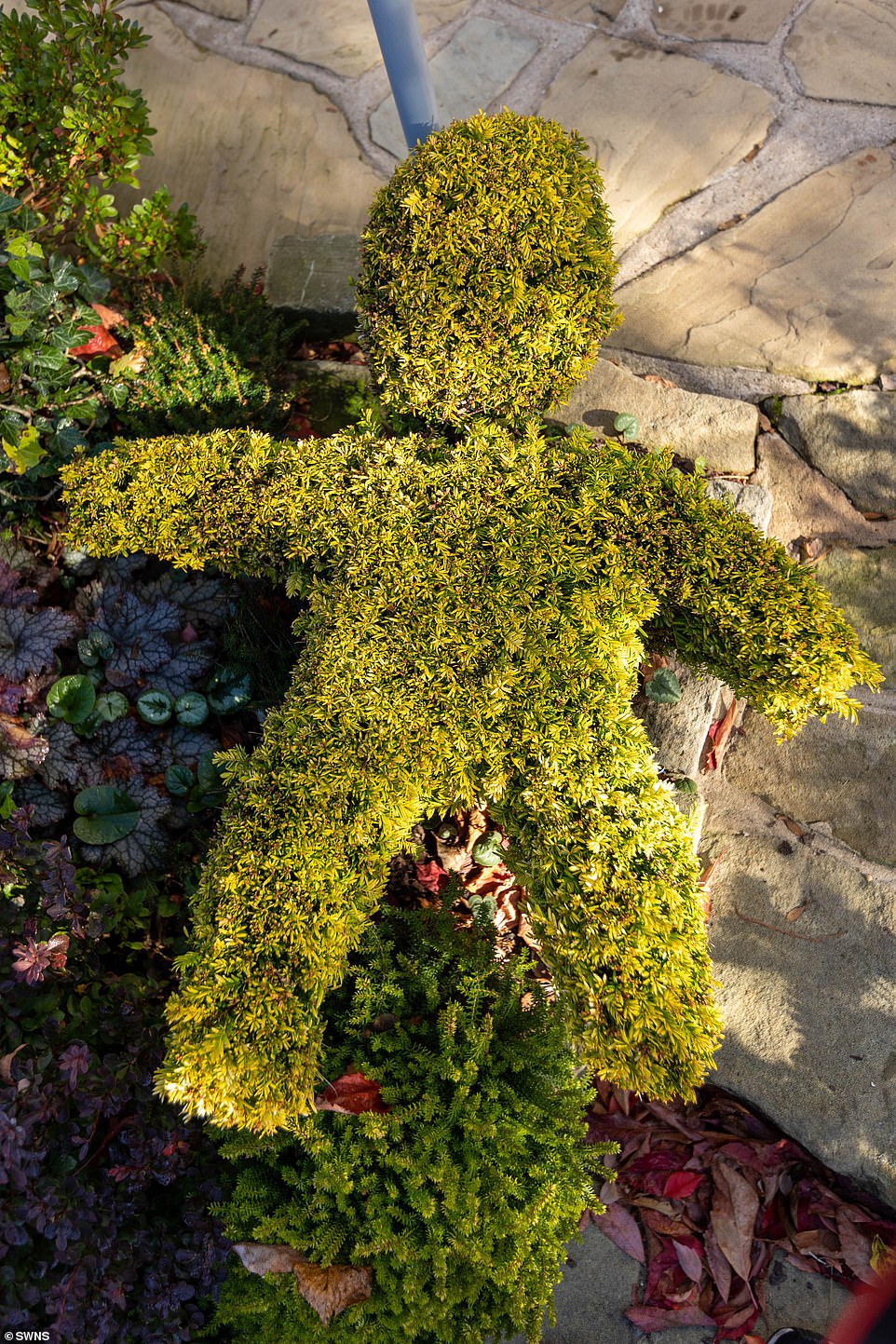 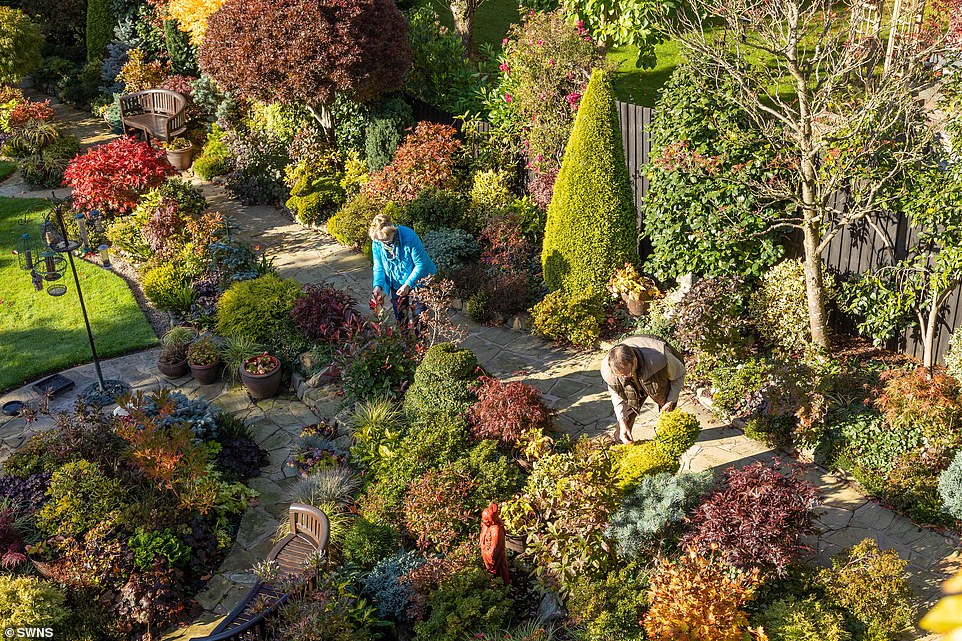 Images dating back to the 1980s show the pair working tirelessly to completely re-landscape the yard while individually planting trees, flowers and shrubs.

The garden also attracts all kind of wildlife including foxes, hedgehogs, squirrels, lots of birds and frogs.

Retired GP Tony, said: ‘Our garden is like an experience and sort of divided into three parts.

‘The camera likes the upper garden for photos, but the atmosphere is quite different when you explore other parts of the garden.

‘In the middle garden, it has an oriental feel and is more like a jungle. It has palm trees and a banana plant and bamboos.

‘The lower garden has a larger stream and is more woodland-like and has white birch trees.

‘Then the upper garden is more open and slightly more formal with a lawn in the middle.’

Children are free to enter and all proceeds from adult tickets with go towards the National Garden Scheme.

I'm nearly 40 – people tell me to 'dress my age' because I wear clothes for someone a decade younger, but I don't care | The Sun
World News