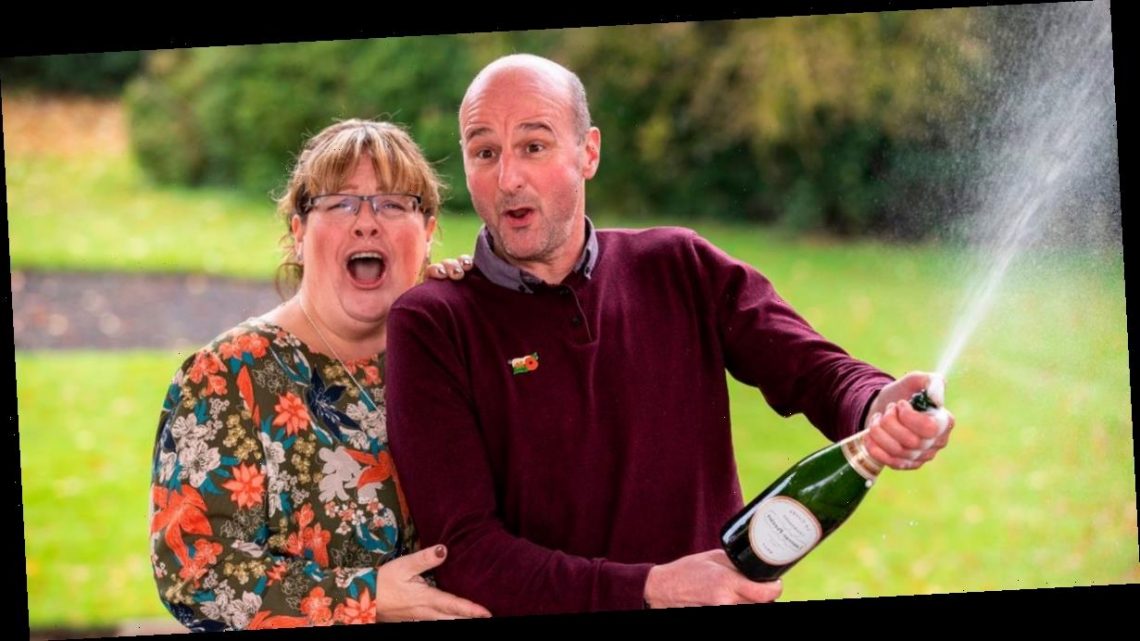 A great outdoors lover who has become the latest Euromillions millionaire says it wasn't even the best news he received that day.

Welsh winner David Price will use part of the 'gobsmacked' couple's windfall to achieve his dream of a trek to Mt Everest's base camp.

But despite becoming an overnight millionaire, the 53-year-old and wife Lynne, 55, from New Tredegar, had even better news to celebrate the day they found out about his lucky win.

Lynne Price revealed she had opened a letter confirming her all-clear mammogram result after she survived a fight with breast cancer only minutes before David delivered the lottery win news.

The parents-of-three run a laundrette in a residential care home for the elderly, and are still coming to terms with their good fortune.

Lynne recalled how on the lucky day, October 29, David had waited until he got home from work to break the news: "Ten minutes before he came through the door, I had opened a letter saying I’d had the all-clear on my mammogram for 4 years in a row. I was so chuffed but put it on the unit, got on with making dinner and then he came in with this news.

“I was gobsmacked. And I can usually talk for Wales. I stared at the wall for a while and then got in the bath. About two hours later, he came knocking to see if I was ok and I remembered to tell him about the letter.

"Only the day before I had mentioned to him that I still hadn’t heard back from them and he said to leave it a couple of days then ring the hospital. The letter had totally gone out of my mind with his news – I honestly thought he was winding me up.”

David added: “I got out of the way in case she clouted me for winding her up! Your wealth is your health so obviously Lynne’s news was much luckier than this even.”

The good news was a relief for the couple, after David lost his mum to breast cancer the year before Lynne was diagnosed.

Lynne said she had been diagnosed at around the same time as her own mum, and David had struggled with worry ever since.

"He found it really hard – I just seemed to get on with it – but this was such a lucky day for us. October is our lucky month, it really is.”

He also revealed how he had almost forgotten to check his tickets a fortnight ago.

He was at work at British Airways in Pontllanfraith, when a workmate reminded him to try his luck on the local football club’s £5,000 prize fund

David suddenly remembered to check his two Lucky Dip Euromillions tickets on the app on his phone an hour before his shift finished.

“Quite simply, I was gobsmacked,” he says.

David had an hour left of his 11-hour shift until his 5pm finish, but did the rounds asking various friends and colleagues to double check his Millionaire Maker code for him.

“I didn’t get much done in that last hour but stayed on, even when my manager told me at quarter to, to go home if I wanted to,” he laughs. “I was just shaking. Nobody could believe it.

“I was in a daze, but drove back home to Lynne, who was on the sofa after a hard day, and greeted her with our usual ‘Alright mush?’”

After he told her the incredible news, she at first thought he was pulling her leg.

But she checked the tickets herself, and was astounded to see they had won £8 on one ticket and £1 million with the Millionaire Maker number on the other.

The couple's win will help cover costs for David's £3k adventure to Everest.

The couple are also planning on spending some of their winnings on a trip to China.

David also donated £500 back to New Tredegar RFC to buy drinks for staff and punters – the amount he had won after drawing South Africa in the Rugby World Cup in the club's sweepstakes.

The couple celebrated with their three children, who are 24, 26 and 32, and their families at a pub where his son works as a chef.

Both returned to work just days later and say they are planning on taking their time to consider their options for spending their newfound fortune.

This month marks the 25th anniversary of the National Lottery, which was first drawn on November 19, 1994 and has paid out more than £71 billion in prizes over the decades since.