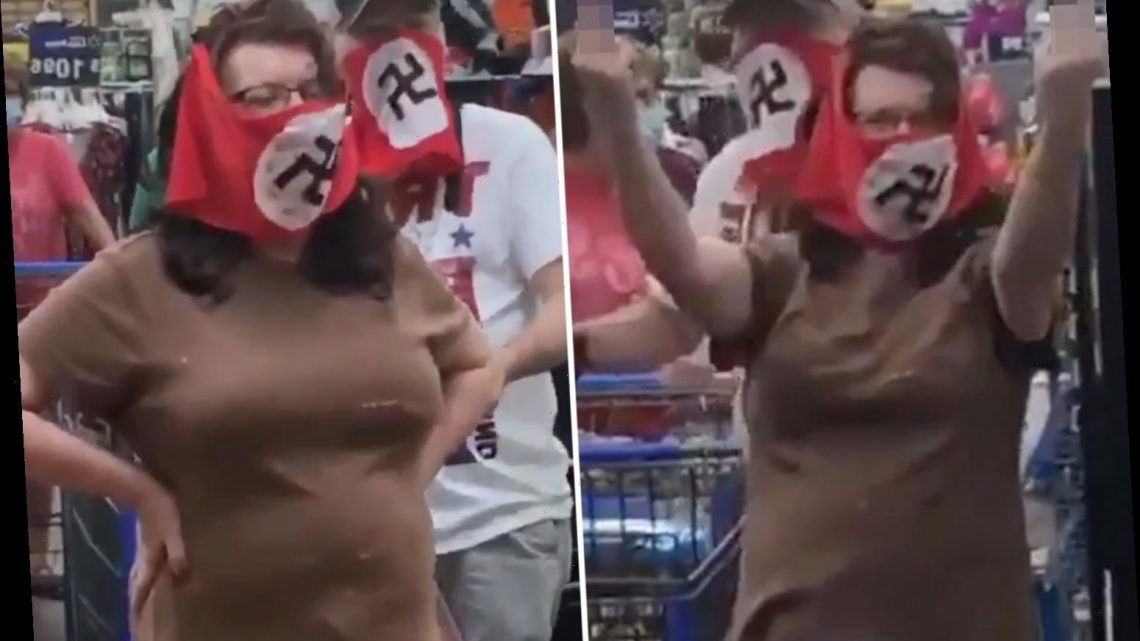 A COUPLE were filmed wearing SWASTIKA flags around their faces at a Walmart in Minnesota to protest against the statewide mandate on face coverings. 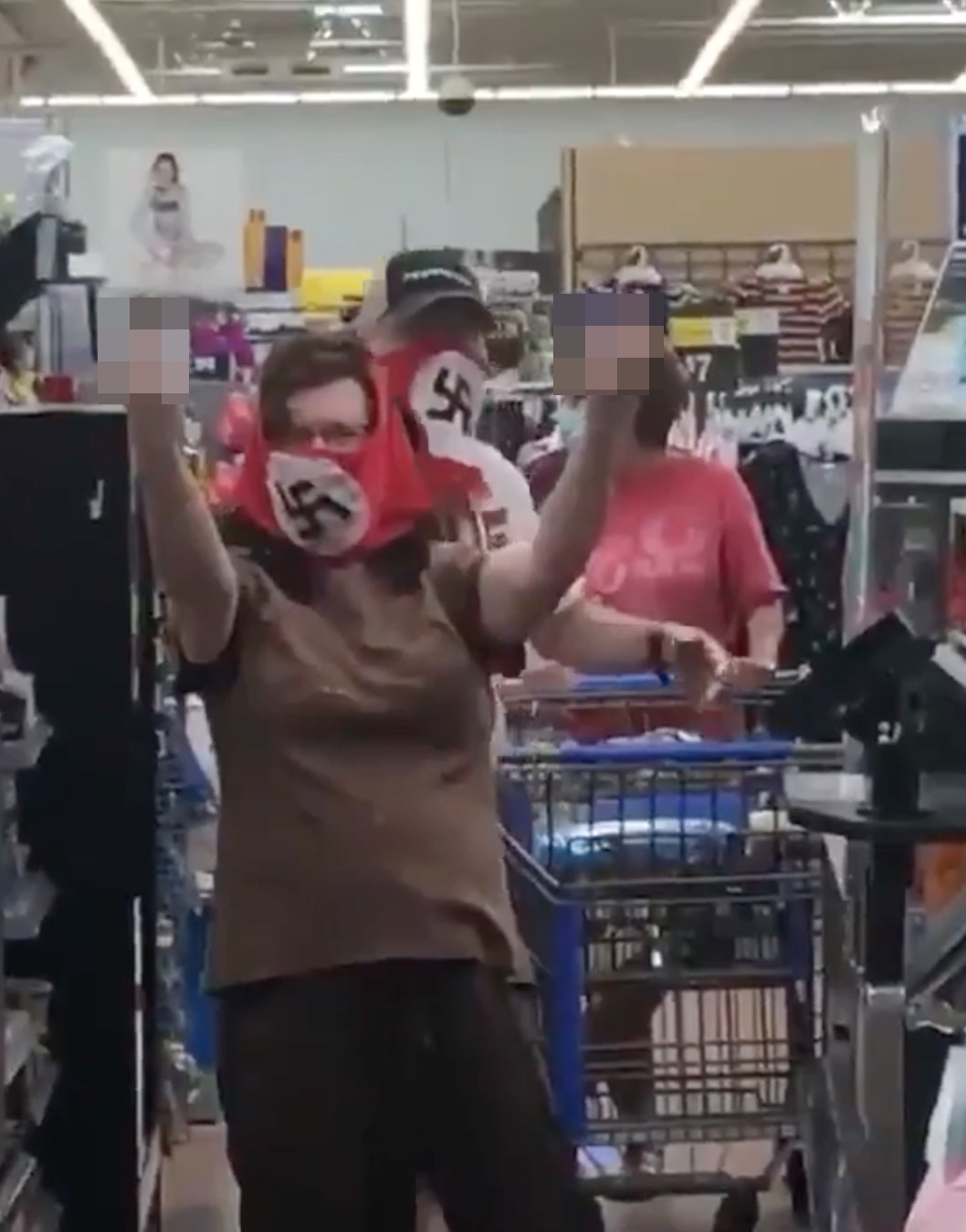 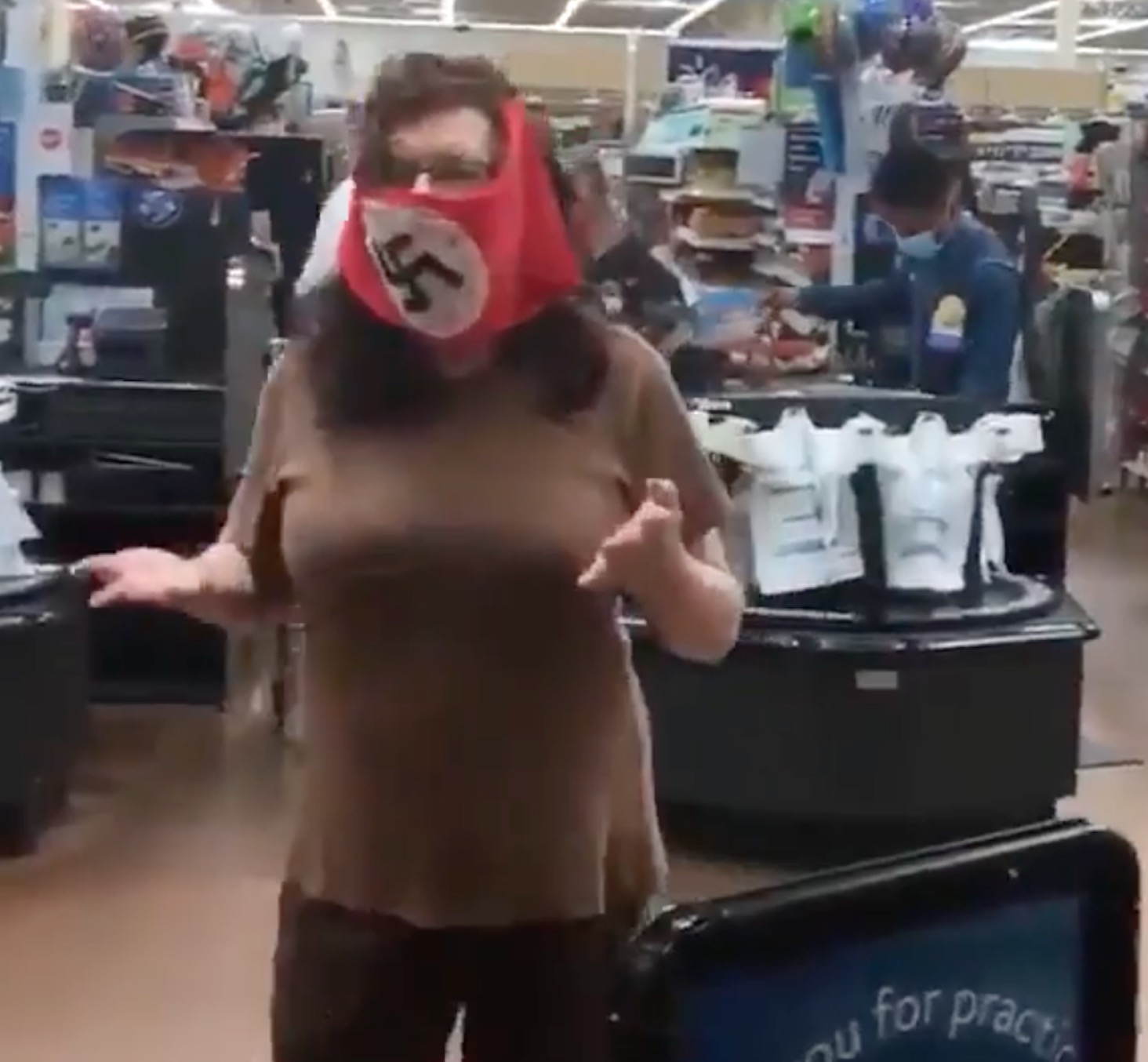 Shopper Raphaela Muller posted footage of the incident on Facebook on Saturday evening, where it went viral.

The couple were apparently wearing the vile Nazi symbol in an act of protest against Minnesota's statewide mask mandate, which took effect yesterday.

In the clip, a man behind the camera is heard confronting the couple, saying: "You can't be American and wear that mask… We literally had a war about this."

As the woman wearing the mask turns and makes an obscene gesture, he adds: "You're sick. Yeah you're sick… You have an illness".

In response, she hits back: "I’m not a Nazi. I’m trying to tell people what’s going to happen in America.

"If you vote for Biden, you are going to be in Nazi Germany. That’s what it is going to be like."

Under Minnesota's new rules on face masks, all citizens are required to wear a face covering in all indoor businesses and public indoor spaces.

It comes amidst a concerning spike in infections in Minnesota, with the statewide case count now exceeding 50,000, according to the Star Tribune.

Around 30 states have now issued similar mask-wearing guidance, including Arkansas, Colorado and Texas.

But others have taken a different stance, with Florida governor Ron DeSantis refusing to impose mask-wearing requirements after claiming the move "would backfire", Fox13 reports.

President Trump wore a mask for the first time earlier this month as he urged Americans to adopt face coverings.

It's not the first time that Americans have protested mask policies by wearing offensive masks.

Last month, a shopper in a Vons in Santee, California was seen wearing a KKK hood as a coronavirus mask.

The man was seen wearing the white nationalist garb a day after San Diego County made face coverings mandatory in public. 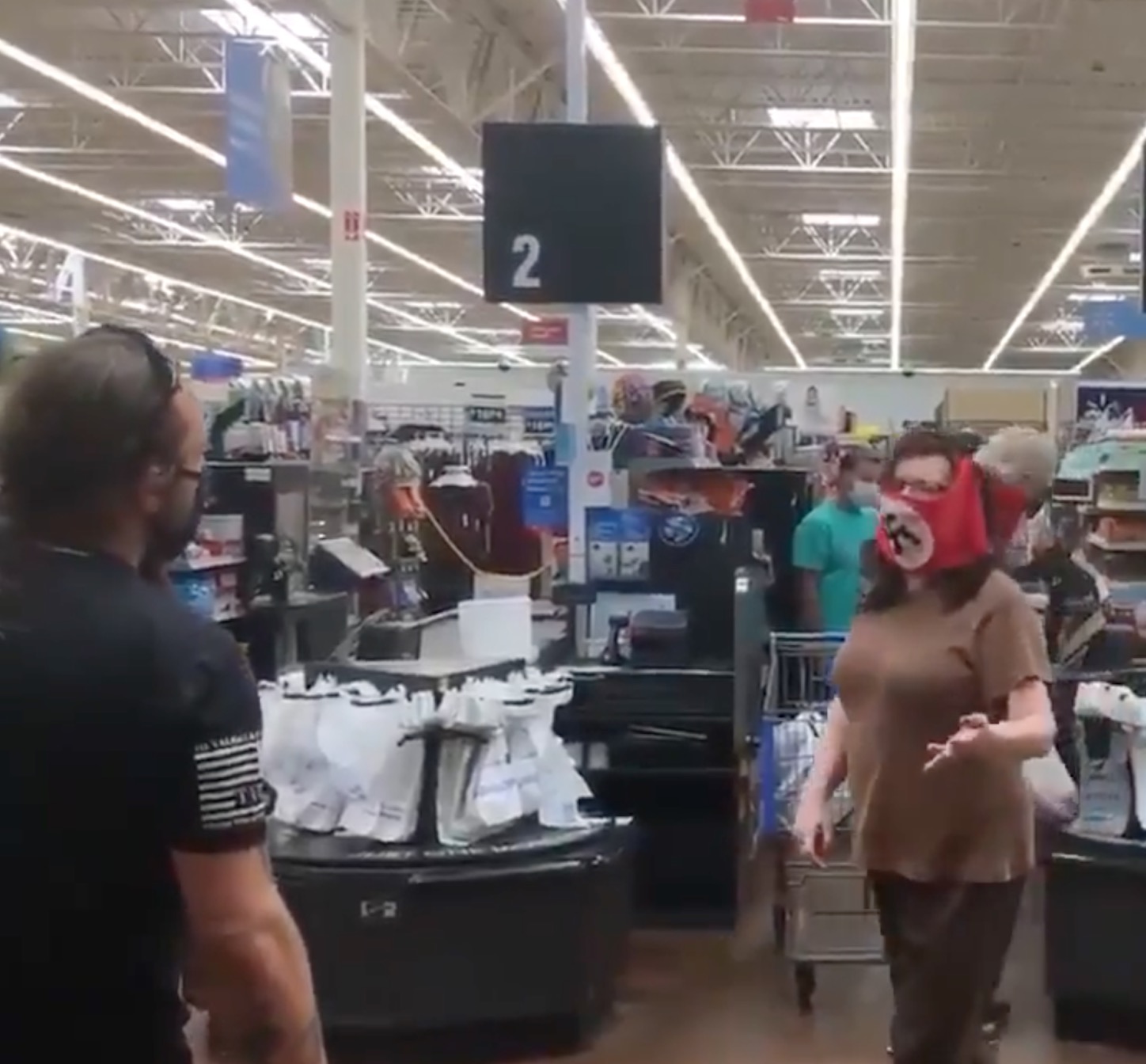