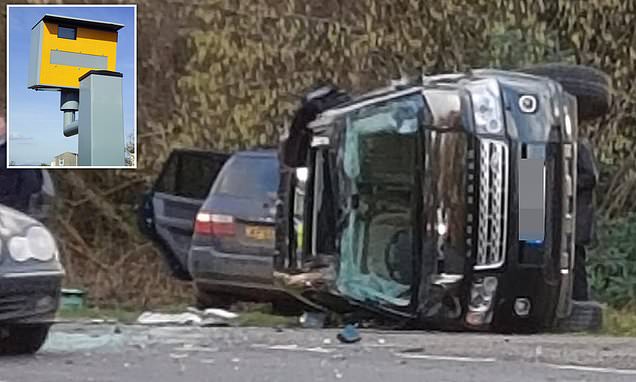 Safety officials are installing six speed cameras on the road where Prince Philip flipped his Land Rover in a car accident earlier this year.

Over the next few weeks, the average speed cameras will go on an eight mile stretch of the A149 between Knight’s Hill and Snettsiham, Norfolk.

Around half the section passes either alongside or through the Sandringham estate and is used regularly by members of the Royal family.

Prince Philip, 98, escaped serious injury when his Land Rover overturned at Babingley on the A149 in January. 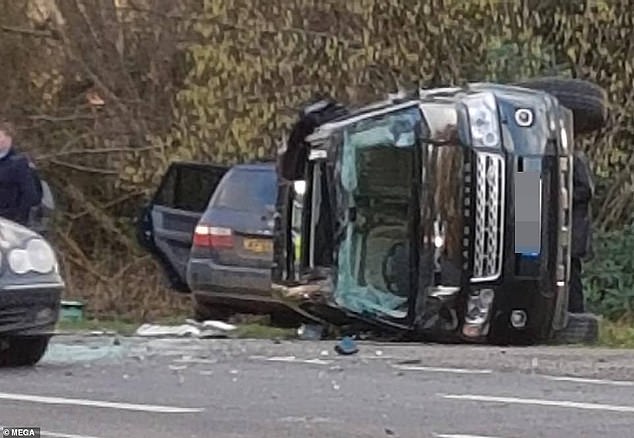 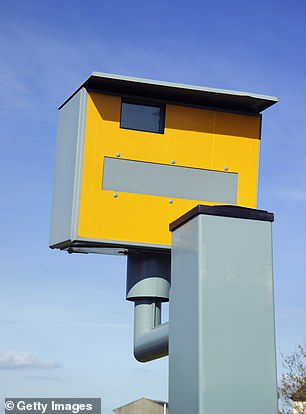 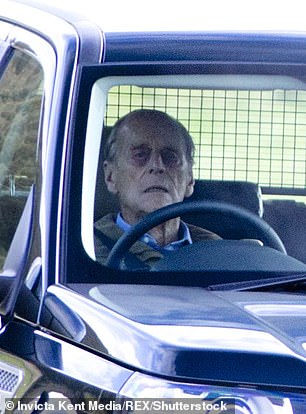 Stock image of a speed camera (left) and Prince Philip (right) drives his self to The Grouse Shoot in September 2014, he voluntarily handed in his licence after the crash

The crash happened after he was dazzled by the low winter sun and pulled out from a side road into the path of a Kia hatchback which had no time to stop.

Two women in the Kia were injured, but a nine month baby boy strapped into a seat in the back was unhurt.

Philip agreed to surrender his driving licence as a result of the crash.

Norfolk County Council agreed the following day to install the cameras and reduce the speed limit in the area from 60mph to 50mph.

The council insisted at the time that the meeting had been arranged months in advance and had nothing to do with Philip’s crash.

The introduction of the safety measures followed a series of accidents, causing 50 injuries and three deaths on the road since 2012.

Prince William had to fly his helicopter to take paramedics and doctors to at least one accident on the road when he was an East Anglian Air Ambulance pilot.

The new cameras were first agreed in 2016 by the Norfolk Camera Safety Partnership, but the installation was delayed while a further public consultation took place. 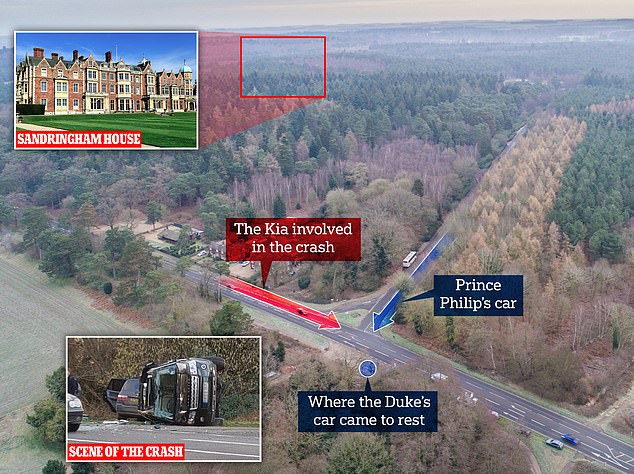 The cameras are due to be switched on in three weeks time at Knight’s Hill, Castle Rising, Babingley, Dersingham and Snettisham.

The installation work will begin next Monday and will take place overnight between 8pm and 6am to minimise disruption.

Norfolk county councillor Andrew Jamieson said: ‘I’m sure people living on or near the A149 will welcome this safety scheme on the route they travel daily.

‘Local residents are clear that a range of safety improvements are needed so we have been looking closely at a number of schemes in addition to the safety cameras.

Norfolk’s Police and Crime Commissioner Lorne Green said: ‘I know this particular road extremely well, having travelled it over a number of years. 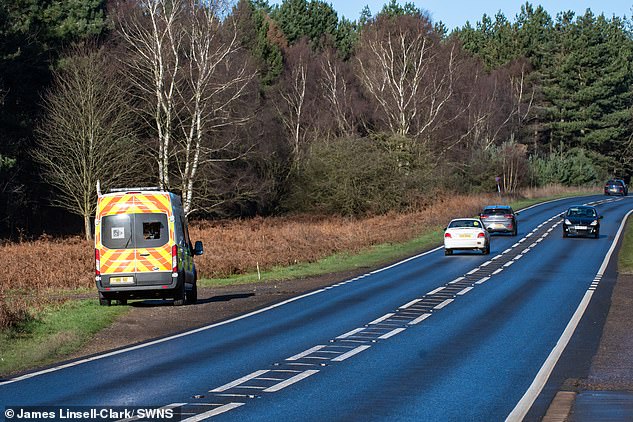 ‘I’ve long held the view, shared by many and supported by the figures around collisions, that action is needed to improve its safety.

‘The Norfolk Safety Camera Partnership approved the speed cameras back in 2016. I’m pleased that the partnership’s proposals are finally being actioned and work to install the cameras is now getting underway.’

Love Island 2019: When is the next dumping on Love Island?
World News