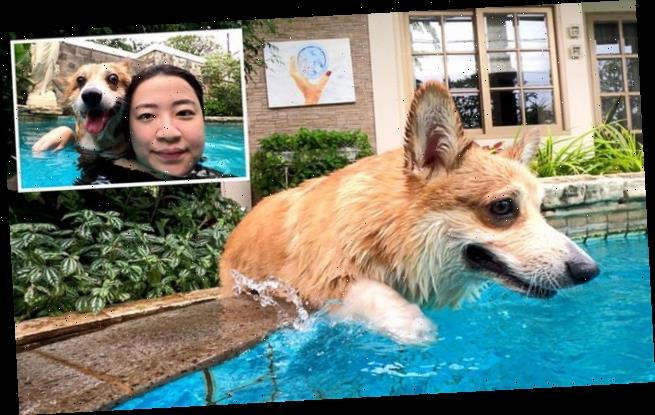 This is the adorable moment a water-loving Corgi takes the plunge into his owner’s swimming pool after finally working out how to get his little legs over the ledge.

In the video six-year-old Oliver, a Pembroke Welsh Corgi, is seen struggling to climb the step with his short legs as he desperately tries to jump in for a cooling dip.

Oliver perseveres paddling his front paws in the water as his owner Christell Eve encourages him to join her in the pool at her home in Jakarta, Indonesia.

After several minutes the Corgi eventually gains enough momentum to make it into the pool, enjoying a well-deserved doggy paddle in the heat.

Businesswoman Ms Eve, 29, captured the heartwarming moment Oliver was finally able to scoot himself into the pool.

Ms Eve said: ‘Oliver is definitely smart! Instead of what most dogs would do – which is jump directly in the pool – this gentle loaf took an easier route. 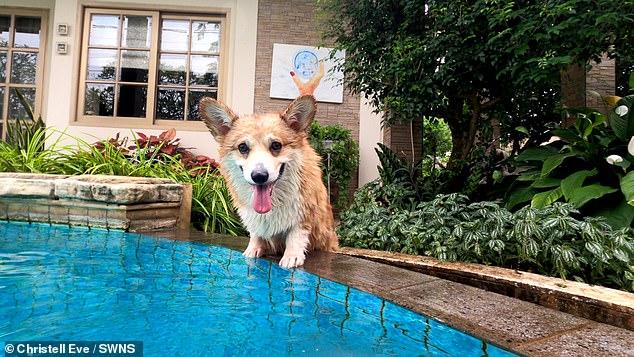 Six-year-old Pembroke Welsh Corgi Oliver is desperate to take the plunge, but his little legs make it almost impossible for him to get into the pool at his home in Jakarta, Indonesia 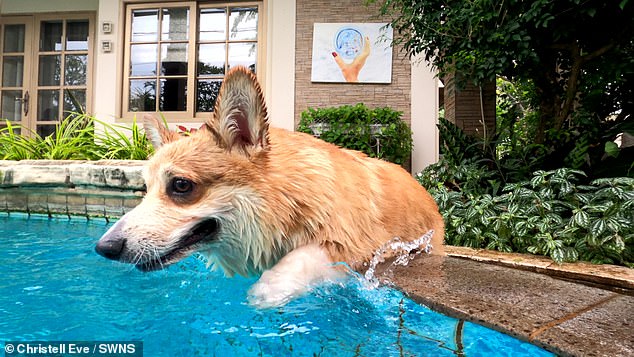 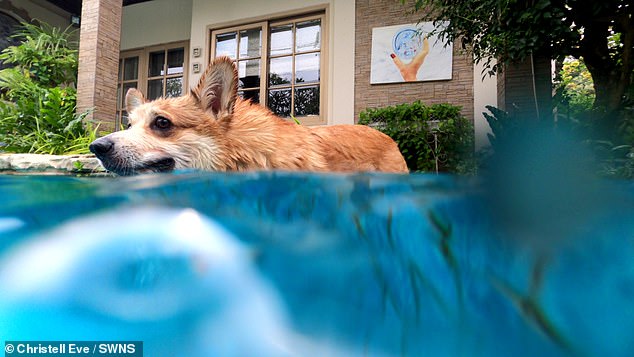 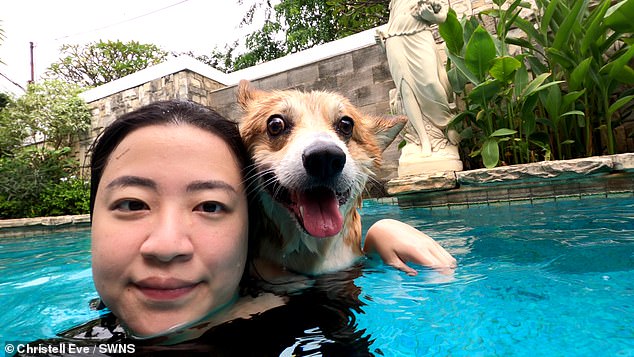 ‘He is the most loving and loyal dog. He is possessive and will protect me even from people living in my house.

‘He loves attention and to cuddle.I can definitely see some similarities within the both of us. He is my best friend.’

Whilst Corgis are well known for their stubby legs they are also very good swimmers and enjoy spending time in the water – a surprising trait considering their proportions.