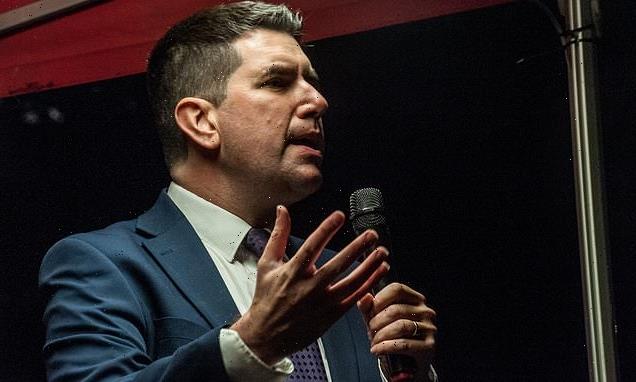 A Corbynista Labour MP has criticised the decision to give Tony Blair a knighthood as a petition calling for the honour to be taken away creeps towards one million signatures.

Richard Burgon, who served as shadow justice secretary in Jeremy Corbyn’s shadow cabinet, told The Telegraph the knighthood for the former Labour premier showed ‘what is wrong with our system’.

The Change.org petition demanding the honour be ‘rescinded’ is now above 760,000 signatures.

Meanwhile, a new YouGov poll has found almost two thirds of Brits disapprove of Sir Tony getting the honour.

It came as furious relatives of fallen troops vowed to hand their medals back in disgust over the knighthood.

A group of military parents have started discussing a protest in London to return their Elizabeth Crosses, which are given to the next of kin of those killed in action.

They are enraged that Mr Blair has been knighted after his role in the wars in Iraq and Afghanistan – conflicts which left their children among more than 600 British servicemen dead. 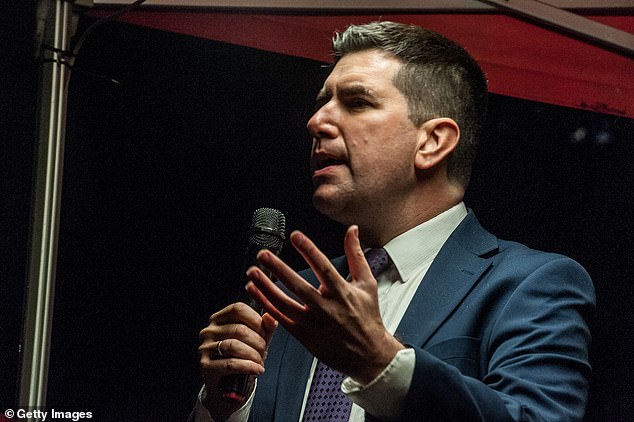 Richard Burgon, who served as shadow justice secretary in Jeremy Corbyn’s shadow cabinet, said the knighthood for Tony Blair showed ‘what is wrong with our system’ 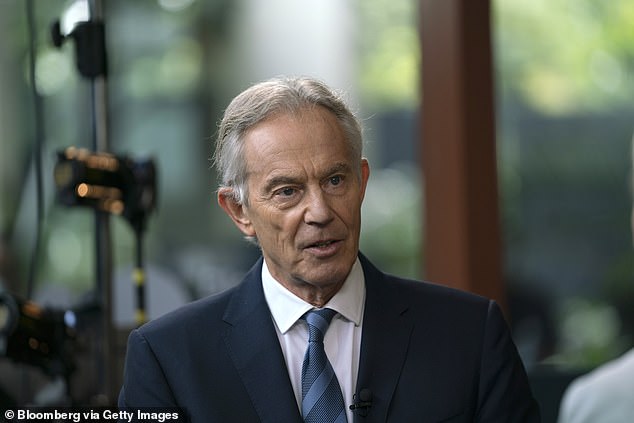 A Change.org petition demanding the honour be ‘rescinded’ is now above 760,000 signatures

But Mr Burgon told The Telegraph: ‘It says a lot about what is wrong with our system when after being one of the leading architects of the war on Iraq, Tony Blair, is honoured with a knighthood whilst Julian Assange, who has exposed war crimes in Iraq, Afghanistan and elsewhere, faces extradition to the US where he could spend the rest of his life in prison.’

Another senior Labour MP told the Daily Mail: ‘I just think it’s ridiculous he’s been given a knighthood – he’s an untried war criminal.’

A YouGov survey conducted on January 4 found that 63 per cent of Brits disapprove of the knighthood while 14 per cent approve.

It found that three per cent of people strongly approve of the honour being given to the former PM while 11 per cent tend to approve.

Mark Thompson – whose son Kevin, 21, was killed by an IED near Basra in southern Iraq in 2007 – is among those planning to return their medals.

‘If Tony Blair receives a knighthood, I will return my son’s medal,’ he said. ‘I have spoken to more than ten families who are all prepared to hand their medals back. I think there are hundreds out there who will join us. They all feel the same way – they are all fuming. It is all so wrong.’

Mr Thompson, 61, a coach driver from Lancaster, is among those planning a possible protest in the capital. 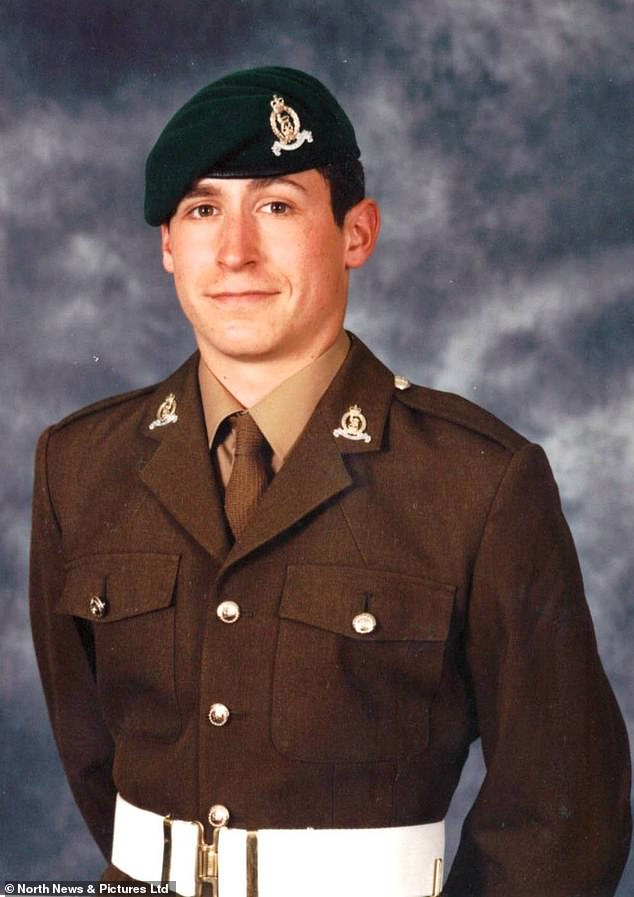 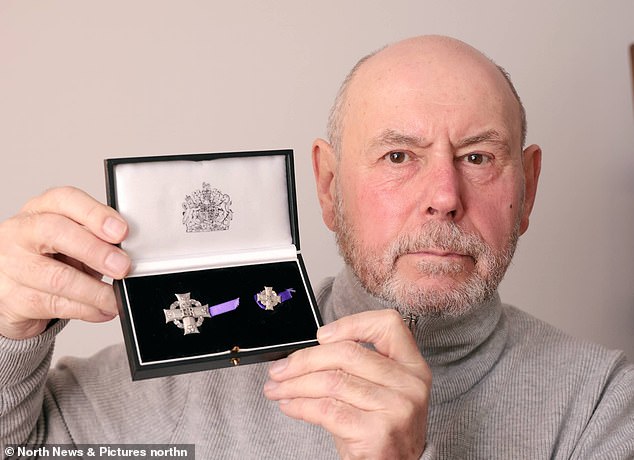 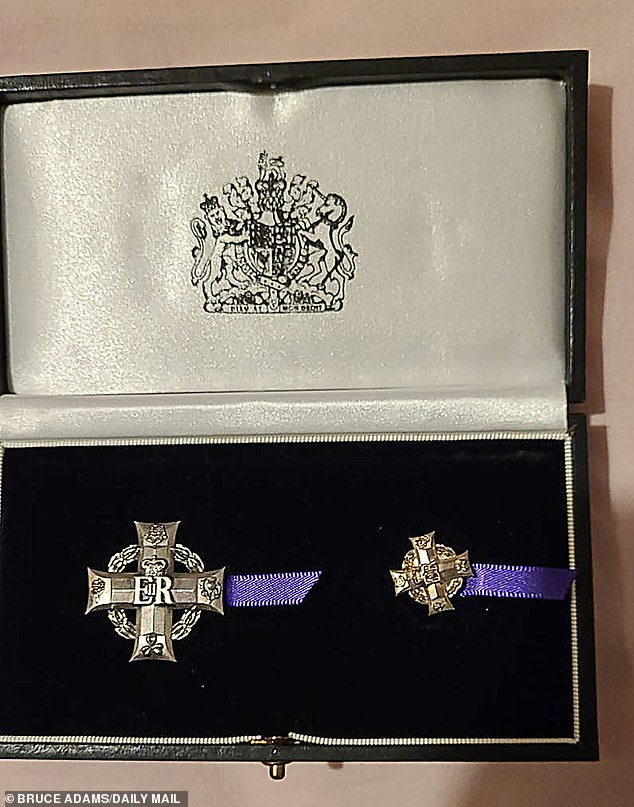 Pictured: The Elizabeth Cross which was posthumously awarded to Private Kevin Thompson, 21, after his death in Iraq in 2007

He said: ‘We are considering meeting up, starting a petition and going to Downing Street and talking to Boris Johnson to tell him how we feel about all this.

John Miller’s 21-year-old son Simon was among six Royal Military Policeman beaten and shot to death by a mob of 400 Iraqis in 2003. He vowed last night to join the parents in handing back the medals.

Mr Miller, 70, who lives with his wife Marilyn, 66, in Washington, Tyne and Wear, said: ‘We will join them if they want to make a statement. The medal doesn’t mean anything to me any more, so if others want to hand them back I will go with them.

‘I have put the medal in my bottom drawer, I don’t look at it. When the Queen gave Tony Blair his knighthood I took down a scroll from her thanking Simon for his service.

‘I used to be proud of it but now it means absolutely nothing. That was a kick in the teeth, when I heard she had given him a knighthood.’

Rose Gentle, 58, of Glasgow, whose 19-year-old son Gordon was killed by a roadside bomb while serving in Basra in 2004, is also contemplating parting with her medal. She said: ‘I am considering returning my Elizabeth Cross if most parents think it is the right thing to do.

‘It’s a deeply personal decision for each bereaved family and, while my son deserves this medal, I want to see how things play out with Blair’s knighthood before I make my final decision.’

Hazel Hunt, 62, of Abergavenny, South Wales, is also considering the move. She lost her son Richard, 21, in Afghanistan’s Helmand province in 2009 when he was killed in an explosion while on patrol with the Royal Welsh Regiment.

Mrs Hunt said: ‘Those who know me know I have been a devout monarchist all my life, but I’m seriously contemplating sending the Elizabeth Cross back to Her Majesty as a sign of my protest and disgust at this decision. Did we and 456 other families from the Afghan campaign and 179 from the Iraq campaign lose a part of our family forever so that the wicked Blairs could go down in history?’ 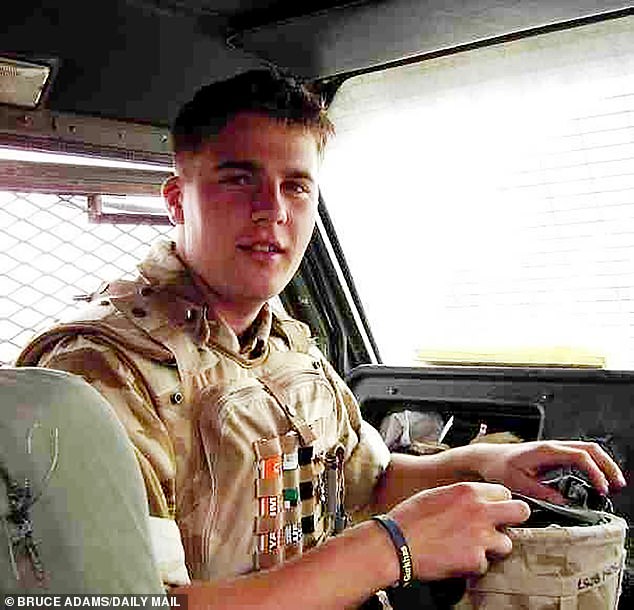 Kevin Thompson died in an IED explosion near Basra in 2007

Another former soldier who gave his name as Steve told LBC that he is removing a tattoo of the Queen on his arm ‘immediately’ over the knighthood. He told the radio station: ‘She should be condemning him, not condoning him.’

But Liberal Democrat leader Sir Ed Davey warned that critics of Sir Tony’s knighthood were being ‘disrespectful’ to the Queen.

Sir Ed said: ‘If the Queen wants to knight a politician or someone out of politics in any walk of life, I think we should respect Her Majesty, and I’m rather worried that people are being disrespectful to Her Majesty.’

Sir Tony refused to comment on the row when approached at his £7million central London mews house yesterday.

He appeared exasperated when questioned by the Mail about his response to the petition, sighing and giving an expression of disdain before shutting the door of his home without saying a word.