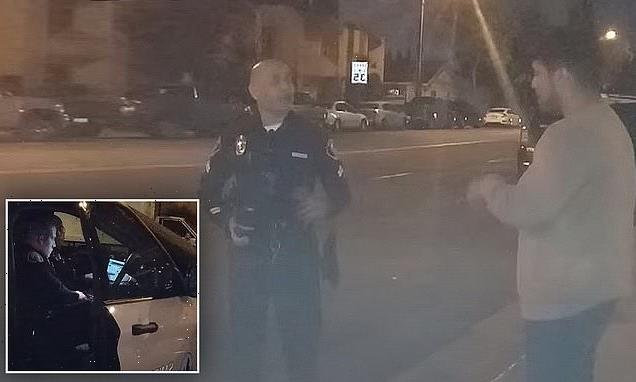 Cops have been caught blasting Disney songs late at night to try to stop people recording their busts and putting them on social media.

Officers in Santa Ana, California, blared out classics from Toy Story, Mulan and Encanto so people could not upload them due to copyright reasons.

They played ‘You’ve Got a Friend in Me, We Don’t Talk About Bruno and Reflection around 11pm.

Locals, many who were either asleep or preparing for bed, were fuming and a city councilman has vowed to get the practice banned.

The tactic has been used by police forces as a way to stop their arrests being recorded and plastered online due to the copyright of the songs. 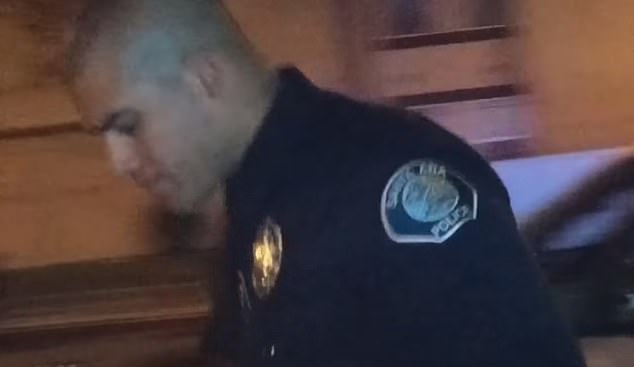 Officers in Santa Ana, California, blared out classics from Toy Story, Mulan and Encanto so people could not upload them due to copyright reasons

What are the rules on uploading video with music and how are cops capitalizing?

Creators cannot upload video with music featuring that they do not own the copyright to. It means artists’ work cannot be ripped off on social media or streaming websites and ensures they get paid for their work.

YouTube says: ‘Creators should only upload videos that they have made or that they’re authorized to use. That means they should not upload videos they didn’t make, or use content in their videos that someone else owns the copyright to, such as music tracks, snippets of copyrighted programs, or videos made by other users, without necessary authorizations.’

Police have been caught across the US playing music while making arrests or dealing with protestors in a bid to keep their exchanges off social media sites. If the website notices footage of police interacting with the public featuring a song by a famous artist, they will likely remove it because the person sharing the clip does not have copyright approval.

But the move appears to have backfired, with cops playing the music still featuring online. The reason for this is unclear, but it may be due to a ‘fair use’ agreement, which is done on a case-by-case basis.

YouTube’s rules add: ‘Fair Use is a US law that allows the reuse of copyright-protected material under certain circumstances without getting permission from the copyright owner. However, Fair Use is determined on a case by case basis, and different countries have different rules about when it’s okay to use material without the copyright owner’s permission. In the US, works of commentary, criticism, research, teaching, or news reporting might be considered fair use, but it can depend on the situation.’

In one instance, cops in Oakland, California, in June blasted Taylor Swift’s 2014 song Blank Space as they confronted activists.

Despite the move, footage of the police on both occasions remain on YouTube and other social media sites.

The officers from Santa Ana Police Department were the latest to deploy the method on April 4.

A cruiser pulled up on the street around 11pm and started blaring out Un Poco Loco from Disney’s 2017 movie Coco before moving on to You’ve Got A Friend In Me.

The cameraman asked: ‘You guys get paid to listen to music?’

Meanwhile Santa Ana city councilman Johnathan Hernandez asked: ‘Why are you playing Disney music?’ He added: ‘Do you live here.’

The officer replied: ‘No I don’t sir.’ Hernandez added: ‘Well, maybe you should treat us with respect.’ The officer apologized.

Video of the exchange was posted on the Santa Ana Audits YouTube channel, which monitors police exchanges with the public, and has more than 45,000 views.

Santa Ana Chief of Police David Valentin said his force were looking into the circumstances of the clip.

He said: ‘My expectation is that all police department employees perform their duties with dignity and respect in the community we are hired to serve.’

But Hernandez said he believed it meant officers were trying to keep the clip off social media.

He said: ‘I’m embarrassed that this is how you’re treating my neighbors. There’s children here.’

He added to the Post: ‘If you work for the public and there are numerous people out recording you telling you to please turn it off, why wouldn’t anyone in their right mind stop that?’

In June the same tactic was deployed by Oakland police in front of the Alameda Courthouse as they played a  song.

An officer, identified as Sgt David Shelby, asked protestor James Burch to move a banner before playing the music on his phone when people started recording. 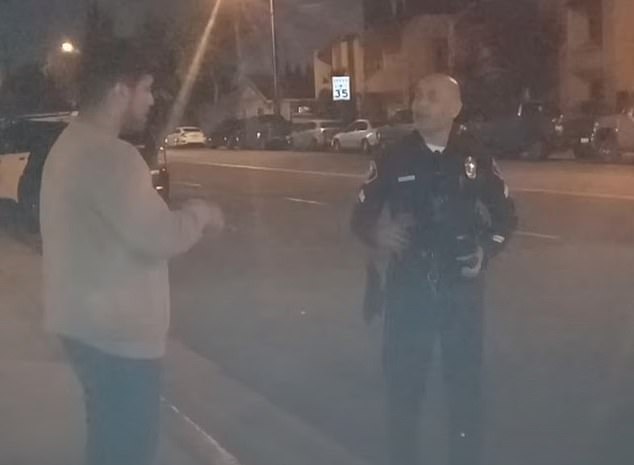 They played ‘You’ve Got a Friend in Me, We Don’t Talk About Bruno and Reflection around 11pm

Michael Bay would ‘absolutely’ work with Will Smith after slap: ‘He’s a very even-keeled guy’