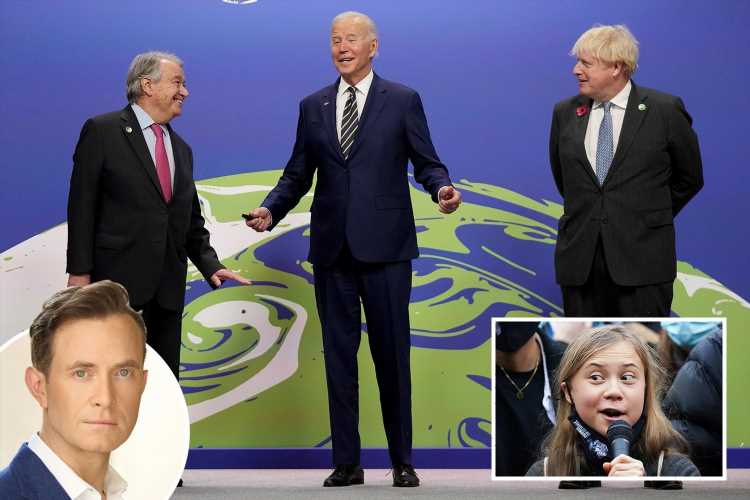 IT is said that noxious gases are destroying are planet.

If so, then after days of COP26 emissions in Glasgow, our planet might well be doomed. 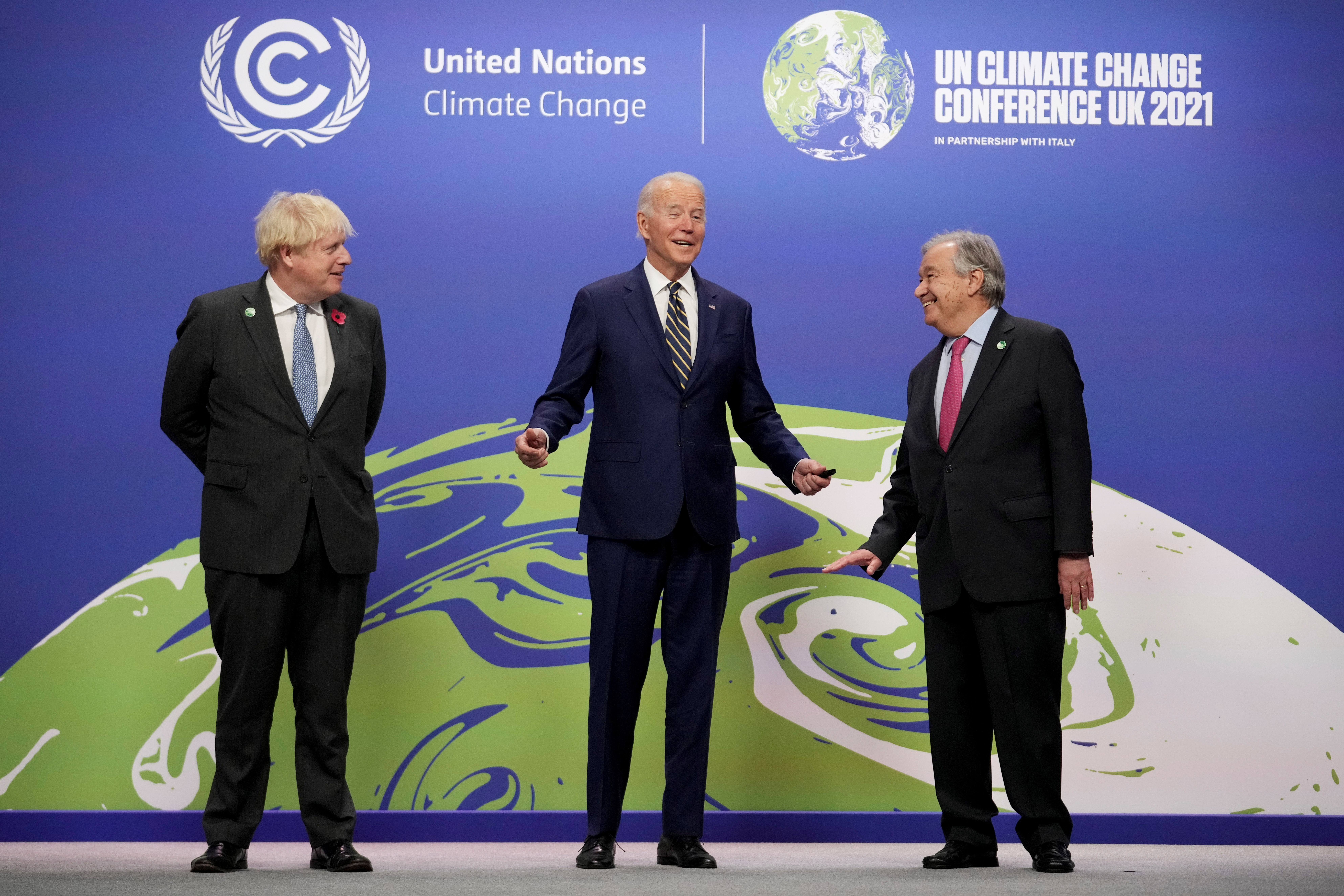 It is less than two years since Boris Johnson won an 80-seat majority for the Conservatives.

It is striking that the biggest policy idea he has had since that time is to spaff — as he would say — millions of pounds against the wall by throwing yet another yawnathon green gabfest.

Every aspect of conferences such as COP26 is always the same.

The world’s political elite fly in by private jets to tell the rest of us we should cut down on commercial air travel.

Each time, they issue warnings so dire that they sound more and more like street preachers wearing The End Is Nigh sandwich boards.

Usually they tell us we have only a couple of years left to live.

This time Johnson pulled out all the stops and told us the planet only has ONE MINUTE to go before we are doomed.

It is so absurd, so palpably over the top, that it is hardly surprising many of us simply turn off.

Or in the case of US President Joe Biden, fall fast asleep.

During the opening session, when the delegates were being told they were at one of the most important meetings in history, Biden could be seen snoozing.

It caused some criticism, but I don’t blame him. The eco-alarmists have made themselves completely ridiculous.

They scream about the end of the world year after year. But the only thing that really overheats is their language. And their ridiculousness.

The big news this week was that Leonardo DiCaprio had flown in to Glasgow to join the conference.

Because as everybody knows, there is no major world issue that cannot be solved by actors.

I suspect the people at these festivals of flagel- lation can have no idea how ridiculous they look to the people outside the hall. Or how little much of the rest of the world cares.

END OF THE WORLD

Time and again, events such as COP26 turn out to be just another vanity project for the global elite. Major companies’ CEOs such as Jeff Bezos jet in.

Why? Only to show they, too, are on board with the weird priesthood of the eco-religion.

And what does that religion demand?

Well, at present, countries like this one are trying to commit to becoming carbon-neutral economies.

Something that, even if possible, is many years off.

Yet vanity projects such as COP26 demand bloated gestures. So we see world leaders say they will become carbon neutral by the end of the decade or earlier.

All of which is impossible. Or at least it is impossible without us having massive power shortages and colossal, soaring energy prices.

America’s President this week repeated his promise that his country will have net zero carbon emissions by 2050.

Are the public up for paying this penance? Very much not.

For the costs that are going to be coming our way are huge. A recent study in the journal Nature showed Biden’s promise would cost every American citizen over $11,000 more every year.

Another recent survey showed most Americans are unwilling to pay even $24 a year for this pleasure. It is the same in the UK.

It is noticeable how many of the eco-alarmists are young people. Often, literally, children.

One reason they are so fervent in their faith is that they have never paid a tax bill. Or any other. They think money comes from the skies, or their parents at least.

Once they realise they will never get the pleasure of owning a house, let alone insulating it, perhaps they will wake up to the wholly unrealistic demands of the Glasgow crowd.

Still, the eco-elite surge on. And with some huge, embarrassing gaps at the table. For some of the world’s biggest polluters boycotted the Glasgow conference.

China has no intention of stopping its economic growth by committing to zero carbon.

Nor do the countries across Africa who believe it is their right to develop like countries in the Northern Hemisphere did before them.

China alone is in the process of building hundreds of coal-fired power stations. They are not stopping because of the Glasgow summit.

They are not going to impoverish their people again because of the demands of a weird little Scandinavian end-timer.

On Tuesday, Biden criticised the Chinese Communist Party for not attending.

Our own envoy, Alok Sharma, previously tried — and failed — to persuade the Chinese to fall in line. They didn’t, and they won’t.

Having a carbon-cutting conference without the Chinese is like having a trial without a defendant. A wholly pointless exercise in shouting, grandstanding and reputation-polishing.

At least the Zimbabwean delegation used the opportunity as a barely disguised booze cruise.

So what should we do?

We should keep our own energy supplies going, as independently as possible.

We should prevail upon India and China to cut down, but not really expect them to.

We should redouble our efforts to develop green energy sources that bring energy prices below those of fossil fuels.

Oh, and we should put a ban on future events like COP26.

Not just because they make the global elite look so bad. Or that it shows that our own Conservative Government has almost no serious ideas of its own.

But because of the hot air that they produce.

Give the planet a break. And the rest of us, too. 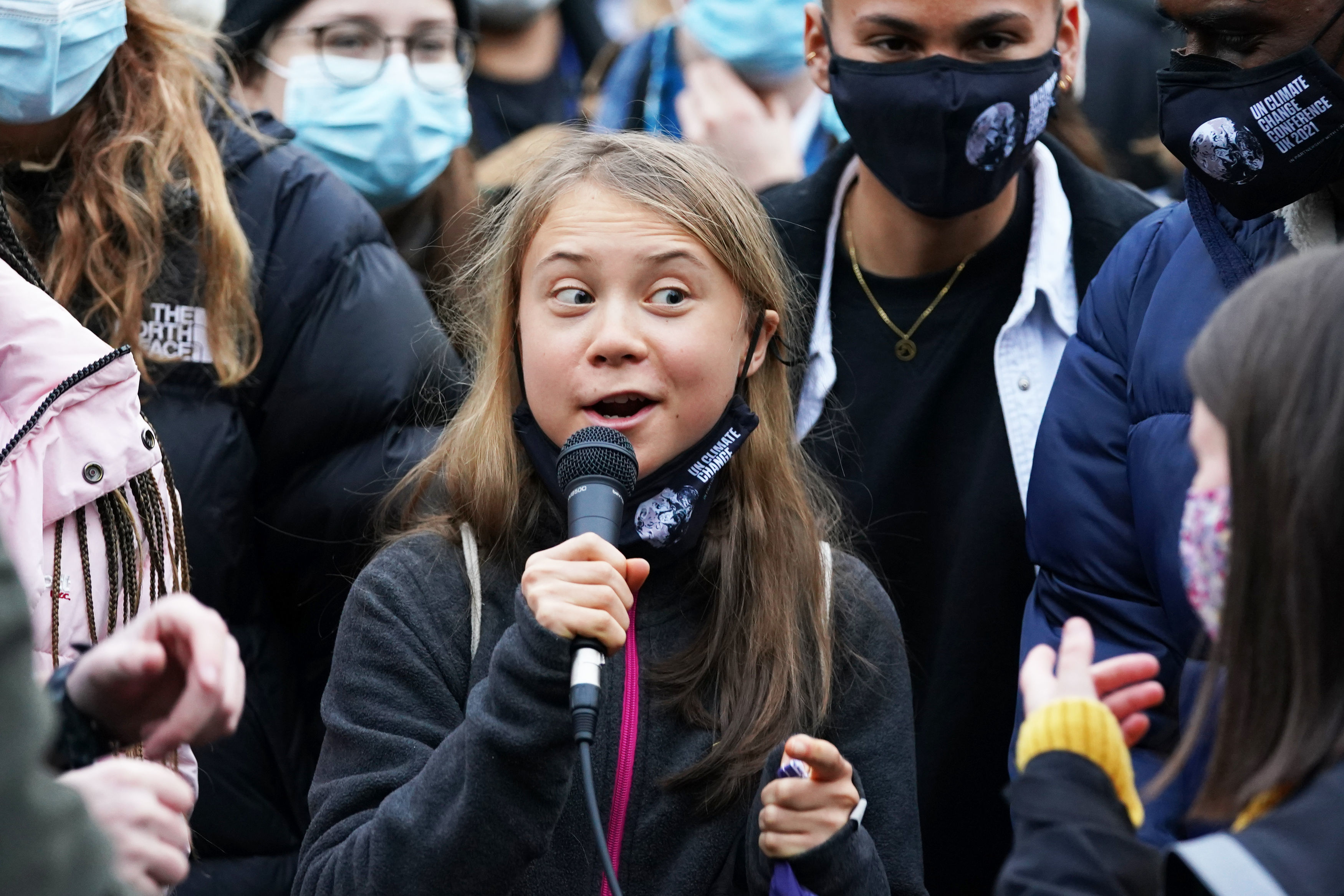 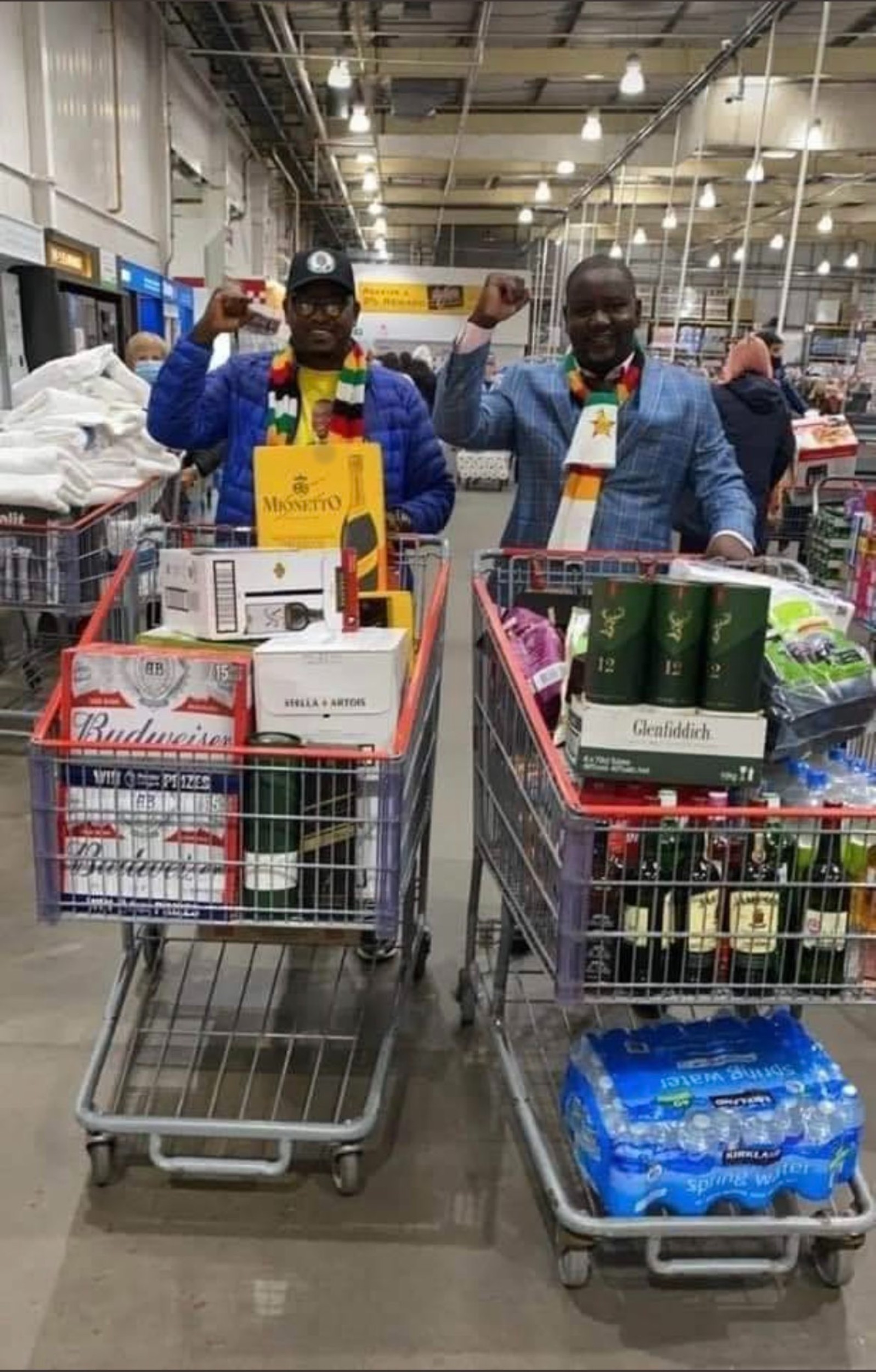 'The Bold and the Beautiful': Fans Disappointed Brooke's Co-CEO Storyline Was Dropped