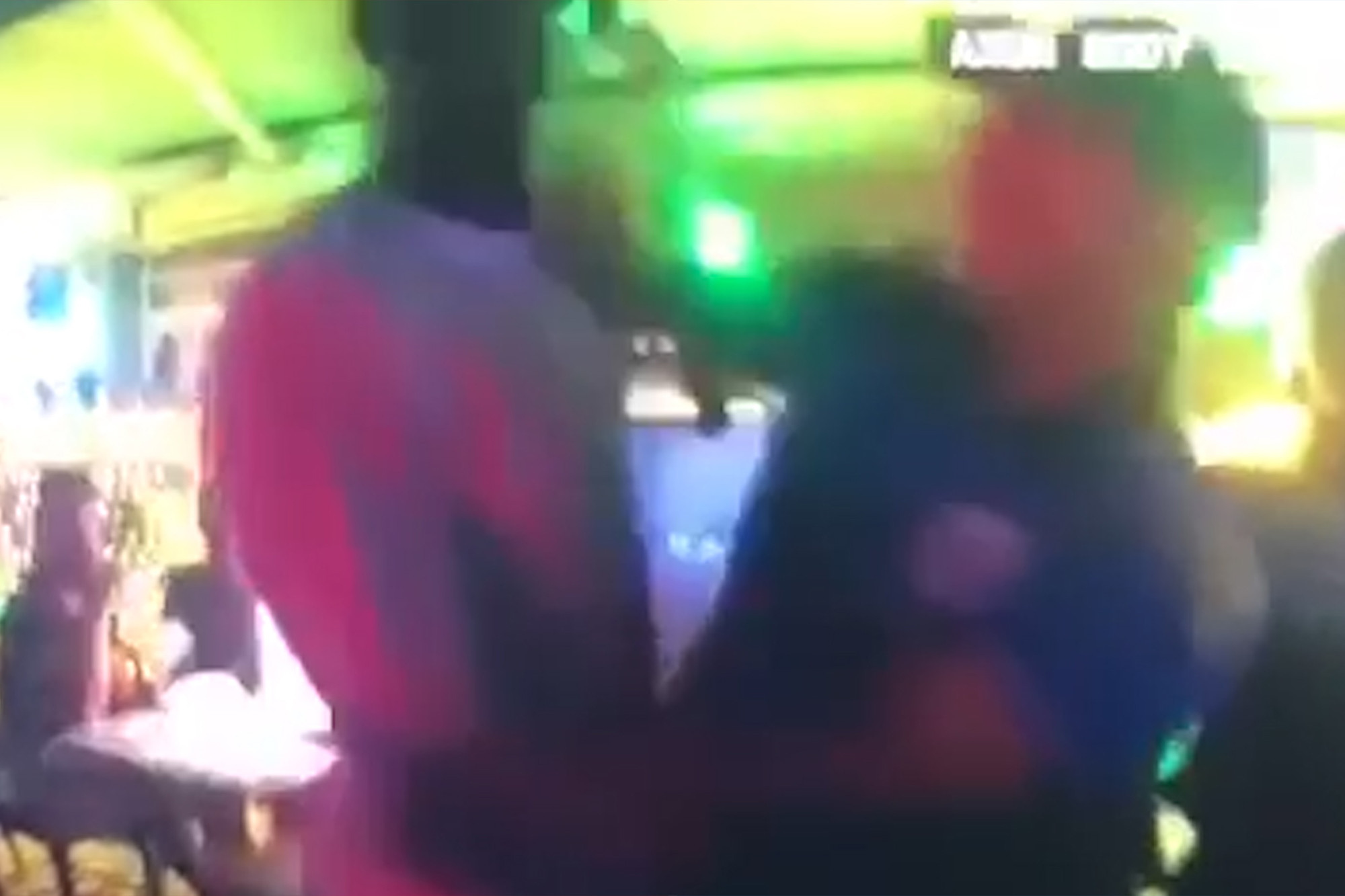 A police officer in Florida cold-cocked an unarmed homeless man who appeared to challenge the cop’s authority after a report of a disturbance at a Miami Beach restaurant, video shows.

Police bodycam footage from the Dec. 3 incident shows a homeless man from Orlando identified as Lowell Poitier Jr., 35, making aggressive gestures toward at least one officer before seemingly picking something up from a nearby table. The video then depicts Poitier approaching Officer Adriel Dominguez, getting in the cop’s face before saying, “What? What?”

Dominguez responded with a brutal right-hand punch to the left side of Poitier’s face, sending him to the floor instantly. Just prior to the officer’s one-punch knockout, someone can be heard saying, “Watch yourself, bud,” according to the video.

Another officer, Frederick Dominguez, who wasn’t at the scene at the time, later obtained video of the incident, which he believes depicts the officer — who is not related to him — assaulting Poitier outside the Pelican Hotel at 826 Ocean Drive in Miami Beach.

Frederick Dominguez is now requesting whistleblower protection from the city for reporting the incident, which he “believes to constitute misconduct warranting investigation,” according to an email to The Post from his attorney, Michael Pizzi.

Officers responded to the restaurant after Poitier was spotted “acting irate” and “screaming loudly” at the establishment. He also called two women “f–king gringas,” a derisive Spanish term for white women.

Poitier also called officers at the scene “crackers” when they approached him and “appeared as he wanted to challenge” the authority of one officer, according to the police report.

Two officers then told Poitier that he apparently forgot his phone at the restaurant, prompting him to once again get in an officer’s face before walking back to retrieve the device, the police report states.

Pizzi told the Miami Herald that Officer Frederick Dominguez decided to make the footage public because department brass often advise cops to be very aggressive while on the beat.

“I’ve never seen anything like it,” Pizzi told the newspaper. “It’s outrageous behavior. It’s an assault in broad daylight. He clearly did not take a fighting stance or clench his first to fight the officer like it says in the report.”

Adriel Dominguez has since been relieved of patrol duties as internal affairs investigators and state prosecutors review the footage, the Herald reports.

The police department’s union, meanwhile, is fully backing the officer seen in the footage.

“The video, along with the police officer’s body camera’s footage captured the dangerous confrontation with an agitated, angry and physically aggressive defendant,” Miami Beach Fraternal Order of Police president Robert Jenkins told the newspaper. “There is no question Officer Dominguez was legally justified and fully entitled to protect himself.”

How The Patriots Screwed Up In The Miami Miracle