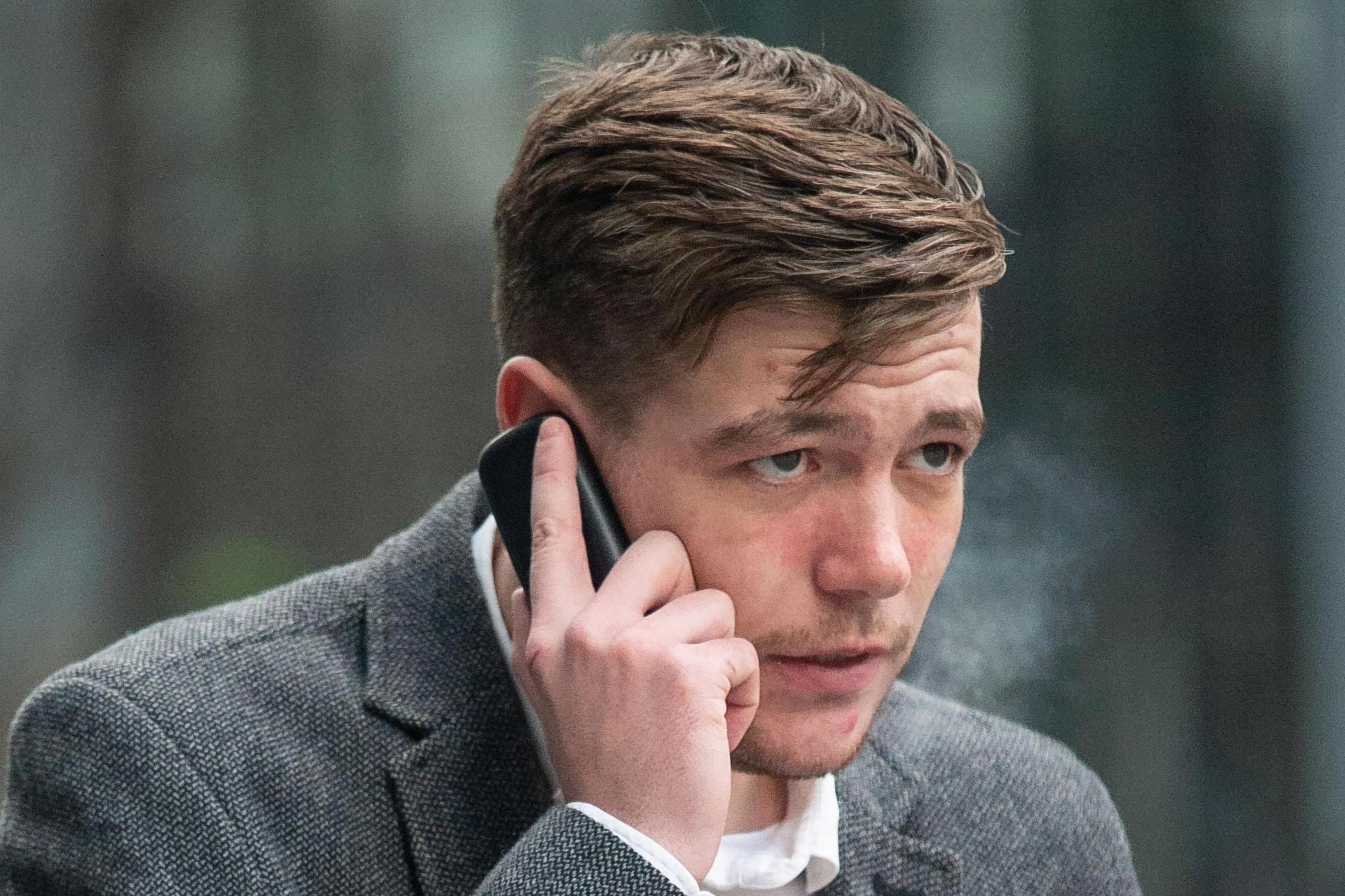 Alexander Heavens, 24, waited until unsuspecting Stacey Booth had nodded off before using Touch ID technology to access her phone and check her texts and emails. 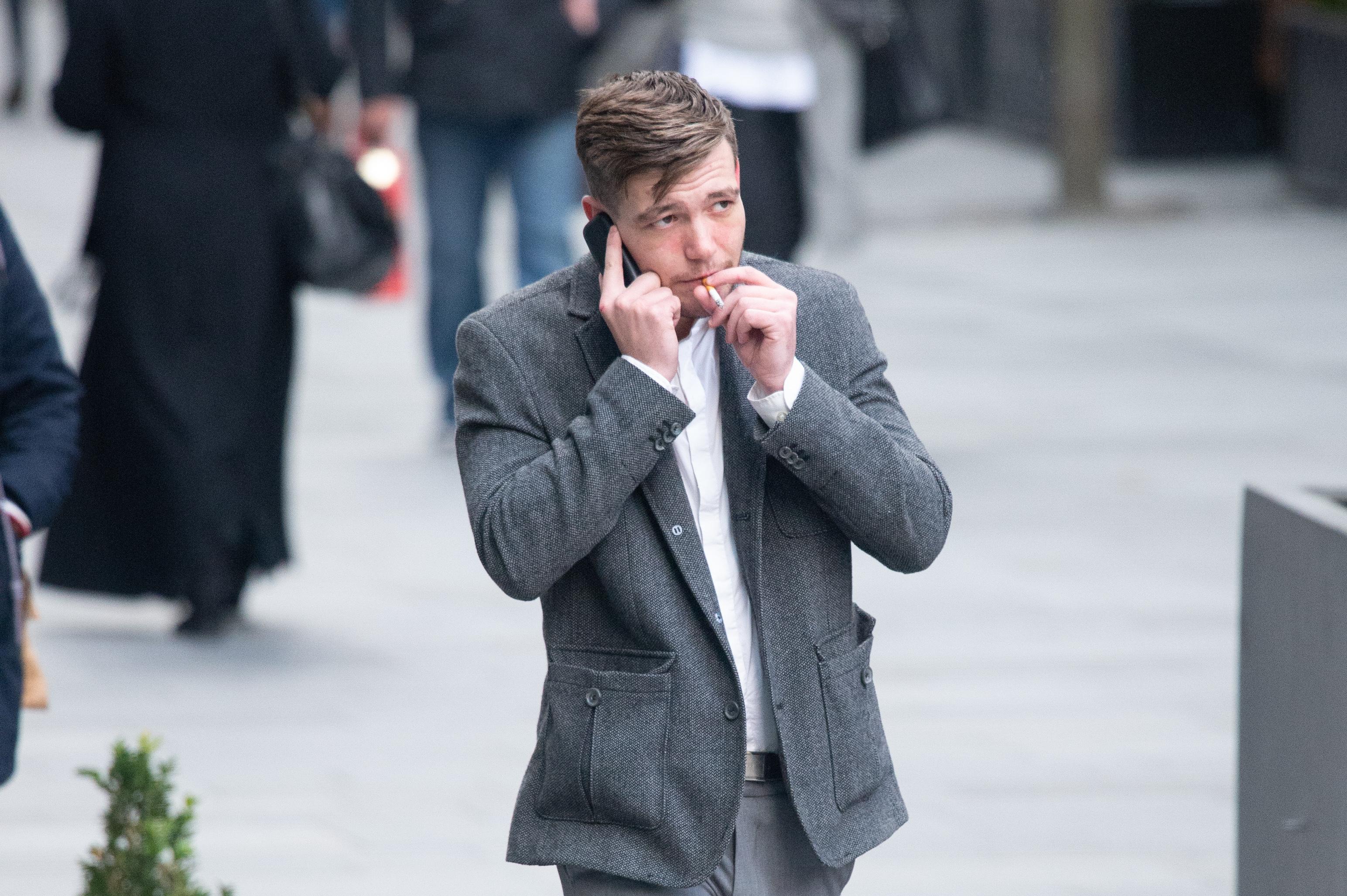 Heavens would then wake up Miss Booth – interrogating her throughout the night about who everyone was.

And in the last year of their romance, Heavens, from Failsworth, near Oldham, Greater Manchester, would bite her on the arm and bend her fingers back so far she thought they would break.

Manchester Crown Court heard how the relationship worsened after Heavens started to hang out with new friends and take drugs in November 2016.

Heavens admitted engaging in controlling and coercive behaviour in an intimate relationship. 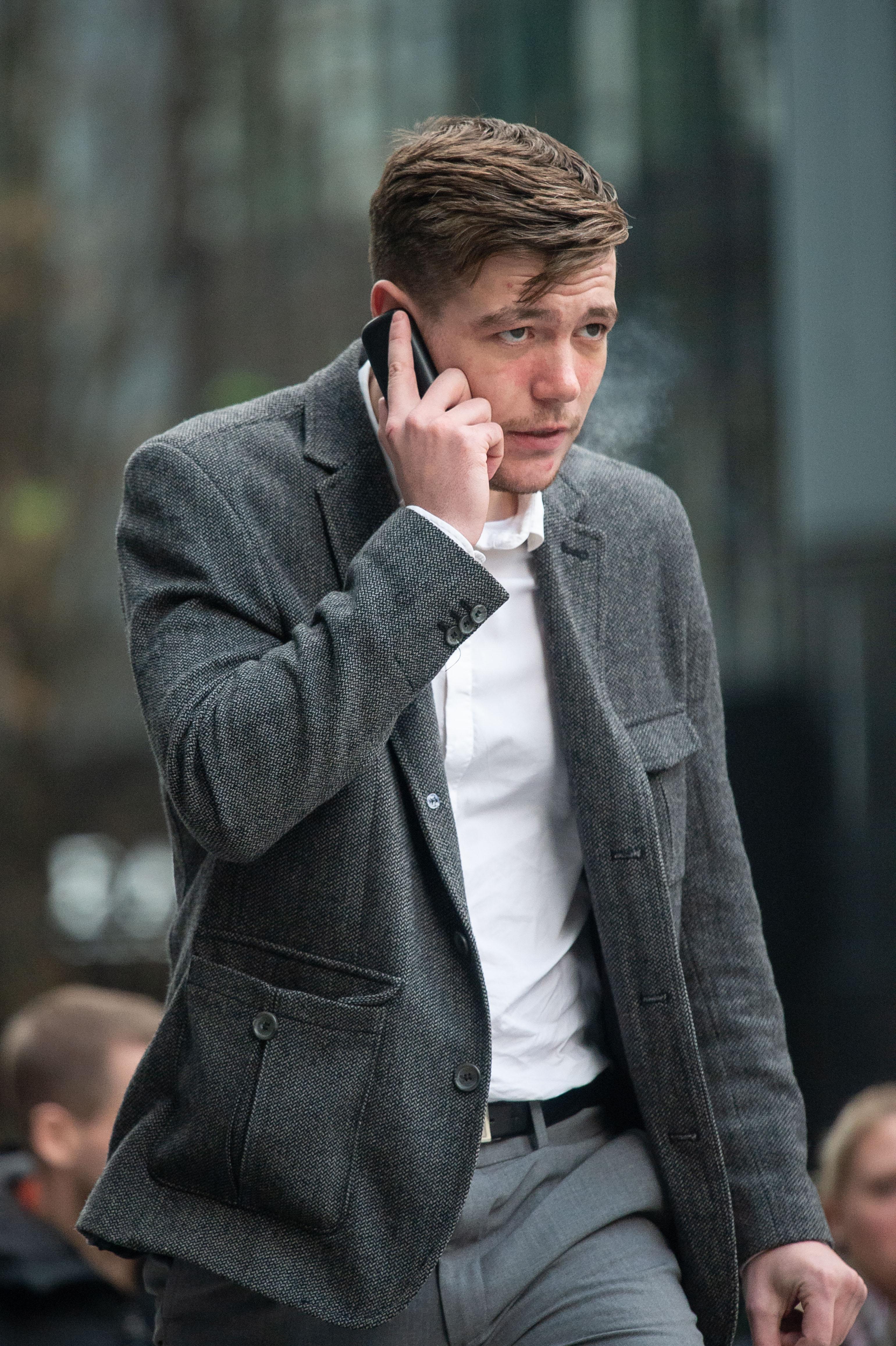 Prosecutor Rob Smith said: "He started taking his anger out on her and was paranoid about her actions.

"The first incident in 2016, the defendant became angry because she was spending time with her family rather than him."

He added: “When she was asleep he would grab her finger and use it to unlock her phone as it had her fingerprint ID code. He used this to check her phone messages and go through her contacts.

“He would wake her up and ask who everyone was and keep her up all night.

"Her work became affected and she became sleep deprived. On one occasion she was going to sleep when he asked her a question about something on her phone, and when he didn’t get a reply he punched her in the face. She remembers being pushed to the kitchen floor, stood on and trampled on."

In a statement to the court Miss Booth relived how she had always tried to help her boyfriend of six years, but he would respond with abuse "both physically and mentally."

She said: "I did not feel able to change my routine and the whole relationship felt normal at the time, but I now realise it was not normal at all."

When Heavens was arrested, he laughed, telling police he had never laid a finger on her.

In mitigation, defence lawyer Stuart Duke said: “The defendant accepts he is guilty of controlling behaviour. This was his first long term relationship. He accepts he behaved badly. He was drinking a lot after the breakup, he took it badly, and he was taking cocaine.”

Deferring sentence for six months, Judge Martin Rudland said: “The public needs to be aware that this sort of behaviour won’t be tolerated. This behaviour needs to be properly met with an appropriate sentence.

“I have come to the conclusion it is in the public interest that this sort of behaviour must be acknowledged, but not today. I have no doubt he has suffered with his own demons, and he hasn’t helped himself by the consumption of alcohol and cocaine."

Heavens was banned from contacting Miss Booth under the terms of a restraining order.