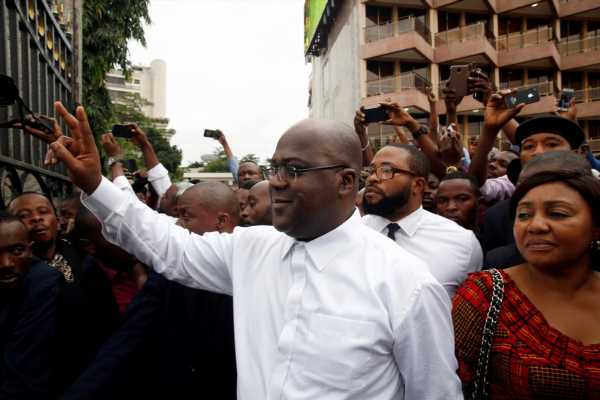 KINSHASA (Reuters) – Furious supporters of the runner-up in Democratic Republic of Congo’s presidential election denounced Thursday’s results as a fix, while France said the outcome was at odds with what was seen on the ground. 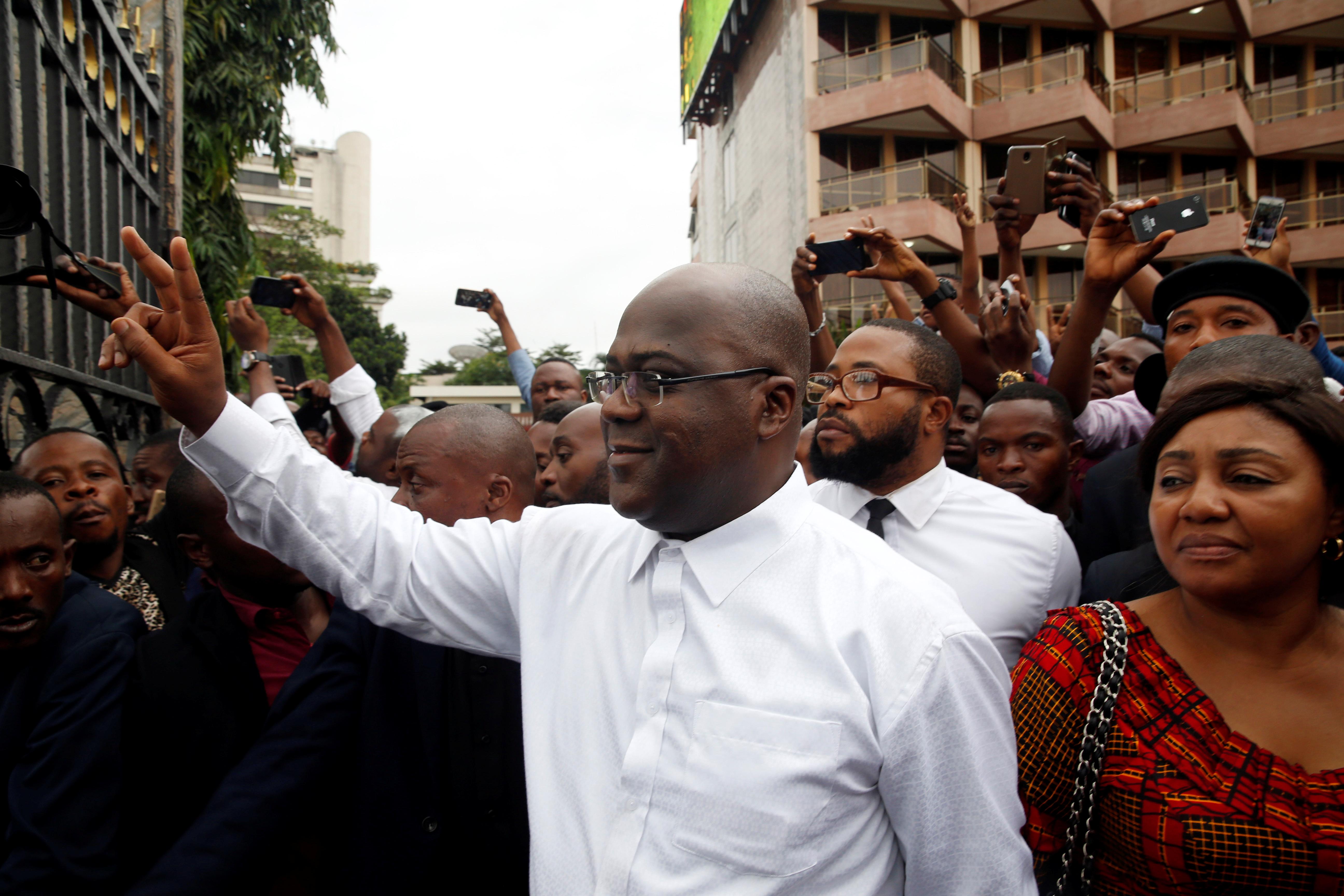 Fayulu called the results an “electoral coup” engineered by outgoing President Joseph Kabila to deny him the presidency.

The anger over the results, and particularly the Fayulu camp’s suspicions that Tshisekedi won by cutting a power-sharing deal with Kabila, could cast a cloud over what is meant to be Congo’s first democratic transfer of power in 59 years of independence.

Tshisekedi’s camp has acknowledged contact with Kabila’s representatives since the election but said they were aimed at ensuring a peaceful transition and denied there was a deal.

The streets of the capital Kinshasa and other major cities appeared calm early on Thursday, but Fayulu supporters vented their frustrations.

“We will never accept this nomination. It’s not a victory for Felix. CENI has appointed him,” said Georges Bingi, a member of Fayulu’s ECIDE party in the eastern city of Goma. “They have stolen the victory of the people. We will not accept it.”

Fayulu can appeal the results to Congo’s constitutional court but has not yet indicated whether he plans to do so.

“Of course we are not happy as our candidate lost, but the Congolese people have chosen and democracy has triumphed. And we believe in the democratic and republican values,” Shadary spokesman Barnabe Kikaya Bin Karubi told Reuters.

Tshisekedi’s win also raises questions over the political future of Kabila, who has governed since his father’s assassination in 2001, and overstayed the official end of his mandate by two years.

Kabila said before the election that he planned to remain involved in politics after stepping down and could not rule out running again for president in 2023, when he will no longer be term-limited.

Any escalation in the Fayulu camp’s rhetoric or actions risks igniting a destabilizing cycle of unrest, particularly in the volatile eastern borderlands where he enjoyed strong support and dozens of militia groups are active.

Members of Tshisekedi’s UDPS party called the election a historic triumph in a struggle for democracy spearheaded by his father, the late Etienne Tshisekedi, under three successive presidents.

“Today marks the liberation of the people. It is the democratic reality that we have sought for a long time,” said Simphora Biduaya, a candidate for provincial assembly in the east. 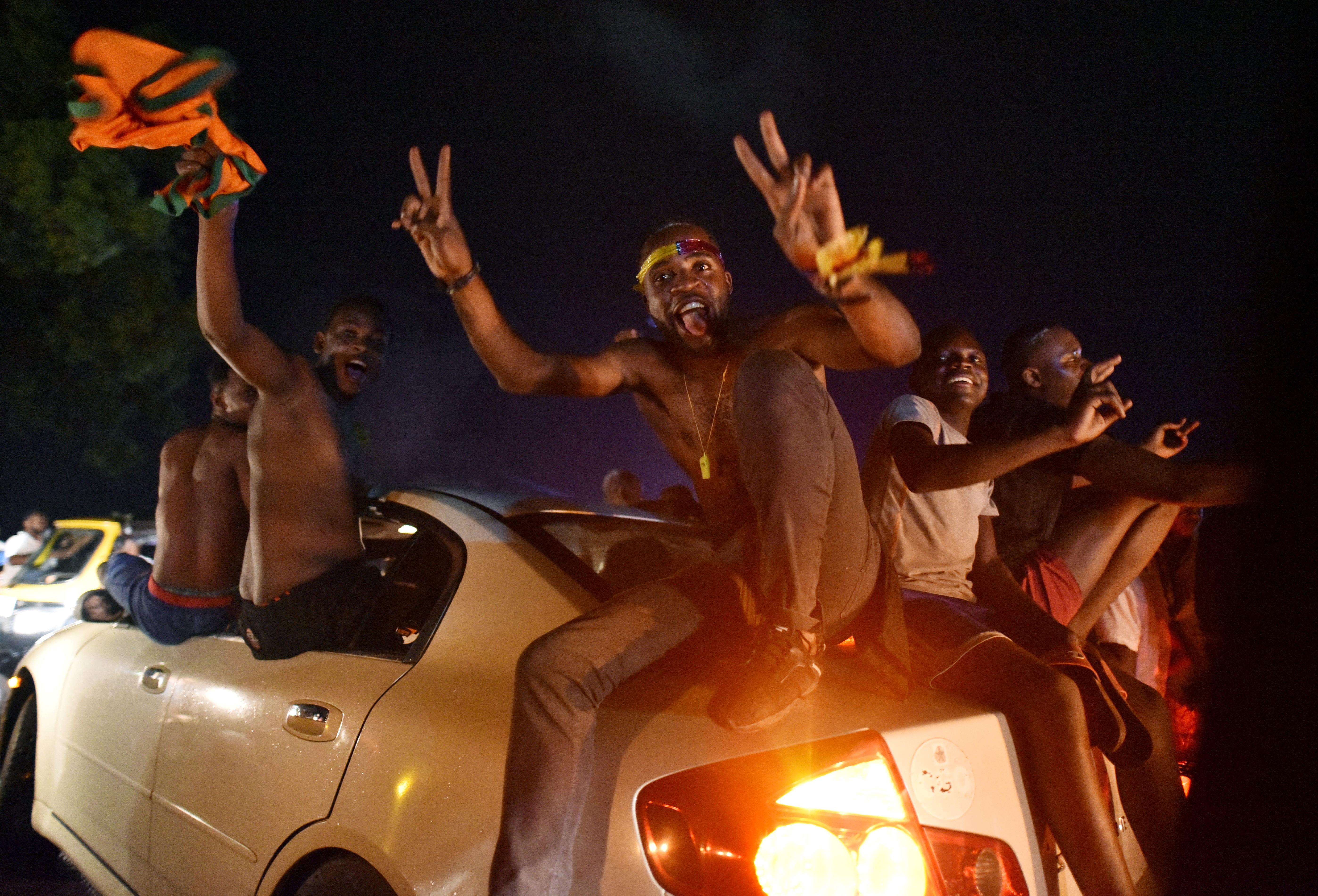 “We must have clarity on these results, which are the opposite to what we expected,” Le Drian told CNews. “The Catholic Church of Congo did its tally and announced completely different results.”

United Nations Secretary-General Antonio Guterres urged “all stakeholders to refrain from violence and to channel any eventual electoral disputes through the established institutional mechanisms”, his spokesman said.

If Tshisekedi’s victory is confirmed in the next 10 days by the constitutional court, he will become the first leader to take power at the ballot box since Prime Minister Patrice Lumumba. He was toppled in a coup less than three months after independence in 1960 and killed four months later.

Want to reboot your life in 2019? You need to ditch emotional baggage