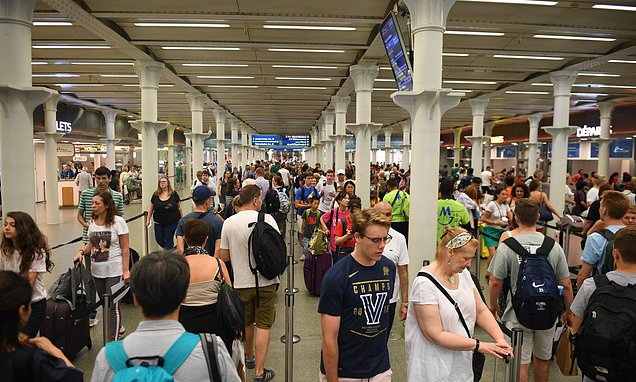 Commuters brace themselves for travel chaos as train companies launch ANOTHER new timetable, after last one brought misery for thousands

Rail passengers were this morning braced for fresh disruption following the launch of the latest new timetable.

The last time major changes were made, in May, commuters were left stranded as thousands of services were delayed or cancelled.

And although network bosses stressed they had planned fewer changes this time around, they warned there could still be ‘pockets of disruption’.

Worst-hit in May were 8,000 Thameslink and Great Northern services – run by Govia Thameslink Railway – and 5,000 run by Northern, which were cancelled or severely delayed.

Both companies could face fines in the New Year following an investigation into whether they breached their operating licences. 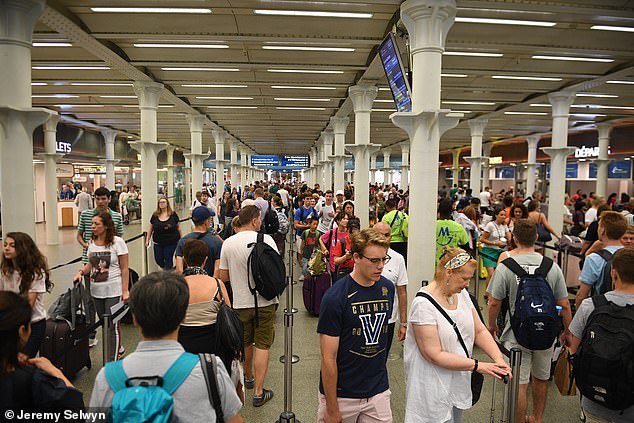 Rail passengers are bracing themselves for delays this morning after train companies introduced another new timetable yesterday. File image of chaos at St Pancras Station used

The fiasco led to the introduction of emergency timetable services in which trains were cancelled or replaced by buses for weeks on end.

In one case, trains were delayed by a lack of drivers qualified to take them through a newly-built tunnel in North London.

The winter timetable was officially launched yesterday without incident but today is the first weekday the revamped service will be used by millions of commuters.

‘Passengers paid a hefty price for the catalogue of over optimism, missed deadlines and blurred accountability that led to a summer of timetable crisis and ensuing chaos.

‘To regain their trust, passengers need to see that lessons have been learned.

‘Looking forward, someone must be placed clearly in charge of major timetable changes in future, to ensure robust oversight and with the power to hit the stop button when something is not going to work.’

The Rail Delivery Group, which represents train operating companies, said changes for the winter timetable have been ‘smaller than those seen earlier this year’ to minimise the risk of problems. 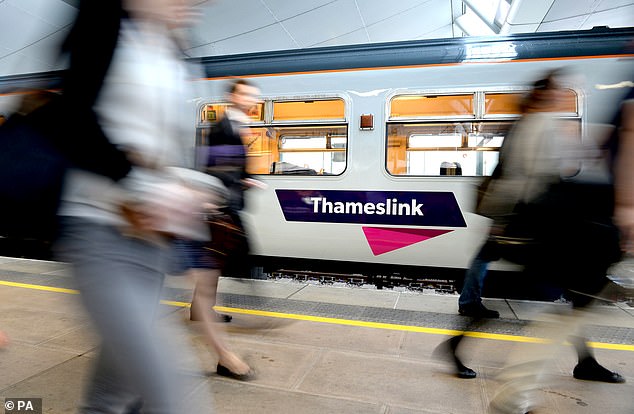 When timetable changes came in in May the worst-hit were 8,000 Thameslink (pictured) and Great Northern services – run by Govia Thameslink Railway – and 5,000 run by Northern, which were cancelled or severely delayed

Improvements include the introduction of 200 additional weekday services on Thameslink and Great Northern.

But Northern, which has had up to 10 per cent of its trains out of action due to wheel damage caused by leaves on the line, admitted its service would still not be up to scratch.

Hundreds of the company’s trains have had fewer carriages than usual, causing sometimes severe overcrowding, and it said the problems could ‘last until at least next May’.

In the month to November 11, 1,162 of Northern’s trains lacked the normal number of carriages and some were axed altogether.

Later last month, services on the Preston to Ormskirk line in Lancashire were cancelled for an entire week.

Raj Chandarana, stakeholder manager for Northern, told a public meeting in Manchester that May’s timetable crisis had led to a ‘horrendous’ shortage of trains – worsened by the wheel damage issue. 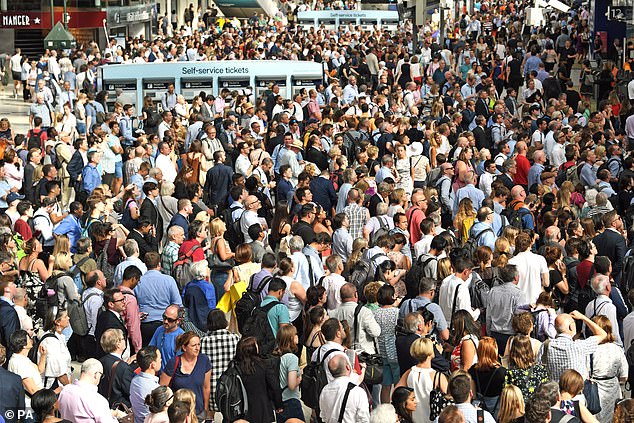 The last time major changes were made, in May, commuters were left stranded as thousands of services were delayed or cancelled. File image of delayed passengers at London Waterloo used

He said: ‘We are doing what we can but in reality until the infrastructure improvements happen we are not able to use the trains that are fit for purpose on electrified tracks and it won’t be until May next year at the earliest that we’ll be in a position to say at peak there won’t be short-formed trains.’

Northern blamed Network Rail for delays on electrification projects on major lines, which meant diesel trains on those routes could still not be released for use elsewhere.

Mr Chandarana said: ‘We’ve tried to plug the gap with existing stock and by borrowing trains from other operators.’

‘The situation we face is one that is hugely regrettable.’ Greater Manchester authorities estimate a 5 per cent rise in traffic coming into the city has been generated by the rail disruption, which also includes Northern guards striking every Saturday.

Robert Nisbet, regional director of the Rail Delivery Group, admitted there could be ‘some pockets of disruption’ on the network today and urged passengers to check the new timetables before they travel.

It comes after a report into May’s timetable chaos by Professor Stephen Glaister, chairman of watchdog body the Office for Rail and Road, warned train companies had a battle to restore ‘trust and confidence’.

Mr Nisbet said: ‘Over the next few years, we are committed to delivering a step change in the quality and reliability of rail services through huge investment in infrastructure so that thousands of extra services can run.

‘We know that people in some areas might be concerned about another timetable change but as the Glaister Review acknowledges the rail industry has worked together to start learning the lessons from May.

‘As with the introduction of any new timetable, there may be some pockets of disruption as people get used to new journeys and train times, so we advise people to check before travelling.’

He added that improvements over the next three years would include introduction of 7,000 new carriages and hundreds of fully refurbished trains, supporting 6,400 extra services a week by 2021.

Sir Peter Hendy, chairman of Network Rail, said: ‘The railway industry (took) a long hard look at its plans for the timetable change in December and, taking into account recent painful lessons, the industry has scaled back its ambition and tempered it with a more cautious, phased approach.

‘The railway is too vital for the health and wealth of our country to risk a repeat of the mistakes of May and this more balanced approach of ambition and caution is absolutely the right thing to do for the millions who rely on our railway every day.’