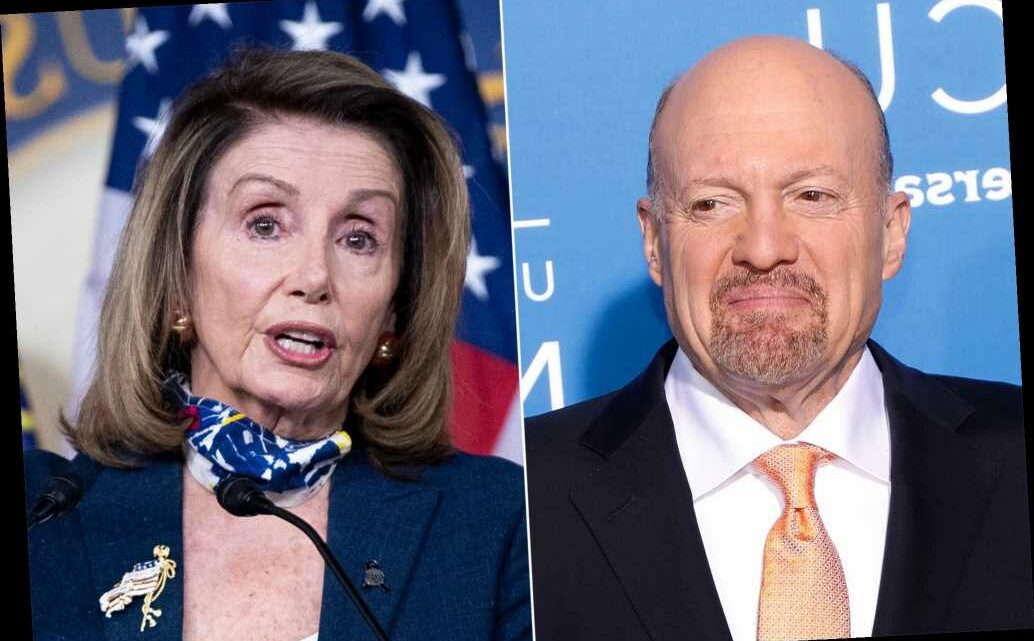 The outlandish host of “Mad Money” and former hedge fund manager was interviewing Pelosi on stalled negotiations on a fourth coronavirus stimulus package when the insult appeared to slip out.

“What deal can we have, Crazy Nancy — I’m sorry, that was the president,” Cramer said, scrambling to fix the situation. “I have such reverence for the office, I would never use that term.”

“Oh come on, you know what I mean,” the CNBC anchor replied, trying to turn the embarrassing episode into a joke.

Cramer’s name immediately began trending on Twitter as clips of the exchange circulated online — with one pundit calling for the 65-year-old to be fired.

“If Jim Cramer is allowed by CNBC to speak to a woman, on tv, who is the #SpeakeroftheHouse it shows that CNBC has no respect for women in this country,” wrote actress Suzanne Cryer.

“It cannot be tolerated. She deserves his respect. Women deserve respect. Jim Cramer should be fire,” she added.

Bloomberg columnist Tim O’Brien wrote, “Stay classy, Jim Cramer,” while another person suggested, “Cramer should be suspended and CNBC owes her an apology.”

Author Tony Schwartz linked the incident to Trump and said it was an example of how the president had “decimated civility and dragged all of us down.”

The powerful speaker, 80, and Trump have not spoken in nearly 11 months after she walked out of an Oval Office meeting last October where he accused her of being a “third-grade politician,” according to a CNN report.

Pelosi’s office could not be immediately reached for comment Tuesday.

Kardashians Confront Kourtney After Scott Talks 'Going for Baby No. 4'