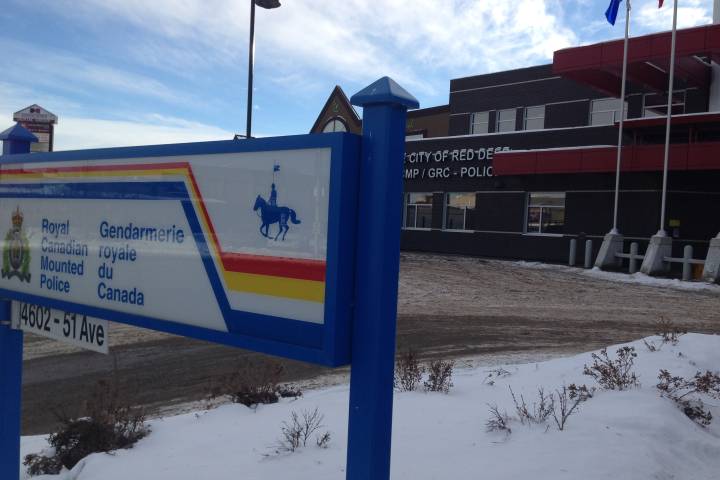 Red Deer is looking to review its current policing model, which the mayor describes as a hybrid system with RCMP taking the lead in terms of enforcement within the central Alberta city.

The city has put out a request for proposals for an outside review so officials can decide if the city should switch to a different model, like a regional police force.

“I think the review will answer that question,” Mayor Tara Veer said when asked if Red Deer has outgrown the RCMP model. “It’s premature to speculate at this point.

“Right now we do a have a bit of a hybrid force where the RCMP are our primary enforcement service provider, however we do have a very strong municipal component that supports that.”

Veer said the last review of this kind was done more than a decade ago and the city has changed a lot since then.

“It’s imperative we review and study the issue as much as possible and [respond] to those recommendations, so that we’re making decisions that will protect the safety of Red Deerians,” Veer said, “and that our model responds to the community that we are today, but also that we’re meeting the needs of a growing community.”

“Crime and public safety is our citizens’ number one priority,” Veer said. “Council needed to [be[ responsive to the community’s sentiment and concern.”

“We have, over the past couple of years, made significant efforts, made substantial investment in policing and enforcement in response to our crime rates.

She said the review will look at all types of policing models, then offer recommendations as well as short- and long-term public safety benefits in each model.

Must reads before Monday
World News