A priest has been condemned by the Catholic Church after urging parishioners to avoid getting a Covid-19 vaccine.

Anti-vax conspiracist Father George Roth sparked outrage by telling worshippers vaccines were ‘bio-terrorism’ and urging them to ‘do all you can’ to avoid them.

In the email sent to parishioners on his mailing list, he added those pushing vaccinations are ‘conspiring with evil men who wish [to] de-populate our world’.

The behaviour of the priest, of St Mary’s Roman Catholic Church in Gosport, Hants, has been condemned by the Catholic Diocese of Portsmouth as well as the local borough council.

In a blog post on the church’s website which has now been deleted, Fr Roth linked a disinformation video from notorious anti-vaxxer Vernon Coleman – who wrongly claims to be a doctor.

The Catholic Diocese of Portsmouth have said it is investigating the matter, and is ‘disappointed’ Fr Roth had expressed the ‘personal view’. 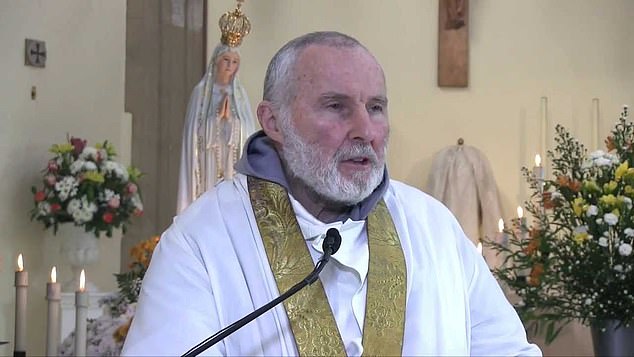 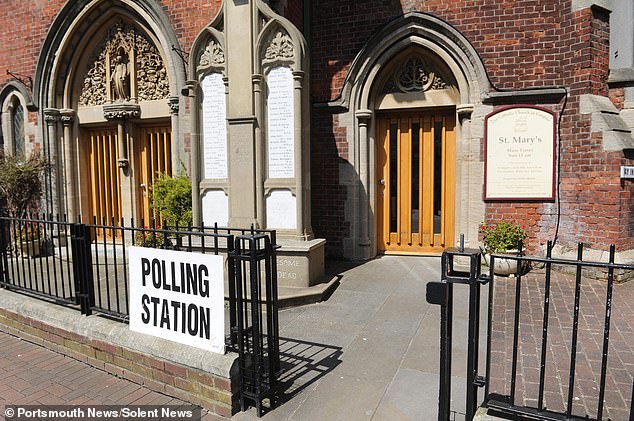 The priest’s act, of St Mary’s Roman Catholic Church in Gosport, Hants, has been condemned

A spokeswoman said: ‘The Catholic Diocese of Portsmouth is very disappointed that one of the Family of Mary Immaculate and St Francis in Gosport has publicly expressed a personal view about the Covid vaccination programme that is contrary to the official position of the Catholic Church and the Diocese.

‘The matter is being taken very seriously and an investigation is in progress.

‘We would encourage all our parishioners to benefit from the protection afforded by the vaccine.’

Fr Roth also posted a video sermon in January in which he called abortion the ‘culture of death’. 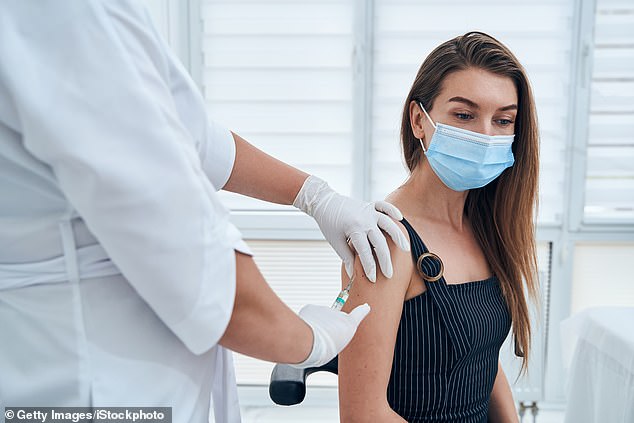 He praised former US President Donald Trump’s ‘draining of the swamp’ in the YouTube video.

A former police sergeant, who lost her own mother to Covid-19 last year, said Fr Roth’s comments were ‘an affront’ to her mother’s death.

Lesley Meenaghan, of Gosport, said: ‘Hearing a community figure such as a church leader advising against the Covid-19 vaccination is an affront to my mother’s death and thousands of others.

‘I am so disappointed we still have anti-vax propaganda in Gosport, especially from people in positions of trust.

‘This is the only way out of this terrible pandemic, and we must all do our duty.’

Graham Burgess, the Conservative leader of Gosport Borough Council, added: ‘He’s supposed to be what you call a pillar of the community, but he doesn’t seem to be acting as one.’