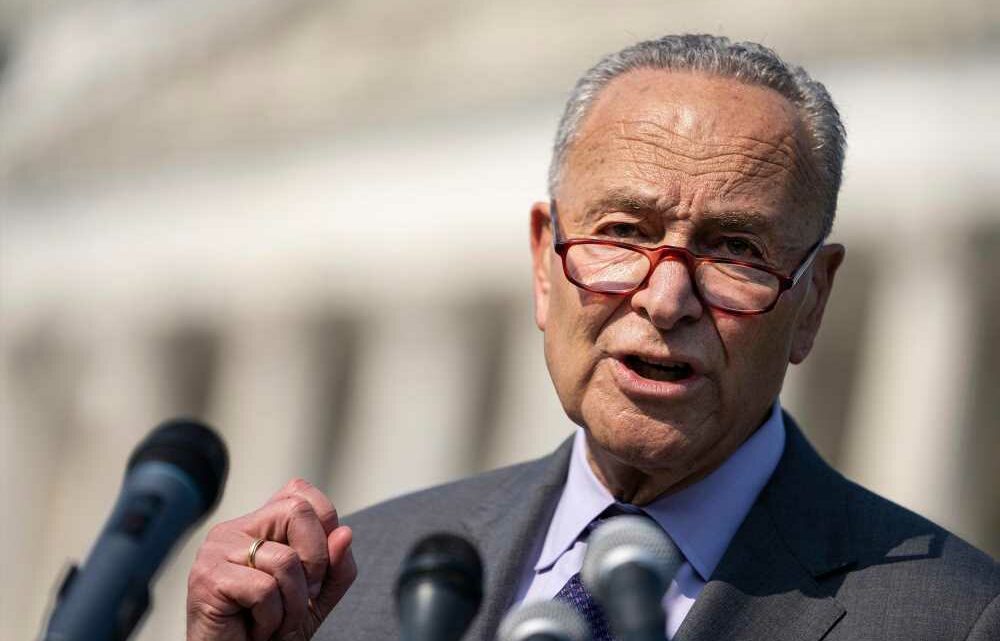 Trump trashes $1T infrastructure deal as a ‘disgrace’, warns GOP not to support it

“I said yesterday, ‘We can do this the easy way or the hard way.’ Yesterday, it appeared that some Republicans would like to do it the hard way,” Schumer (D-New York) said on the Senate floor during a rare Sunday session.

His comments came after Sen. Bill Hagerty (R-Tenn.) said Saturday that he wouldn’t “fast-track” the bill before the standard 30 hours of debate on it was up. That decision, if not reversed, would delay the final vote on the package until Monday or Tuesday.

Schumer said that while he wants to push along the spending package for roads, bridges and transit more quickly, he needs senators on the other side of the aisle to “cooperate.” Still, if some holdouts don’t comply, the body will soon pass the bill, anyway, he said.

On Saturday, the Senate gave the green light to a measure ending debate on the plan — countering Republican efforts to filibuster the proposed infrastructure legislation. Eighteen Republicans voted with all Senate Democrats to move the measure forward.

“Republicans, even the ones who don’t want to support the bill, are very interested in working on the legislation, and that’s what they’re doing,” an insider previously told The Post. “A lot of Republicans who didn’t vote for this bill will be touting the things that it does in their own local media markets.”

The bill then headed to an amendment process — which Senate Minority Leader Mitch McConnell of Kentucky said is needed to upgrade the infrastructure expenditures.

“There are many outstanding amendments that are important that would improve the legislation, and deserve votes before the Senate is asked to vote on final passage of the bill,” he said.

Schumer said Sunday, “Democrats are ready and willing to vote on additional amendments to the bill before moving to final passage.

“Once again, that will require the cooperation of our Republican colleagues,” he said.

“I hope they will cooperate so that we can move more quickly. Otherwise, we’ll proceed by the book and finish the bill.

“In any case, we’ll keep proceeding until we get this bill done,” Schumer added.

Hagerty on Saturday had said, “I’m not trying to expedite this process whatsoever,” according to Roll Call.

“I’m not the one holding any of the amendments up. … [Republicans] are free to start under normal order,” the GOPer said.

“There is a normal process in place right here. There’s no purpose in my view to allow an acceleration of that given what has happened here.”