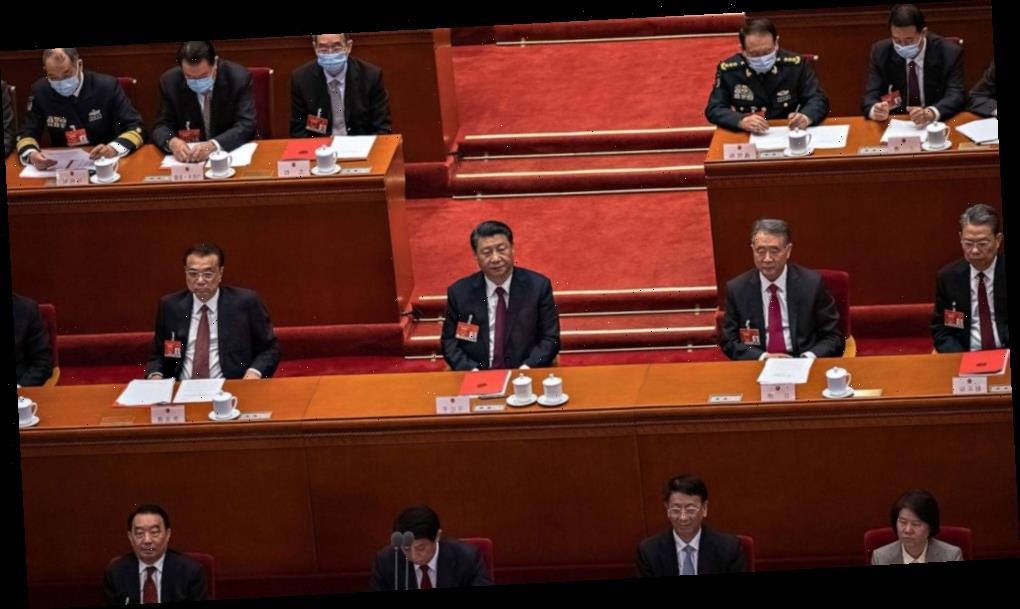 HONG KONG — China’s parliament has endorsed electoral reforms that pave the way for Hong Kong’s biggest shake-up since the former British colony was handed back to Chinese rule in 1997.

As expected, the “patriots governing Hong Kong” resolution was passed by the rubber-stamp National People’s Congress on Thursday, with 2895 votes for, zero votes against and just one abstention.

Li Zhanshu, chairman of the NPC’s governing Standing Committee, said that “all representatives highly agreed” to the reforms “to safeguard national sovereignty, security and development interests and to maintain Hong Kong’s constitutional order.” NPC delegates are appointed by the party and always endorse resolutions by overwhelming margins.

The controversial overhaul of Hong Kong’s electoral system, which comes amid an intensifying crackdown in the city, will give a pro-Beijing committee more power to choose Hong Kong’s lawmakers. Under the changes, the committee will be able to vet and elect members to the 90-seat legislature, reducing the number of lawmakers directly elected by Hong Kong citizens.

Chief Executive Carrie Lam on Thursday expressed her administration’s “sincere gratitude” to the NPC, saying the changes will fix the problem of too much politics in the legislature.

Speaking with ABC News, Hong Kong government advisor Ronny Tong said that the move “is not ideal but not worse”.

“Instead of disqualifying, now the task of scrutinizing candidates will be done by a committee with wider representation than simply by an election officer who is a civil servant, so I tend to think the process will have more transparency than now,” said Tong.

“I would prefer to see a nomination system more open but given the way the pro-democrats behave; I understand the need for scrutinizing the candidates. This is marginally better than allowing them to get into LegCo and then disqualifying them.”

Tong believes that this is the last round of reforms from Beijing: “I don’t really see how the current pan-democrats can still mount another attack to the system and therefore no need to respond further.”

The legislation is expected to be announced in greater detail when the NPC Standing Committee meets at a later date, and it could be enacted into Hong Kong law within the next few months.

Beijing’s crackdown in the semi-autonomous territory has intensified since it imposed a national security law last summer. It said the legislation was necessary to restore peace after mass protests in 2019 but critics say it stifles freedoms promised as part of the ‘One Country, Two Systems’ framework.

Since then, dozens of Hong Kong’s pro-democracy leaders have been put behind bars or have fled the city.

Willy Lam, a political scientist at the Chinese University of Hong Kong, earlier told ABC News that the electoral reforms would effectively shut out the opposition camp, which won more than 80% of the vote in the 2019 local elections.

“I’m afraid there may be no more place for the opposition,” Lam said. “But of course, Hong Kong still has a well-established civil society, even though they have to be extremely cautious because they may be detained or arrested for speaking out against the government.”

Lam said there has been a clear shift in the way that Beijing is choosing to govern Hong Kong: “Before this, at least a small space was offered to members of the opposition to give their opinions on various major policies.”

Now, Lam explained, Beijing is asserting “comprehensive jurisdiction” over Hong Kong: “Beijing will set the rules and they’re supposed to be followed without any question by Hong Kong citizens.”

Former democrat lawmaker Fernando Cheung told ABC News that the changes are “an effort to further tighten the system so that only those who are blessed by Beijing would stand a chance to run for public offices.”

Does the Astrazeneca Covid vaccine cause blood clots?
World News