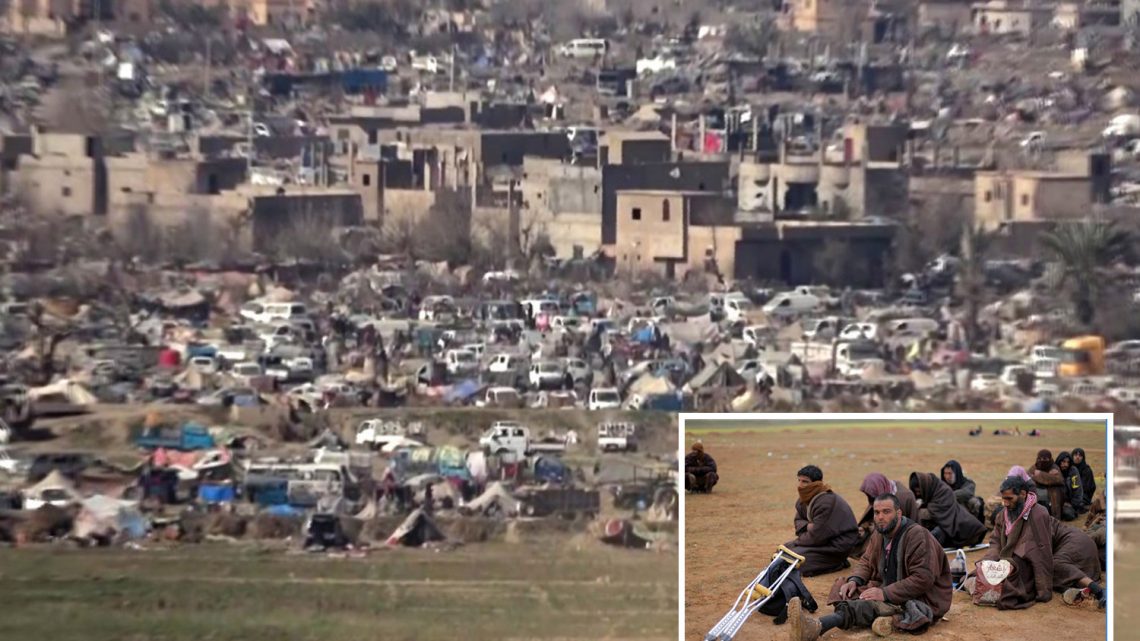 An estimated 500 extremist soldiers remain in the town of Baghouz and are living in a make-shift camp after the US-backed Syrian Democratic Forces (SDF) smashed the area with air strikes. 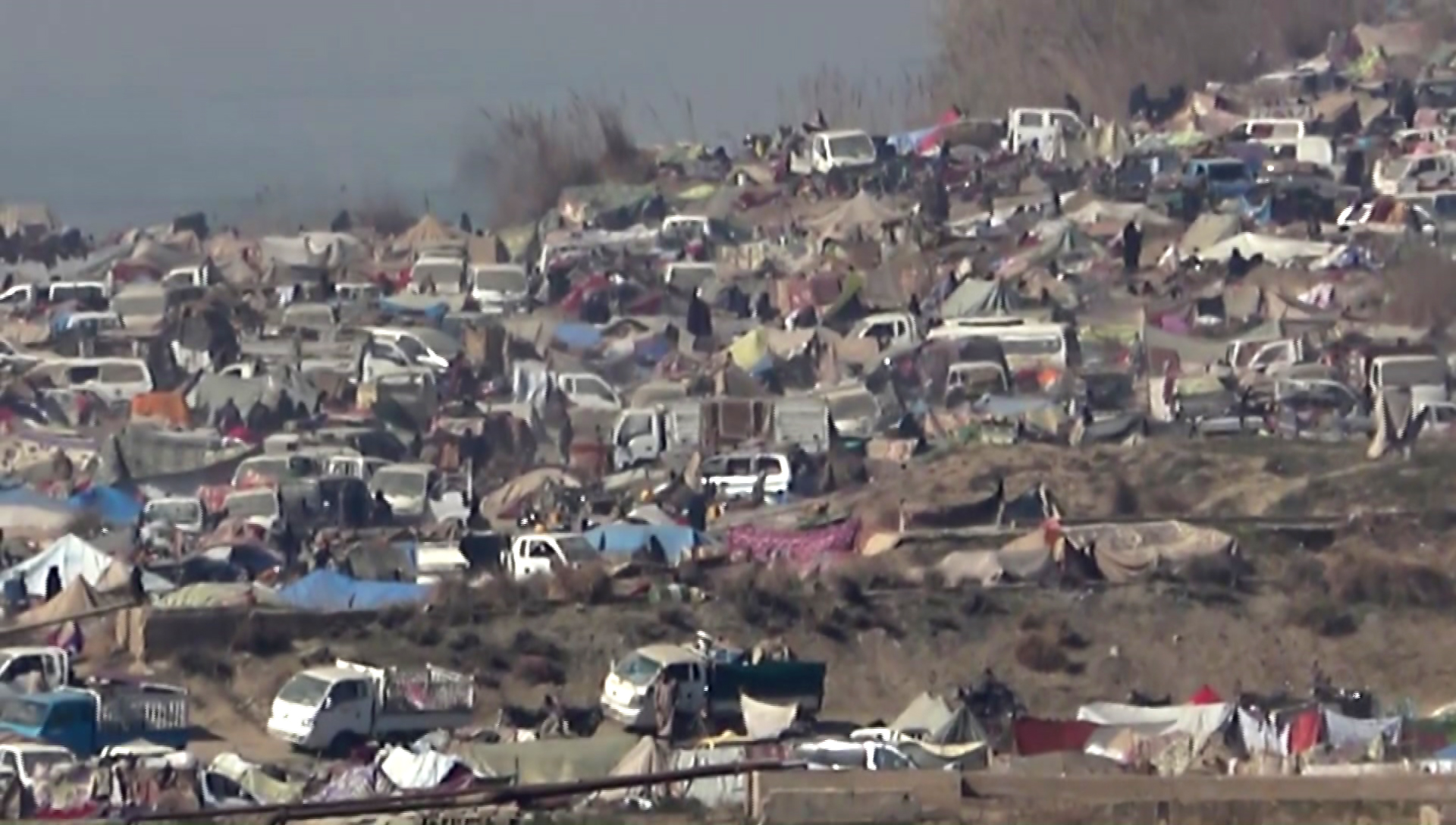 Footage filmed by Sky News shows how SDF soldiers are clearing mines and roadsides bombs in and around the community’s pummelled buildings.

The battle-scarred town, in the north east of the country, is now strewn with bomb-ravaged building and burned out cars.

ISIS brides can clearly be seen walking to and from the vehicles, which have become makeshift homes for those living in what has been called "hell on Earth."

From a hill overlooking the makeshift shanty twoncan be seen spilling outwards, holding families who have run away from places like Raqqa and Mosul.

Bits of tarpaulin between walls are used as tents.

'The last days were horrible,' said Sana, a 47-year-old Finnish woman among the thousands who fled the bastion earlier this week. 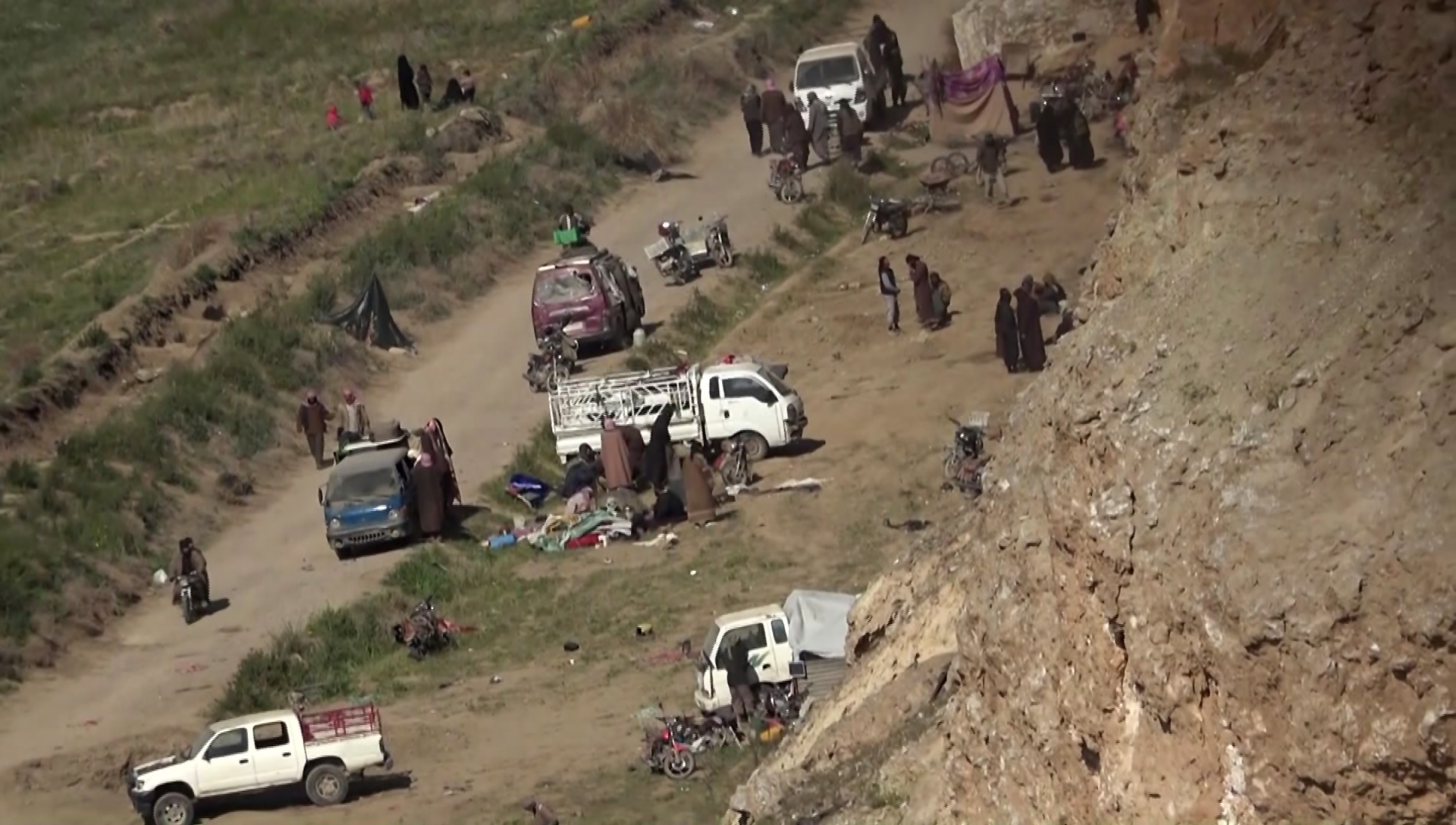 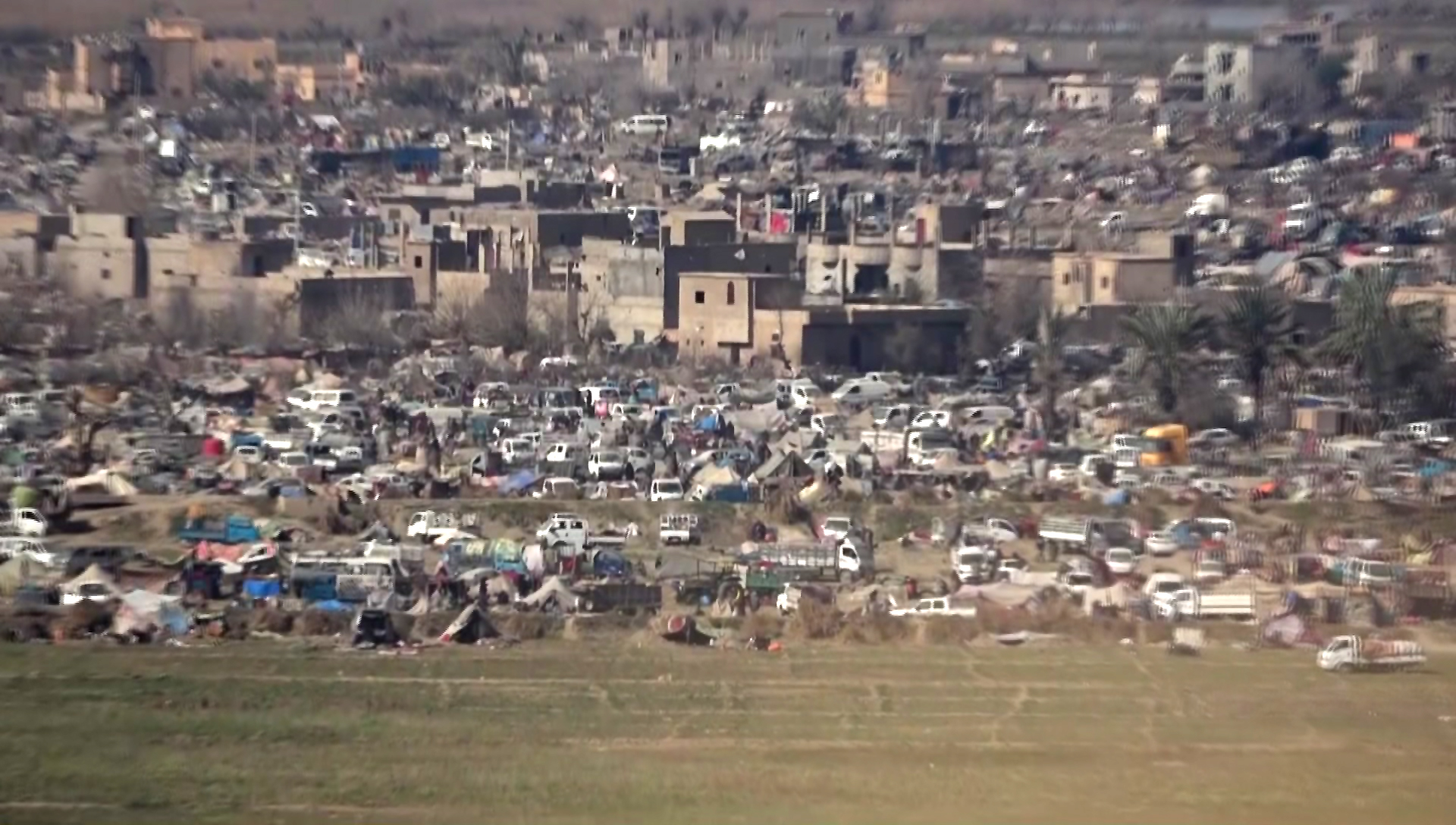 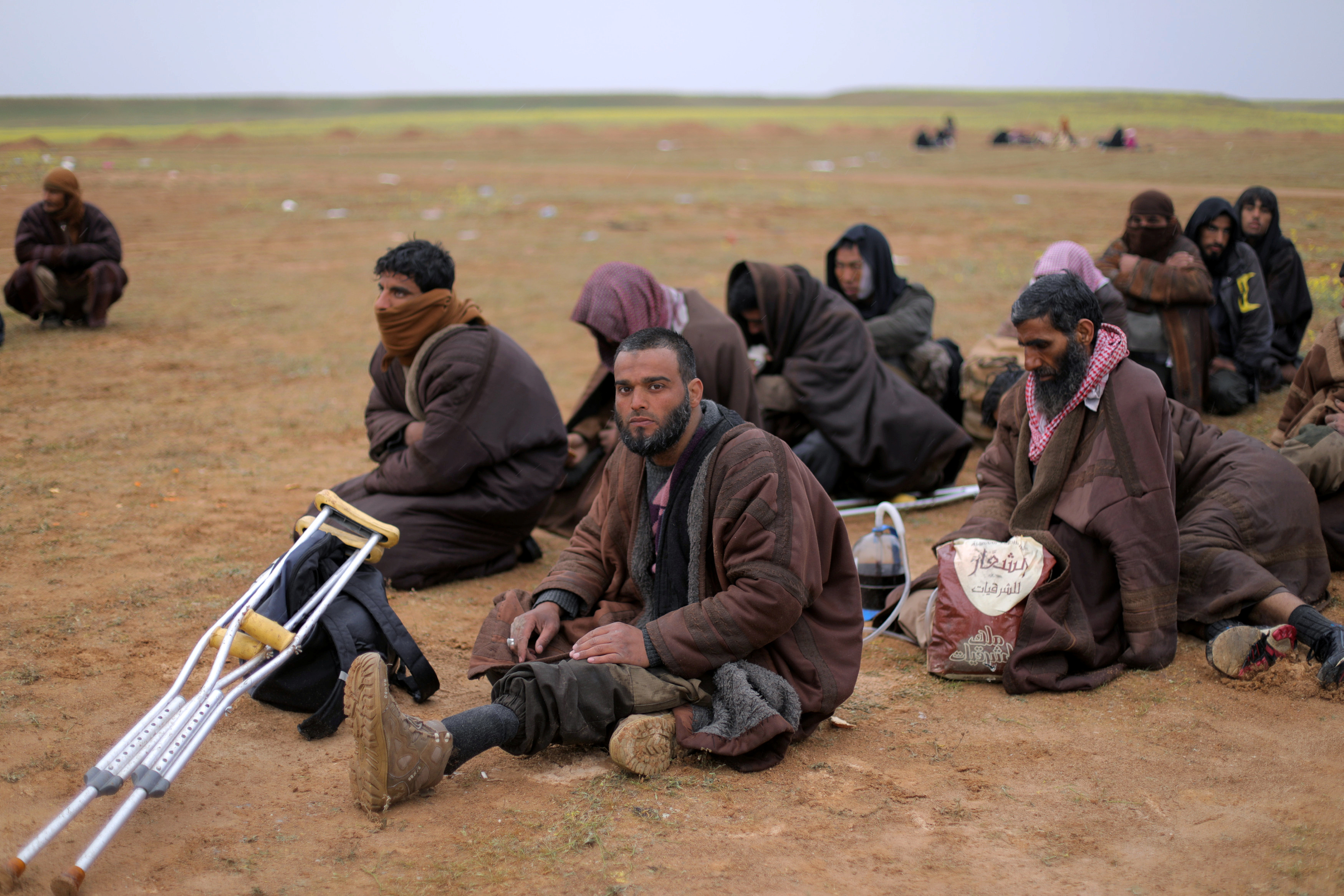 "Bombing, shooting, burning all the tents… you would wake up and everything was destroyed," she said.

Unlike previous days when hundreds of families emerged from the ISIS-held village, the evacuees included dozens of fighting-age men, some of them wounded and limping on crutches days after US-backed forces pounded the area.

Armed coalition fighters encircled the line of men, whose heads were bowed to the ground, to screen them.

Separately, Kurdish fighters of the Syria Democratic Forces searched them for weapons and information.

The men were separated into three groups Syrians, Iraqis and other nationalities.

The SDF has besieged Baghouz since September, but the fight has been slowed because of the enormous number of civilians who have surfaced in the tiny shred of territory on the banks of the Euphrates River.

Indeed, well over 10,000 have filtered out over the past two weeks.

The surrender of dozens of men Thursday could be a sign that the extremist fighters inside are starting to wear down.

But it is not known how many militants remain and SDF officials say they expect there are still hundreds inside vowing to fight. 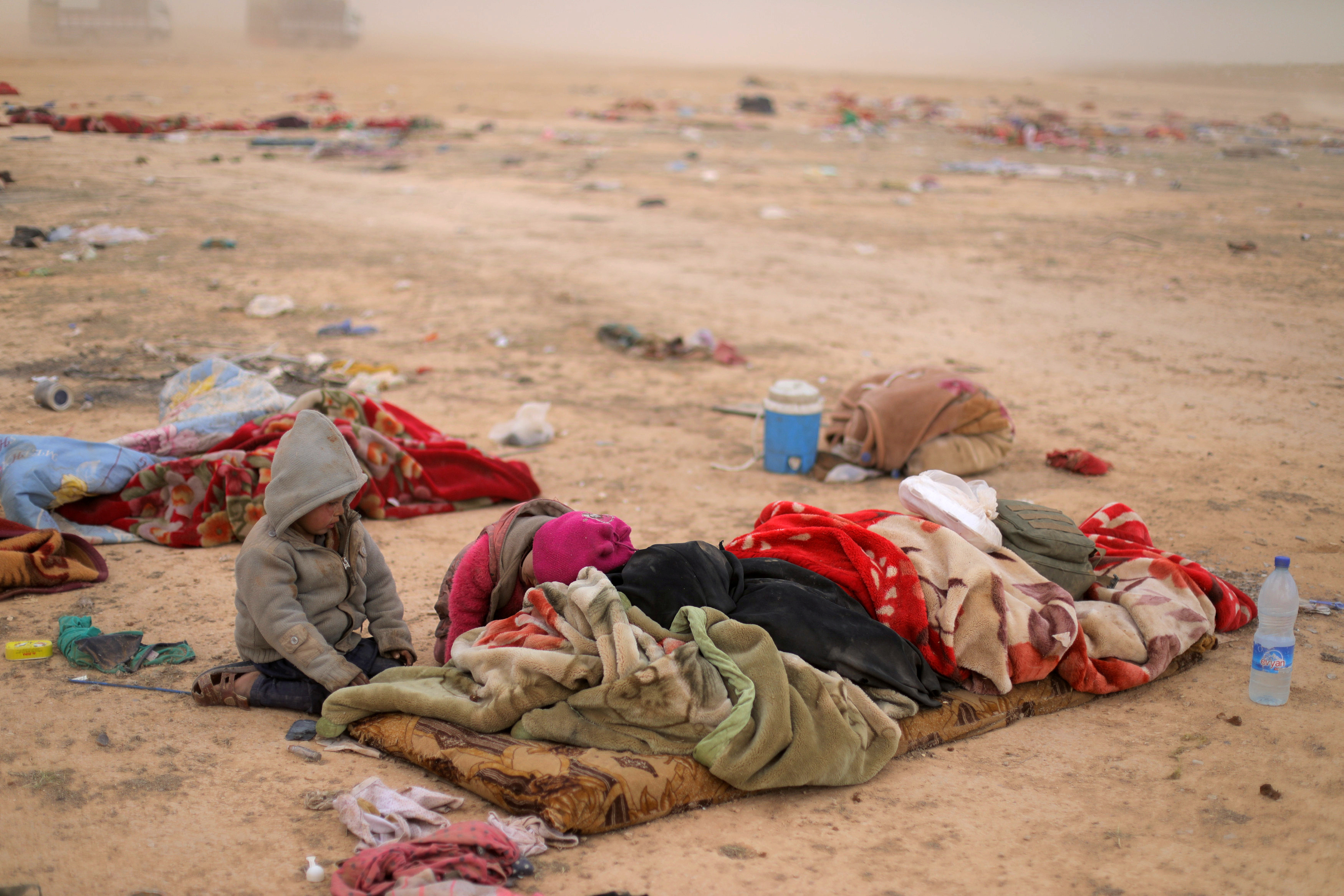 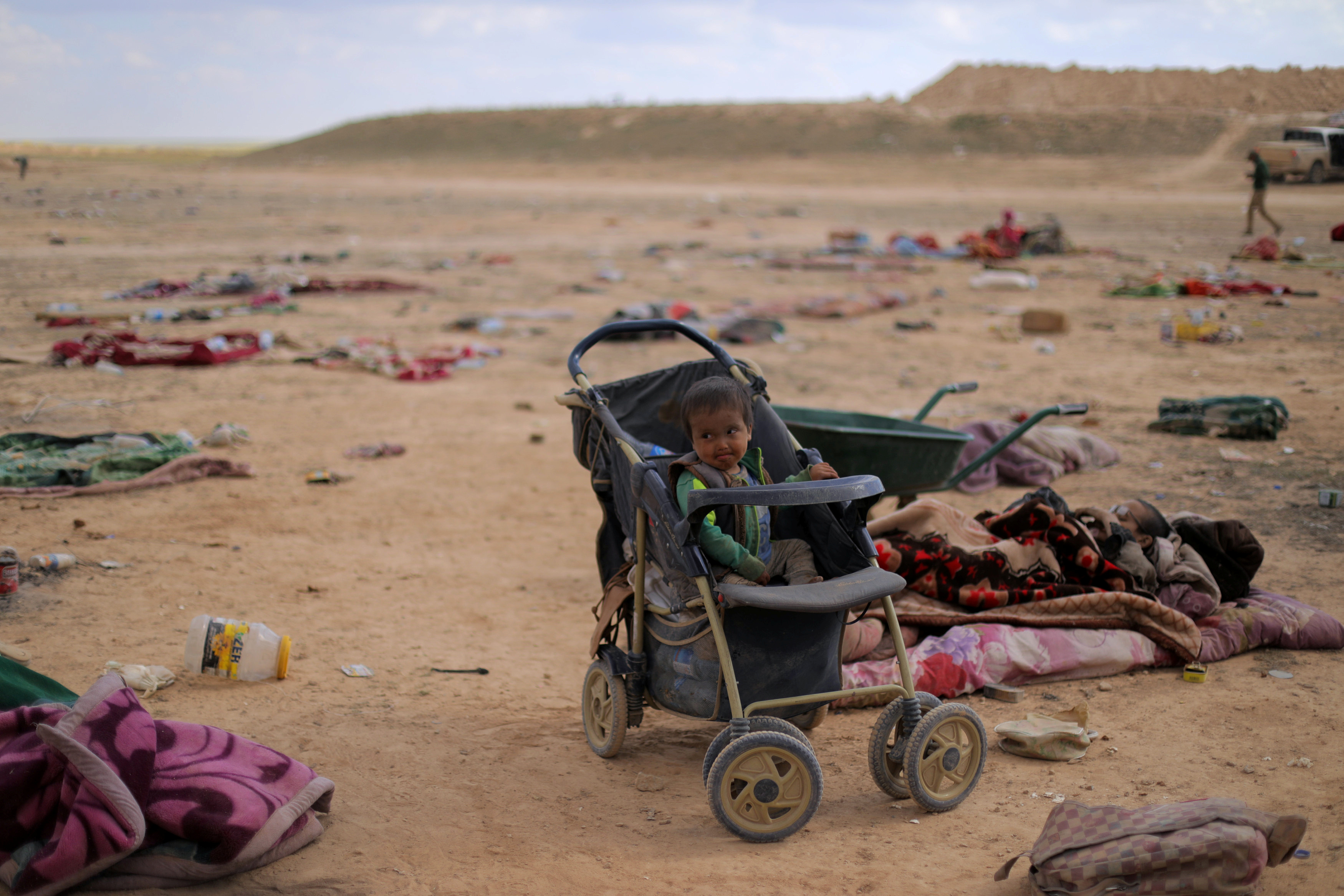 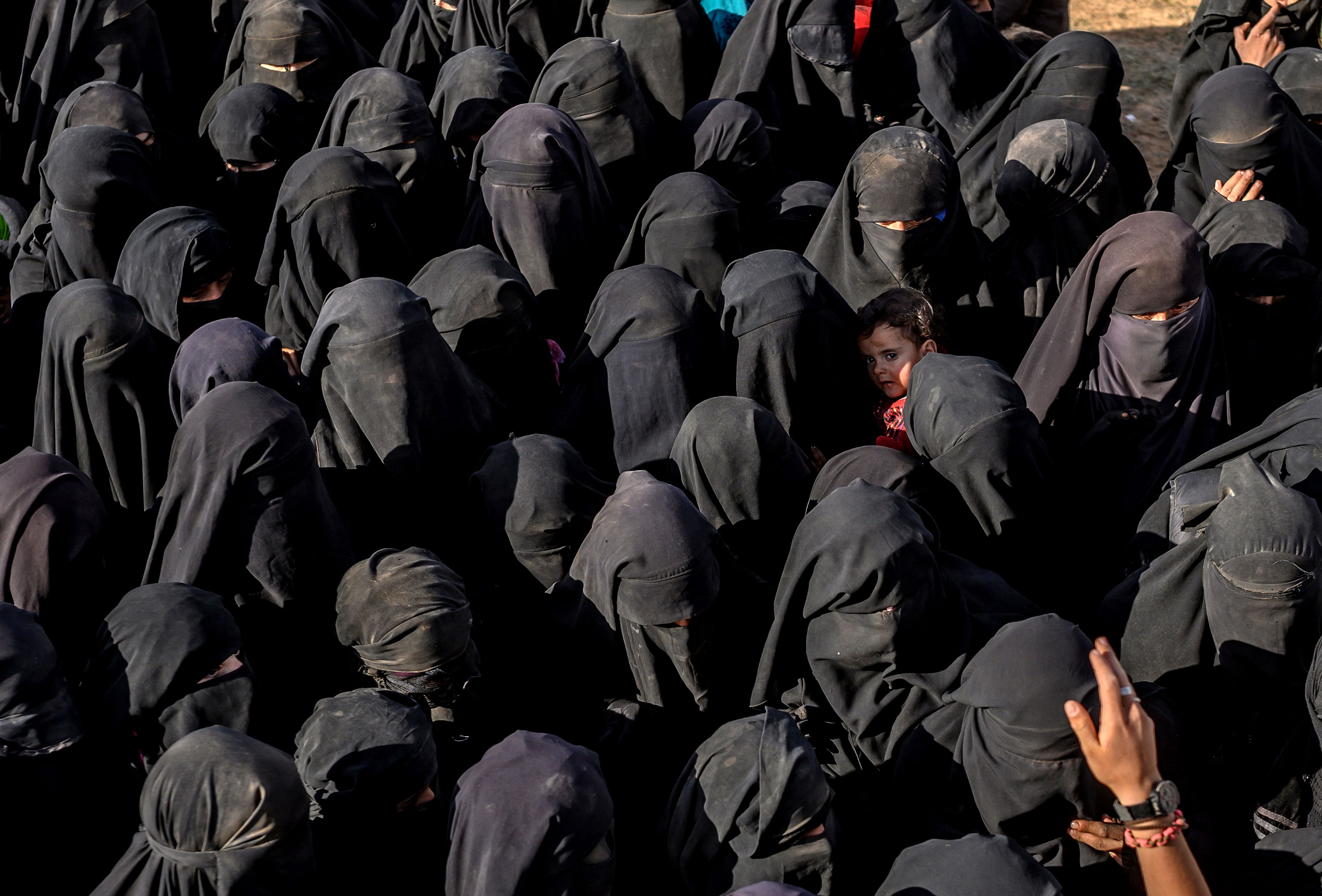 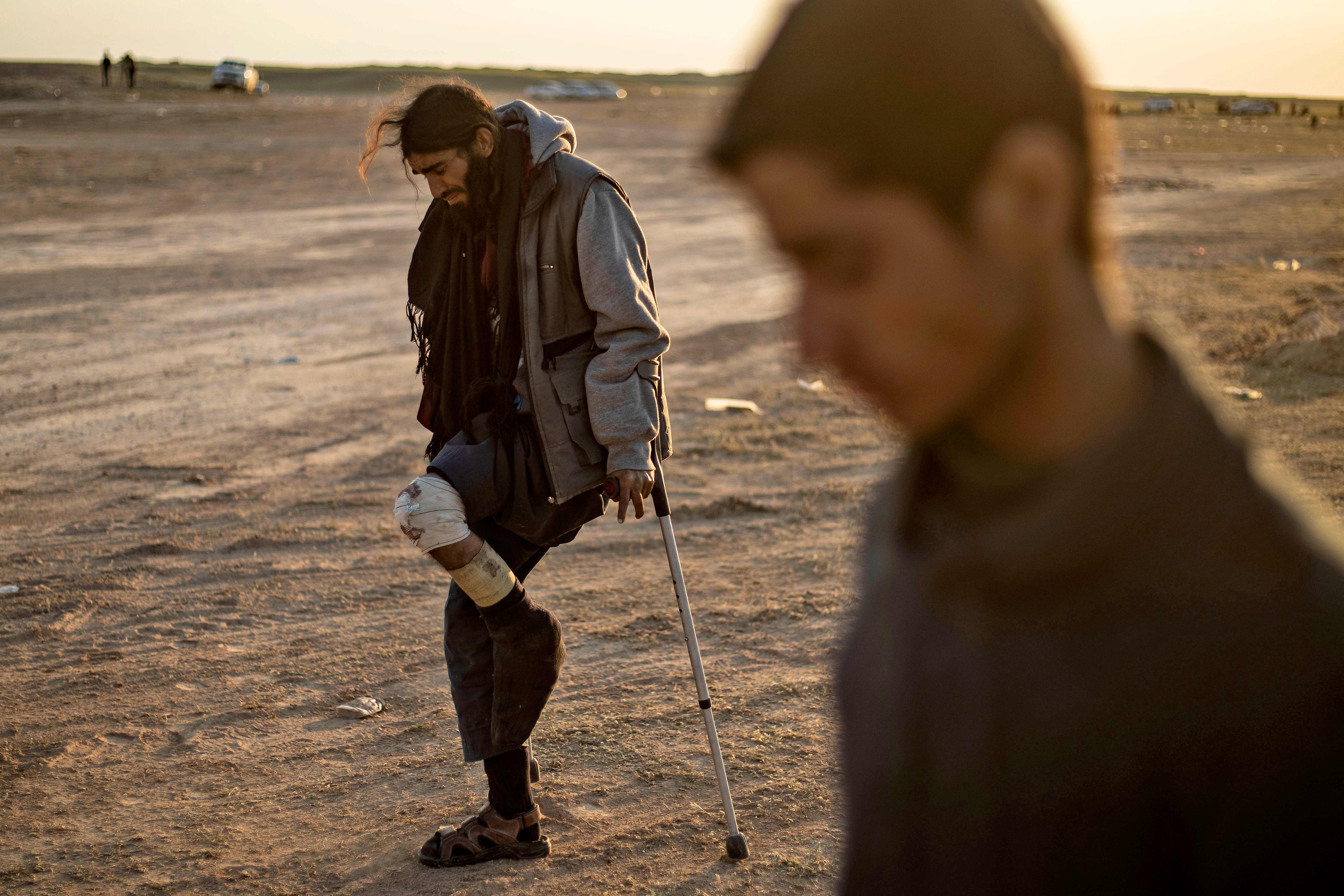