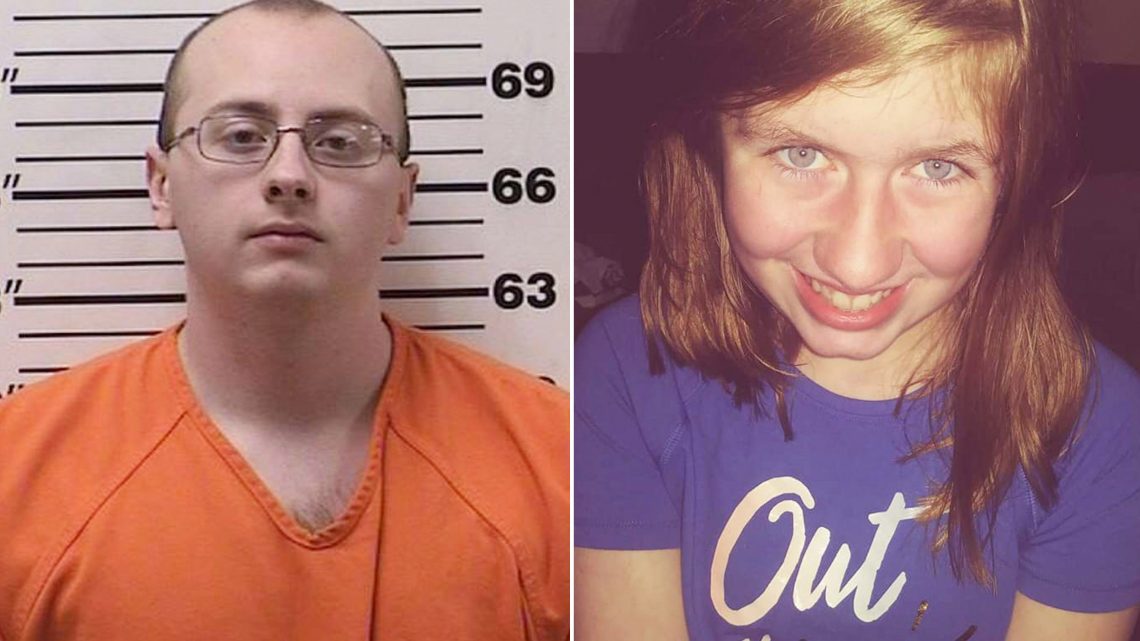 BARRON, Wisc. — He never even knew her name.

Jayme Closs’s accused kidnapper told cops he was driving to his factory job one morning when he spotted the 13-year-old at her bus stop — and that’s when he decided to abduct her.

“The defendant stated, when he saw J.L.C [Jayme], he knew that was the girl he was going to take,’’ explosive new court papers charge.

Suspect Jake Thomas Patterson, 21, “stated he had never met J.L.C. through any social media sites and only learned her name after the abduction and when he got back to his house.’’

But Patterson carefully devised a methodical plot to kidnap the teen — one that would end with her parents being gunned down in cold blood and Jayme held hostage for 88 days until she escaped, the documents said.

The psycho cheese factory worker confessed that at first, Jayme’s dad thought he was a police officer when he skulked up to the house, cops said.

Patterson allegedly fired a single fatal bullet, killing the other man — then immediately went hunting for other victims.

He told cops he found Jayme and her mom sitting in the bathtub, with the mother trying to shield her daughter from the monster with a giant bear hug.

Patterson — dressed from head to toe in black and wearing tactical military boots and carrying a gun and knife — ordered the mom to get off the girl, then bound Jayme with duct tape before turning as she stood next to him and executing her mom, the documents say.

Jayme also “stated she heard a gunshot and knew her father had just been killed,’’ according to the criminal complaint, released just hours before Patterson was set to appear in court for his first hearing Monday afternoon.

The teen finally escaped while Patterson was away from the home.