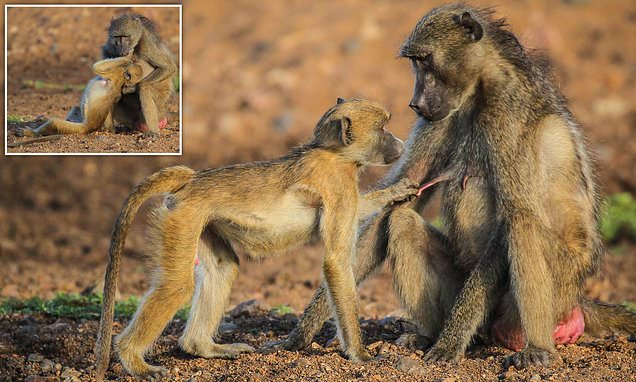 The mother of all nipple twisters! Cheeky baboon appears to painfully grab its parent… then plead for forgiveness

This cheeky monkey is risking the wrath of his mum after giving her a huge nipple twister.

The amusing pictures show the juvenile Chacma baboon pulling the adult’s nipple far from its chest and giving it a big twist before grovelling in front of her and appearing to ask for forgiveness.

The images were captured at the Shingwedzi riverbed in Kruger National Park, South Africa by production manager John Mullineux, 34, from Secunda, South Africa.

‘Chacma baboons are not the prettiest of animals, however, they make up for it with personality,’ he said.

‘There is always some grooming or play-fighting or mating or jumping in trees to watch. In between these more regular activities there are sometimes moments of humour or excitement, in this case a bit of both.

‘Most people either laugh or coyly try hiding their amusement. While a baboon can pull on a nipple in the open view of its group, I’m not sure we can.’ 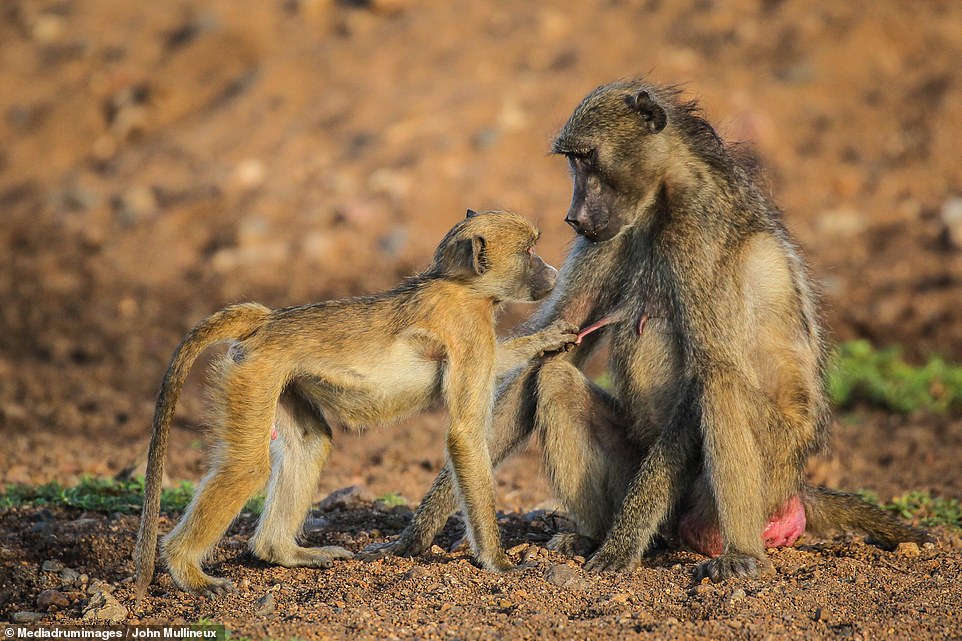 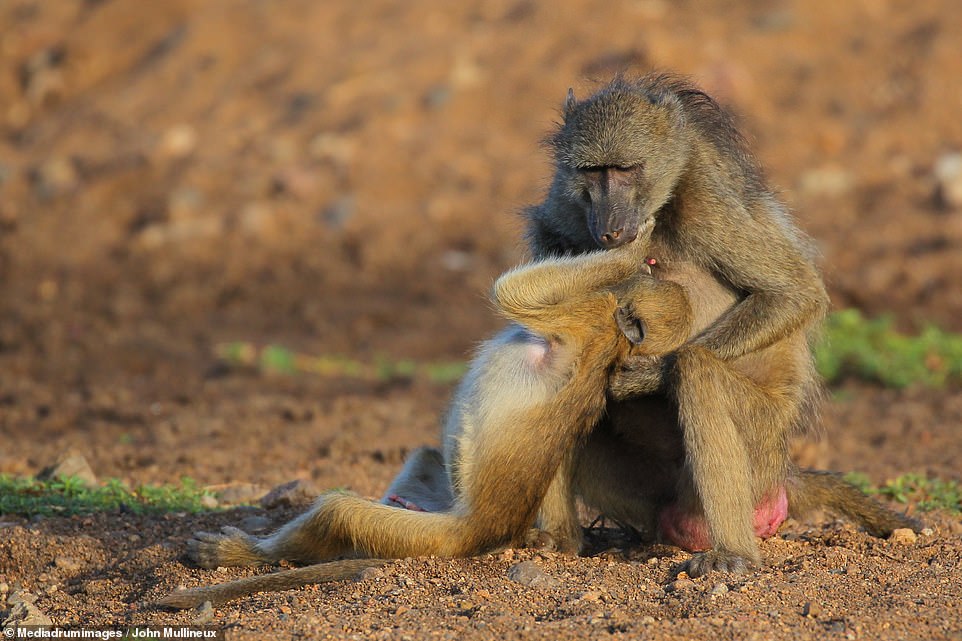 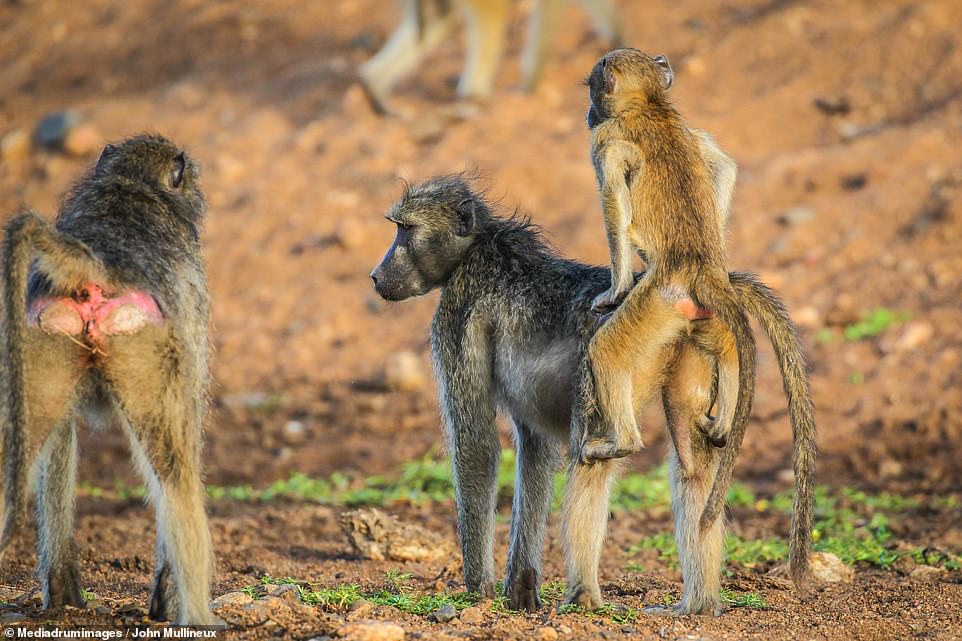