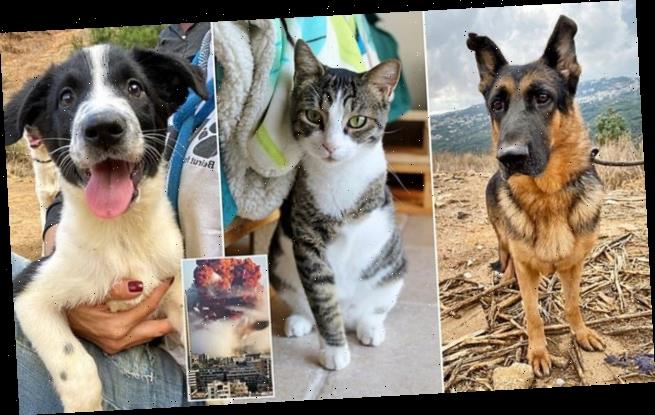 A charity caring for lost and abandoned pets in the wake of Beirut’s devastating port explosion is facing eviction from the sanctuary where it shelters hundreds of rescued animals.

Its volunteers also provide food and medical care to huge numbers of stray animals roaming the streets of the crisis-hit Lebanese capital. 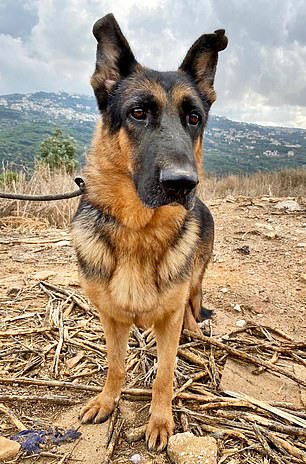 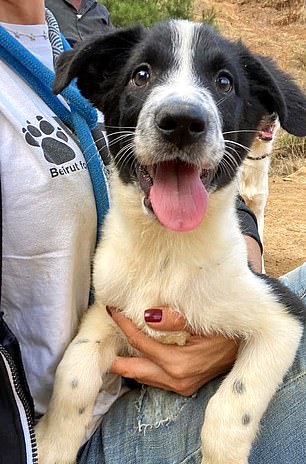 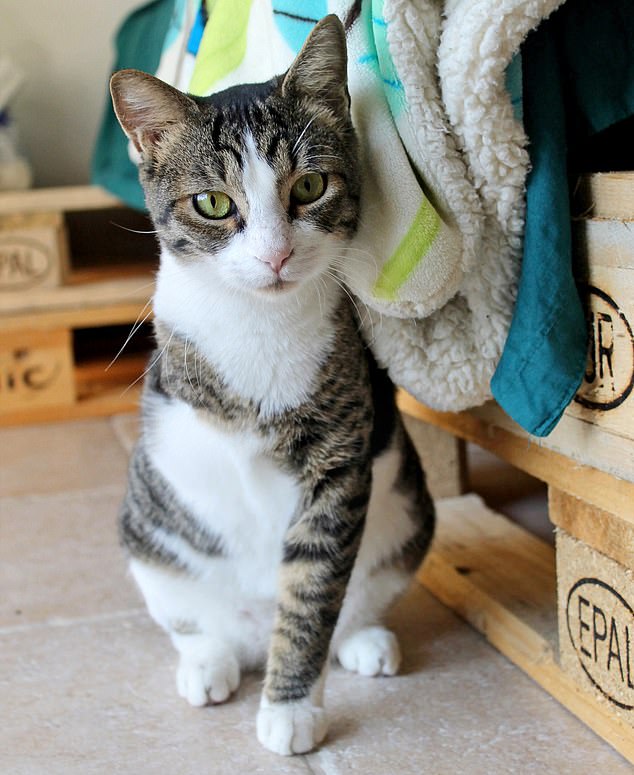 Three-legged Tango, who is less than two years old, is an easy-going, chill and patient cat who gets along very well with cats and can also thrive in a house with dogs, BETA said

On August 4, Beirut was crippled by a huge blast when 2,700 tons of combustible chemicals stored at its port exploded.

About 200 people were killed and thousands more injured or made homeless.

BETA has issued an urgent appeal for donations to complete a new rescue centre.

John Barrett, 71, a British expat from Hook, Hampshire, who runs the charity, said £150,000 was desperately needed to rehouse the rescue dogs, cats and other animals before Christmas.

‘We need a serious injection of funds to survive,’ he added. ‘We only have about ten per cent of our target so far, but if we secure enough money we can move the animals next month and finish our new shelter by mid-January.’

For more than a decade, an Armenian businessman allowed BETA to operate their current shelter rent-free from his disused farm near Beirut. But in 2017 he gave them just three months to vacate. 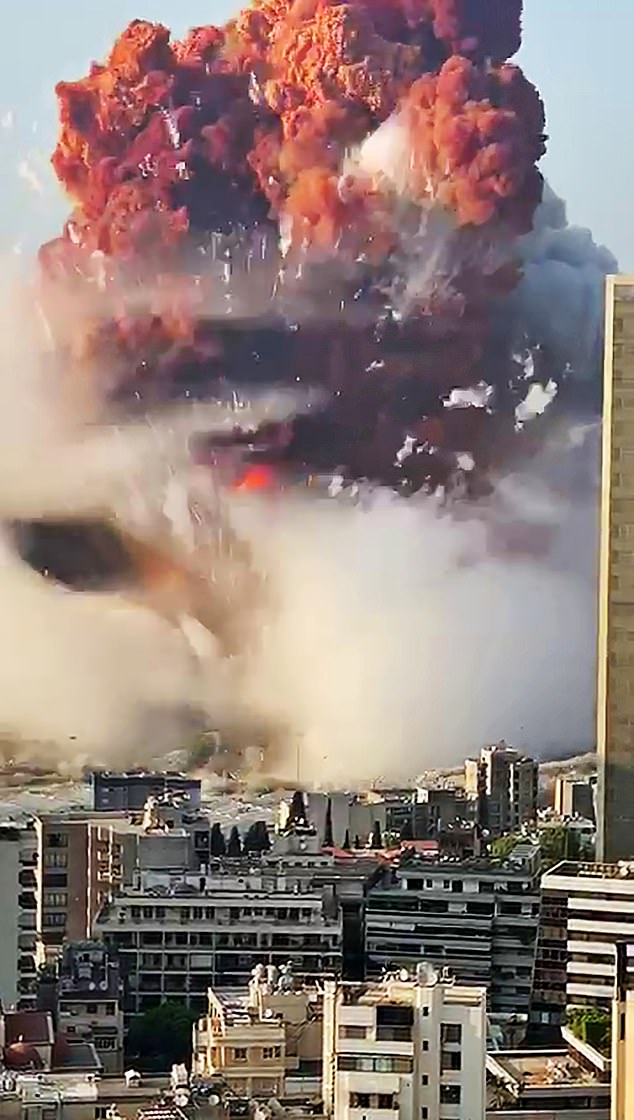 On August 4, Beirut was crippled by a huge blast when 2,700 tons of combustible chemicals stored at its port exploded (pictured). About 200 people were killed and thousands more injured or made homeless

Helena Husseini, the charity’s Lebanese vice-president, said: ‘We managed to delay the eviction but then [the owner] took us to court. We lost the case last year and were due to appeal in October but then the courts closed due to the pandemic.’

The charity found a new site in the mountains south of Beirut, but work was only 40 per cent completed when Lebanon plunged into its worst financial crisis in 30 years, forcing costs to soar. BETA estimates there are 150,000 stray dogs and cats in Lebanon.

Mr Barrett, an insurance executive who has lived in Beirut for 20 years, said: ‘We’re also seeing large numbers of abandoned pets, especially since the pandemic, the financial crisis and the port explosion, which means that people cannot afford to look after them.’

BETA has a staff of six and relies on volunteers and international donations. It needs $200,000 (£150,000) to complete its new solar-powered shelter, which will have a vet clinic and stables.

In a direct appeal to MoS readers, Ms Husseini said: ‘Our country is a living tragedy, but unfortunately animals often come last.

‘Your help is fundamental to these animals’ future.’