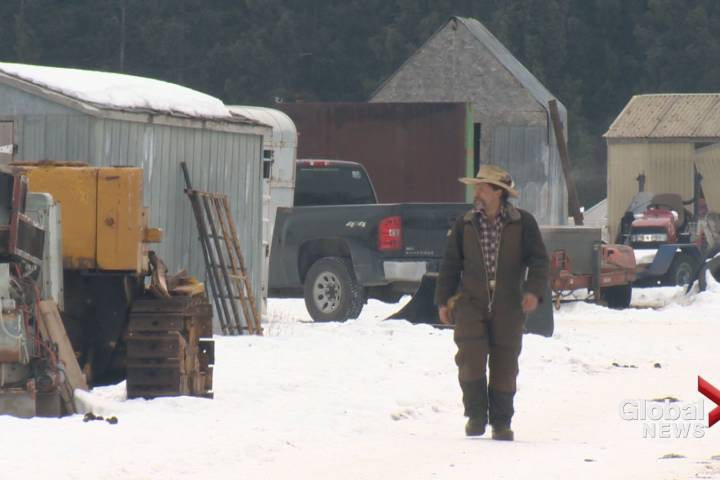 Charges dropped against Calgary man who had dozens of animals, guns seized from rural property

A court has dropped charges against a Calgary man who was accused of numerous weapons offences last year after a days-long, multi-police force search and massive animal seizure from a rural property outside the city.

Calgary police, the Calgary Humane Society and the Tsuut’ina Nation Police Service were involved in what started as an animal cruelty investigation at the property in January 2018.

In the end, 40 animals in distress were seized from the property, along with several weapons, and Fred Brokop was charged with 15 weapons-related offences as well as breach of a court order.

The weapons charges were related to the improper storage of firearms, police said at the time.

Brokop, who previously pleaded guilty to causing an animal distress in February 2017, had been given a 10-year prohibition from owning animals. He told Global News at the time that none of the animals on the property belonged to him.