The Victorian government agency in charge of the shuttered Central Pier at Docklands knew for almost a year that the 100-year-old structure was at "extreme" risk of collapse before it shut it down abruptly one evening, giving diners at its function centres just 15 minutes to finish their meals.

Documents obtained by The Age from Federal Court proceedings show Development Victoria knew 10 months before the shutdown on August 28, 2019, that the pier risked "catastrophic failure", but delayed acting in an apparent attempt to avoid spending tens of millions of dollars on repairs and compensation payments to businesses. 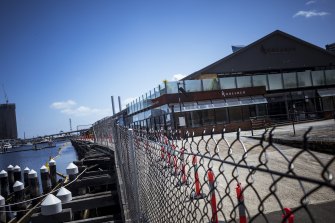 The closure of the pier sparked the evacuation of hundreds of people, shutting down a string of hospitality and tourism businesses including major tenant Atlantic Group, which employed more than 1300 staff at its stable of restaurant and bar venues.

The Federal Court documents are part of a statement of claim filed by the businesses who are now suing Development Victoria. The agency says they do not represent an agreed chronology, are not complete, and concern matters that are in dispute.

The records show Development Victoria had been warned as early as 2011 that the pier was considered a "high" risk. The cost to keep it operational to 2026 was estimated to be at least $25 million.

Then, in 2017 and 2018, engineers and construction experts updated their advice, telling the agency that past repairs had been “grossly incomplete” and it was likely only a “complete rebuild” could bring the pier up to safety standards. This put the cost at about $50 million.

In October 2018, 10 months before access to the structure was suddenly closed down, Development Victoria general manager Simon Wilson told his agency's senior management and board that, “The previous 'high' risk has been increased to extreme".

"The impact of failure is now in the extreme category as the structure continues to deteriorate despite rectification works,” he wrote in an email.

A month later, engineering firm KBR — which had been responsible for monitoring the structure since at least 2013 — sent an explicit warning to Development Victoria about the immediacy of the threat.

“We take the unusual step of writing to you to express our serious concerns in relation to the continued use of parts of Central Pier despite our engineering advice that those parts of the Pier should have restricted access pending remedial works,” the firm wrote in November 2018.

“Due to the deterioration of the structural integrity of the pier, there is a significantly heightened risk to users including the general public from a catastrophic failure.”

The letter warned that Central Pier’s condition was comparable to a jetty in Western Australia, which “experienced a failure exactly of this nature” in a collapse that injured an 11-year-old boy and two others just a month earlier.

For nine months after that warning, the hospitality businesses, including venues that could hold up to 3400 patrons, were allowed to continue operating on the pier. They say they were not alerted to the danger. 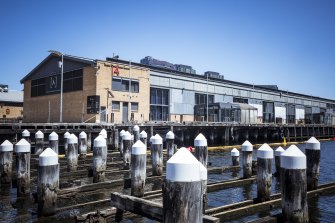 Development Victoria's response was to commission minor repair works on parts of the pier and to instruct contractor KBR to inspect it every two months beginning in November 2018.

KBR ultimately forced Development Victoria to order the evacuation on August 28, 2019 when it said it was "an unacceptable risk to life" and refused to send its own staff to conduct further inspections.

“Based on the condition of the sub-structure and the rapid deterioration that we have witnessed to date, our view is that occupation of Central Pier is no longer sustainable," a letter from KBR said.

Development Victoria ordered the evacuation and closure that night, acting on what it said was urgent new information. The public and businesses were told the future of the precinct would depend on the outcome of a comprehensive 15-week engineering assessment.

“The impact that the emergency closure has had on the hundreds of Victorians who worked on Central Pier has been devastating.”

The pier has never reopened. In January 2020, the agency announced the damage was so extensive it would be demolished.

Former tenants Alumbra, Austage Events, the Atlantic Group and the head tenant, Central Pier Pty Ltd, have now taken the matter to court, where each of them is seeking compensation for the shutdown and losses for the six years remaining on their lease.

Material tendered to the court also show Development Victoria chose to repeatedly veto or downgrade repair works because they were deemed too expensive but chose to keep secret the fact that the pier's lifespan was limited.

“[T]o further reduce the repair and maintenance costs it is proposed to amend the design life scope of remedial works from 2026 to 2020. The rationale being that any maintenance works undertaken that maintains the structure beyond 2020 is unnecessary and are arguably abortive costs that need not be incurred,” an internal memo from December 2015 said.

“If the work is not undertaken, the structure is at risk of collapse with resultant potential injury or death,” Development Victoria informed the Department of Economic Development in a 2018 email.

A proposal to demolish and rebuild the pier, at a cost of $180 million, would mean it could accommodate a four-storey commercial development where “value creation and capture opportunities” would offset the pier replacement costs. It was apparently considering launching a “market proposal” in conjunction with the AFL and City of Melbourne.

However, the existing tenants made that difficult, the documents show.

“A lease is in place with an organisation that has indicated it may resist termination and/or seek compensation. Negotiations with the lessee may be accompanied by significant publicity and political pressure,” the email said.

Development Victoria had the option of terminating Atlantic Group’s lease without paying compensation provided it offered 24 months notice, but it did not act. Instead, the agency claimed, just before shutting down the pier, that Atlantic Group had technically breached a number of minor provisions in its lease agreement. This meant it was not eligible for compensation after the closure.

“The impact that the emergency closure has had on the hundreds of Victorians who worked on Central Pier has been devastating,” Atlantic Group chief executive Hatem Saleh said.

“The entire hospitality industry is doing it tough and my heart goes out to my friends and colleagues who are struggling, we're just hopeful that we can find a fair and reasonable resolution and get our people back to work.”

The Group Head of Precincts at Development Victoria, Geoff Ward, said his organisation had undertaken inspections, investigations and monitoring across the pier since 2013, which had led to some areas of the pier being subject to restricted access.

"Since 2017, we have invested more than $7 million on rectification works on the Pier, and engineers have inspected the structure every two months since 2018."

The engineering reports in late 2019 had "indicated a level of deterioration that occurred rapidly" and they made the decision to close it in the interests of public safety, he said. "As this matter is subject to proceedings in the Federal Court, it would be inappropriate to comment further," Mr Ward said.

The circumstances of the decline and closure of Central Pier – and what Development Victoria and the state government knew about the risk – could also become the subject of a parliamentary inquiry proposed by Reason Party’s Fiona Patten.

“I’m concerned which is why I put up a motion to undertake a short and sharp inquiry to really get to the bottom of it,” Ms Patten told The Age.

“In a COVID year when businesses have been doing it so tough, we want to see the government has got small businesses’ backs. This is not how I would show that.”