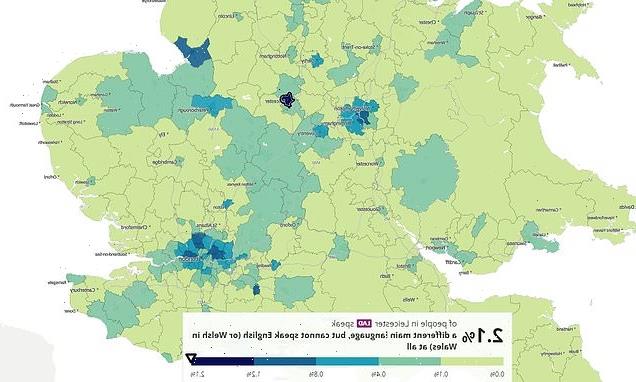 The neighbourhoods where more than 10% don’t speak English: Census figures reveal 160,000 people in England and Wales lack basic language skills – as Romanian enters the top 10 for the first time

More than a tenth of residents in some neighbourhoods of England and Wales do not speak English, according to census figures.

The huge snapshot of the population, taken last year, reveals that more than a million people lack basic language skills.

The overall proportion without English in Leicester is 2.1 per cent, but in areas of the city it is 15 per cent.

There are similar levels in parts of Aldershot, while in Birmingham postcodes it was up to 8 per cent.

Nearly a quarter of residents in areas of Boston, Lincolnshire, reported not being able to speak English well.

The details emerged as Romanian moved into the top 10 main languages for the first time. 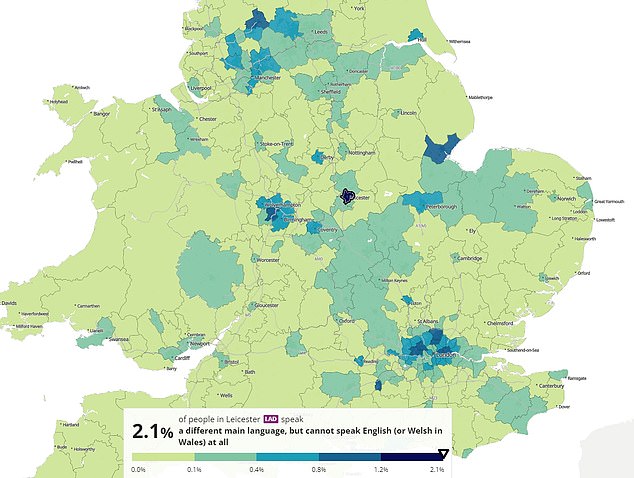 In areas of Leicester the proportion without English is around 15 per cent – with the overall rate in the city 2.1 per cent 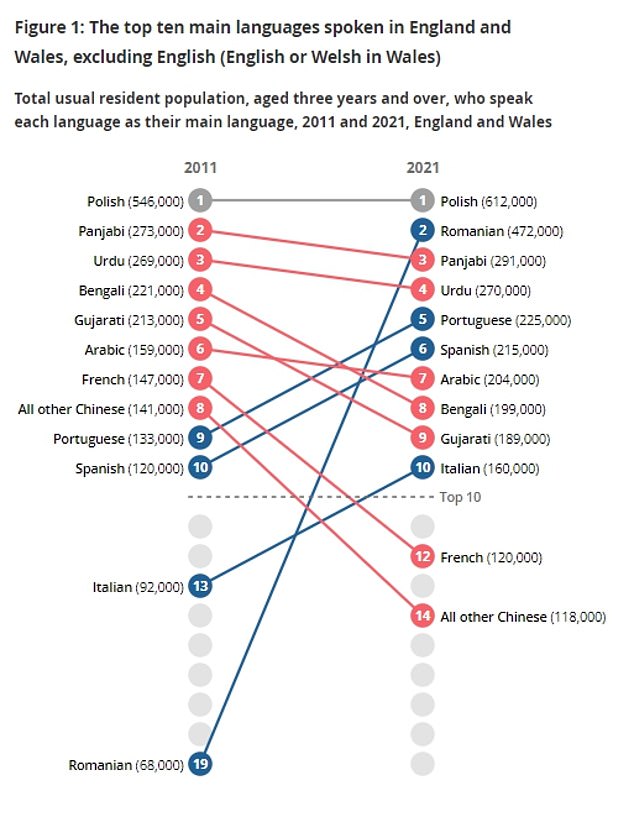 Romanian has become the third most common main language in England and Wales, the figures showed.

This mirrors a rise in the number of residents who listed Romania as their country of birth, and in those who chose only a Romanian national identity, the ONS said.

Successive governments have tried to tighten the rules on migrants to the UK knowing English.

Everyone under 65 applying for residency or citizenship must prove they have the language, although those from many former territories and the Commonwealth are exempt.

The 5.1million people who reported English was not their main language were asked to describe their level of proficiency.

For households that did not have English as a main language, assistance was provided through interpreters, and translation leaflets were available in over 50 languages.

Leicester MP Claudia Webbe tweeted: ‘The ethnic, language and religious diversity of Leicester is our strength and something to be celebrated.

‘We are the city where our minorities make up the majority. That is what makes Leicester so special, and we are richer for our vibrant exchange of cultures.’

The 2021 census found 81.7 per cent (48.7 million) of the population of England and Wales identified as white.

London remains the most ethnically diverse region of England, with 36.8 per cent of people identifying as ‘white English, Welsh, Scottish, Northern Irish or British’, down from 44.9 per cent in 2011.

However, levels of proficiency were higher in the capital than many other areas.