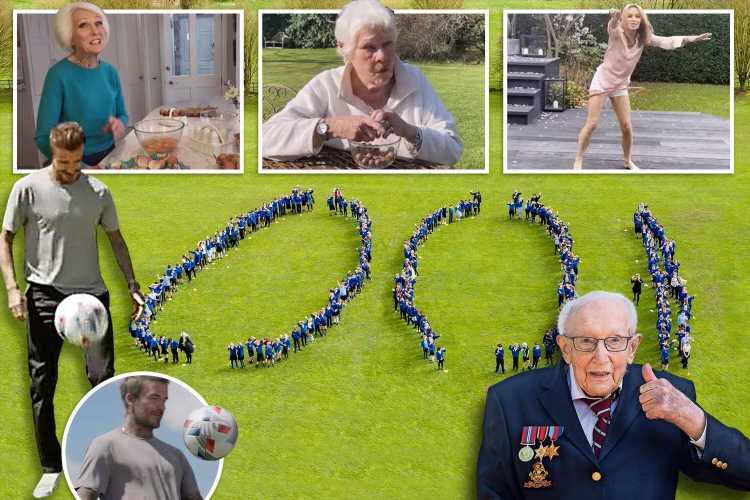 A HOST of celebrities including David Beckham, Dame Judi Dench and Mary Berry have done tasks 100 times to mark what would have been Captain Sir Tom Moore’s 101st birthday.

The famous faces are joining thousands around the world by taking part in the Captain Tom 100 charity event this weekend. 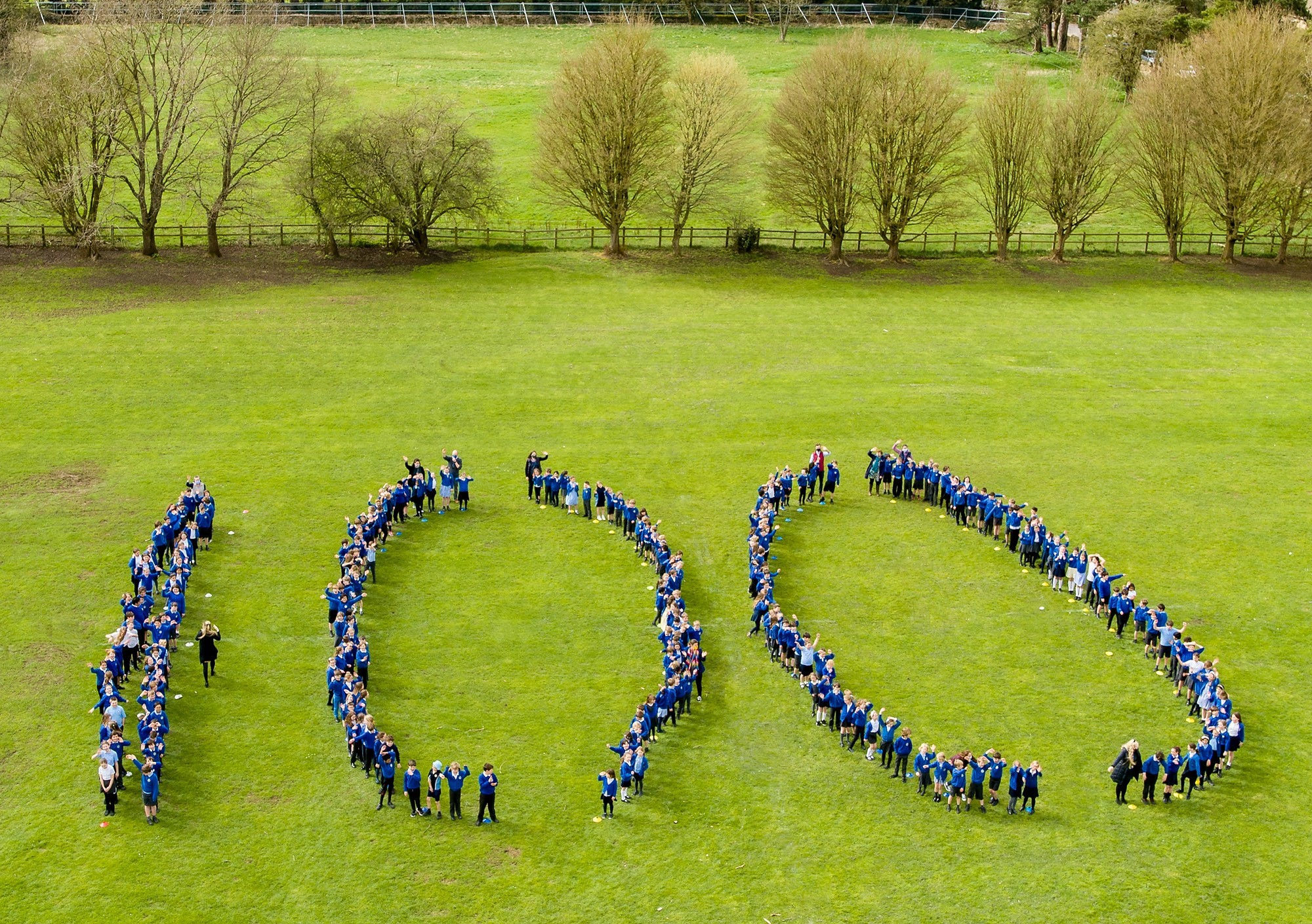 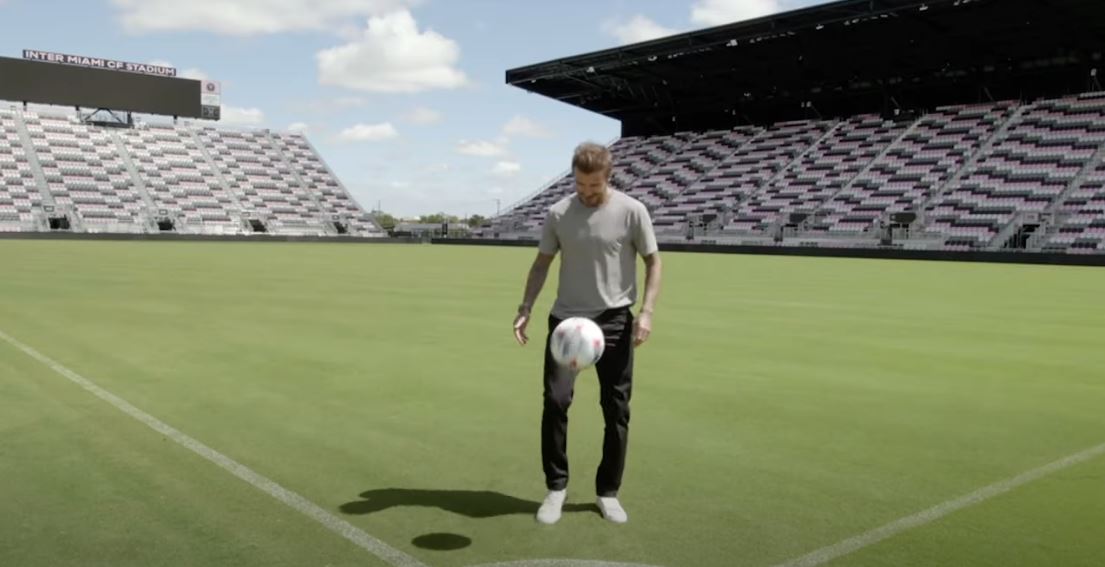 Olympic heroine Jessica Ennis-Hill did 100 jumps on a pogo stick and Paralympian Ellie Simmonds is swimming 100 lengths of her local pool.

They are all raising money for the Captain Tom Foundation charity, set up as a legacy for the Covid hero who last year raised an astonishing £39million for NHS charities after doing 100 laps of his garden in Bedfordshire on a walking frame as he approached his 100th birthday.

Anyone can join in and undertake 100 of anything to raise money for charity.

Dame Judi said: “Captain Tom inspired us all and I was delighted to do my bit in his memory — by eating 100 Maltesers! I hope everyone has as much fun doing their challenges as I did.”

Jessica added: “It’s such a great way to raise money for good causes and is so accessible for everyone.” 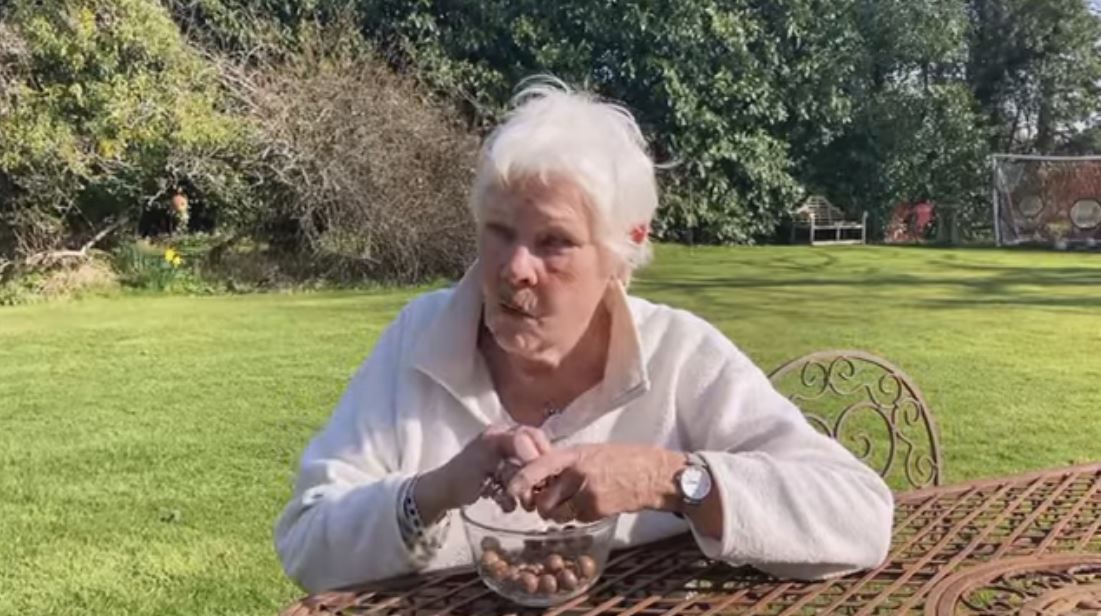 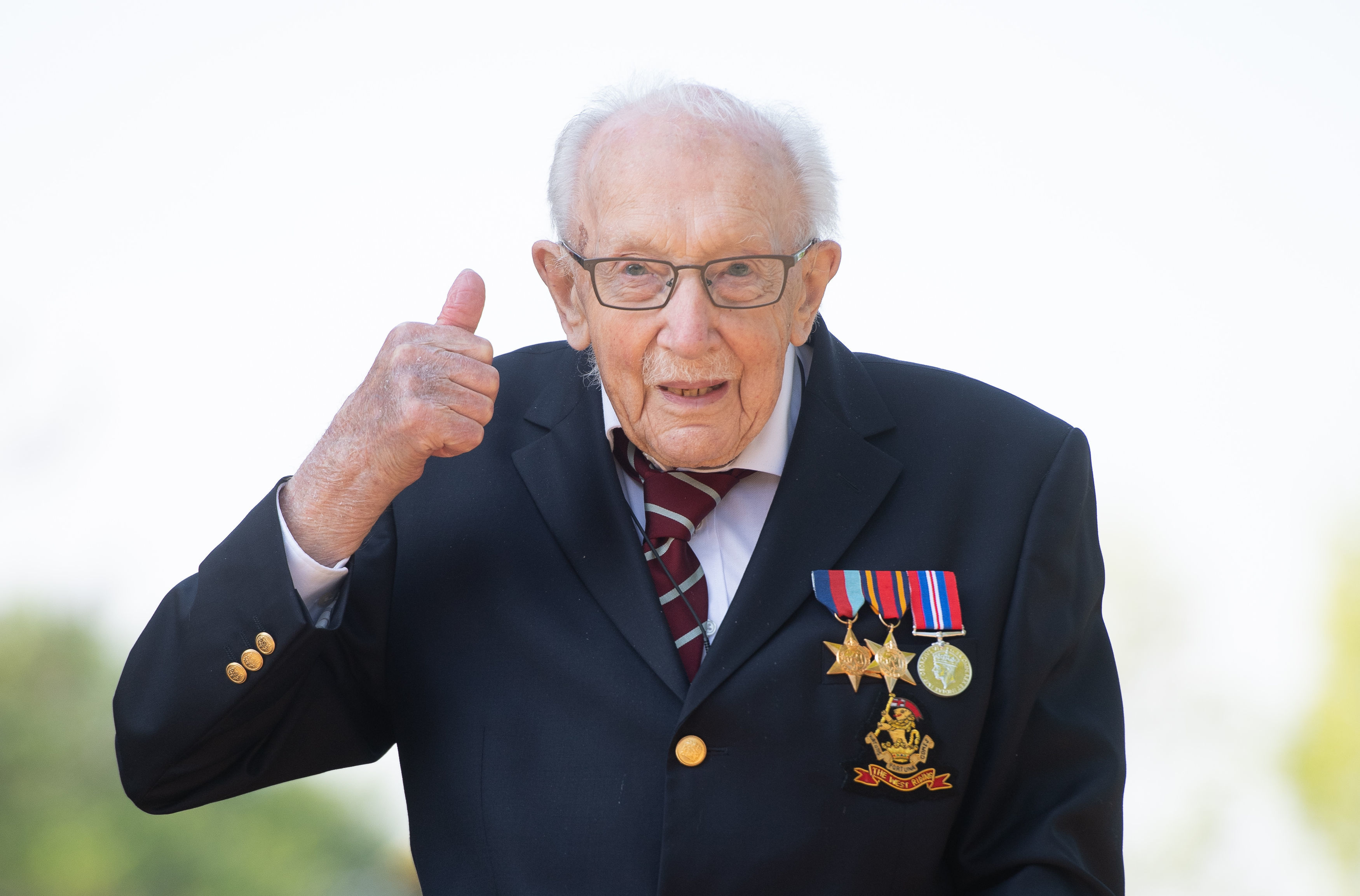 Captain Tom’s family are encouraging as many people as possible to sign up to Captain Tom 100 to raise money for his foundation or a charity of their choice between today, which would have been his 101st birthday, and Bank Holiday Monday.

Great Western Railway is sending the Captain Tom Centennial, an Intercity express train, on an epic 1,500-mile journey across its network, stopping at 100 stations in just over 40 hours.

F1 team Williams Racing is aiming to complete 100 pit stops over the course of the Portuguese Grand Prix weekend to raise money. And brave Lewis Whele, five, from Coggeshall, Essex, who has cerebral palsy, aims to walk 100 steps without using his sticks.

Meanwhile, mum Angela Reid and daughter Charlotte will walk 100 lengths of Sidmouth seafront, Devon. Charlotte, 21, will take part in her wheelchair, but is hoping to take a few steps along the way to raise money for Brain Tumour Research. 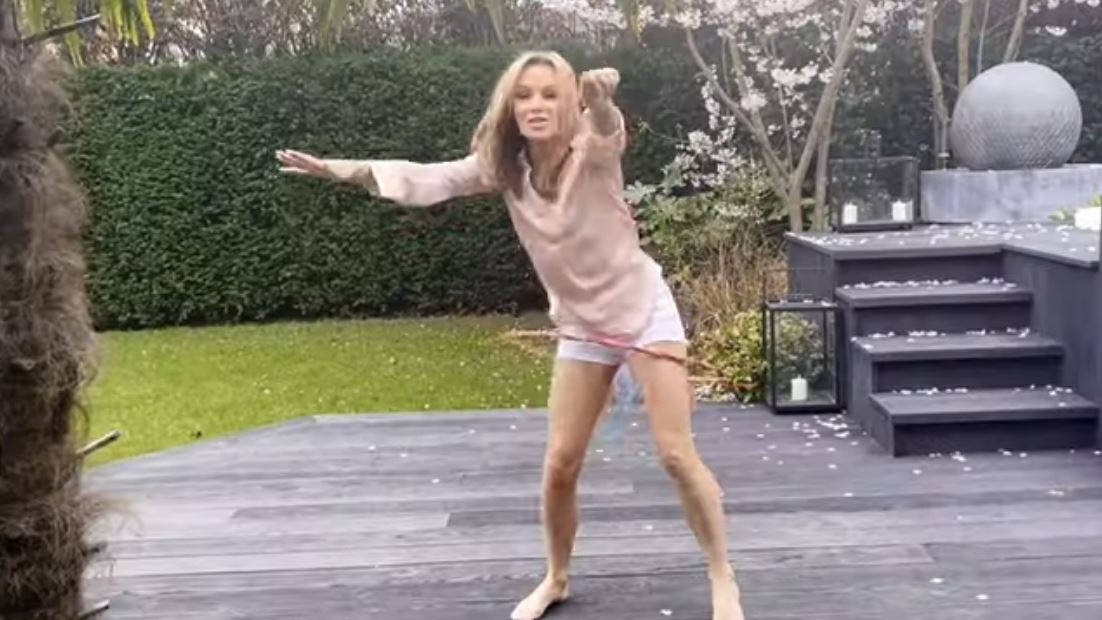 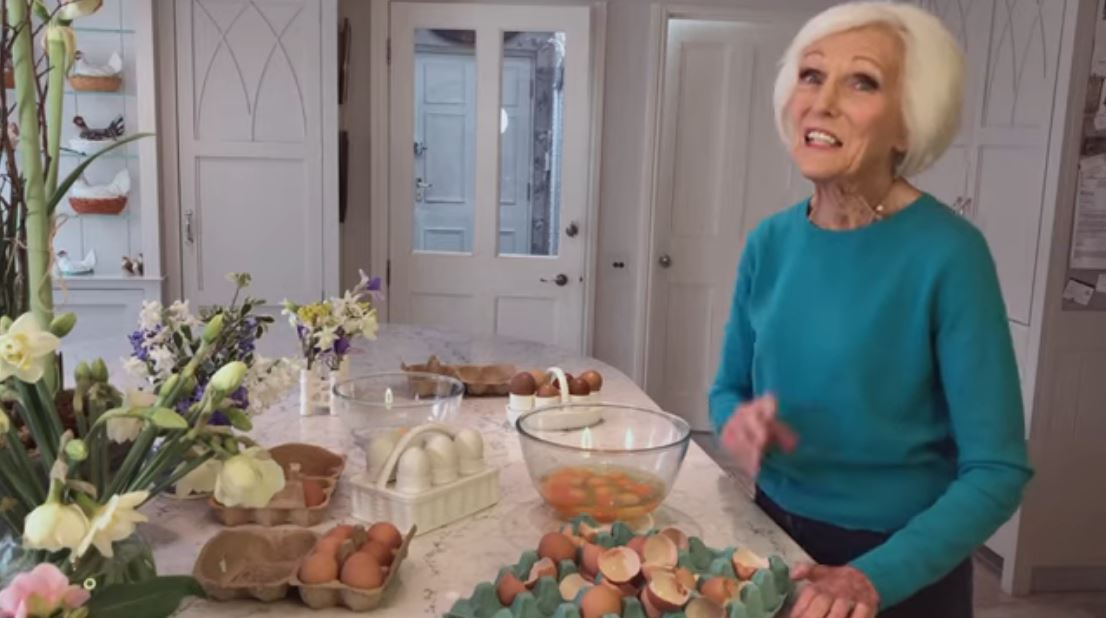 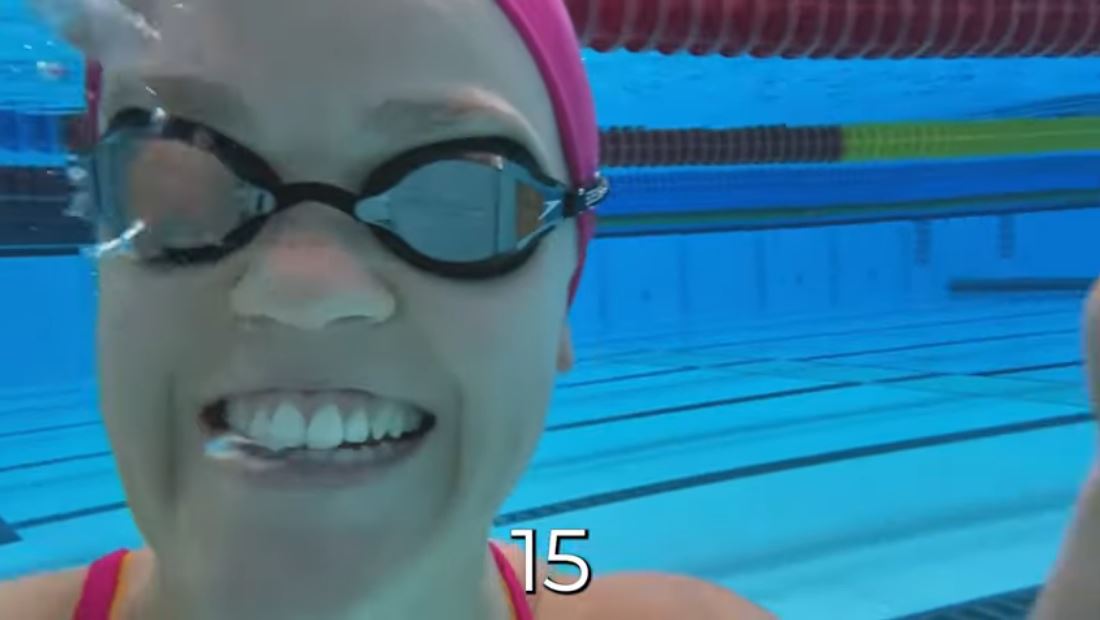 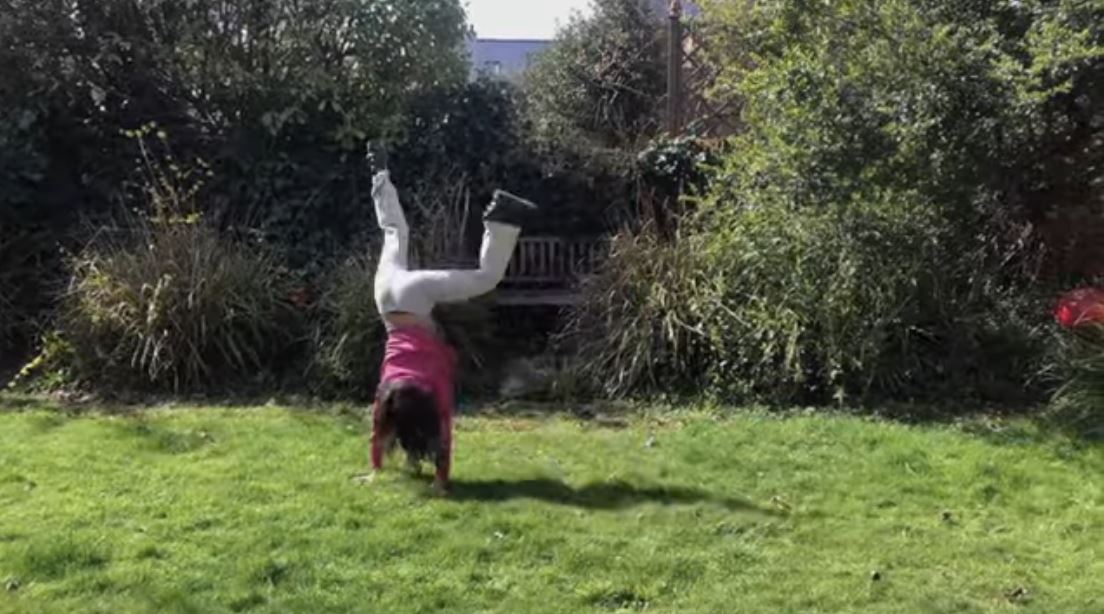 HE MADE US PROUD AGAIN

CAPTAIN Tom’s daughter Hannah Ingram-Moore, along with his grandkids Benjie and Georgia, will recreate his famous walk, writes Mike Ridley.

They will complete 100 laps of the garden in Marston Moretaine, Beds, where the war veteran completed his walk on his 100th birthday last year. 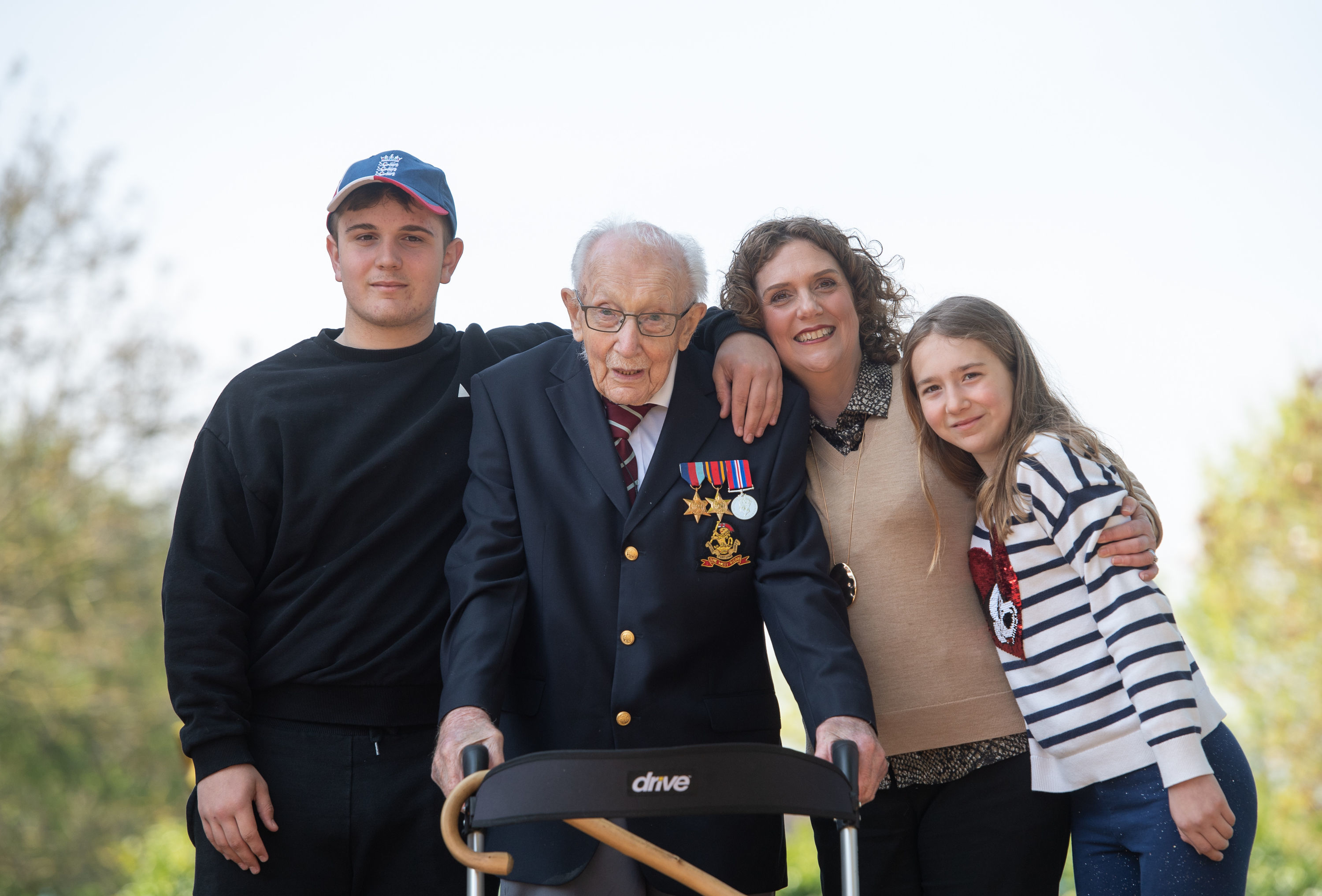 “When we were talking about his 101st birthday he absolutely believed he would still be here for it.

“He thought he would come out of hospital. He would say to the nurses, ‘I’ll be back out fundraising. We have got a party to organise, this big celebration ­— I’ll be back’.

“I didn’t manage it because it was difficult getting outside. Even when we were in hospital at the end, he asked me, ‘Have you placed that bet yet?’

“It is probably my deepest regret that he isn’t here, but I can’t do anything to change that. What we can do is deliver something really sensational on his birthday.” 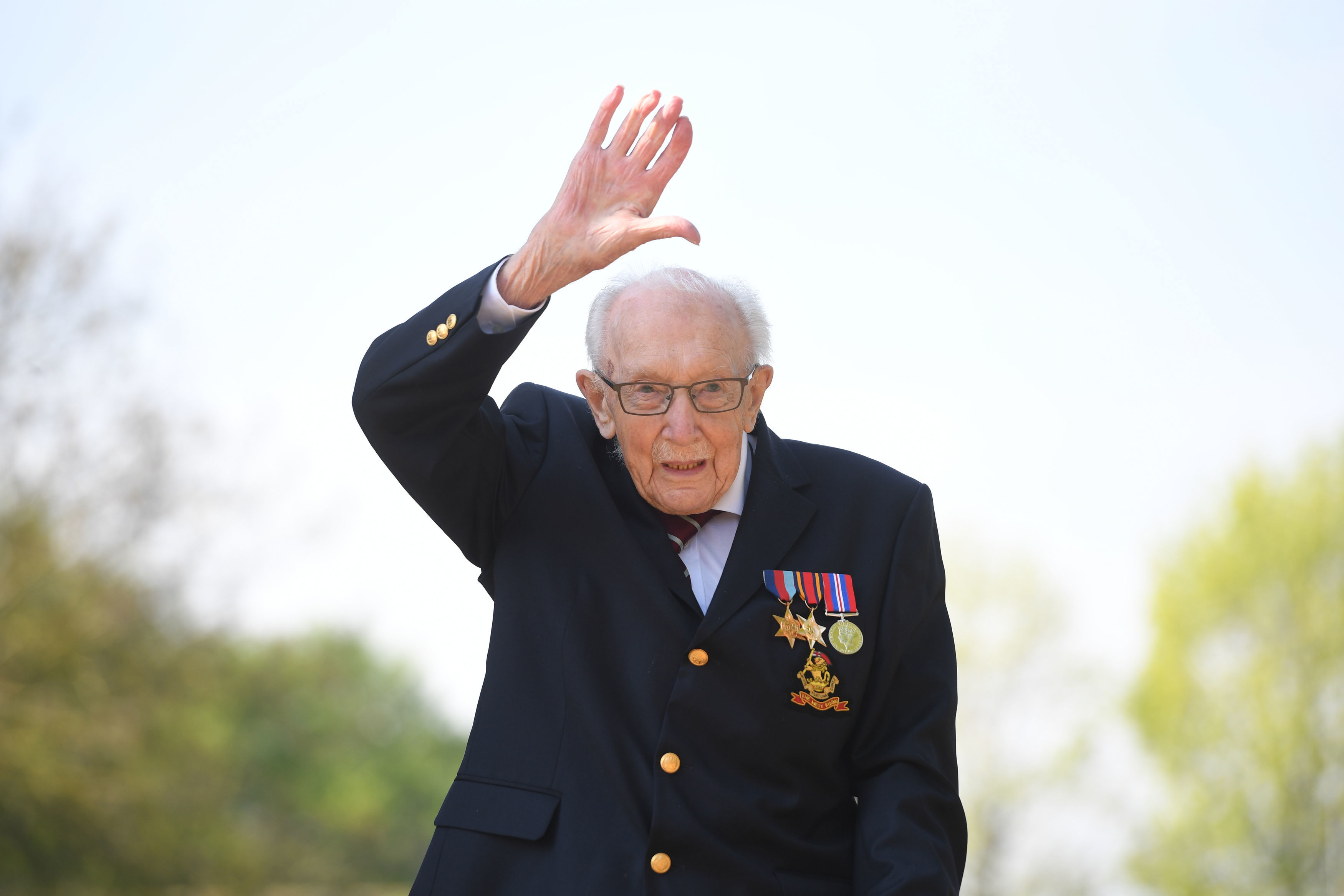 Sitting on the patio Captain Tom made world famous, reminders of him are everywhere.

A metal bench made in his honour, one of his wheeled walking frames, Grandpa’s fixing shed Benjie and Georgia talked about at his funeral and the running machine he had ordered on his iPad.

Hannah says: “We still have lots of Cadbury’s chocolate bars he snuck away and, to the children’s delight, bottles of Coke, Sprite and Fanta.”

More than 500 letters a week still arrive, although some are now addressed to Hannah, Captain Tom’s daughter, England.

As we chat, Hannah reveals that the man known to the world as Captain Tom was reluctant to use his military title.

She says: “When I was writing a press release, I said, ‘By the way, we will have to call you Captain.

He said, ‘You can’t call me Captain, I’m retired’.

“Captain Tom was a man who could talk to the world because he was 100 years old and a veteran. 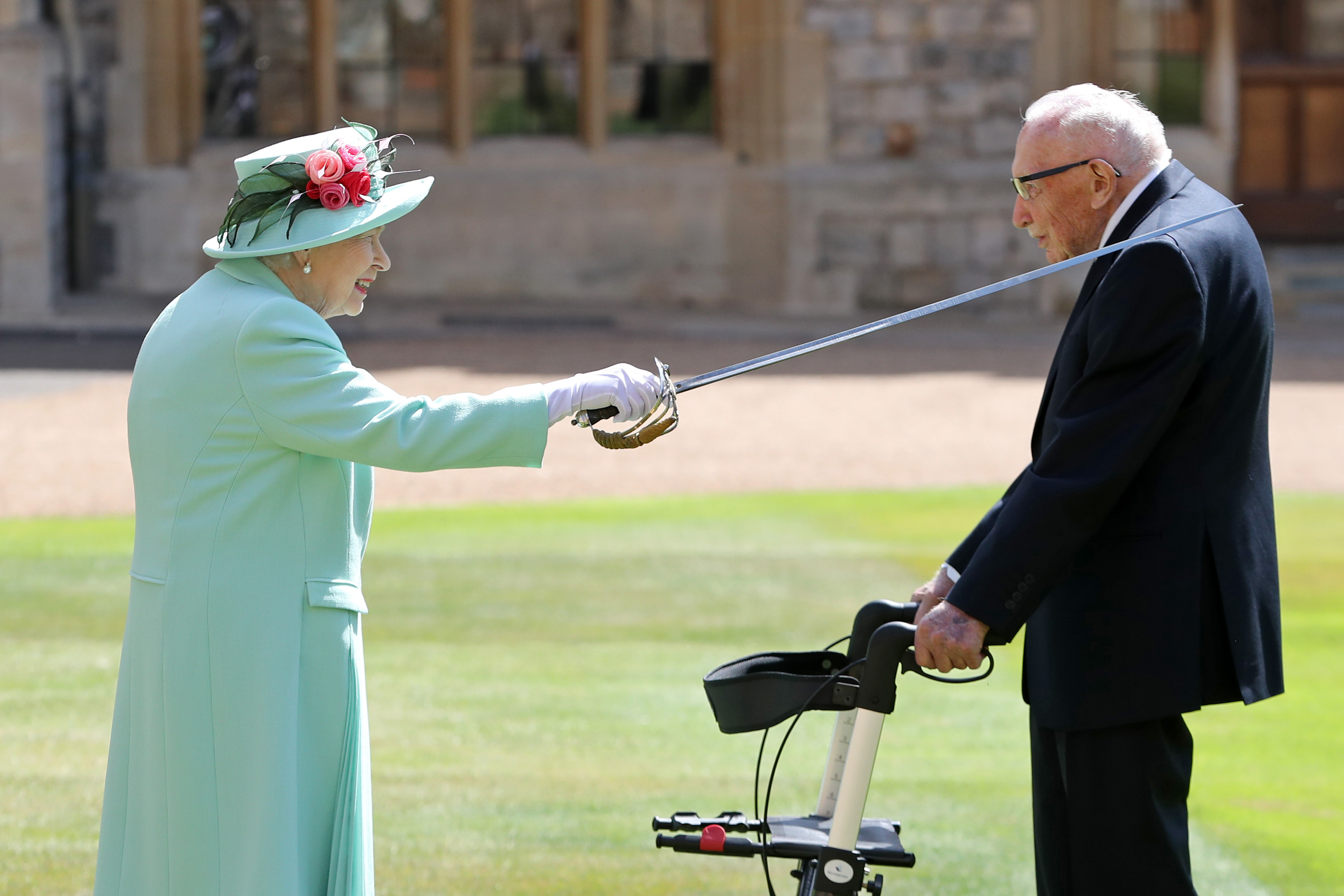 “His uncle was a comedian, so he had funny bones, but he also had a connection to humanity because he was soulful and kind. He believed in the fundamental goodness of the human spirit.

“When we took him out, people would hand him their babies. They just wanted to get close. When I closed his bank account, people were crying, ‘Oh, it is so sad, Captain Tom’. 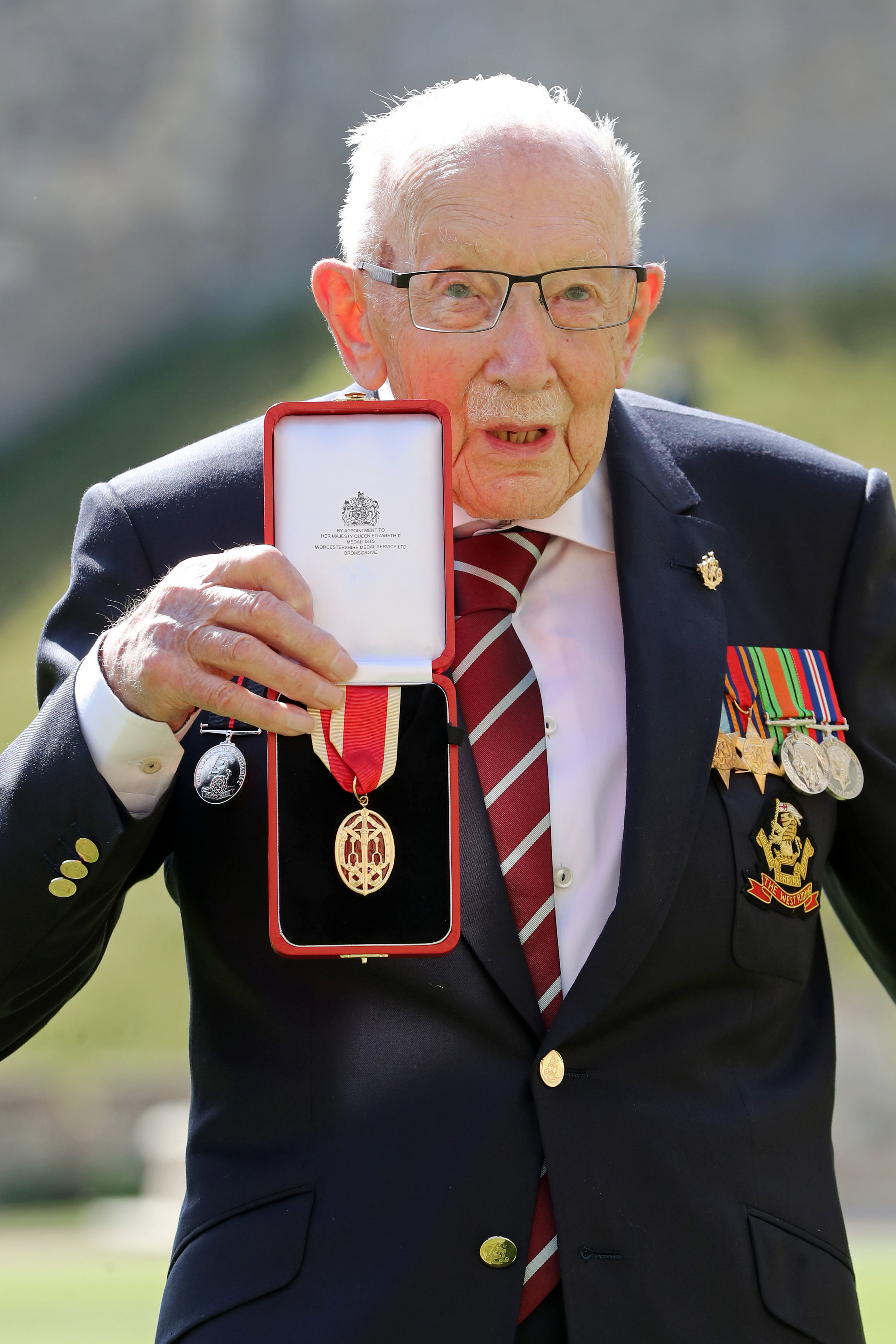 “As soon as I said it, the energy in the room shifted to happiness.

“He made it quite cool to be British again. He made the Union Flag cool again and he allowed us to feel pride in Britain once again.”

What Is ‘Cheugy’? You Know It When You See It.