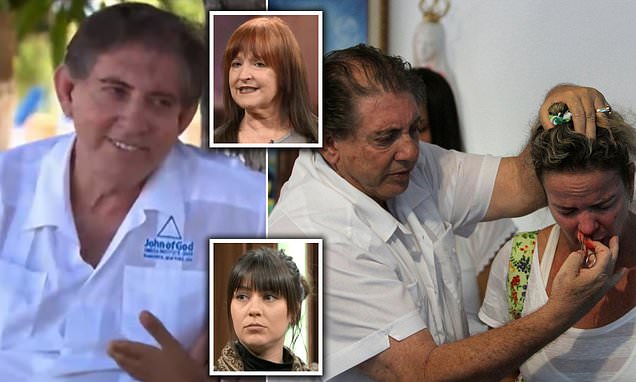 A celebrity faith healer accused of abusing more than 300 women during private consultations at his clinic handed himself into Brazilian police on Sunday.

Joao Teixeira de Faria, who is known as Joao de Deus – John of God – came under fire when ten women in Brazil came forward to accuse him of sexually abusing them at his clinic, Casa de Dom Inacio de Loyola in Abadiania, Brazil.

They announced their bombshell accusations on Brazil’s Globo TV network and authorities were soon contacted by more than 300 other accusers, including de Faria’s adult daughter, Dalva Teixeira. 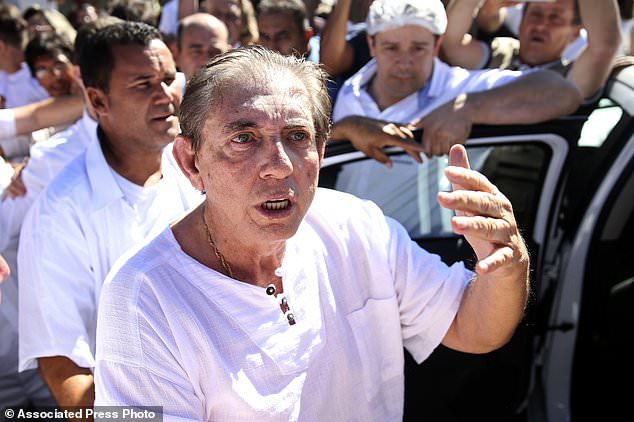 Following the claims, de Faria was given up until 3pm on Saturday to comply with an arrest warrant, however he did not surrender by the deadline and was deemed a fugitive from justice, officials said.

The 76-year-old medium, who has been interviewed by Oprah and has treated Bill Clinton, surrendered on the outskirts of Abadiania, Goais, yesterday, police reported.

According to a video released by the newspaper Folha de Sao Paulo, de Faria said: ‘I surrender to divine justice and justice on Earth.’ 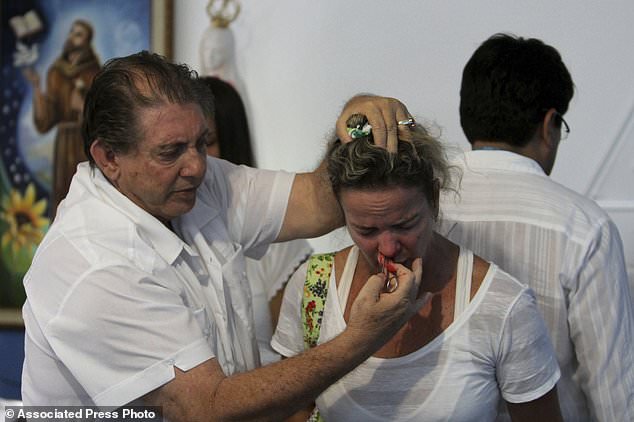 He reportedly spent the night at the State Delegation of Criminal Investigations in the state capital.

In an interview published Friday by Brazilian magazine Veja, Teixeira said that under the pretense of mystical treatments he abused and raped his daughter between the ages of 10 and 14.

His daughter Teixeira, 49, claimed during an interview with Brazilian magazine Veja, that under the pretence of mystical treatments her ‘monster’ father abused and raped her between the ages of 10 and 14. 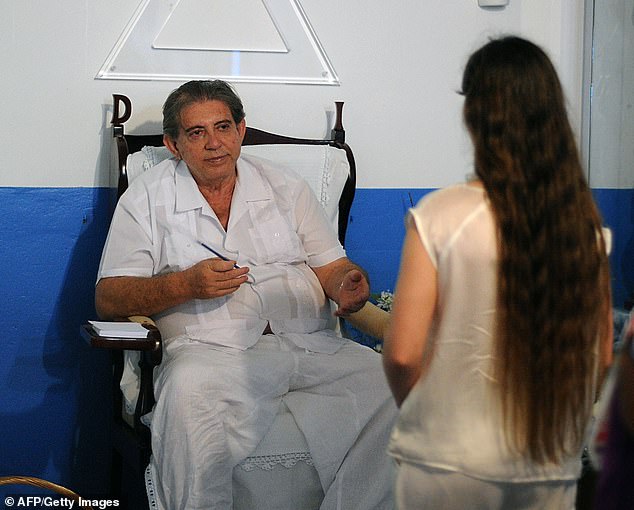 More than ten women in Brazil came forward to accuse him of sexually abusing them at his clinic, Casa de Dom Inacio de Loyola in Abadiania, Brazil (pictured with a patient in 2012) 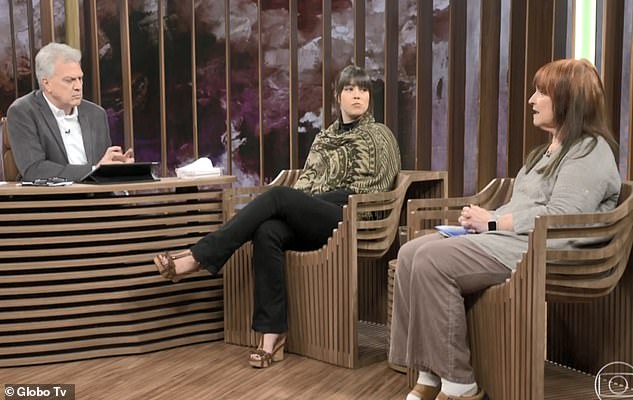 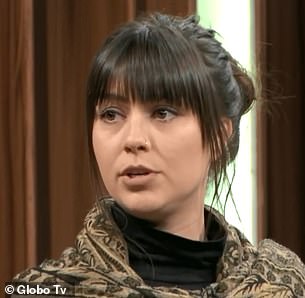 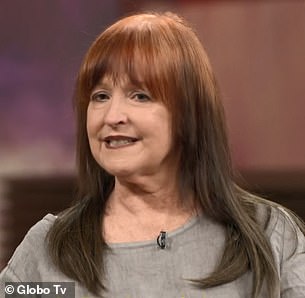 She said her father stopped after she became pregnant by one of his employees, but she alleges she was beaten so severely by her father that she suffered a miscarriage.

Representatives for the law office representing de Faria have said that they were not making statements on the case.

De Faria has been a faith healer for four decades in a small town in central Brazil and became famous for conducting ‘psychic surgeries’ that he claimed could cure diseases, including cancer.

He attracted followers from around the world, all looking for spiritual guidance or cures for afflictions.

He gained international exposure in 2012 when Oprah Winfrey visited his retreat to interview him for her talk show.

In a since-deleted column on oprah.com, Winfrey wrote that she was overwhelmed by the experience of seeing him cut into the breast of a woman without anesthesia and that she left feeling ‘an overwhelming sense of peace.’ 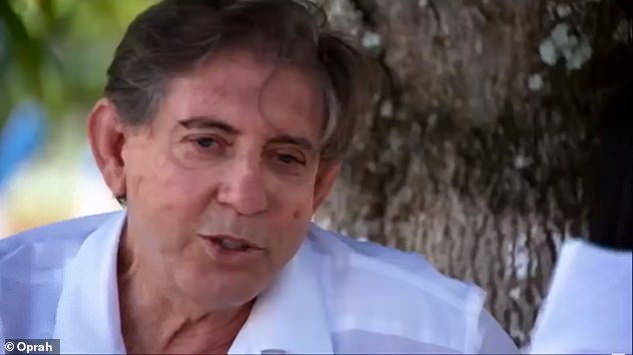 Following the claims de Faria was given up until 3pm on Saturday to comply with an arrest warrant, however he did not surrender by the deadline 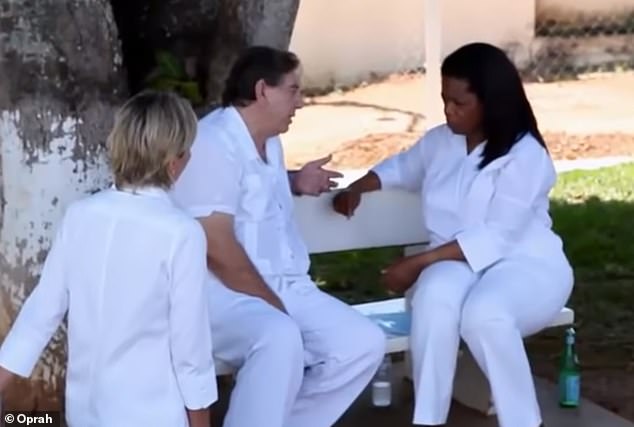 Dutch choreographer Zahira Lieneke Mous accused the medium of manipulating her into performing sex acts then raping her during a visit to his clinic, she revealed on late-night talk show Conversa com Bial.

Nine other Brazilian women, who all chose to remain anonymous, also told the Brazilian TV network they were abused too on the premise of transferring his ‘cleansing’ energy, according to BBC.

Some said they were seeking a cure for their depression and sexual assault trauma when the alleged abuse took place.

Mous said she went to the Abadiania centre in 2014 seeking healing from the trauma of her previous sexual abuses. During her second visit she was told she was chosen to have a private consultation with de Faria.

She recounted that she was told ‘You feel special’, according to Folha de São Paulo. 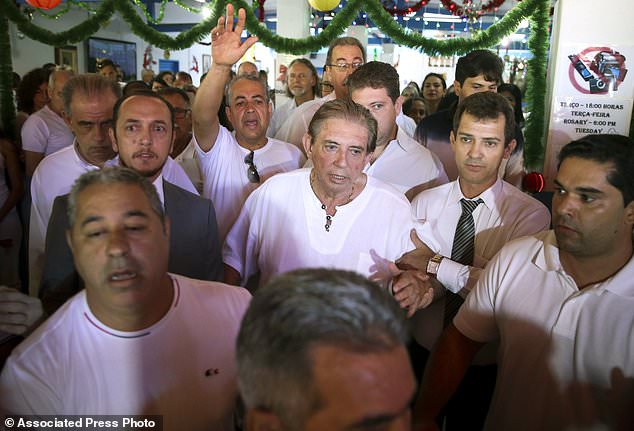 The 76-year-old medium, who has been interviewed by Oprah and has treated Bill Clinton, surrendered on the outskirts of Abadiania, Goais, yesterday

In that horrific second session she claims de Faria came close to her, smelled her skin and asked her to stand with her back facing him and led her to a bathroom.

‘I was terrified of them sending bad spirits in my direction, wrecking my life; that I would not be able to sleep,’ she said on Globo TV.

Other victims said they were also abused after they were chosen for private consultations that made them feel special. They all said de Faria offered them crystals and gemstones after the abuse.