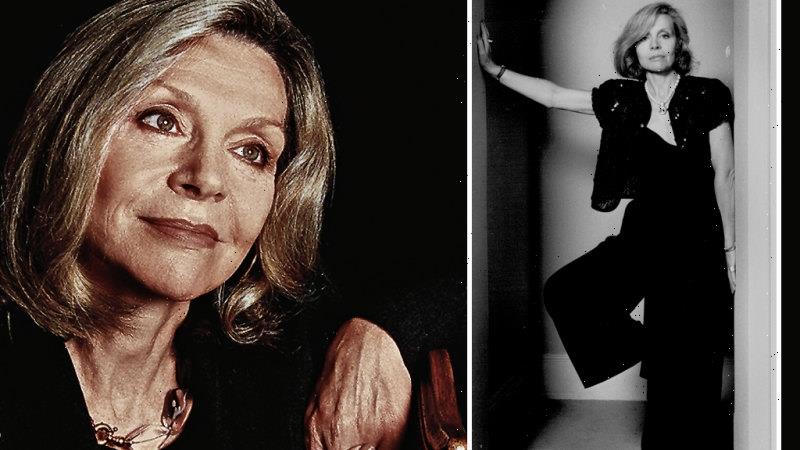 Renowned English cook Nigella Lawson, actor Nicole Kidman and Prime Minister Scott Morrison were among those across the globe to pay tribute to Zampatti after learning of her death.

Kidman, who was on set in Los Angeles for an upcoming film, said the designer was one of the most “chic and elegant” people she had known.

“It is with great sadness that I am hearing this news,” she told the Herald earlier this month.

“She was a trailblazer and inspiration to all of us, female or male. We must respect her place in history, continue to talk of her and hold her close to us in memory of her creativity.”

Lawson said Zampatti was her favourite designer and a lovely person.

Mr Morrison’s wife Jenny has been an enthusiastic devotee of Zampatti’s designs, donning a black sequinned evening number for her meeting with then United States first lady Melania Trump in 2019.

Sydney’s St Mary’s Cathedral is not only a suitably magnificent venue to remember such a magnificent life, but it was also the late fashion icon Carla Zampatti’s personal favourite place of worship ever since she moved to Sydney in 1963.

Barely out of her teens when she left her family home in Perth, the Italian-born Carla’s pilgrimage to the bright lights of the big city were much to her parents’ angst. She came to Sydney with four girlfriends seeking opportunities that a bigger, buzzier city than sleepy Perth could provide.

In her memoir, My Life, My Look, the designer writes about attempting to placate her staunchly Roman Catholic parents concerned about what impact a life in inner-city Sydney might have an their daughter. 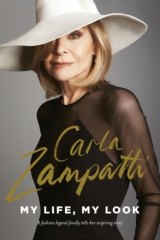 “After arriving in Sydney I tried my best to remain a dutiful daughter, writing to my anxious parents regularly to assure them I was safe and well,” she writes in a chapter titled ‘A Magic Carpet Ride’.

“I told them about the apartment my friends and I had been lucky enough to find so close to the beautiful harbour, my relief at managing to get a job at Fletcher Jones so quickly, how inspiring it was to attend mass in St Mary’s Cathedral with its magnificent stained-glass windows and only a short distance away.”

She admits to sparing her parents the details of her social life at the time. While St Mary’s stained-glass windows were getting plenty of airtime in her dispatchers home, the parties and nightclubs she was discovering most certainly didn’t.

Zampatti’s daughter Bianca Spender has posted a series of tributes to her mother on social media since her passing.

On April 3, she wrote: “Today I lost my mother, my inspiration, my mentor and my friend. I am lost for words and totally heartbroken.”

In the following days, Spender said the family were “holding each other close right now”.

“The outpouring of sympathy reflects what a singular force Mum was,” she said. “Her passion, energy and style was unparalleled, and it is heart-warming to see that she touched the lives of so many people.”

A fashion designer herself, Spender said the past few weeks and the outpouring of kind words had reminded her of her mother’s determination and passion.

“She was always looking to the future,” she wrote. “She was always breaking new ground. In this spirit, I, too, am focused on following her legacy. One step forward at a time.

“The best way I know to honour her is to work hard to create the kind of timeless, enduring fashion that will be loved by you all.”

On Thursday, she posted a video on Instagram showing photos of her mother over the years, and shared details of the service.

Good morning and welcome to our live coverage of the state funeral for Australian fashion designer Carla Zampatti.

The service at Sydney’s St Mary’s Cathedral will start at 10.30am on Thursday. Archbishop of Sydney Anthony Fisher is the principal celebrant.

Zampatti died in St Vincent’s Hospital on April 3, a week after a fall at Opera Australia’s gala outdoor premiere of La Traviata at Mrs Macquaries Point, Sydney Harbour. She was 78.

She is survived by her son Alexander Schuman, daughters Bianca Spender and Allegra Spender, and their children. 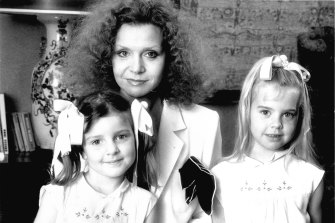 Carla Zampatti with her daughters Bianca and Allegra Spender.

Zampatti’s family has requested in lieu of flowers, donations be made to the Sydney Women’s Fund.

The NSW Government says Thursday’s service, for Zampatti’s immediate family, friends, dignitaries and members of the public, will be an important opportunity to honour the trailblazer.

“Doors at St Mary’s Cathedral will open at 9.30am and guests will need to be seated by 10.15am sharp,” it says of the state funeral. “Members of the public are welcome to attend and will be accommodated inside the Cathedral where possible.

“There is no requirement for people to pre-register. If seating reaches capacity, those unable to attend can watch the service via the live stream at 10.30am.”