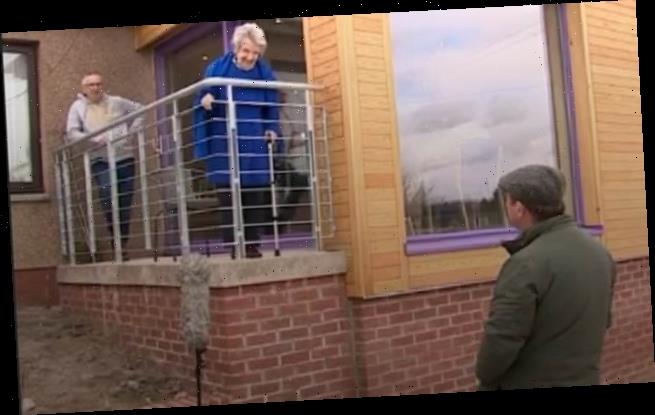 A care home resident who celebrated her 100th birthday in lock down has died two days after her son visited her for the last time.

Vina McLaren had been forced to stay inside due to the coronavirus pandemic and passed away on Sunday morning at the care home in Angus, Scotland.

Just 48 hours before her death she had been visited by her son, 66-year-old Rae McLaren.

The pair managed to have a chat while staying in line with the government’s social distancing rules. 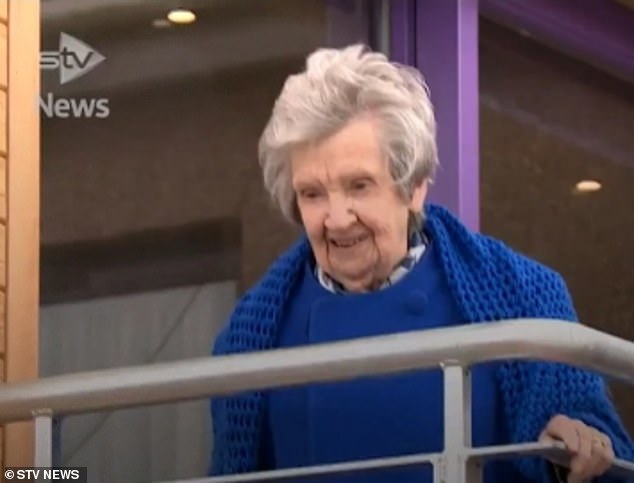 Vina is pictured above, just two days before her death. She was 100-years-old

Her son stood in the car park while she stood on her balcony.

Scottish channel STV filmed the encounter where Vina was heard saying: ‘Imagine anyone living until they are 100, I wouldn’t wish it on anybody’.

She said she had been ‘taking good care’ of herself and praised all the staff, saying that they had been ‘awfully good’.

Mr McLaren would usually visit his mother on Sundays but came two days early in order to be interviewed by the Scottish broadcaster, he may not have been aware that it would be the last time he would see his mother.

Mr McLaren said: ‘I’m so glad that I did because normally I go up on Sunday but if I had waited, it would have been too late as she died on Sunday morning.’

Vina had celebrated her birthday on March 17 with other residents and those working at the care home.

At this point visits to the care home had already been banned due to stop the spread of Covid 19.

So far in the UK 7,978 people have died from the illness had there has been over 60,000 confirmed cases.

Vina died of natural causes and her son said he is fully behind strict safety measures that are in place to keep others safe at this time. 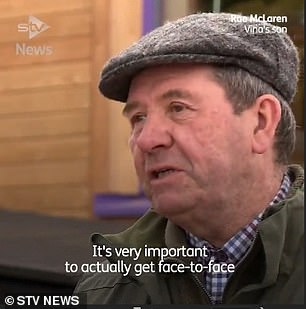 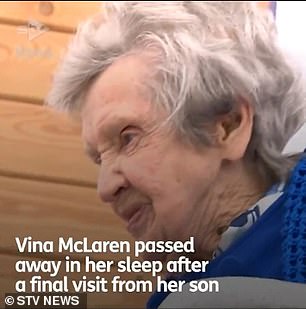 The staff at the care home have been separated from their families since March 19 in a bid to make sure no one contracted the virus and passed it on to their elderly residents.

They are due to leave the care home on April 20, after volunteering to spend 32 nights in isolation.

Due to the lockdown measures still in place up and down the country, only four members of Vina’s family will be permitted to attend her funeral service.

‘One of my sons is in Glasgow and he thought the world of his granny and would have been up here straight away but obviously he can’t.

‘Once this is all over we will all be able to get together and scatter her ashes in the same place where my father’s ashes were scattered.’