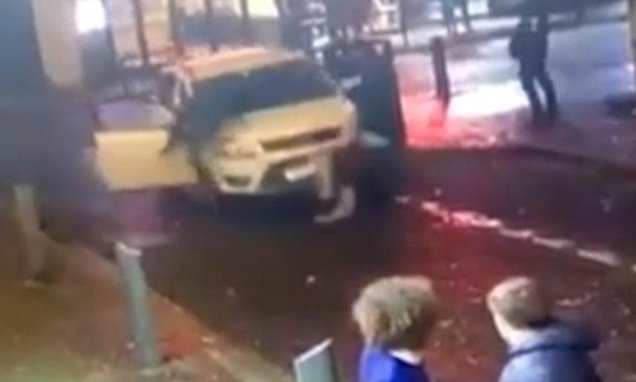 Shocking CCTV footage shows the terrifying moment a group Christmas revellers are hit by a car in Liverpool city centre before the driver flees the scene.

The four men can be seen trying to cross the road in a popular nightlife area of the city before a white Ford SUV suddenly veers towards them, giving them little chance to move out of the way.

The incident happened early this morning at around 2.45 am on Slater Street, a popular bar area in Liverpool with one of the victims ‘walking wounded’ and the worse off suffering from ‘major trauma’, according to North West Ambulance Service.

The vehicle can be seen apparently waiting at the junction before speeding up and risking the lives of the four men, one of whom is in a ‘serious condition’ in hospital.

As the men are mown down, the driver door of the oncoming vehicle is opened in an apparent attempt to do more damage to the group of victims.

But reports from Liverpool suggest that the vehicle was driving away from an incident around the corner, apparently confirmed by an ambulance crew who saw the incident unfold according to a family friend of one of the victims on Facebook. 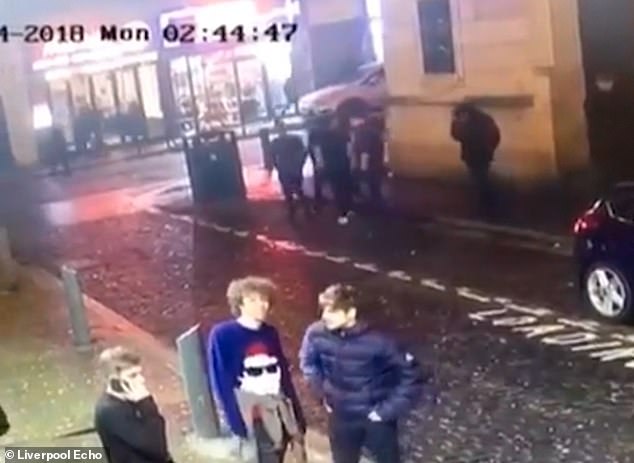 Two of the men manage to run on to the pavement as the other two are carried by the car, one on the bonnet and another dragged underneath the vehicle.

One of the men is thrown by the force of the vehicle outside a Wok & Go restaurant.

The man who is dragged by the white vehicle ends up about 20 yards from the initial impact and looked badly injured with a family friend saying on Facebook that his name is Jak, 18, and he has ‘not good at the moment’ and ‘in a very bad way’ as he has ‘a bleed on the brain’. 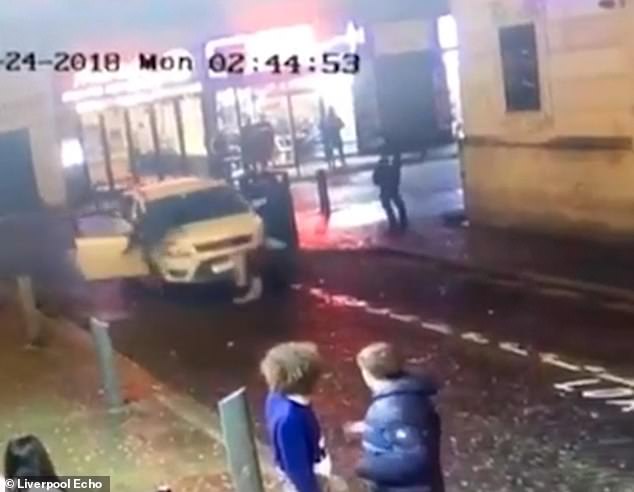 The car swerves around the corner at speed, hitting two men while the other two escape

It is he who is believed to be in a ‘serious but stable’ condition in hospital, according to a Merseyside Police spokeswoman.

The same family friend posted that she spoke to the young man’s mother who is with police.

‘Just glad the driver got caught,’ she added before saying: ‘Jak is a lovely lad he’s at uni studying very well mannered man.’ 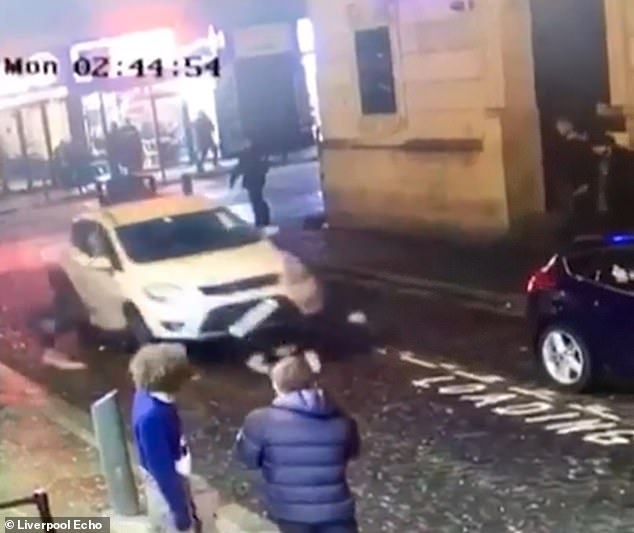 A security man from one of the bars, Diablos, runs to the aid of the man worse off as shocked onlookers react.

A vehicle full of young men were mere feet from the apparent attack, parallel to the man’s lifeless body. 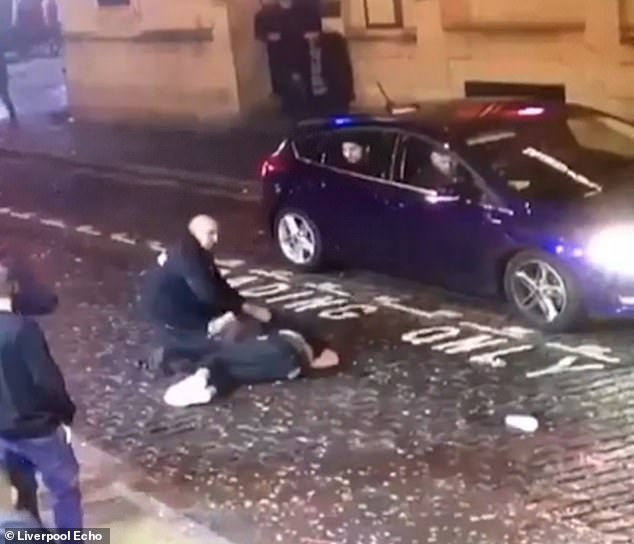 The worst hit of the two, allegedly an 18-year-old called Jak, is tended to by Diablos bar staff

They reacted in awe to what the saw unfold right beside them.

People soon surrounded the man to check on his well being as one man covered his mouth in disbelief.

Reacting to the video online, Beth Whiton said: ‘Oh my god that video of the car knocking the lads down on bold street.

‘It made me feel sick just watching it! Thank god theres cctv to find the car and the disgusting person driving it.’

Lydia Mullen said: ‘Why going out is such a worry these days!!!!’

Tim Kemp added: ‘That’s ripped a few families up for Christmas they only look so young what shocking footage.’

Bob Corker jabs back at Donald Trump in Twitter beef