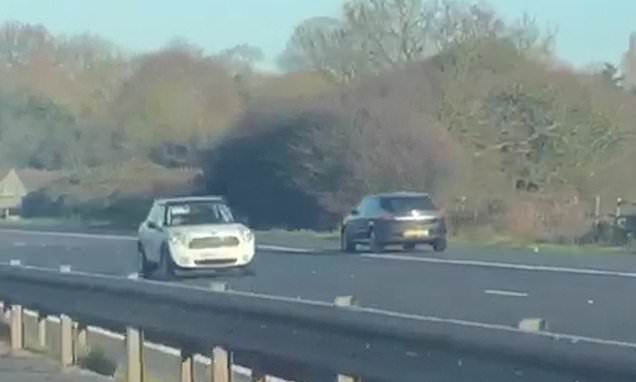 This is the shocking moment a car drives the wrong way down the hard shoulder of M11 for more than two miles towards lorries and cars.

Footage shows the black car racing past oncoming traffic and reportedly hitting speeds of more than 100mph between Harlow and Stansted on Monday.

The driver accelerates as cars and huge lorries drive in the opposite direction in dangerously close proximity to the vehicle. 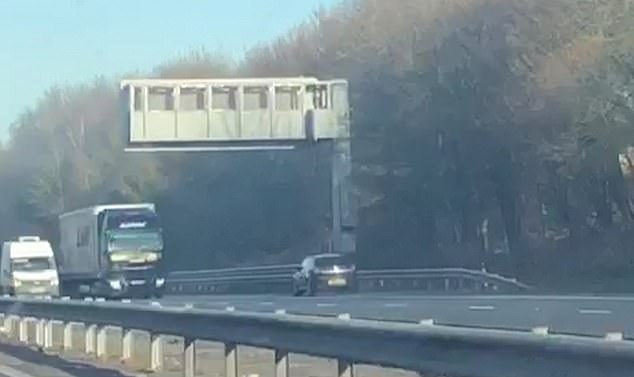 Barney Stinton, 39, from Coggeshall in Essex, was with his wife and three sons when they witnessed the reckless motorist careering down the hard shoulder for almost two miles.

Mr Stinton told MailOnline: ‘We were driving back from a weekend away and had just gone past the Harlow junction on the M11. We were heading north.

‘I noticed something to my right which immediately startled me as you’re used to seeing traffic come towards you down your right hand side, not overtake you.

‘It was actually sickening to see this car speeding up the hard shoulder against the oncoming traffic.

‘I had my three sons and my wife in the car which made it even more horrifying to watch.

‘We were following it for a mile or so but the driver was doing over 100mph I’d say. 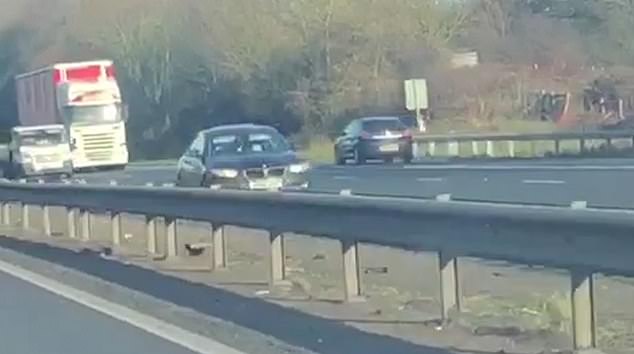 ‘To our horror he came across a parked van on the hard shoulder, he braked and veered into the oncoming traffic to go around it. It’s only luck that there was a small gap in the traffic and nobody was killed.

Mr Stinton said the family were shocked at the incident but were grateful that no one was hurt.

He said: ‘We were all so shocked and grateful that it was on the opposite side of the carriageway to us. Imagine being broken down on the hard shoulder and seeing that come towards you.

‘My son Sam did what any 15 year old would do and picked up his phone to video it.

‘I have no idea if the car came off the M11 at Stansted or continued towards Cambridge but we were fully expecting to drive past an accident further up the motorway. People like that have to be taken off the roads for good.’ 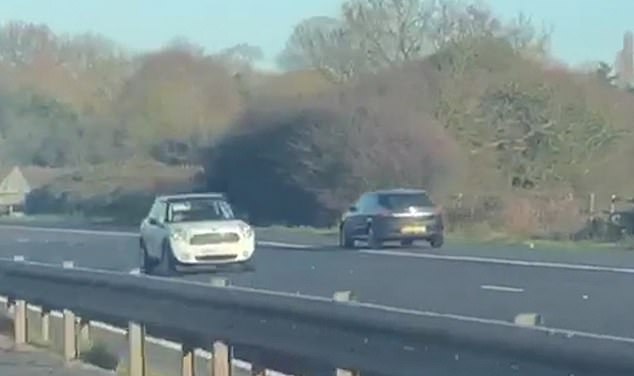