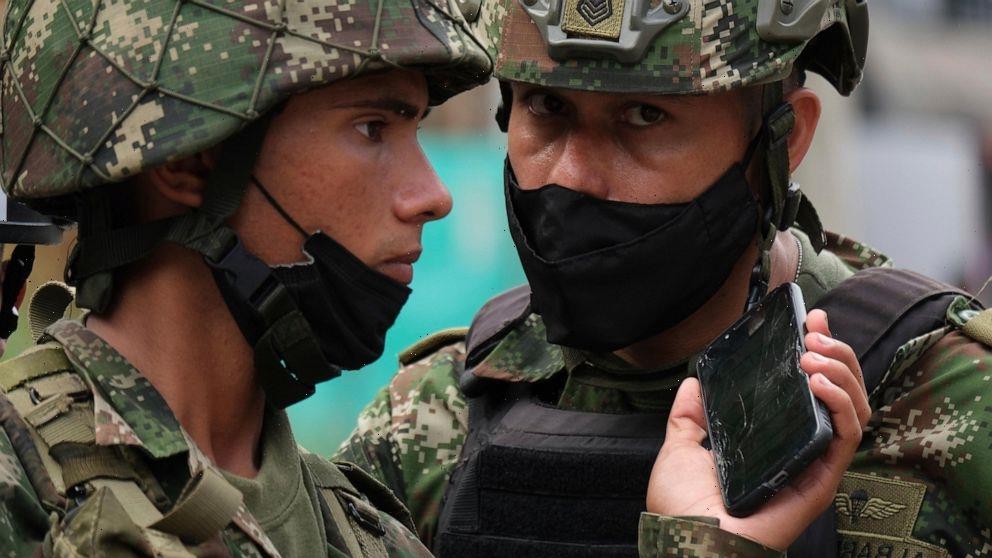 BOGOTA, Colombia — A car bomb exploded inside a military base in the Colombian border town of Cucuta on Tuesday, leaving 36 people injured, including three in critical condition, officials said.

During an emergency visit to the base, Defense Minister Diego Molano described the blast as a “vile terrorist attack” that targeted Colombian soldiers and sought to injure as many troops as possible.

Molano said the National Liberation Army, Colombia’s largest remaining rebel group, was likely behind the attack, though he did not provide any evidence to support that claim.

He also said dissident members of the Revolutionary Armed Forces of Colombia, a group that signed a peace deal with the government in 2016, could have been involved.

Last year a group of U.S. military trainers and advisers from the First Security Force Assistance Brigade spent time at the base that was bombed Tuesday with some also visiting another base located in the town of Tibu.

Videos posted on social media showed dark columns of smoke rising from the base followed by a loud explosion that shattered windows and destroyed offices.

The explosion comes as antigovernment protests appear to wind down in Colombia, with protest leaders announcing Tuesday that they will suspend marches that have been going on for seven weeks. At least 50 people have died in the protests over poverty and growing inequality, which started on April 28.

Molano said Tuesday’s explosion occurred shortly after 3 p.m. when men disguised as soldiers drove a white pick up truck into the base.

In 2019, a car bomb set off by the ELN at a police academy in Bogota, killed 21 people and prompted the government to end peace talks with the rebel group.